One year ago tomorrow, Chinese authorities imposed the most Draconian lockdown of the pandemic. It was in the city where it all began, Wuhan. People couldn't leave their apartments. If they displayed symptoms, they were taken to a quarantine center. And a year on, residents of Wuhan are conflicted about those measures. Many are still sorting through the trauma of the early days of the pandemic. NPR's Emily Feng has been covering the coronavirus in China from the beginning and went back to Wuhan to talk to people about their memories of that time.

EMILY FENG, BYLINE: The last time I was here, at Wuhan's main shopping promenade last April, it was completely dark and deserted. Now, one year later, the street is popping with color and people.

Wow, the lights. It looks so different.

Wuhan is largely back to normal. Most of its residents want to move on.

Song Feifei works at a snack store along the promenade and thinks the lockdown was worth it.

SONG FEIFEI: (Through interpreter) The lockdown wasn't so bad, except for having no freedom. Just give us Internet, and we young people can stay at home forever.

FENG: Business is still slow, and new virus cases are still showing up in China. But behind the checkout counter, Song is cheerfully realistic about the future.

SONG: (Through interpreter) We're not going to go back home for Chinese New Year, and you have to show your health certificate wherever you go. But for us, there's been not much impact, thankfully.

FENG: All of this depends on who you ask, however.

MS ZHONG: (Through interpreter) The people who did not experience tragedy, they've forgotten already. They only think, everything is good now.

FENG: That's Ms. Zhong. Her son got sick in February, but the severity of the lockdown meant no cars could take him to any of Wuhan's overcrowded hospitals. So he hitched a ride on the back of an open truck in freezing rain looking for care. He finally got a hospital bed, but no one attended to him. He sent desperate messages for help to his wife before he died several days later.

ZHONG: (Through interpreter) My biggest regret is that I sent him to the hospital. At least at home, he would have gotten something to eat, people to care for him. Now, when I think of him, my heart hurts more than I can bear.

FENG: Ms. Zhong wants to remain partially anonymous because authorities have arrested people who documented how local governments at first struggled to provide care. Last month, a lawyer-turned-blogger named Zhang Zhan was sentenced to four years prison for shooting videos about the desperation of Wuhan's residents in the early days of the lockdown. This is one of the lawyers who represented Zhang. He asked to remain unnamed because he could lose his law license for speaking to NPR.

UNIDENTIFIED LAWYER: (Through interpreter) We don't know how big this group of people are, but their stories are shocking. The cost they paid for all of us was everything they had.

FENG: Two other well-known bloggers remain in what is effectively detention. A third, Wuhan businessman Fang Bin, has simply disappeared.

FENG: Fang became famous after filming this video of eight corpses being unloaded from a major Wuhan mortuary just a week into lockdown. The video shocked Chinese viewers.

UNIDENTIFIED PERSON: (Through interpreter) At first I thought, what's so serious about this virus? Why are they locking down the city? It was only after watching this Fang Bin video that I realized how bad things were.

FENG: That's a volunteer who delivered medical supplies and food during lockdown. He also requested anonymity. Many health experts say a Wuhan lockdown should have begun earlier and would have slowed down the virus' spread. This volunteer says, nonetheless, he cannot forgive the cost it placed on the city's residents, a cost he feels other Chinese citizens do not grasp.

UNIDENTIFIED PERSON: (Through interpreter) The lockdown created a run on medical resources and a sense of panic. Many people with conditions other than the coronavirus couldn't get care as a result and died during lockdown.

MELANIE WANG: (Through interpreter) When I remember the anxiety of the lockdown, I'm very sad, especially because people who told the truth were arrested and even jailed. What has this world come to, where officials get to escape blame for such tragedy?

FENG: Wang remembers during the lockdown, the only cars she saw for weeks were from the mortuary. Her elderly father was in the hospital during the pandemic and had COVID-like symptoms. That sent the family into a panic until he tested negative. In the meantime, two other relatives died from chronic illnesses for which they normally received regular treatment that was interrupted during the lockdown.

WANG: (Through interpreter) We're still living by some fluke. But who knows what could happen the next minute? What will tomorrow bring?

FENG: For some, the severity of the lockdown is a point of pride. It showed how well their top-down political system could work. Then there are thousands of people like Ms. Zhong, who lost her son. They bore the brunt of these measures.

ZHONG: (Through interpreter) All officials see is a statistic of total deaths, but each was a sacrifice made by us common folks, a pointless sacrifice. Who wants to be a hero in that case?

FENG: She is quivering with grief as she says these words, her dry eyes fixed on some distant point in the past. Emily Feng, NPR News, Wuhan, China. 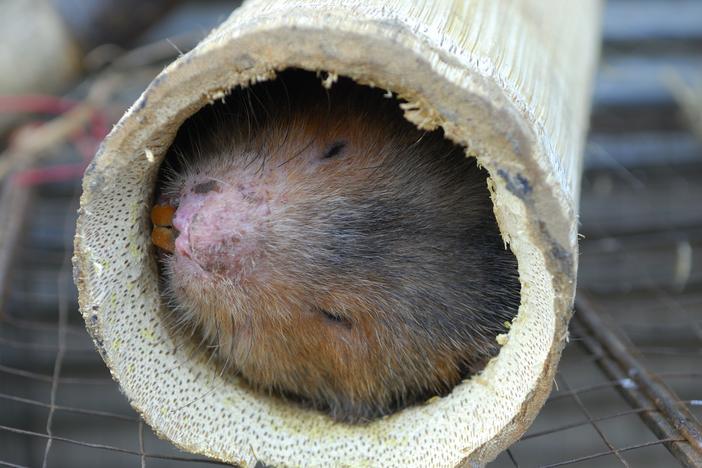 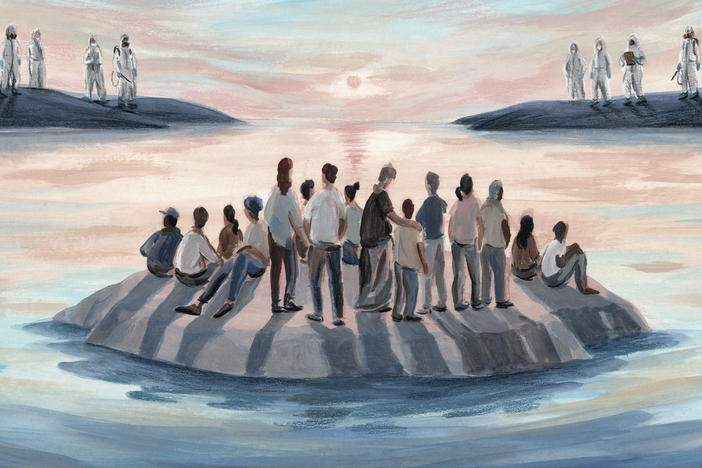 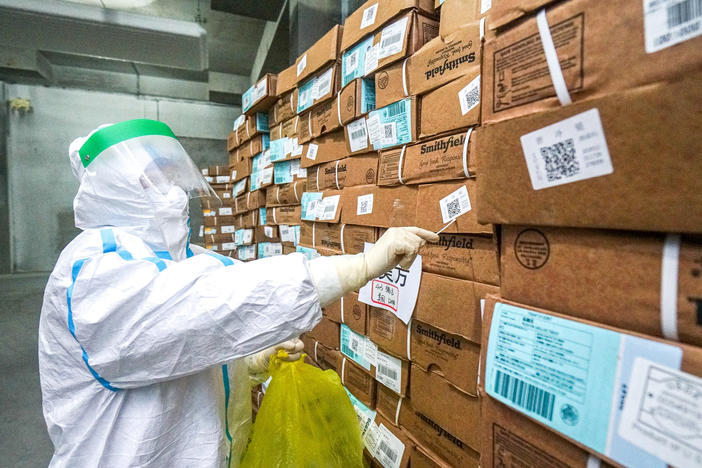