The street where I grew up in Kano, northwest Nigeria, is called Independence Road. Each day, it reminded me of Nigeria's independence and sovereignty from Great Britain on Oct. 1, 1960.

This year, as the country marks its 60th anniversary, celebrations will be muted due to COVID-19-related restrictions. But as many Nigerians stay home to celebrate, I hope they will watch the Netflix documentary series Journey of an African Colony, The Making of Nigeria, produced and narrated by Olasupo Shasore, the former attorney general and commissioner for justice in Lagos State and a historian and writer. The series, which has its world premiere on Thursday on the streaming service, traces Nigeria's history of slave trade and colonial occupation — and then independence.

As a Nigerian living in Nigeria, I found the documentary a powerful reminder that to truly celebrate this country's independence, we must take stock of where we came from.

The series begins with clips of Great Britain handing over the reins of power to Nigeria on Sept. 30, 1960. I was happy that it opened with interviews with two women who witnessed Nigeria's first Independence Day celebrations. This is a departure from the usual focus on men for such interviews.

Both women described the joy and pride they felt witnessing such a momentous occasion at the Independence Day ceremony at Race Course (now called Tafawa Balewa Square) in Lagos on Sept. 30, 1960. "I can still remember I was watching that flag. It was the British flag I was watching coming down, coming down, and the Nigerian flag, going up, going up," said Francesca Emmanuel, a former federal permanent secretary, in the documentary. "When the Nigerian flag got to the top, the whole of the racecourse lit up and then they shouted — and then the fireworks! It was a memorable early morning." As a Nigerian, I could relate to these feelings. 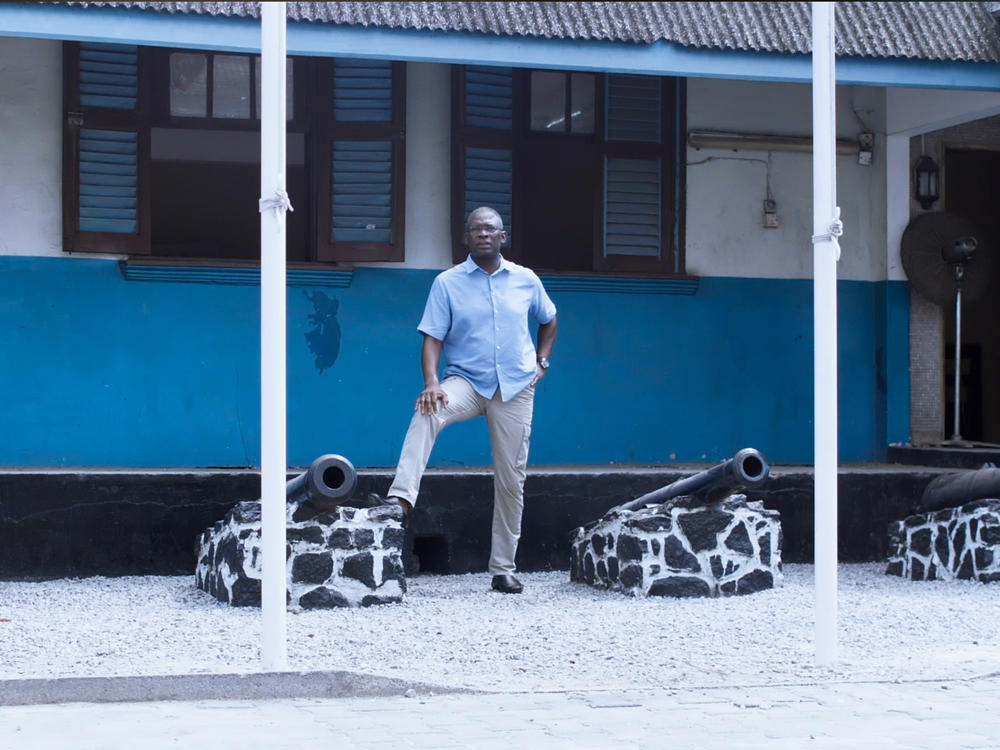 Caption
Olasupo Shashore, an author and historian and former attorney general in Lagos State, produced and narrated the new Netflix documentary series Journey of an African Colony: The Making of Nigeria. He's shown above in Lagos, Nigeria.

Shasore — whose books, A Platter of Gold: Making Nigeria and Possessed: A History Of Law & Justice In The Crown Colony Of Lagos 1861-1906, form the basis of the documentary — then takes viewers through the history of slavery. He says that "the transatlantic slave trade is the greatest human dispersal in history." He argues that Nigeria's role in slavery has not been properly acknowledged by historians. For example, slave merchants transported more than 4 million slaves from Nigeria to the west.

This documentary reminds me of my visit to Ghana in 2005 as part of my international fellowship with the Ford Foundation. A cohort of fellows from Ghana, Nigeria and Senegal visited the famous Elmina Castle to learn about the slave trade. Built by the Portuguese in the late 1400s, it became an important stop on the route of the Atlantic slave trade. We saw the "door of no return" gate. Once a slave passed through, there was no going back but onward, in shackles, to foreign lands.

Shasore reminds viewers that the slave trade run by European countries would not have been successful without participation of locals — an idea that started becoming prominent among Nigerians a few years ago. I myself was not aware of this until Nigerian writer Adaobi Tricia Nwaubani wrote about it in The New Yorker in 2018. In the piece, she told of her great-grandfather's role as a slave trader: "Long before Europeans arrived, Igbos enslaved other Igbos as punishment for crimes, for the payment of debts, and as prisoners of war. The practice differed from slavery in the Americas: slaves were permitted to move freely in their communities and to own property, but they were also sometimes sacrificed in religious ceremonies or buried alive with their masters to serve them in the next life," she wrote.

Sometimes I wish I could speak to my great-grandparents to hear their stories about the slave trade. Maybe they were enslaved. Maybe other family members of friends were enslaved. Sadly, they died decades before I was born. However, both my uncle Victor Nsofor and Obidinma Onyemelukwe, a professor and a member of my hometown Nanka's leadership council in southeast Nigeria, confirmed to me that there was a slave market in one of our villages. Indeed, the slave trade was closer than I knew. The next time I go to my village, I will visit and explore the site of Eke Ntai slave market in Amako village. According to scholars, local slavery in southeast Nigeria continued until the 1950s.

A recurring message in the documentary is the forceful removal of Black Africans from their communities to become slaves. Consequently, they lost connections to their roots. However, within the past two decades, DNA testing has helped Africans in the diaspora trace their roots back. For example, the late actor Chadwick Boseman was part Yoruba (Nigerian) and Limba (Sierra Leonian), pastor T.D. Jakes and actor Forrest Whitaker both have Igbo ancestries, and CNN journalist Don Lemon is part Nigerian, Ghanaian and Congolese.

After the slave trade ended came colonial occupation. At the Berlin Conference of 1884, European nations carved up the continent and shared the different nations among themselves. I believe it was all about human trafficking, which was sanctioned by the state, clergy and businesses. Great Britain's share were the nations that now make up present-day Nigeria.

The British colonialists ended up stitching together a country made of diverse cultures. Nigeria has more than 250 ethnicities and above 500 languages! These nations within Nigeria have been battling to live in peace with each other since Nigeria's independence. Some ethnic groups have called for secession. Between 1967 and 1970, Nigeria fought a brutal civil war, which led to deaths of at least 1 million Igbos. My only maternal uncle fought in the war and never returned. Although the Biafra-Nigeria civil war ended 50 years ago, the push for nation-building continues among all ethnic groups.

I am Igbo from the southeast part of Nigeria. I grew up in Kano state in northwest Nigeria, my wife is from Edo state, in southern Nigeria and my mother-in-law is from Lagos state in southwest Nigeria. Therefore, my two daughters have Igbo, Edo and Yoruba ancestries. My nuclear family is a microcosm of Nigeria, spanning formerly different nations. To me, Nigeria should not fail. It would be like my family failing.

I want Nigerians to live in peace. However, impacts of slave trade and colonialism continue to threaten our cohesion. Although on paper Nigeria is independent, it is not fully so given its overt dependence on foreign donors to fund social services despite the country's ability to pay for much of the services itself. For instance, Nigeria's total annual health expenditure is $10 billion. While $7.7 billion is spent by Nigerians as they pay for health services, the government and nonprofit organizations in Nigeria focus more on maintaining the $1.1 billion of total international donor support. Nigeria should instead put effort into finding creative ways to fund its health system by looking inward and rechanneling available resources.

Shasore's documentary made me realize that all the nations that make up Nigeria went through the trauma of slavery and colonialism. We need to constantly remind ourselves of our shared painful history so we can all heal together as a united Nigeria.

Dr. Ifeanyi Nsofor is the director of policy and advocacy at a health group called Nigeria Health Watch and Senior New Voices Fellow at the Aspen Institute. 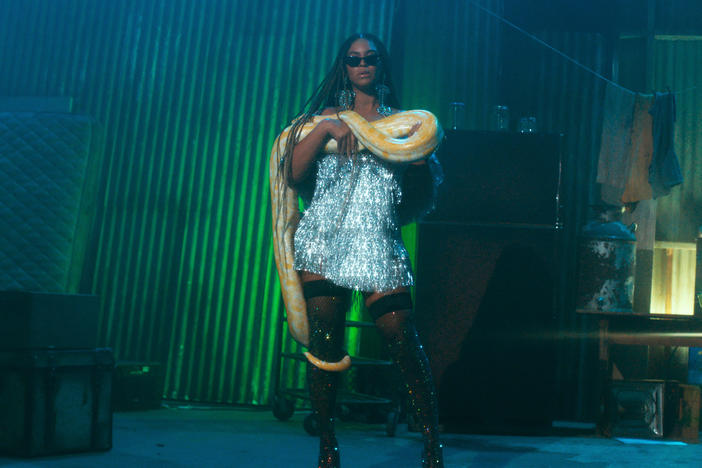 Opinion: We Are Africans. Here's Our View Of Beyoncé's 'Black Is King'

Esther Ngumbi, a professor from Kenya, and Ifeanyi Nsofor, a doctor in Nigeria, react to the megastar's movie-length music video — and to criticism from other Africans. 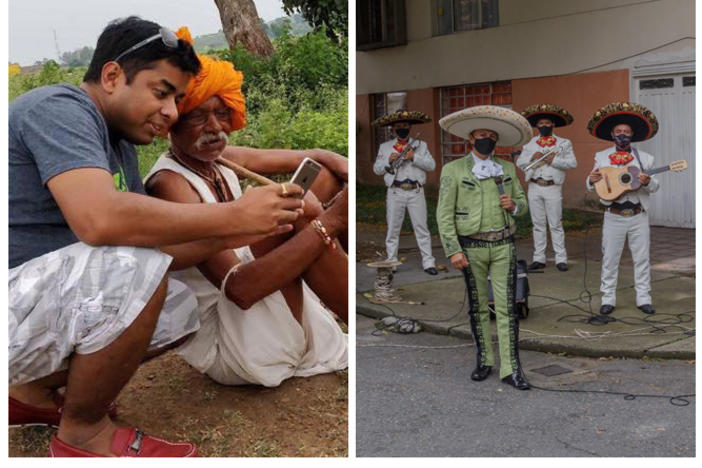 How 6 Problem-Solvers Tackled Pandemic Challenges In Their Neighborhoods

From a generous urban farmer to a roving mariachi band, people are using their talents to help others. Read their stories — then nominate a problem-solver in your community. 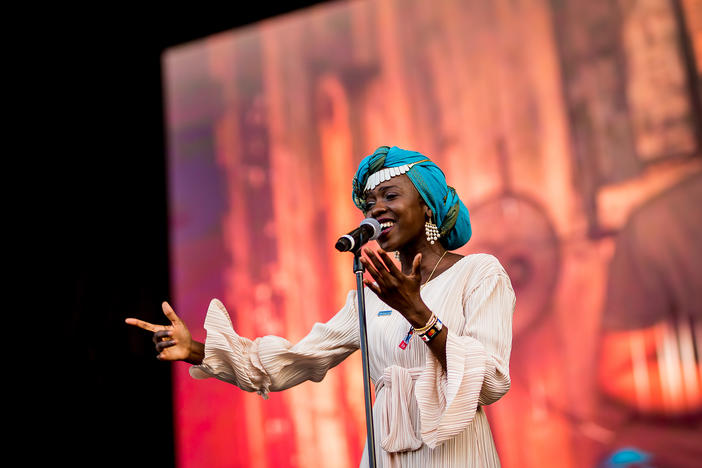