Let's move onto some other stories now. Most orchestras emphasize music by composers we could name - Mozart, Beethoven, Brahms - but a small Boston organization takes another path. They received an honor at the Gramophone Classical Music Awards for service to overlooked American composers. WBUR's Andrea Shea has more on the Boston Modern Orchestra Project.

ANDREA SHEA, BYLINE: The Boston Modern Orchestra Project's musicians are in the middle of what they playfully call a record-a-thon to capture nine complex compositions in four days.

GIL ROSE: One of the things that's closest to my heart is the idea of resurrecting and presenting, recording and disseminating pieces that had a moment and, for whatever reason, disappeared.

SHEA: Gil Rose founded BMOP, as it's known, 25 years ago as a young conductor who wanted to address what he saw as a serious issue in the concert music world.

ROSE: Why were orchestras playing the same pieces over again? - was the central question I asked myself - masterworks, to be sure, but the same masterworks over and over again.

SHEA: One answer Rose found is money. It's safer to program crowd-pleasing chestnuts that sell tickets rather than riskier, contemporary pieces. But that, he says, isn't healthy for orchestras or the classical genre. So back in 1996, Rose gathered a bunch of like-minded adventurers to join him on a mission, bringing to life both new pieces and neglected music written over the past 100 years. He points to Wayne Peterson's Pulitzer Prize-winning work "The Face Of The Night, The Heart Of The Dark," which premiered in 1991.

(SOUNDBITE OF BOSTON MODERN ORCHESTRA PROJECT PERFORMANCE OF PETERSON'S "THE FACE OF THE NIGHT, THE HEART OF THE DARK")

ROSE: That piece had its initial performances by the San Francisco Symphony, then no subsequent performances, even after winning a major award, recognized internationally. Now people can go out and stream it and listen to it on Spotify or YouTube or buy a recording. It's there.

SHEA: BMOP has been releasing nine to 12 composer-centric recordings a year on its own label, BMOP/sound, launched in 2008.

SHEA: Flutist Rachel Braude has been stretching her abilities with BMOP since it formed.

BRAUDE: There's melodic, you know, you can hear it the first time and you'll hum it. There's stuff that you definitely are not going to hum the first time because you're like, what's the melody? There's no melody. There's just a lot of really interesting sounds.

SHEA: There are full operas, too, with more on the way. BMOP is about to embark on a new initiative to record five under-performed operas by Black composers over the next five years.

SHEA: This recording of Tobias Picker's opera "Fantastic Mr. Fox" won a Grammy in 2020. It's one of music critic Lloyd Schwartz's BMOP favorites.

LLOYD SCHWARTZ: The fact that they are doing so many recordings, that's a really crucial phenomenon.

SHEA: Schwartz has been following the orchestra's quest from the beginning.

SCHWARTZ: You feel that missionary spirit in the performance, that they're doing this not out of some obligation or theory, but they're doing it because they really love to do it. And they really think it's important for people to hear this.

SHEA: Schwartz says commissioning large-scale works by living composers is one of the most important things a musical organization can do. And it's far too rare. Lei Liang agrees.

LEI LIANG: Without BMOP, many of these pieces would not have been created.

SHEA: Including Liang's award-winning "A Thousand Mountains, A Million Streams," which BMOP premiered and recorded in 2018.

SHEA: This 30-minute soundscape is a deep reflection of Liang's cultural heritage. While none of BMOP's musicians are of Chinese descent, he says their inspired playing and dedication realized his vision.

LIANG: It's more than just playing your piece. It is to understand you and invest in you and thinking what you do matters.

SHEA: And having a permanent record of such a personal piece means the world to Liang.

LIANG: Composers sometimes talk in the extreme terms. We'll say, oh, I got this recording. I can die now (laughter) because I feel so happy that this represent me, you know (laughter)? And what else can you ask for as a composer, right? 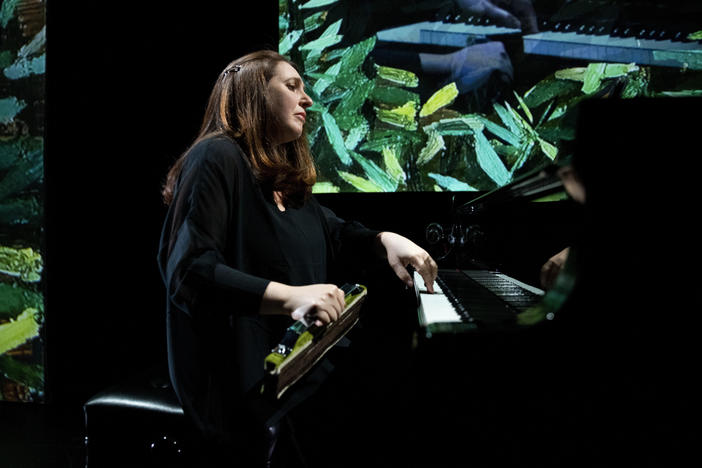 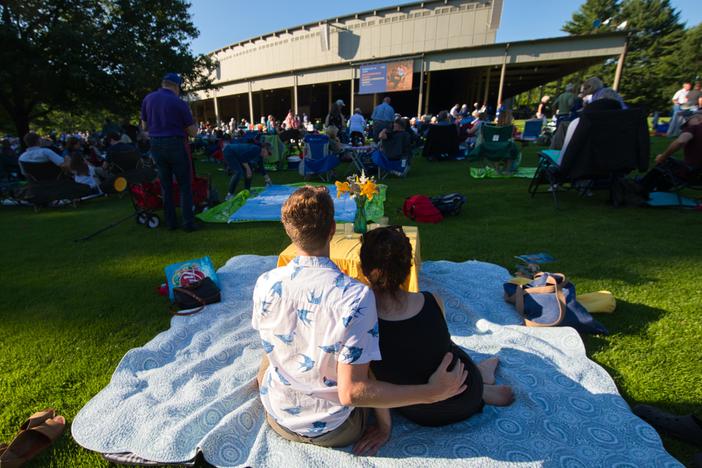 Back Together And Blown Away: The Boston Symphony Orchestra Returns To Tanglewood

The Boston Symphony Orchestra recently returned to its storied summer home, Tanglewood, after the pandemic canceled last season. With reopening comes normalcy, as well as an opportunity for growth. 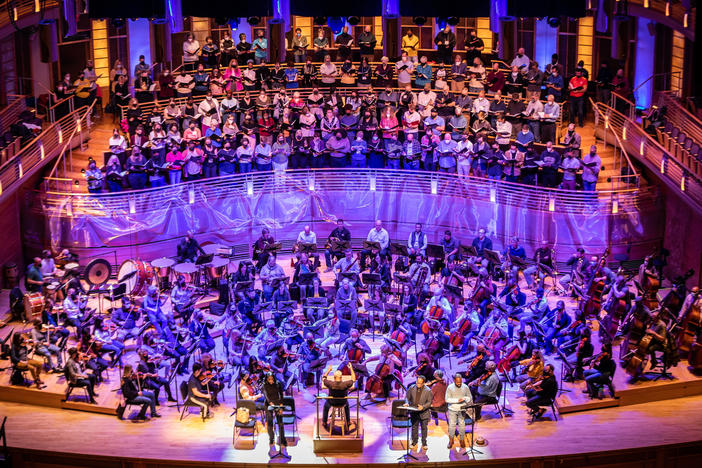 In "A Knee on the Neck," composer Adolphus Hailstork and librettist Herbert Martin pay tribute to Floyd's memory and offer hope for the future – while wrestling with the realities of the present day.