EU Regulator: AstraZeneca Vaccine Effective; Blood Clots May Be A Rare Side Effect

The European Medicines Agency said Wednesday that blood clots should be listed as a possible but rare side effect of the AstraZeneca COVID-19 vaccine, stressing the shot's benefits outweigh the risks.

The European Union's drug regulator today said there is a possible link between AstraZeneca's COVID vaccine and rare but sometimes fatal blood clots. The AstraZeneca vaccine, of course, has already been administered to tens of millions of people. It's on track to be the most widely used vaccine in the world this year. Here's Emer Cooke, head of the European Medicines Agency.

EMER COOKE: This case clearly demonstrates one of the challenges posed by large-scale vaccination campaigns. When millions of people receive these vaccines, very rare events can occur that were not identified during the clinical trials.

INSKEEP: I want to clear up some confusion here. Didn't we already go through this story? Europeans raised concerns about AstraZeneca. They paused the vaccinations in dozens of countries for a while, and then they decided it seemed OK and went ahead with the vaccinations.

BEAUBIEN: Yeah. So that happened. And after that, they said they're going to really look at this. They're going to dig in, look at every case that they can find. And so now they are coming back and saying they do believe that there is a possible link between this AstraZeneca vaccine and these very rare blood clots that have occurred. And they're saying that that now needs to be listed as a possible side effect on the actual product. They're saying that the company needs to go back and do some studies. So what's different here is they're saying now that they do believe that there's a possible link between the vaccine and these blood clots. Previously, they were saying we think it's just like the normal type of blood clots you'd see every day in such a vast population.

INSKEEP: I think I want to make sure about the scale of this problem. From what we just heard the head of the European Medicines Agency say, I get the impression that if you're just doing a test of tens of thousands of people, which is a lot of people, the blood clot problem did not come up. You have to give the vaccine to millions of people before you begin to find a few who may be of concern. Is that right?

BEAUBIEN: That is right. And so what they're saying is that the clinical trials, which were in tens of thousands of people, they didn't see these blood clots popping up. Now they've given 25 million doses of AstraZeneca in the EU, in the U.K., and they have come up with about 200 cases that they believe are linked. These happened in people within four to 14 days after they got vaccinated, and 18 of them were fatal. But that's 18 out of 25 million who have received the vaccine.

INSKEEP: So does this mean the vaccine can or cannot continue to be used?

BEAUBIEN: So they're saying absolutely. At the moment, they've got thousands of people dying of COVID across the EU. And they're saying that the benefits of getting people vaccinated with AstraZeneca, particularly with the concerns about variants starting to take hold, is much more important than, unfortunately, when you're doing the math and weighing the cost-benefit analysis, than the few people who may get these blood clots. They still are investigating it. They still are not exactly sure what's causing it. But they say they do see some sort of link between the vaccine - the AstraZeneca vaccine and these blood clots. And they are saying they are not seeing it in the other vaccines that they're using.

INSKEEP: So what specifically should be done to protect the safety of those few people who might be affected? Because there's plenty of people who might feel they're at a little greater risk.

BEAUBIEN: So one thing is that they have found that this seems to be more likely among women under the age of 60. They're saying they should potentially be using a different vaccine and that people who are giving it should actually be monitoring people closely and getting them treatment immediately if they are showing any signs that they might have gotten one of these clots.

INSKEEP: Keep an eye on people for that four to 14 days afterwards.

INSKEEP: Jason, thanks so much. 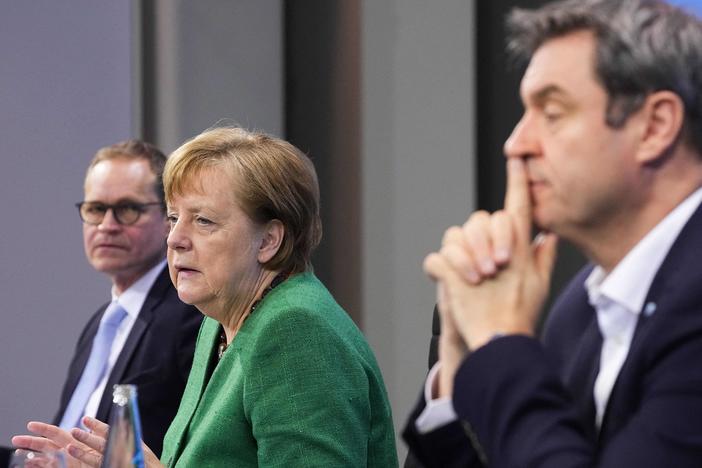 The German chancellor announces an intensified coronavirus lockdown going into Easter, warning that new mutations raise the specter of a potentially deadly "third wave" of COVID-19. 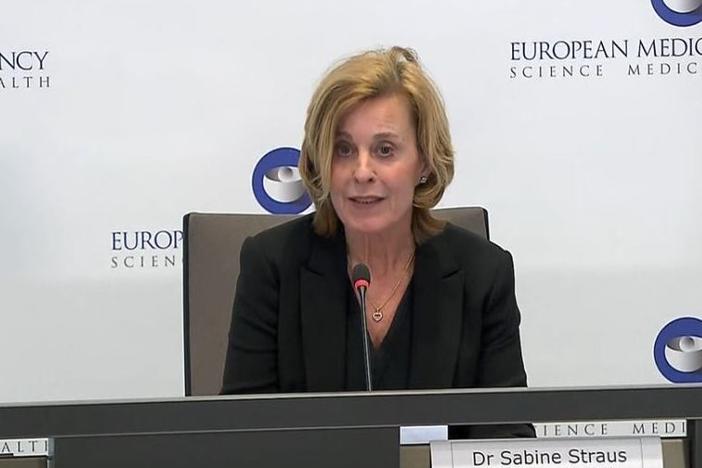 "Its benefits continue to be far greater than its risks," said Dr. Sabine Straus of the agency's risk committee. It found no increase in the overall risk of blood clots with the vaccine. 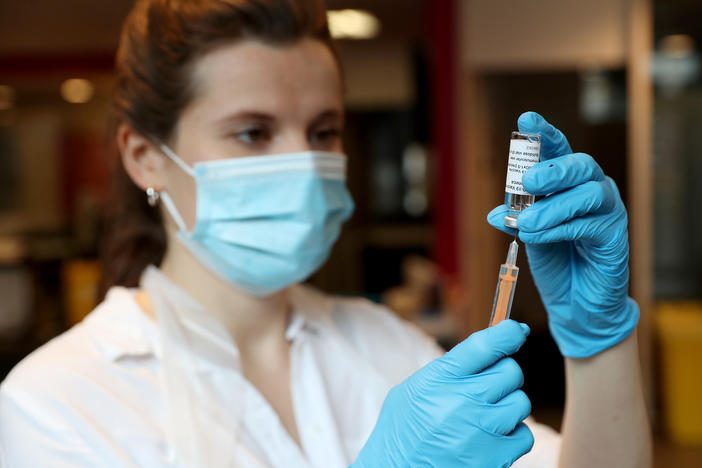 France And Germany Pause Use Of AstraZeneca's COVID-19 Vaccine

The two countries joined a number of other European nations that have temporarily suspended the shot after several people reportedly developed blood clots after receiving it.