The Food and Drug Administration says Abbott's BinaxNOW test and Quidel's QuickVue can be sold without a prescription.

Imagine that you wake up in the morning, go about your usual routine and that routine includes taking a quick nose swab in your bathroom for COVID and getting a result right there. We are a little closer to that. The FDA says two rapid antigen tests will be in pharmacies soon. NPR's Selena Simmons-Duffin is following this story. Good morning, Selena.

KING: What is the benefit of being able to test oneself at home?

SIMMONS-DUFFIN: Well, the answer is that this virus has been so difficult to get a handle on because its stealth. People can spread it when they don't feel sick and they don't know they're infected. And that's why we've all been wearing masks and social distancing because you don't know who might be sick. So the idea that people could easily test themselves at home if they feel sick or even if they don't and then get results in a few minutes and stay home if they get a positive test, that could be really helpful as another way to tamp down the silent spread of the coronavirus.

KING: How do these rapid antigen tests actually work?

SIMMONS-DUFFIN: So antigen tests work by identifying coronavirus proteins in your nose or throat. So the two tests that got authorized yesterday are Abbott's BinaxNOW test and the Quidel QuickVue test. So they both come with test strips, some buffer solution and swabs, not the brain-tickling ones, just regular swabs. So you swab your nose, add the solution, put that on the test strip, and then you see lines like a pregnancy test to know if you're positive about 10 or 15 minutes later. These aren't the first rapid at-home tests to be authorized by FDA for use without a prescription. There's one made by Ellume that's priced at around $30 a test. It's not in stores yet. But the reason why this news is really significant is you're not going to do that morning routine test if you don't feel sick a few times a week just to check with a $30 test. These tests are simpler and cheaper. We don't have pricing from either company yet, but they're expected to be around $10 a test, so sold in drugstores in two packs for maybe 15 or 20 bucks.

KING: Simpler and cheaper. What do we know about whether they're accurate?

SIMMONS-DUFFIN: Well, rapid antigen tests have more false negatives than diagnostic or PCR tests. So there is a risk that the test indicates you're not infected when you actually are. Michael Mina is a Harvard epidemiologist who's been a vocal advocate for easy, affordable at-home tests. And he says even if these tests aren't perfect and even if not everyone who gets a positive test actually changes their plans and stays home, at a population level, these tests could still have a big impact because even if they prevent just a small portion of infected people from going out and spreading the virus, that can help keep outbreaks from spiraling out of control.

MICHAEL MINA: If we can stop all the outbreaks from growing, then, boom, we can open up businesses and schools without risk. Even if a case does come in, it fizzles out very quickly.

KING: Are there enough of these tests for everyone?

SIMMONS-DUFFIN: So at the moment, no. Abbott makes 50 million tests a month currently and has not indicated it's scaling up production. Quidel is working towards 50 million tests a month by the end of the year. But even put together, that's not enough for everyone in the country to test themselves once a month, let alone a few times a week. So we'll have to see if manufacturing kicks up or new companies get authorized by FDA.

KING: Let me ask you about the timing on this. We're a year into the pandemic. We have vaccines now, even though not everyone can get one yet. Is it a little late for the public to add at-home testing to everything else - masks, social distancing, trying to get a vaccine?

SIMMONS-DUFFIN: Yeah, the experts I talked with say it really is a shame that these weren't more available to the public sooner. But they also say it's not too late for these to be really useful. Gigi Gronvall at the Johns Hopkins Center for Health Security pointed out, there is a whole population that doesn't have access to vaccines and won't for a while, and that is kids under age 16.

GIGI GRONVALL: As more people get vaccinated, it might be that these are maybe more often used for kids.

SIMMONS-DUFFIN: So both of these tests can be used on kids as young as 2 years old. And Michael Mina at Harvard told me these at-home rapid tests can help potentially in the fall if the vaccines wear off or variants that can evade vaccines take hold. In either case, easy at-home COVID tests could be a really useful tool. 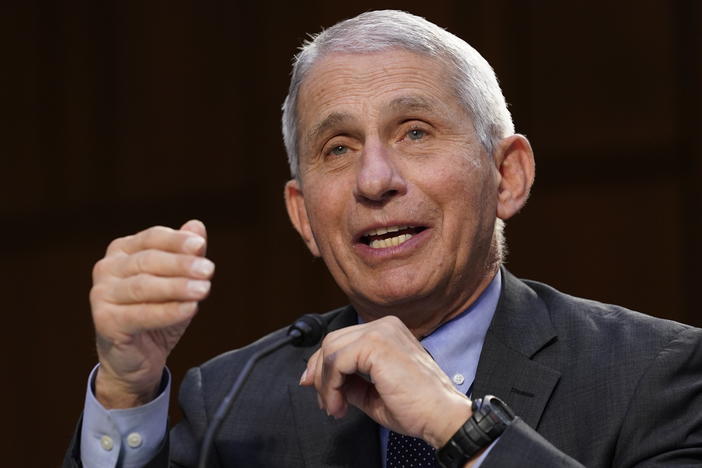 Cases are up in some states, but the Biden administration's chief medical adviser says that "hopefully ... the vaccine is going to win this one." He urges continued mask-wearing and other measures. 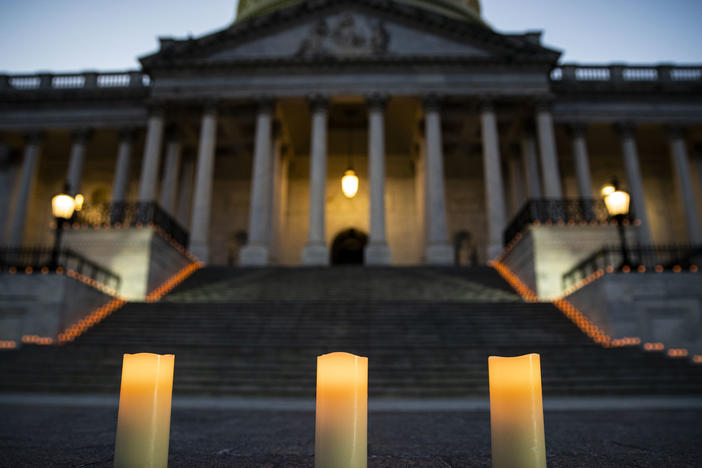 CDC: COVID-19 Was 3rd Leading Cause Of Death In 2020, People Of Color Hit Hardest

A pair of reports published by the U.S. Centers for Disease Control and Prevention on Wednesday sheds new light on the approximately 375,000 deaths attributed to COVID-19 in the U.S. last year. 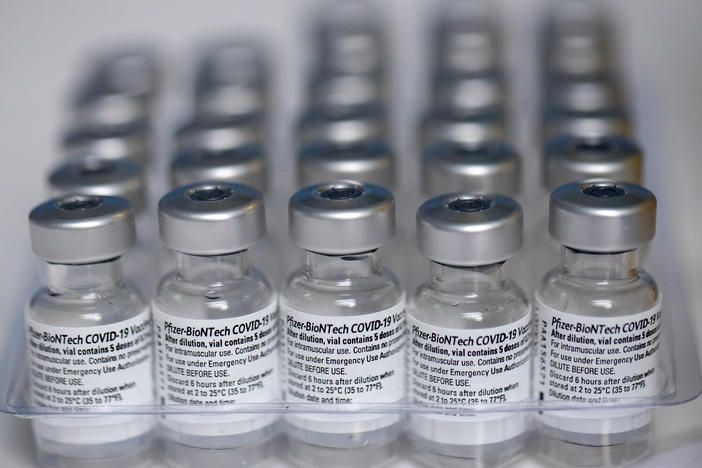 Pfizer says it will submit the clinical trial results "as soon as possible" to the U.S. Food and Drug Administration, and is hoping to start vaccinating children before the next school year.