How did West Virginia become one of the world's leaders in delivering COVID-19 vaccines? One piece of the story starts with a striking photograph in the local paper.

Let's discuss West Virginia. West Virginia has administered almost 450,000 doses of COVID-19 vaccine. Over 9% of the population has gotten not just one but both doses. That is really good. It and Alaska go back and forth for highest vaccination rate of any state in the country. How is West Virginia doing so well? We learned one part of the story. It starts with Chris Dorst, a photographer for the West Virginia Gazette-Mail in the capital, Charleston.

CHRIS DORST: I have a total of about 30 years working at the paper.

KING: In late December, Chris' editor walked into his office and told him she'd seen a line of people in wheelchairs and walkers, who looked to be in their 80s, waiting outside of a health center to get the vaccine. So he went down there.

DORST: I asked some people, are you - to verify, you're in line to get shots? And they said, yeah, we're here, hopefully, to get our vaccinations.

KING: But the health department there didn't even have any vaccines ready to distribute yet. Dorst took pictures. One of them made the front page of the paper, and the next day, Major General James Hoyer saw it. He's the head of West Virginia's Joint Interagency Task Force for COVID-19 Vaccines, and he knew this was the problem he'd been hearing about.

JAMES HOYER: I heard a couple anecdotal stories from seniors who said, hey, I heard they might have vaccines, so I went down to show up 'cause I want the vaccine.

KING: People didn't know where and when to go, so they just showed up. Hoyer has spent his career, 40 years of it, in the National Guard leading disaster responses in West Virginia. He doesn't like to talk about himself. So...

Let's say that your wife was talking to her friends about you, and she was bragging on you a little bit and talking about what you're good at. What would your wife say that you do so well?

HOYER: I think part of what she might say is I take advantage of being obsessive-compulsive to get things done.

Here's what obsessed him - those older folks standing online, they just had no information.

HOYER: A leader in a local community called to me and said, hey, I just heard from somebody that there is a Korean War veteran who is homebound, who hasn't been able to get the vaccine. And when there's a veteran out there that's served their country that wants a vaccine, then, damn it, it's my job to make sure that the task force is doing what it's doing. And we knew we needed to start to communicate better.

KING: One of the problems West Virginia was up against is that it is largely a rural state. The entire population is about 1.8 million people. Outside of a few cities, most people live in small towns separated by mountains and valleys. Some of West Virginia's 55 counties don't even have a single four-lane highway, which slows down the trucks that transport the COVID-19 vaccine. And you know how a lot of states are letting people make appointments online? Well, in parts of West Virginia, where as much as 30% of the population doesn't have access to high-speed Internet, that's just not going to be possible.

HOYER: If you're talking about people, you know, over the age of 70 and in their 80s - No. 1, how many of them are Internet savvy? And No. 2, West Virginia has suffered from, you know, a lack of broadband. So what if they're in that county that doesn't have good Internet access? What if they're the veteran that doesn't use social media? What do they all know and use? Either a regular dial phone or they may have a cellphone, but it may be a flip phone.

KING: The phone seemed like the thing. So Hoyer got his team together, and the simple solution they came up with - a hotline, a telephone hotline with folks answering questions about how and where to get a vaccine. Now, other states have tried this. In some, it has worked; in some, it hasn't. But West Virginia, given its other challenges, takes this hotline really seriously. After the hotline was up and running, one of Hoyer's old childhood friends called him.

HOYER: I've heard from people my age who called me early on and said, hey, I live in Chicago. How do I get my mom and dad signed up for the vaccine?

KING: And so Hoyer tells him, call the hotline.

HOYER: So the friend calls me again and tells me that his parents had got in through the hotline and were now registered to get the vaccine.

KING: And so this phone line is getting it done. That is part of the West Virginia success story. The state governor gets a report on how that hotline is doing every day. The wait times are slightly too long for Hoyer's liking.

How long are people waiting to talk to someone on the phone?

HOYER: So about - the last one that I looked at was about six-minute wait time.

KING: That doesn't sound bad at all to me.

HOYER: Yeah, Noel, no, it's not. But what that tells us is we probably need more people manning the hotline.

KING: Major General Hoyer is not the type to celebrate a success until it's an unqualified success. And then a few weeks ago, Hoyer was getting ready to give a press conference about West Virginia's vaccination rates, and a colleague forwarded him an article with the numbers for that day. It included rates of vaccination by country.

HOYER: And I looked at the numbers. Israel is vaccinating, per hundred, 54.7. The next country was the United Arab Emirates, I believe, at 38.7. I pulled it up right before it started, looked at the numbers, and then I called Joe, and I said, hey, Joe, what are our numbers? And he sent me back 18.7. I'm like, holy crap. Well, if West Virginia was its own country, we'd be third at 18.7.

KING: I know you don't like to talk about your feelings, but tell me how that makes you feel.

HOYER: That tells me that we're doing our damn job.

(SOUNDBITE OF WESS MEETS WEST'S "IF WHAT I THINK IS HAPPENING IS HAPPENING, IT BETTER NOT BE") Transcript provided by NPR, Copyright NPR. 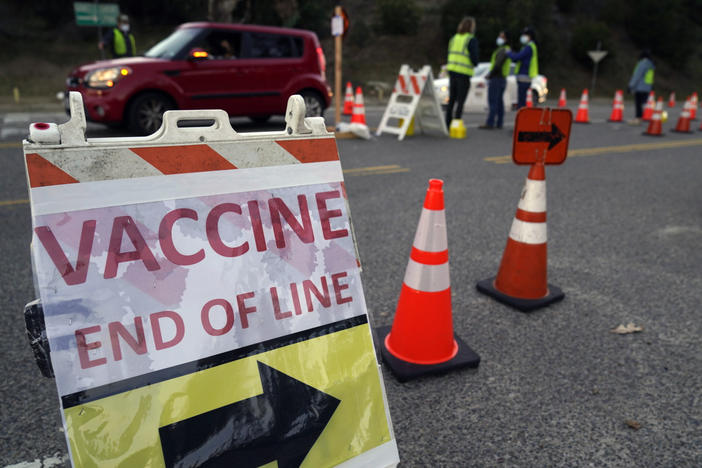 Dozens of protesters gathered at the entrance to one of the nation's largest mass-vaccination sites, leading officials to shut down the entrance for an hour. 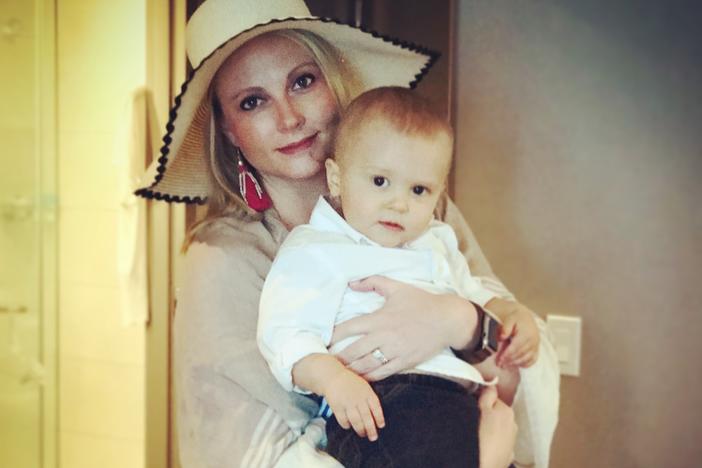 What We Know About Breakthrough Infections And Long COVID

As the delta variant causes more vaccinated people to get "breakthrough infections," concerns are rising that even the vaccinated could develop long COVID symptoms in rare cases. 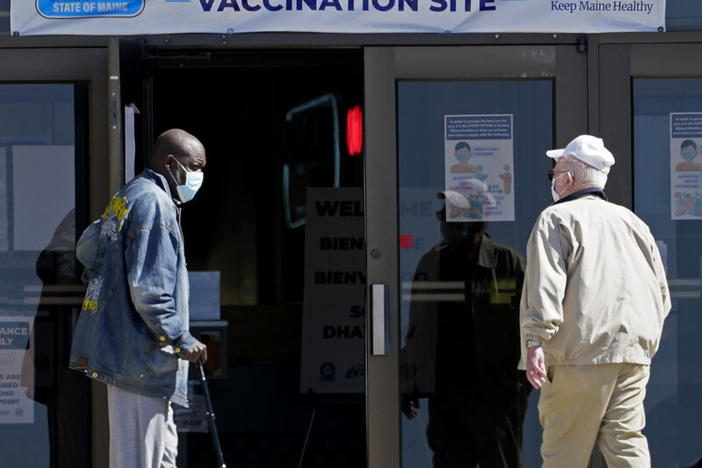 The CDC says COVID-19 was the largest factor, along with drug overdoses, homicides, diabetes and chronic liver disease. The decline was even greater for Hispanic men.