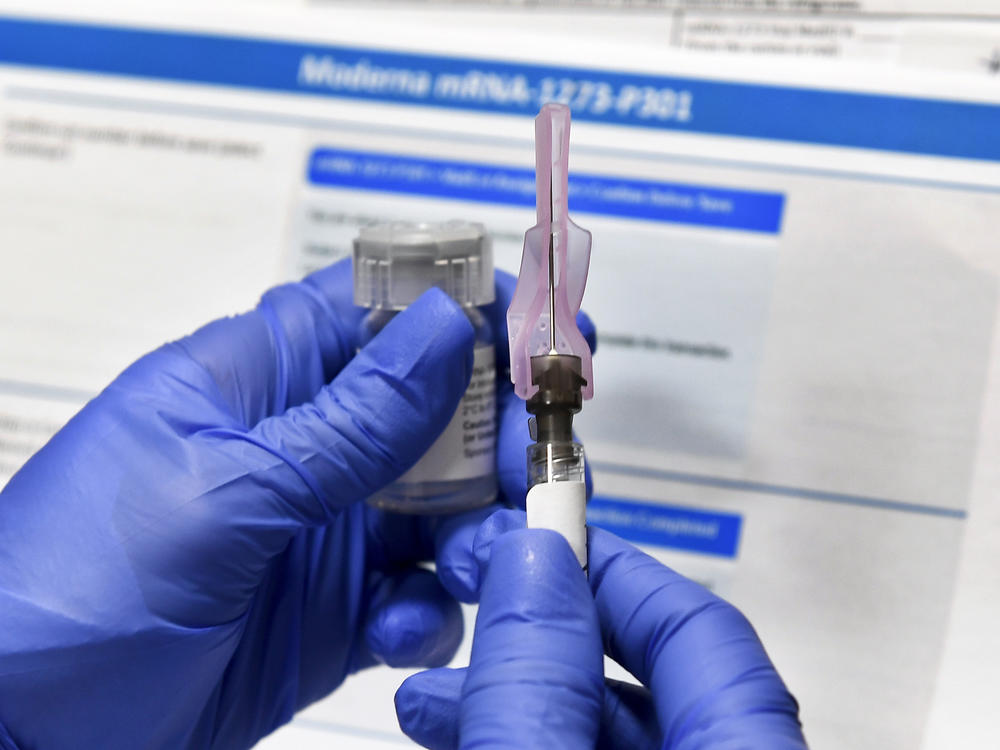 Caption
With development and testing underway, health officials are asking states to prepare for limited distribution of a potential vaccine as soon as this fall — though some experts say that's too early.

The Centers for Disease Control and Prevention has asked states to prepare to distribute a potential coronavirus vaccine as soon as late October, according to a series of planning documents sent to public health officials last week.

A CDC spokesperson confirmed the authenticity of the documents in an email to NPR on Wednesday. The documents were first published by The New York Times.

CDC Director Robert Redfield also sent a letter asking governors to fast-track permits and licenses so that vaccine distribution sites can be up and running by Nov. 1, McClatchy reports.

That request, as well as the three planning documents, are the latest indication that the race for a vaccine may be picking up speed. Months into the pandemic, the U.S. has recorded more than 6 million cases and 185,000 deaths from COVID-19.

The federal government has long aimed to have a vaccine ready by January 2021, and established an initiative it calls Operation Warp Speed to accelerate the process of developing, manufacturing and distributing an effective vaccine. That process typically takes up to several years.

Three different vaccines are currently in Phase 3 trials in the U.S., during which the vaccine is given to thousands of people to test its safety and efficacy.

Public health officials have offered different predictions as far as when the first vaccine may be ready for distribution, with most hoping for early next year.

Dr. Anthony Fauci, director of the National Institute of Allergy and Infectious Diseases, said in July that he is "cautiously optimistic" a vaccine could be ready by the end of the year and distributed beginning in 2021.

Dr. Paul Offit, a professor at the University of Pennsylvania who serves on a panel advising the Food and Drug Administration, told NPR last month that he thinks that timeline is unrealistic because Phase 3 trials had only just begun.

He said insufficient testing could have adverse effects on public health as well as the public's trust in a vaccine.

With development and testing underway, officials are urging public health officials across the country to begin planning for eventual vaccine distribution sooner rather than later — especially since only a limited number of doses will be available at first.

"At this time, we don't know which vaccines will be approved, however, limited COVID-19 vaccine doses may be available by early November 2020 and COVID-19 vaccine supply will increase substantially in 2021," the CDC spokesperson said.

One CDC document outlines several hypothetical scenarios for the rollout of up to two unnamed vaccines starting at the end of October, either individually or simultaneously.

For planning purposes, it includes assumptions about how many doses will be available each month, how they should be distributed, stored and handled, and which populations will be prioritized for vaccination. (Estimates have Vaccine A at about 2 million doses and Vaccine B at roughly 1 million by late October, with those amounts increasingly exponentially over November and December.)

Another document, a checklist of action items for jurisdictions, says that officials must be prepared to vaccinate critical populations immediately and should begin planning for vaccination of the general population, supply permitting.

The third document consists of assumptions about various elements of a vaccine program, including ordering, data reporting and public-facing communications.

"COVID-19 vaccination program plans must be flexible and accommodate multiple scenarios," it reads.

The Association of State and Territorial Health Officials, which represents the public health agencies of all 50 states as well as Washington, D.C., and U.S. territories, said the documents lay out "an aggressive but necessary timetable."

James Blumenstock, the association's senior vice president of pandemic response, told NPR over email that the public health system is mobilizing to prepare detailed plans, informed largely by the H1N1 influenza pandemic a decade ago and COVID-19 guidance from the CDC.

He said one of the biggest concerns about the vaccine distribution campaign is funding, especially when it comes to transitioning between the limited initial phase and the broader vaccination goals for 2021.

ASTHO and other associations estimate it will take an additional $8 billion to support the public health and health care sectors' infrastructure to vaccinate hundreds of millions of Americans.

Redfield told Yahoo Finance on Wednesday that the CDC is preparing for a scenario in which there will be one or more vaccines available in November or December, which will need to be distributed fairly and equitably.

Food and Drug Administration Commissioner Stephen Hahn said over the weekend that he would be willing to speed up the process with an emergency use authorization before Phase 3 trials are over, and stressed that decision would be based on data rather than politics.

Just days earlier, Hahn publicly apologized for making misleading claims about the efficacy of convalescent plasma as a treatment for COVID-19. The FDA issued emergency use authorization for plasma the night before the start of the Republican National Convention, amidst accusations that it had been pressured to do so by the White House.

Some lawmakers and health experts worry that the Trump administration may cut scientific corners as it rushes to declare a vaccine this year, potentially before the November election.

Per an NPR/PBS NewsHour/Marist poll released in August, 60% of Americans say they will choose to be vaccinated if a COVID-19 vaccine is made available to them, and 35% would decline.

Health and Human Services Secretary Alex Azar and Moncef Slaoui, the chief scientific advisor to Operation Warp Speed, published an op-ed in USA Today on Wednesday outlining the initiative's progress to date and stressing a vaccine will be held to high scientific standards.

"While there are no guarantees in science," they wrote, "we can assure Americans that [Operation Warp Speed] is structured, resourced and led to maximize the probability of success." 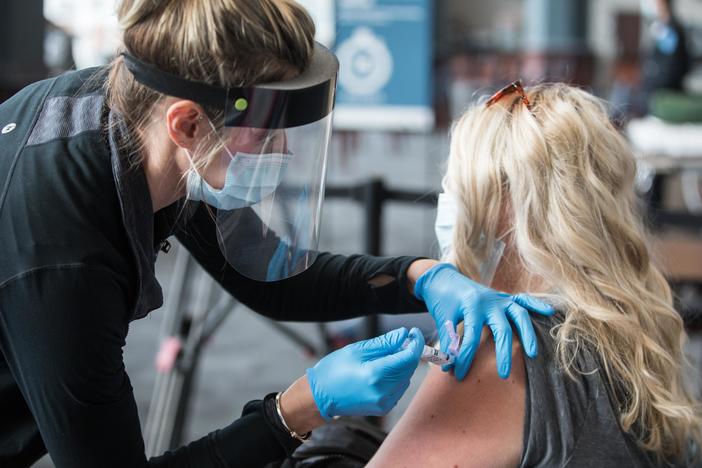 For two of the biggest obstacles to curbing the pandemic, it won't just be federal officials who will lead the way, says Dr. Celine Gounder, a member of President Biden's COVID-19 advisory board. 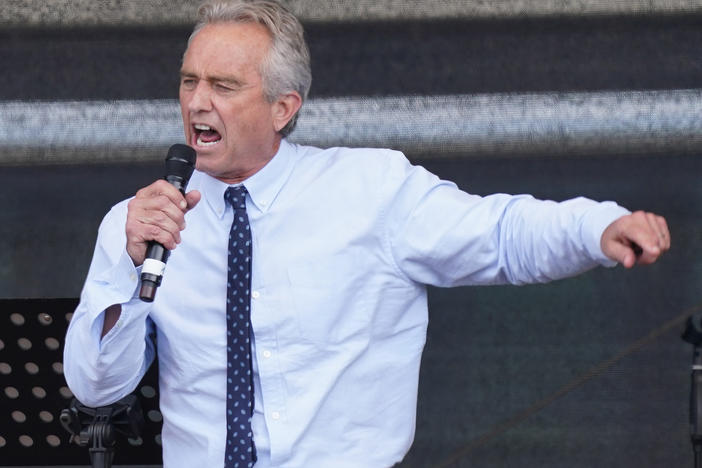 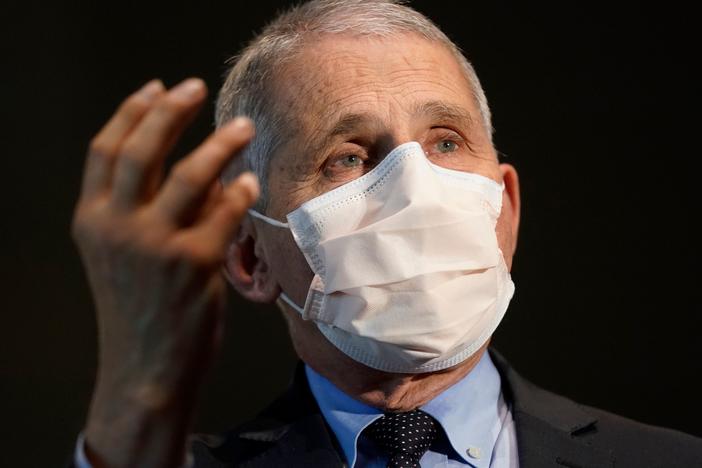 In an NPR interview, Dr. Anthony Fauci, the country's top infectious disease expert, said changes in vaccine distribution could be necessary depending on what happens in the next few weeks.