Sweden Records Largest GDP Drop Since 1980, But Outperforms Many Other EU Countries 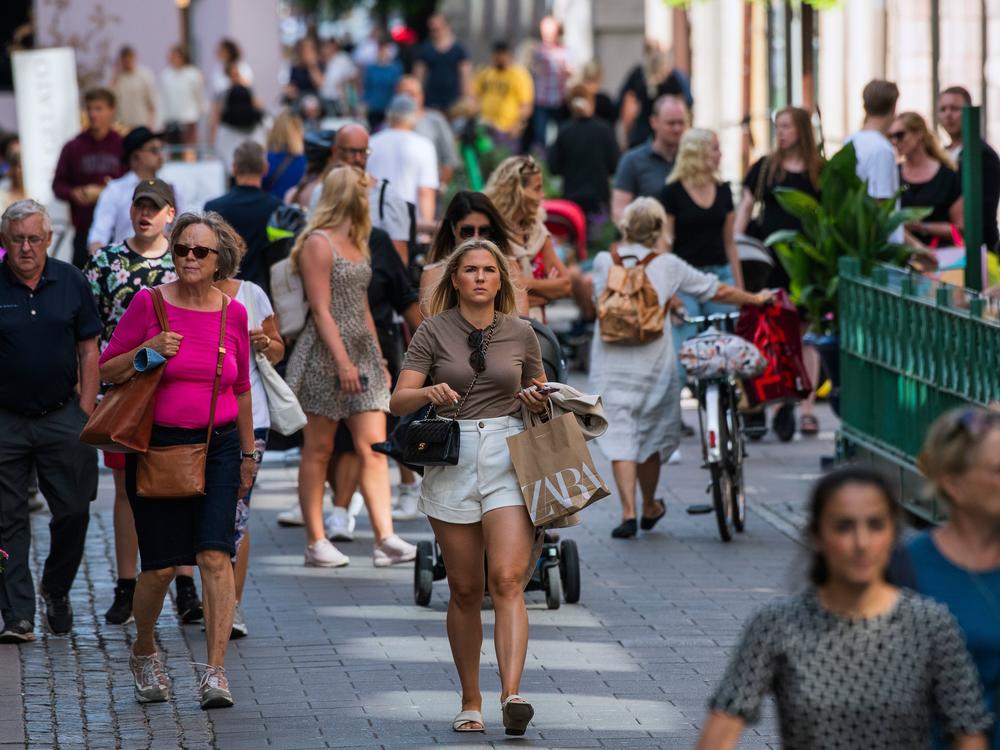 Caption
People walk in Stockholm on July 27, most without the face masks that have become common on the streets of many other countries as a method of fighting the spread of the coronavirus.

Sweden's gross domestic product took its largest tumble in a single quarter in modern history during the second quarter of this year, despite the country's decision to not shut down its economy.

The nation's GDP fell 8.6% during the three-month period ending in June, according to preliminary figures from Statistics Sweden. Yet, Sweden's economic decline, while dreadful, outpaced that of many other European countries.

"The decrease in GDP is the largest single quarter drop in the directly comparable time series starting 1980," the government agency said in a release.

David Oxley, senior Europe economist at Capital Economics, said that the sharp contraction of the Swedish economy during the second quarter "confirms that it has not been immune to COVID, despite the government's well-documented light-touch lockdown."

Sweden's relaxed approach to the coronavirus pandemic has resulted in global scrutiny. Unlike most countries in the world, Sweden didn't order a strict lockdown. Instead of closing down its economy, the country issued comparatively light restrictions — banning gatherings of over 50 people and otherwise asking people to maintain social distancing as best they can.

Swedish government officials have insisted that saving the economy was never the purpose of their controversial coronavirus strategy. Its aim was to save lives and reduce pressure on the country's health care system.

However, Sweden has counted nearly 82,000 confirmed coronavirus cases and its death toll stands at 5,766, according to data from John's Hopkins University.

It is next to impossible to say what effect, if any, the country's response had on its economy, since there are so many factors at play. It is clear, however, that the Swedish economy has fared much better during the second quarter than many other European economies.

Spain's economy recorded the highest decline among the 27 European Union members during the second quarter, its GDP fell 18.5% compared to the previous quarter.

Its neighbors Portugal (14.1%) and France (13.8%) experienced similarly large contractions of their respective economies during the second quarter. Even Germany, the continent's largest economy, recorded a double-digit drop (10.1%) when compared to the first three months of the year. The Baltic country of Lithuania (5.1%) reported the lowest decline.

The EU as a whole saw its GDP decline 11.9% during the past quarter as the virus spread across the continent. The euro zone, consisting of the 19 countries that make up the bloc's monetary union, reported the GDP dropped 12.1% over the same three-month period.

"We expect our economy to shrink between 4-10% in 2020," Karin Olofsdotter, Sweden's ambassador to the United States, told NPR in April.

Furthermore, Sweden's unemployment rate rose to 9.4% in June, the highest figure since 1998, and up more than 2 percentage points from the beginning of the year.

To mitigate the pandemic's economic effects, the Swedish government has enacted several legislative measures during the crisis, including a nearly $31 billion stimulus package in March.

"It's a very serious threat," Olofsdotter said. "We are just as worried as you about the world economy." 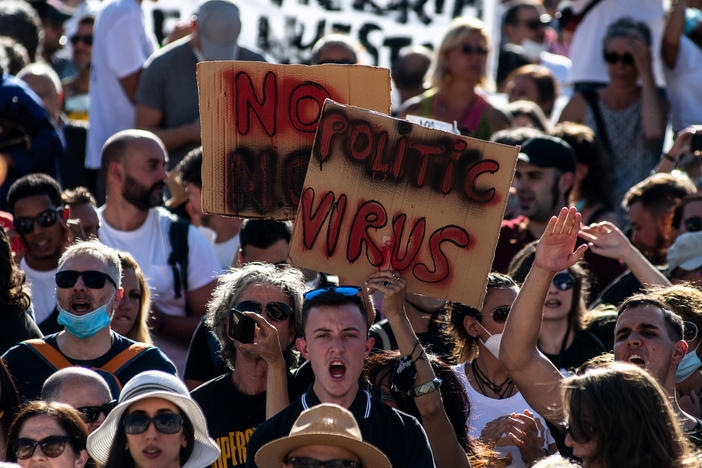 Demonstrators gathered in Madrid on Sunday to protest expanded requirements aimed at combating the disease, which has seen a sharp uptick in recent weeks. 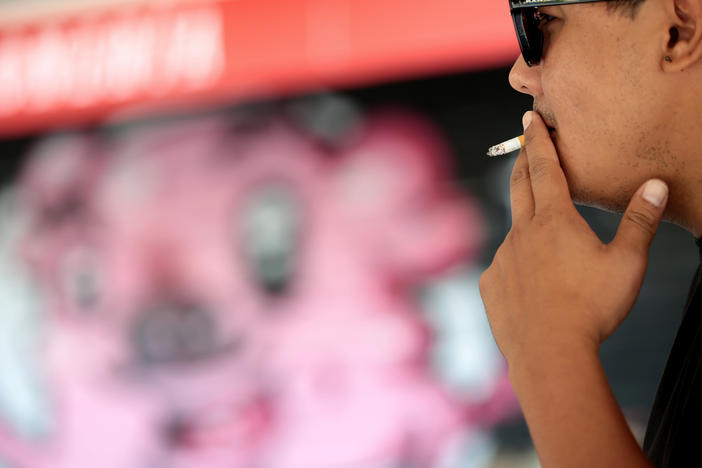 Spain Cracks Down On Outdoor Drinking, Smoking In Renewed Push Against COVID-19

Spanish authorities announced the new measures as they confront a new wave of COVID-19 after tamping down the disease months ago. 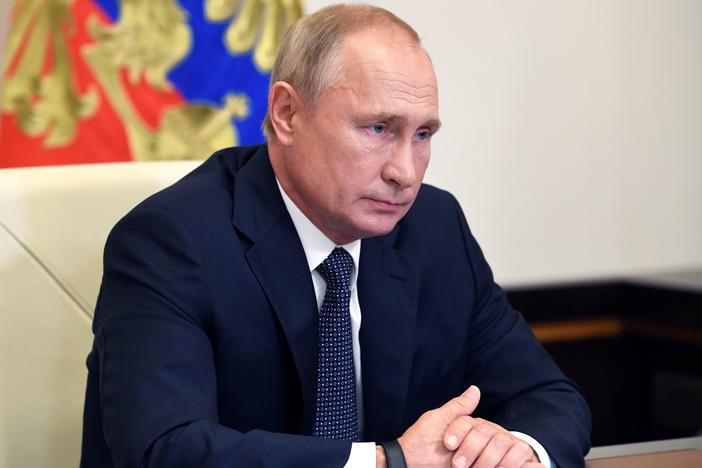 It's the first country to approve a COVID-19 vaccine, but it has not finished Phase III trials to assess safety and effectiveness in the general population.