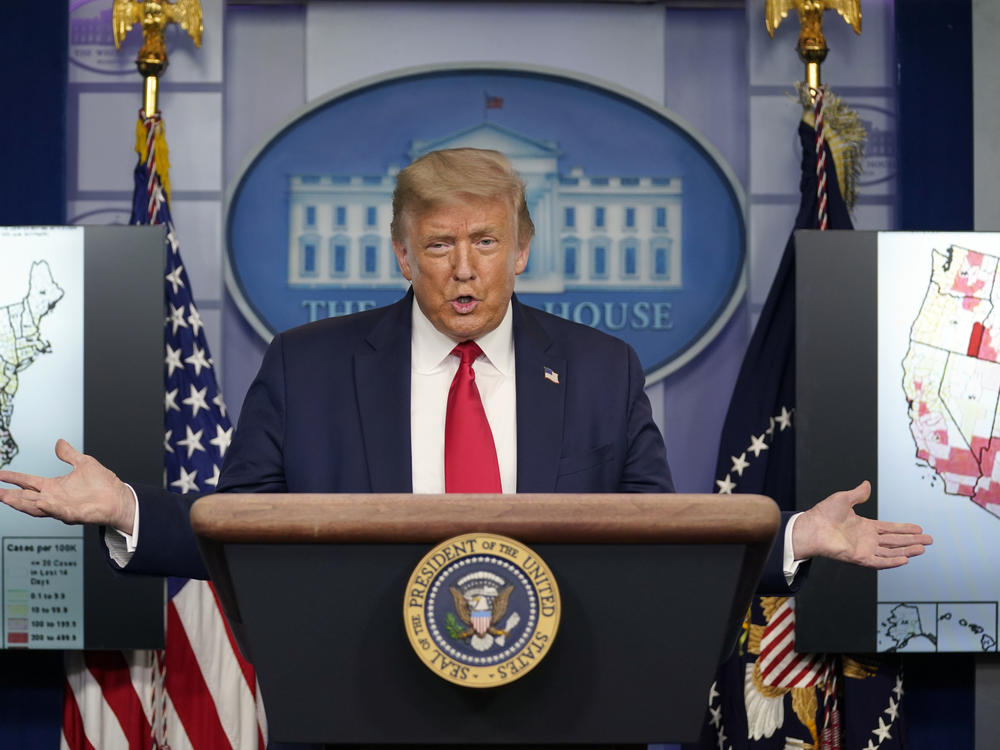 Public schools should delay reopening in coronavirus hot spots but should open fully if they want to receive tens of billions of dollars in new federal aid, President Trump said in a White House briefing.

At the news conference Thursday, Trump talked in more detail than he has in the past about the reopening of schools. He also announced new guidance from the Centers for Disease Control and Prevention on reopening schools.

He had previously called the existing guidance "very tough [and] expensive," while Vice President Pence said "we don't want the guidance from CDC to be a reason why schools don't open."

The new guidance emphasizes the "critical" importance of opening schools in person. For example, it removes a statement from the previous document that "virtual-only classes, activities, and events" are "lowest risk."

It also provides an update on emerging evidence that children are less likely to become seriously ill from the virus: "As of July 21, 2020, 6.6% of reported COVID-19 cases and less than 0.1% of COVID-19-related deaths are among children and adolescents less than 18 years of age in the United States," the new guidance says.

Standing in front of a U.S. map covered in dark red splotches to symbolize the many regions of the country with virus spikes, Trump acknowledged the scientific consensus that in those hot spots, public schools might have to delay opening in person for "weeks."

"Teachers are essential workers," Trump said. "But every district should be actively making preparations to reopen." As of Thursday, according to Education Week, nine of the 15 largest school districts in the country plan to start the year remote-only.

Trump quoted the American Academy of Pediatrics on the physical, social and emotional risks to children of school closures and also talked about learning loss and food security issues. The association has underlined that schools should open only when safe according to public health authorities.

He mentioned emerging evidence that young children are at lower risk for getting or spreading the coronavirus. He also repeatedly used the term "China virus," which some have called a racist incitement to harassment.

On July 8, Trump tweeted that he might withhold funding from schools that didn't reopen. At Thursday's press conference he backed that up with details.

He said the White House was recommending that the Senate include $105 billion for schools in the coronavirus aid package currently being debated to support smaller class sizes and more teachers — but only if schools reopen in person. If not, he said, the money should go directly to parents to pay for private schools or home schooling. He specifically mentioned religious schools.

"If the school is closed, the money should follow the student," he said.

Education Secretary Betsy DeVos has been a strong advocate for alternatives to public schools. She's being sued by several state attorneys general, school districts and the NAACP for what they allege is illegally siphoning money from the initial coronavirus aid package toward private schools. 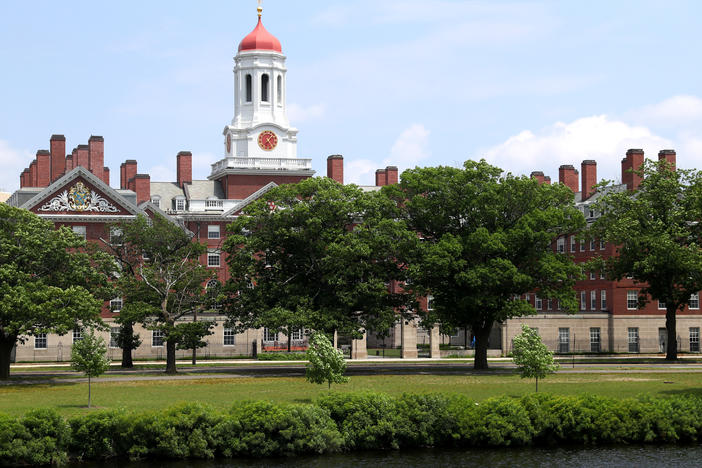 A federal judge announced on Tuesday that ICE has reached an agreement with schools that sued it over the rule change. The directive will now be rescinded nationwide. 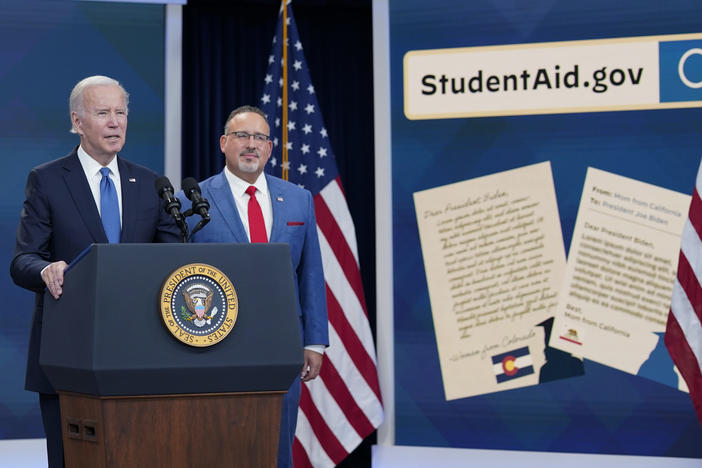 You can now apply for Biden's student loan relief plan. Here's how

"It's easy, it's fast," Biden said in a press conference announcing the launch, noting applications take less than 5 minutes and can be done on desktop or phone.