Facebook on Wednesday removed a video message by President Trump, citing "the risk of ongoing violence."

Facebook executive Guy Rosen called the pro-Trump mob swarming the Capitol an "emergency situation," suggesting the president's video message had the potential of worsening the chaos.

"We removed it because on balance we believe it contributes to rather than diminishes the risk of ongoing violence," Rosen tweeted.

YouTube soon followed suit, although it cited other reasons. In a statement, the company pointed to a policy against content that alleges widespread fraud or errors accounted for President-elect Joe Biden's victory over Trump in November.

Twitter also removed the video and two other tweets from the president, the company said.

In the video, Trump told his supporters who have stormed the U.S. Capitol to "go home now," but the president also baselessly claimed the election was stolen and told his angry backers: "We love you. You're very special."

Twitter initially only restricted the reach of the video over concerns of "a risk of violence."

Twitter restricted engagement on the tweet, blocking retweets, likes and comments on the platform. But Twitter still allowed the video message to be quote-tweeted. Many users did just that, allowing the material to spread around the social network. In the hour after Trump posted it, the video was viewed more than 11 million times on Twitter.

Critics called on Twitter to do more, even suspending Trump's account for repeatedly stoking violence over his unfounded claims over his election loss. Some demanded that the president's accounts on both sites be permanently banned.

"There have been good arguments for private companies to not silence elected officials, but all those arguments are predicated on the protection of constitutional governance," tweeted Alex Stamos, a former top security official at Facebook. "Twitter and Facebook have to cut him off. There are no legitimate equities left and labeling won't do it."

Soon after Facebook and YouTube announced their policies, the video and another of the president's tweets were covered with gray labels saying they were "no longer available."

Trump's short video address followed hours in which the president remained silent as a melee ensued on the Capitol. His supporters violently entered the building, causing lawmakers to be rushed out to safety and law enforcement to draw their guns.
Copyright 2021 NPR. To see more, visit https://www.npr.org. 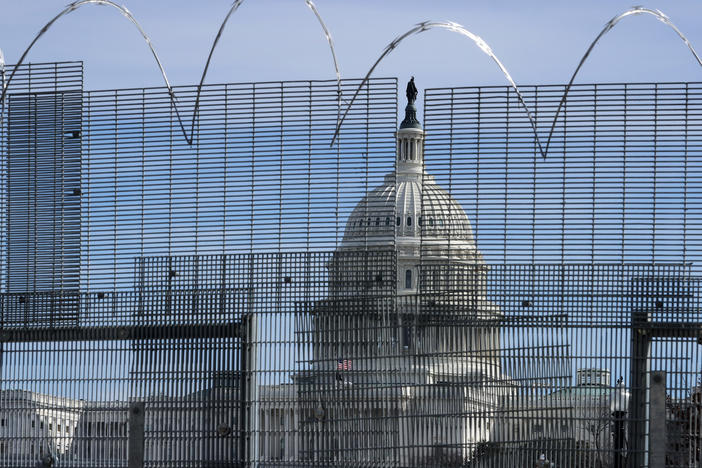 The congressional official also says most of his staff have not yet been vaccinated, despite their continuing work at the Capitol campus to repair damage from the insurrection. 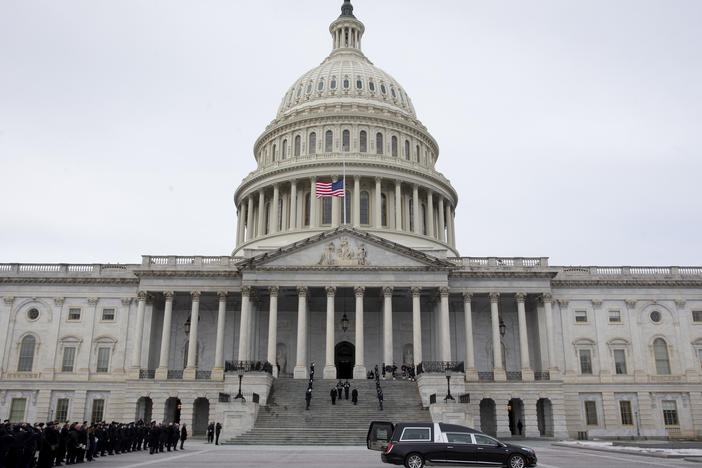 Jenny Cudd is accused of two misdemeanors: entering a restricted building or grounds, and violent entry or disorderly conduct. She told the court she had already paid for the work-related trip. 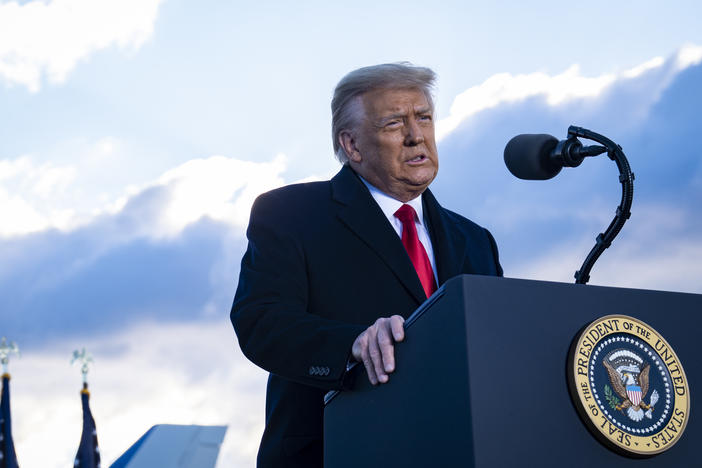 Trump Will Not Testify In Senate Impeachment Trial, Adviser Says

The former president is accused of having incited a mob of his supporters on Jan. 6, leading to the insurrection at the Capitol.