How 'A Strange Loop' fits into Black theater legacies 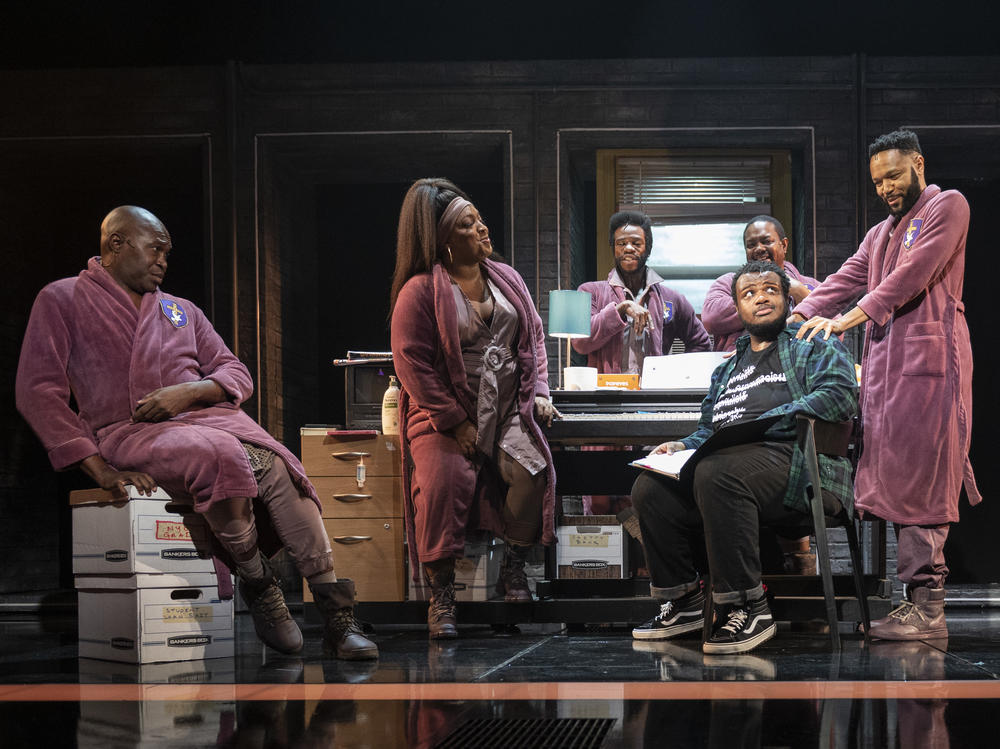 When Code Switch has covered the theater industry, it's often to call out some of the uncomfortable racial dynamics in the room—whether that's the unease of watching Hamilton with a primarily white audience, controversies surrounding Asian representation in Miss Saigon, or the complexities of teaching The Merchant of Venice in schools. But we usually don't sing the praises of theater, or talk about how the artform can make us think about race in exciting and unique ways.

So allow me to mix things up a little when I say this: I absolutely adore A Strange Loop, a musical by Michael R. Jackson which opened on Broadway at the end of April. The show has already made a big splash, both inside the theater world and out. It broke ground as the first musical to win the Pulitzer Prize for Drama before going to Broadway. And it's now up for 11 awards at the 75th annual Tony Awards this Sunday.

But A Strange Loop is also breaking ground by restaging and subverting popular representations of Blackness.

The show follows Usher, a Black gay man attempting to write a musical about a Black gay man. A six-person ensemble represents his "Thoughts" onstage, embodying loathing, self-pity, and societal expectations of how to conform to acceptable versions of Blackness and queerness.

These Thoughts pressure Usher to write like other Black playwrights—particularly, the renowned Tyler Perry. For example, sometimes the Thoughts will take the form of Usher's mother, urging Usher to write "a nice, clean Tyler Perry-like gospel play for your parents." Other times, like in the song "Tyler Perry Writes Real Life," they take the form of Harriet Tubman and Zora Neale Hurston, who urge Usher not to write like a white person, and to take his work seriously.

I wanted to know more about how A Strange Loop fits into the larger landscape of Black theater. So I called up Rashida Z. Shaw McMahon — an Associate Professor of English at Wesleyan University, and the author of The Black Circuit: Race, Performance, and Spectatorship in Black Popular Theatre. (Full disclosure – she was also my college advisor.) Her book maps the creation of the "Chitlin Circuit," a genre of Black theater which, she argues, A Strange Loop reimagines and subverts. I sat down with McMahon to discuss the significance of A Strange Loop on Broadway, how the musical portrays Tyler Perry, and what it means to write "authentic" depictions of Black life. Our conversation has been edited for length and clarity.

In an NPR interview, Michael R. Jackson was asked to describe his musical, and he said, "A Strange Loop is a big Black and queer-ass American Broadway show. It's part of a tradition, but it's also opening the door for new traditions. It's a loop within a loop." What traditions do you think that this show is a part of?

There's a current tradition that I think is present right now on Broadway that many theatergoers will tap into. This play's in conversation with Jeremy O. Harris's Slave Play, in terms of the expression of a queer Black narrative, and also a play that centers Black experiences that are interwoven with sexuality, and sex, and identity, and history.

I was also struck by the parallels that I found between this play and Adrienne Kennedy's 1960s play Funnyhouse of a Negro. In Kennedy's play, she and her various selves are having these meta conversations, which really struck me as being part of Jackson's exploration in his musical – the ways in which we, as readers or spectators in the theater, are really witnessing a conversation of Usher with his many selves.

There's also, of course, the musical component of it – the presentation of Black bodies on stage singing, dancing, expressing joy, expressing melancholy. I think there's a vast range of subgenres within the category of musicals that Black performers have been practicing and embodying and engaging with for many, many, many decades.

How would you define the 'Chitlin Circuit' or the 'Black Circuit' for those who don't know what it is?

These are events that take place in non-traditional performance venues that cater to sometimes thousands of audience members at a time, and are very lively. Sometimes audiences talk back to the performers on stage. These productions often go on tours that last for a year or two and they hit a new city every weekend. And this is something that has caught on and has galvanized a lot of Black spectators in ways that we have not seen in the 20th and 21st century.

Thematically, a Chitlin Circuit show is typically a musical that centers Black life. It has popular cultural references. It has humor. Morality is part of the arc of the story. But these characters also have flaws and vices, and they are singing songs and expressing life experiences that are universal – and in common with the kinds of experiences that are often documented in Black American urban spaces. There's a way in which the allure of them is that they are, in a sense, speaking to the choir.

And it's not a question of, "How will this narrative end?" You already know, going in, that the protagonist will find God and have a sense of salvation. But it is watching the unfolding of the events.

If a person familiar with Chitlin Circuit Theater saw A Strange Loop, what might they think about the musical?

We often come to theater productions seeking an entry point. I don't want to be presumptive, but it may be the case that some audience members in that category might align with Usher's mother. Michael R. Jackson has written in a space for those audiences to get in. And I hope that through the production, through sitting through the production and really having to contend with what Usher is speaking about, expressing the hurt and the trauma and the aspiration and the desire to be seen and to be whole – hopefully there is some Brechtian messaging and a sort of Oprah Winfrey "aha" moment that happens, that results in that audience member that came in as "Mama" coming out thinking, "Well, you know, I never thought about it that way."

In your book, you acknowledge that stereotype is a sort of foundational part of the Chitlin Circuit. A Strange Loop is full of stereotypes of every single sort of thing imaginable – including the very famous writer and director Tyler Perry. What does it mean for Michael R. Jackson to repackage and re-present Tyler Perry in this musical? On the one hand, Jackson is giving voice to decades-old critiques of Perry's work. On the other hand, in songs like "Tyler Perry Writes Real Life," Usher's 'Thoughts' condemn Usher for being so dismissive of Perry.

What does it mean for A Strange Loop to be on Broadway, and what new meanings arise from the show now that this is the case?

I was struck by a moment in the musical in which Usher says, "His Blackness doesn't look blue in any moonlight." For those who know, that is a reference to Tarell Alvin McCraney and Barry Jenkins's film Moonlight. I think what A Strange Loop is doing now that it's on Broadway is teaching us that there are other bodies and stories that encapsulate black queerness, whether that be in an American context, a dramatic context, a film context. As much as Tyler Perry is a more present figure in the play, Jackson also inserted Tarell Alvin McCraney. And that is also a critique.

I think about what was not in Moonlight. What kinds of bodies were not in that film? I think that is significant to acknowledge, that it's not just the pushback on Perry or an idea of homophobia within Black American communities. It's also a "Hey, what about me? Look over here to Black queer bodies that have not yet been a part of dominant narratives about Black queer life."

I watch a lot of popular culture that also involves black and queer bodies and trans bodies. I think that Michael R. Jackson, in this dramatic production, is speaking for a segment of the LGBTQ community that is not often the vantage point or the receiver of love or interest or curiosity. And so, I think there's a larger frame of reckoning that I think he's trying to shake up, and he has shaken up by the mere fact that this play has traveled so far. 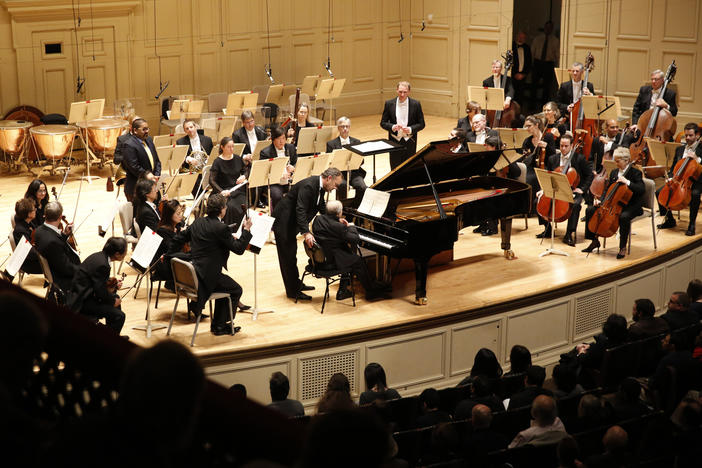 Where are the Black musicians in the country's largest orchestras? 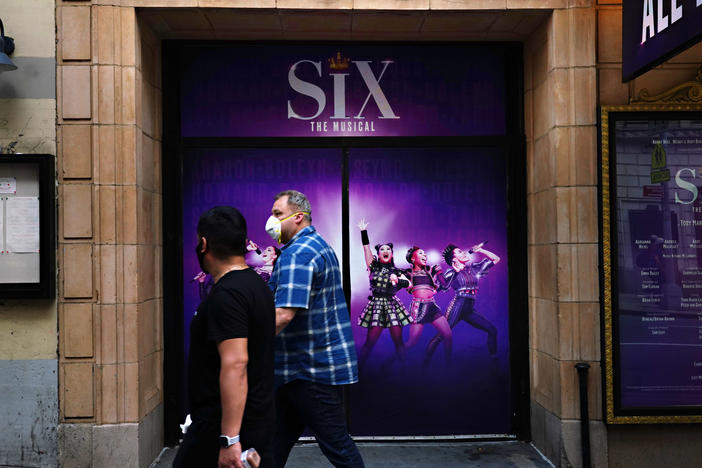 Broadway's Reopening Is Pushed Back Again

The Broadway League has announced an extension of closures related to COVID-19 to May. 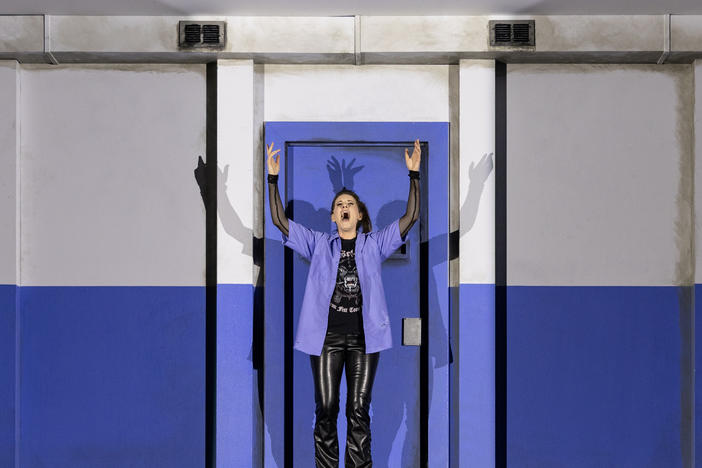 Who says opera needs a grand stage? This festival is all about intimate productions