Three sources in Trump's orbit tell NPR he is considering running for a second term as president in 2024. Trump himself alluded to it at a private party this week.

A popular Internet meme features signs showing President Trump running in 2020 and again in 2024 and again four years after that. Now, here we are. The president lost the 2020 election. He is still pushing allies to put their reputations on the line, backing his lie that he won. One of his allies even called for a Republican to be killed for telling the truth about the election. Yet people around the president say he is moving on to 2024. NPR White House correspondent Tamara Keith is here. Tam, good morning.

INSKEEP: What are you hearing?

KEITH: My colleague Franco Ordoñez and I spoke to three sources. They were not authorized to speak to reporters, so they spoke on condition of anonymity. But what they say is that President Trump is very seriously considering running again, that he's going to dangle it out there and that he could announce it quickly. One of the sources said he could announce by the end of the year or shortly before Inauguration Day. The thinking is that it would make him part of the conversation on Joe Biden's big day. But another source said that nothing that concrete has been discussed in the planning meetings that he's been a part of.

INSKEEP: Well, how does this 2024 planning match up with Trump making all of his political allies debase themselves by pretending that he hasn't lost 2020 yet?

KEITH: Well, they're connected, in a way. This fight that is being led now by his personal attorney, Rudy Giuliani, is linked to his 2024 ambitions because among his supporters, at least, it casts a shadow over Biden's presidency. Also, Trump is allergic to the idea of being a loser even if, in reality, he lost fair and square. The campaign official I spoke to told me that there had been a plan for legal challenges if the results were close. It was a narrow path, he said. But after the election, President Trump decided he wanted a different playbook. He brought in Giuliani to, quote, "go in there and knock over tables and stuff." That alienated and pushed out more traditional, professional lawyers with relevant experience. And now Giuliani is going around the country holding what this campaign official called fake hearings.

INSKEEP: Well, then what is the president himself saying about this, as best you can determine?

KEITH: Well, he hinted at a holiday party at the White House a couple of nights ago about his 2024 ambitions. He told Republicans there that he'd like to be president another four years, even if that means returning in four years. Meanwhile, he posted a lengthy video on social media last night that was just chock-full of falsehoods, going over debunked claims that haven't been proven in court and haven't even been brought up in court because they couldn't stand up to it.

INSKEEP: And yet the president is going on to think about 2024. But let me ask about that, Tam. There are a lot of ambitious Republicans who've accepted the president personally humiliating them and embarrassing them and been silent about a lot of things, presumably so they would get a chance to go next. What's it mean to them that now the president himself may want to go next?

KEITH: Our sources - and basically the rules of politics - tell us that it will freeze them out. And that is part of the point. President Trump remains very popular with his base. And he is very good at keeping the spotlight on himself. And that will hurt people like Nikki Haley, the former South Carolina governor, Maryland Governor Larry Hogan, who are thought to have presidential ambitions, as well as senators like Tom Cotton and others who have been positioning themselves to run in 2024. Vice President Mike Pence may be OK, one person tells me, because he already has a brand and a high profile because of the office he holds.

INSKEEP: OK. Tamara, thanks so much. 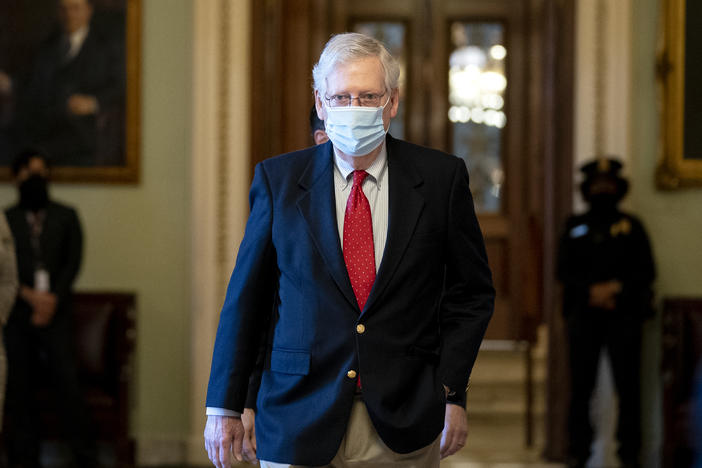 Senate Majority Leader Mitch McConnell acknowledged Joe Biden and Kamala Harris as president- and vice president-elect on Tuesday for the first time. McConnell spoke with Biden later in the day. 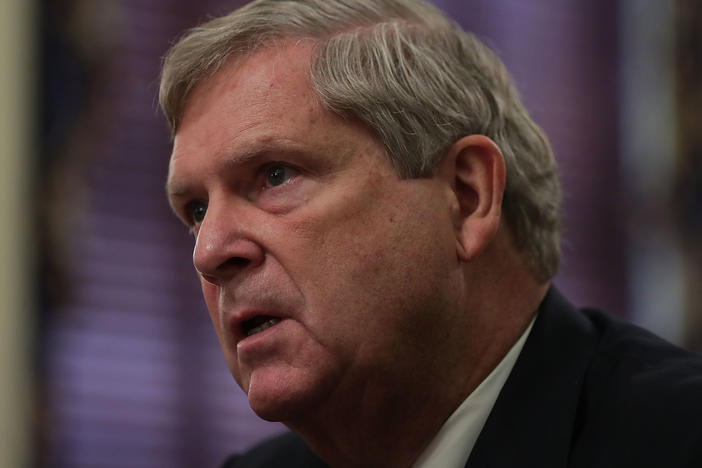 Vilsack served as secretary of agriculture during the Obama administration and has been a trusted adviser to President-elect Joe Biden. But critics say his time has passed. 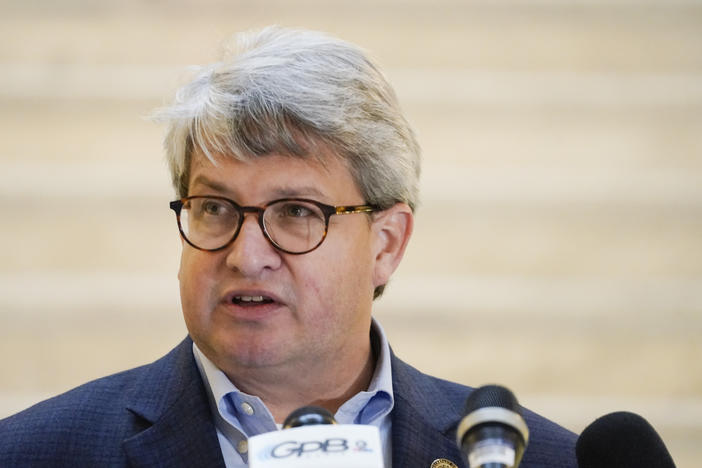 In a fiery Tuesday news conference, Gabriel Sterling had scathing words for top Republican leaders who have been attacking Georgia's election system.