Trump Is In No Mood To Concede, But Says Will Leave White House 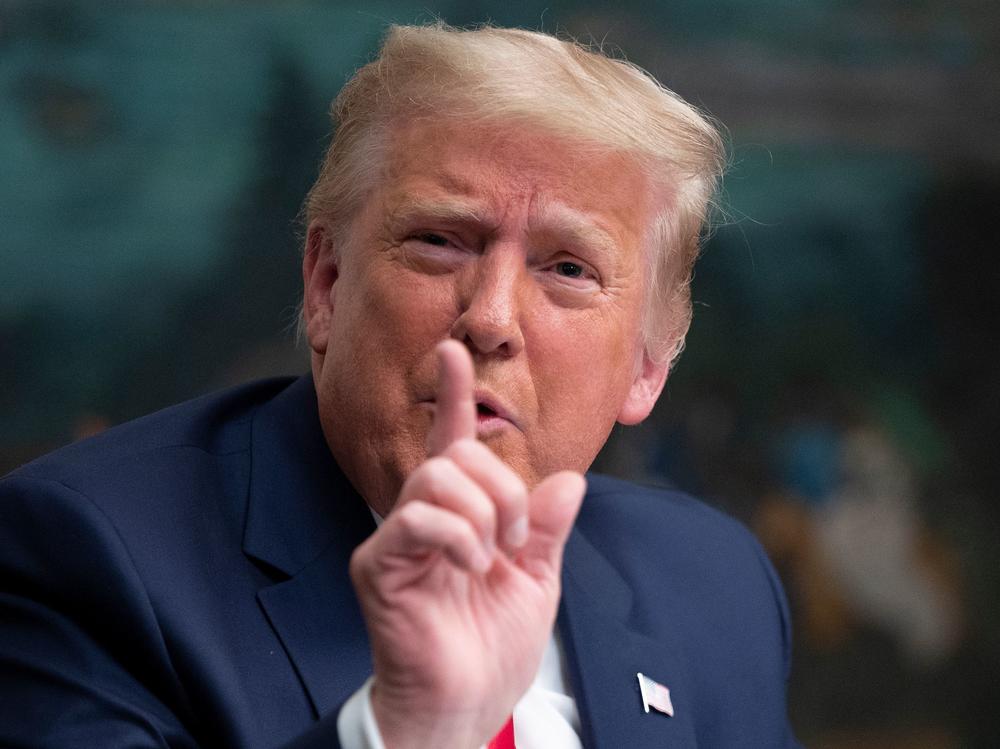 Caption
President Trump took questions for the first time since he lost the election to Joe Biden after he spoke to troops serving overseas on Thanksgiving.

President Trump this week acknowledged that the transition for President-elect Joe Biden to take office is going ahead. But on Thursday, he made clear he's in no mood to concede the election, even after the Electoral College formally votes this month.

"It's going to be a very hard thing to concede because we know there was massive fraud," Trump said, without evidence, complaining that the U.S. election was "like a Third World country."

Trump has kept a low profile since losing the election to Biden on Nov 3, appearing on camera only a handful of times, and steering clear of reporters' questions.

But on Thanksgiving, after talking to troops serving overseas, Trump held forth, venturing into the weeds of the allegations that the election was rigged — baseless claims of widespread fraud that courts have repeatedly rejected.

"There's no way that Biden got 80 million votes," he said, repeatedly.

When a reporter pushed back against his claims, Trump got angry. "Don't talk to me that way," he said. "You're just a lightweight ... I'm the president of the United States. Don't ever talk to the president that way."

Trump said he would leave the White House on Jan. 20, Inauguration Day. "Certainly I will — and you know that," he said. "But I think that there will be a lot of things happening between now and the 20th of January, a lot of things."

One of those things: Trump will campaign for the two Republican senators in the Georgia runoff races on Jan. 5. The White House said he will headline a rally on Dec. 5, and Trump said he may return to the state before the election, if needed. The results of the races will determine whether Republicans retain control of the Senate.

But he refused to say whether he would attend Biden's inauguration ceremonies, as is tradition. And as far as his political future beyond Jan. 20 — Trump also declined to answer. 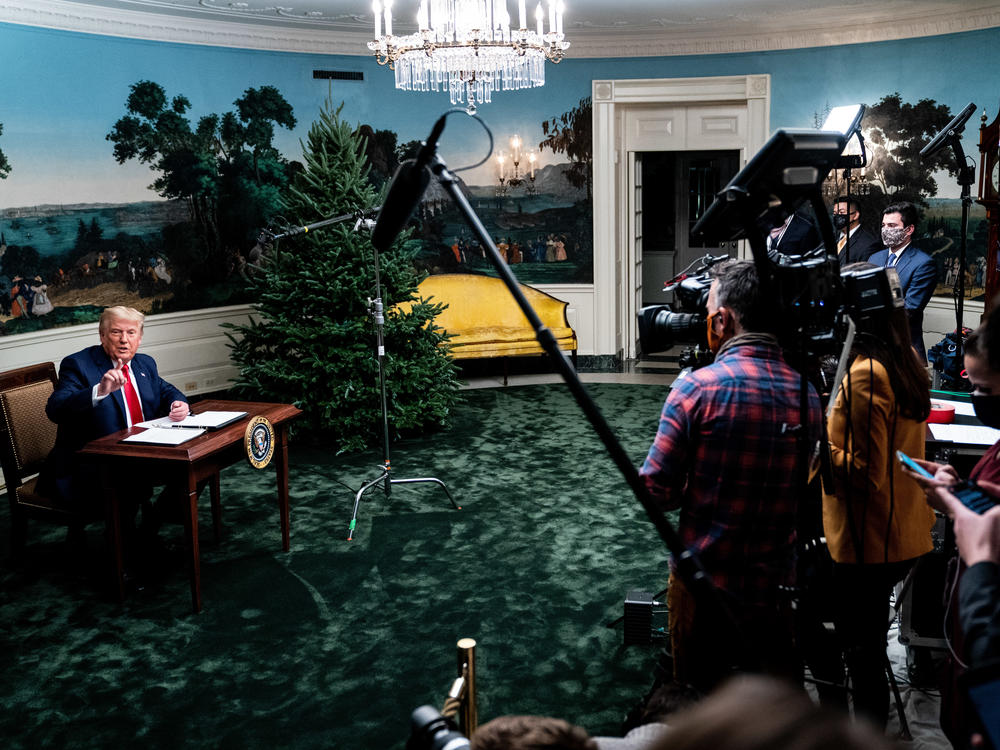 Caption
President Trump took questions in the Diplomatic Room of the White House on Thanksgiving after speaking to troops stationed abroad. 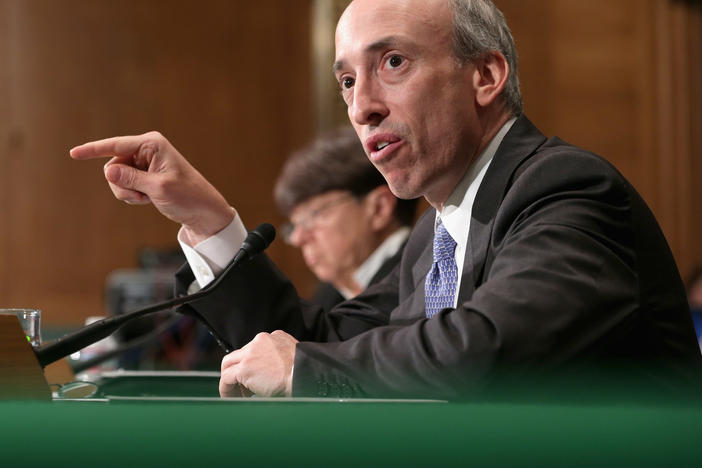 Selecting Gary Gensler for the Securities and Exchange Commission and Rohit Chopra for the Consumer Financial Protection Bureau is a win for progressives who have pushed for aggressive oversight. 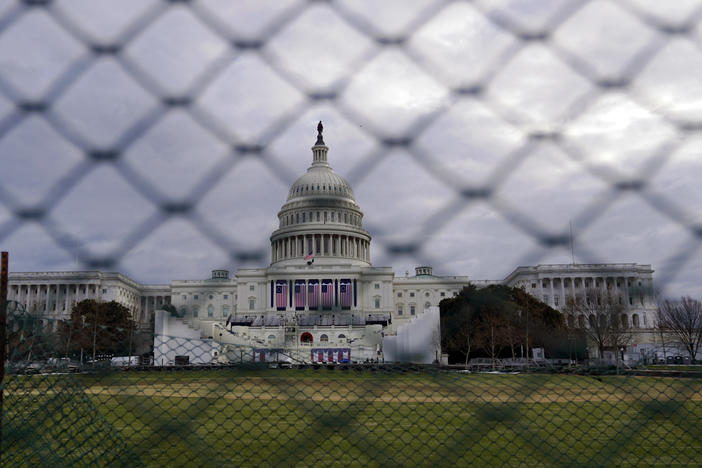 Biden's Inauguration Is Going To Look Very Different. Here's What To Know

President-elect Joe Biden's inauguration has been largely downsized because of the coronavirus pandemic and security concerns after the attack on the Capitol on Jan. 6. 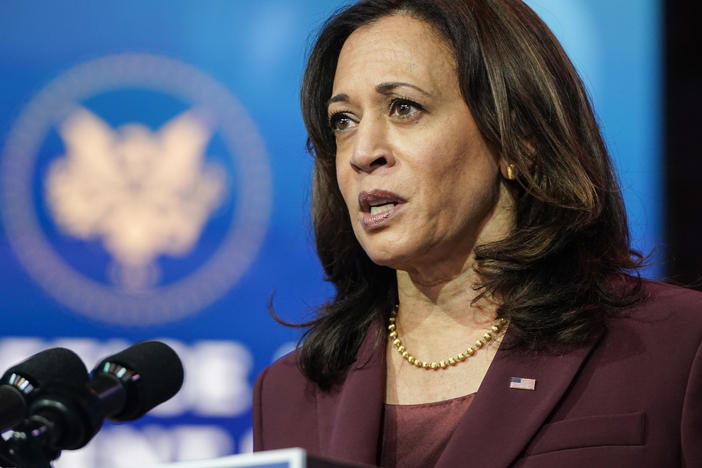 The vice president-elect will be sworn in on Wednesday by Justice Sonia Sotomayor, both women of color who broke barriers. As vice president, Harris will tip control of the Senate to Democrats.