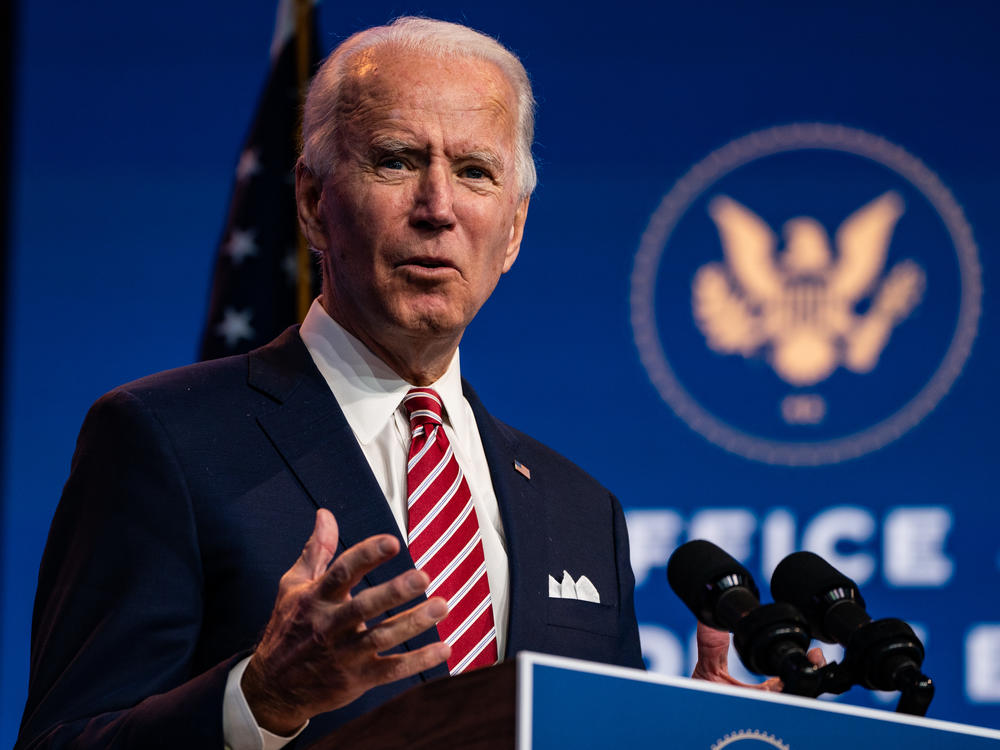 President-elect Joe Biden has affirmed his support for erasing some student debt "immediately."

Student debt forgiveness was a major campaign plank of some of his more progressive rivals for the Democratic nomination, but it remains controversial even among some Democrats.

In answer to a question at a Monday press conference, Biden repeated his support for a provision passed as part of the HEROES Act, which the Democratic-controlled House updated on Oct. 1. The provision calls for the federal government to pay off up to $10,000 in private, nonfederal student loans for "economically distressed" borrowers. Biden specifically highlighted "people ... having to make choices between paying their student loan and paying the rent," and said the debt relief "should be done immediately."

Senate Democrats are pushing for much more debt relief. Senate Minority Leader Chuck Schumer co-authored a resolution in September with Sen. Elizabeth Warren calling for the next president to cancel up to $50,000 of outstanding federal student loans per borrower. According to data from the College Board, that would mean erasing all debt for more than three-quarters of borrowers.

The senators cited an opinion from attorneys at a Harvard legal clinic who argue that the power to cancel federal student loan debt rests with the president and his or her education secretary, since it's the Education Department that actually originates these loans. That means it can be done regardless of who controls the Senate without passing any new laws.

It can be done — but should it be done? Some economists argue canceling student debt will boost the economy, freeing up younger people to start businesses, buy homes and even start families.

Warren, in her presidential campaign proposal, cited arguments that debt forgiveness would reduce the racial wealth gap, reverse rural brain drain and allow more people to complete their educations. Activist groups such as the Debt Collective go further, arguing that student debt is wrong in principle. "We must return education to the status of a public good," the organization says on its website.

Critics point out that people with college degrees usually earn more money than those who don't have them. They say student debt cancellation is, in that sense, regressive, because it's a form of economic aid targeted to people who are already at an advantage. Some commentators also see a partisan slant to debt forgiveness. That's because white voters without a college degree are far more likely to vote Republican. And then there's the moral hazard argument — that debt cancellation would tempt people to take out more student loans and act irresponsibly in the future.

Tying debt cancellation to the COVID-19 emergency, and targeting the economically distressed, as Biden is calling for, might reduce these kinds of criticisms.

And Biden coupled his endorsement of debt cancellation with the idea of lowering the cost of college through more federal aid going forward, "everything from community college, straight through to doubling Pell Grants, to making sure that we have access to free education for anyone [from households] making under $125,000 for four years of college," he said.

His wife, Jill Biden, a community college professor, echoed the call for free community college at a remote keynote address she gave Monday to a group called College Promise, where she is the former honorary chair. College Promise supports and advocates for a network of 360 local free college programs across the country, which operate with a mixture of public and philanthropic support. 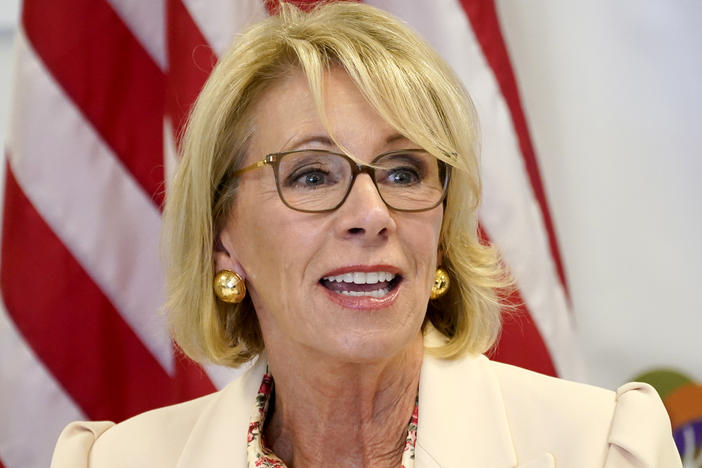 Congress hit pause on federal student loan payments in the CARES Act. The latest extension of this relief will last until after President-elect Joe Biden takes office. 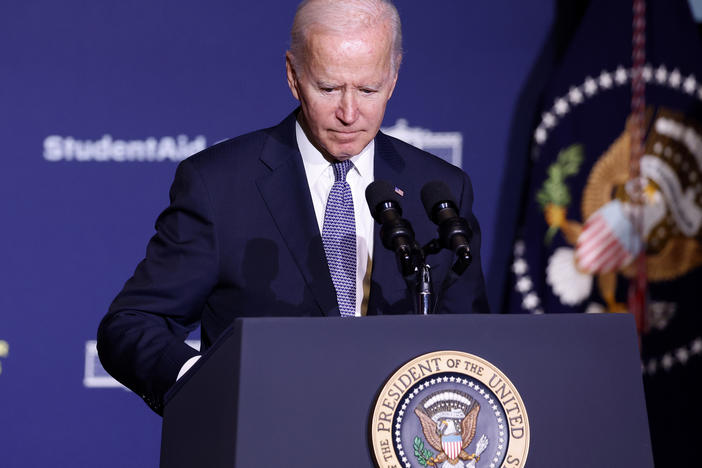 Nearly 22 million people — more than half of qualifying borrowers — have signed up. The Biden administration says it is continuing to accept and review applications during the temporary hold. 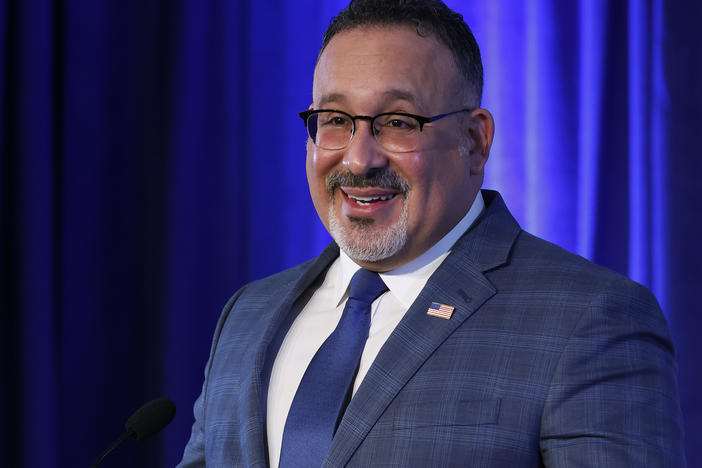 The Biden administration extended the freeze on student loan payments yet again, this time until September, and announced a reset for borrowers in default.