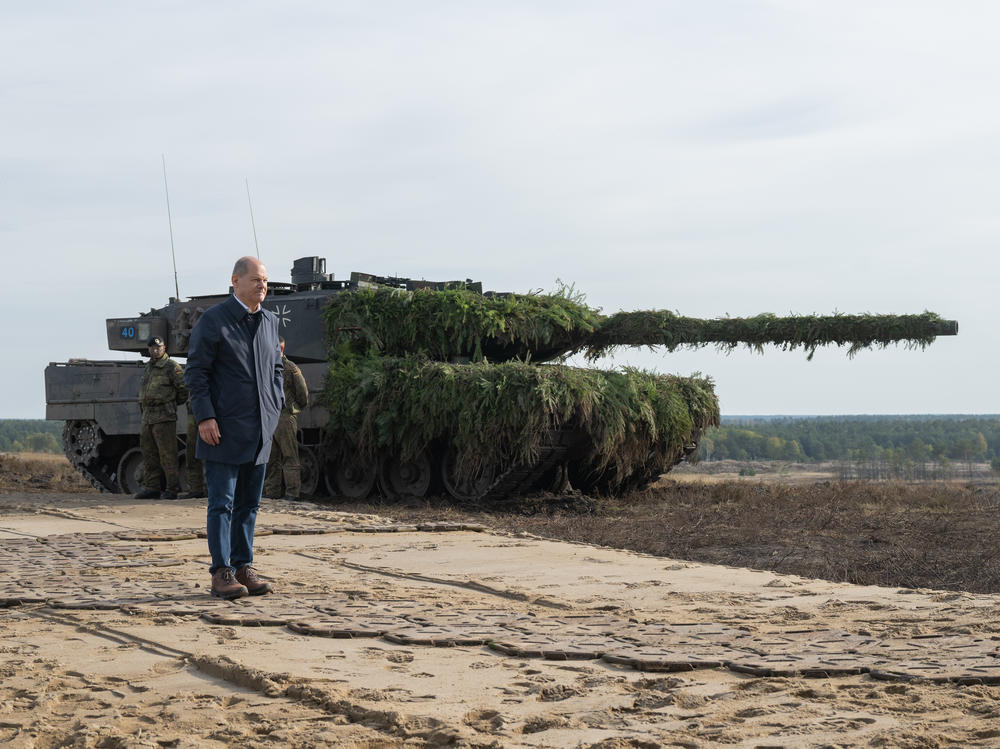 German Chancellor Olaf Scholz stands next to a Leopard 2 main battle tank of the German armed forces while visiting an army training center in Ostenholz, Germany, on Oct. 17, 2022. / Getty Images

BERLIN — After weeks of intense pressure from allies, Germany has agreed to allow its state-of-the-art Leopard 2 tanks to be donated to Ukraine, in a marked shift from its leaders' reluctance to significantly increase military support to help the country fight Russia.

German Chancellor Olaf Scholz, speaking to parliament Wednesday, defended the length of time it took to reach the decision.

The White House appeared to be leaning toward a decision on whether to send its Abrams tanks to Ukraine as well.

Germany will initially send a company of 14 tanks, and Ukrainian crews will soon begin training on them in Germany, said Steffen Hebestreit, a spokesman for Scholz. Germany will also authorize other countries that have their own stocks of Leopard 2 tanks to export them to Ukraine.

Ukrainian President Volodymyr Zelensky, who has long-asked for the tanks, welcomed the decision. He wrote on Telegram that Germany's donation of the tanks pave the way for Ukraine's western partners to supply similar weapons. "I am sincerely grateful to Olaf Scholz and all our friends in Germany," he wrote.

But the celebration was dulled in Ukraine, as air raid sirens went off in Kyiv just as Scholz began speaking to parliament.

Among the countries willing to export their stockpiles of Leopard 2 tanks to Ukraine are Finland and Poland, which Tuesday officially requested that the German government issue an export license for its battle tanks.

German weapons companies manufacture the Leopard 2, and the German government legally has the final say over how and where the tanks are used, even when other countries offer to export them.

In his daily briefing delivered shortly before the German announcement, Kremlin spokesman Dmitry Peskov said any western tanks delivered to Ukraine would "burn like all the others" — adding that the U.S. and its European allies were wrong to think the tanks would influence the outcome of the war.

"I'm sure that many specialists understand the absurdity of this idea. Technologically, this is a failed plan," said Peskov. "This is an overestimation of the potential that this will add to the Ukrainian army."

"This extremely dangerous decision takes the conflict to a new level of confrontation," said Nechayev.

"Once again, we are convinced that Germany, like its closest allies, is not interested in a diplomatic solution to the Ukrainian crisis but instead is set on permanent escalation with limitless pumping of deadly arms to the Kyiv regime."

Germany wanted to work with allies

Scholz had consistently refused to give the go-ahead for his country or others to export Leopard tanks to Ukraine, saying Western tanks should only be supplied to Kyiv if there is agreement among key allies, particularly the United States.

One reason "is because there has not really been a clear majority in the German electorate electorate for sending tanks," said Sudha David-Wilp, who heads the Berlin office of the German Marshall Fund. "Two, he's had a lot of pressure within his own party about getting dragged into the war. And then I guess there is also a genuine fear about what this would trigger on the part of Russia."

U.S. officials had been pressing Germany to send Leopard tanks but previously said the Biden administration was not sending the American-made tanks because of challenges with training and maintenance.

Berlin is also hesitant to supply arms that would enable Kyiv to carry out attacks on Russian soil or that could potentially draw NATO into a broader conflict with Moscow. Scholz has asserted throughout the nearly 11-month Russian invasion of Ukraine that Germany is already one of Ukraine's biggest financial supporters.

"Germany will not go it alone, Germany will act together with its allies and especially with our trans-Atlantic partner, the U.S. Anything else would be irresponsible in such a dangerous situation," the chancellor said at an event sponsored by his center-left Social Democratic Party on Jan. 9 in Berlin.

For months, public opinion in Germany has backed Scholz's refusal to send heavy weaponry to Ukraine. But according to a Forsa survey last week, German public support for supplying battle tanks to Ukraine grew to its highest level ever: 46% of those polled are in favor of delivering Leopard tanks and the same percentage is against it.

A previous version of this story misspelled Steffen Hebestreit's name. 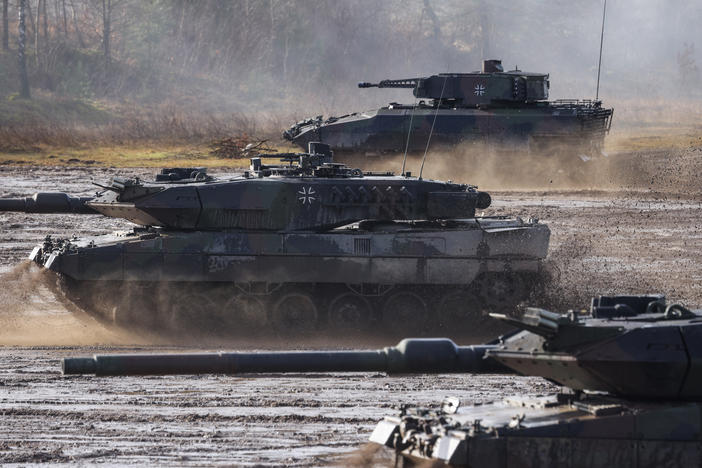 Western defense officials are meeting to coordinate military assistance to Ukraine. Germany has resisted their efforts to persuade the country to export its Leopard 2 tanks, or allow others to do so. 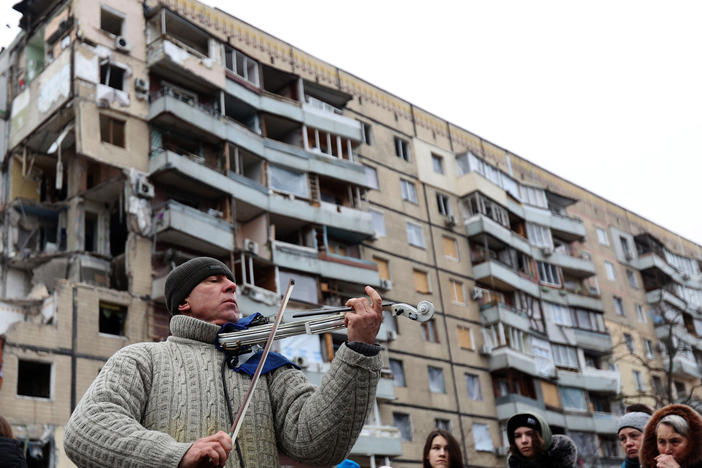 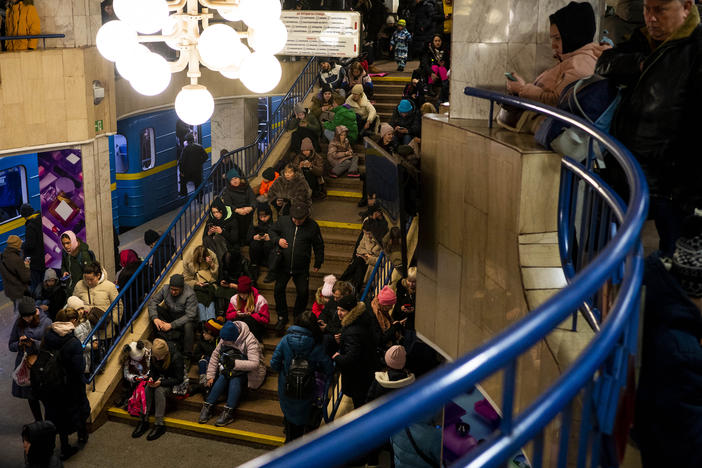 Russia unleashed a new wave of airstrikes at Ukraine, aimed at destroying the power grid. The attacks caused damage and casualties, but Ukraine said it shot down most of the incoming missiles.