Beginning in April, a pandemic-era law that changed access to Medicaid is set to expire. Six million low-income people could lose access to health care.

A pandemic-era law that kept people automatically enrolled in Medicaid is expiring soon. In the spring of 2020, the federal government recognized that it would be a really bad time for people to lose access to health care, so it changed the rules to keep low-income people insured. From WHYY in Philadelphia, Alan Yu has more.

ALAN YU, BYLINE: Usually, people on Medicaid have to reapply for the program every year. They have to fill out information about their income and residence to make sure they're still eligible. It's a process that can become a barrier. Robert has not been on Medicaid for a few years. We're not using his last name because he has a medical condition he would like to keep private. He recently signed up for Medicaid again because his daughter encouraged him to go for a checkup. He's done the paperwork before, so it only took him about half an hour with his daughter's help. He has ADHD, so having a second set of eyes on his application was good.

ROBERT: And if we miss one little detail, they will reject you. You got to go back and check your work. I usually get two applications. So if I mess up on one, I can (laughter) do the other one, you know?

YU: If someone makes a mistake on their forms to get Medicaid, they could be denied coverage. In March, 2020, federal legislation required states to keep people on the program as long as the country was in a public health emergency. They no longer had to reapply to stay in.

JENN LYDIC: It's allowed for a continuity that I think has really been lifesaving for a lot of folks.

YU: Jenn Lydic is the director of social services and community engagement at the Public Health Management Corporation, a nonprofit that runs six health centers in Philadelphia.

LYDIC: I know so many patients who have now been able to really finally get ahead of a lot of their health conditions, to be living with a chronic and acute health condition and know that they are going to be able to consistently access medication.

YU: The latest spending bill that Congress passed ends continuous Medicaid enrollments. That means starting this April, states can kick people off the rolls. People on Medicaid or the medical staff helping them will have to go back to renewing their paperwork every year or run the risk of losing access to medicine or treatments that they need.

LYDIC: It was kind of this constant battle and this constant struggle to make sure that we, our patients, stay connected to health insurance.

CHERYL BETTIGOLE: There was this moment with the pandemic in which we recognized that it was really important for everybody to have access to care. We've somehow changed our minds about that. That is potentially quite shortsighted.

YU: Medicaid enrollment grew by almost 30% during the pandemic. The federal government estimates that the barrier of paperwork will mean more than 6 million people could lose their Medicaid coverage despite still being eligible. But there will be some lasting changes from the pandemic. For instance, Oregon will allow children who qualify for Medicaid to enroll at birth and stay enrolled until age 6 without having to reapply. Washington State, California and New Mexico are considering similar policies as well.

After Damar Hamlin's cardiac arrest, there's new urgency to get AEDs in schools 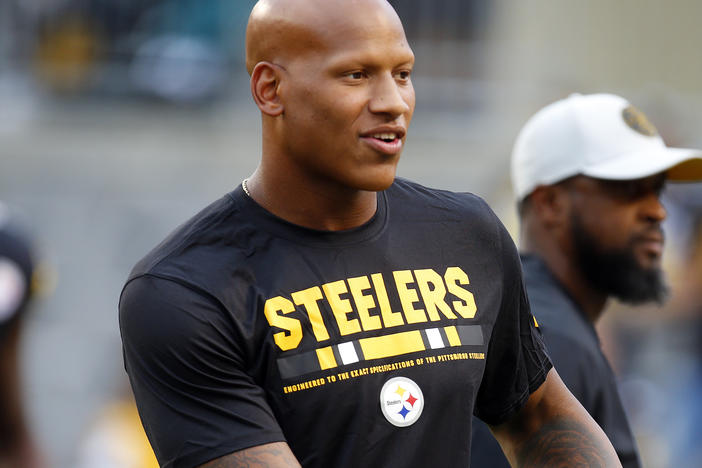 Ryan Shazier was seriously injured in an NFL game. He has advice for Damar Hamlin

The players suffered different injuries, though in similar settings. The former Steeler reflects on the memories Hamlin's collapse brought back and what he learned from his own long road to recovery. 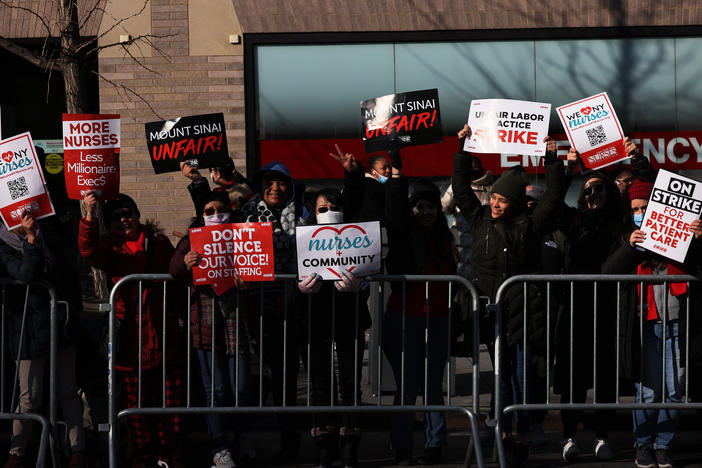 NYC nurses are on strike, but the problems they face are seen nationwide

Thousands of nurses at two New York hospitals are on strike for a third day. Their staffing shortages and other problems predate the pandemic, says the president of the American Nurses Association.