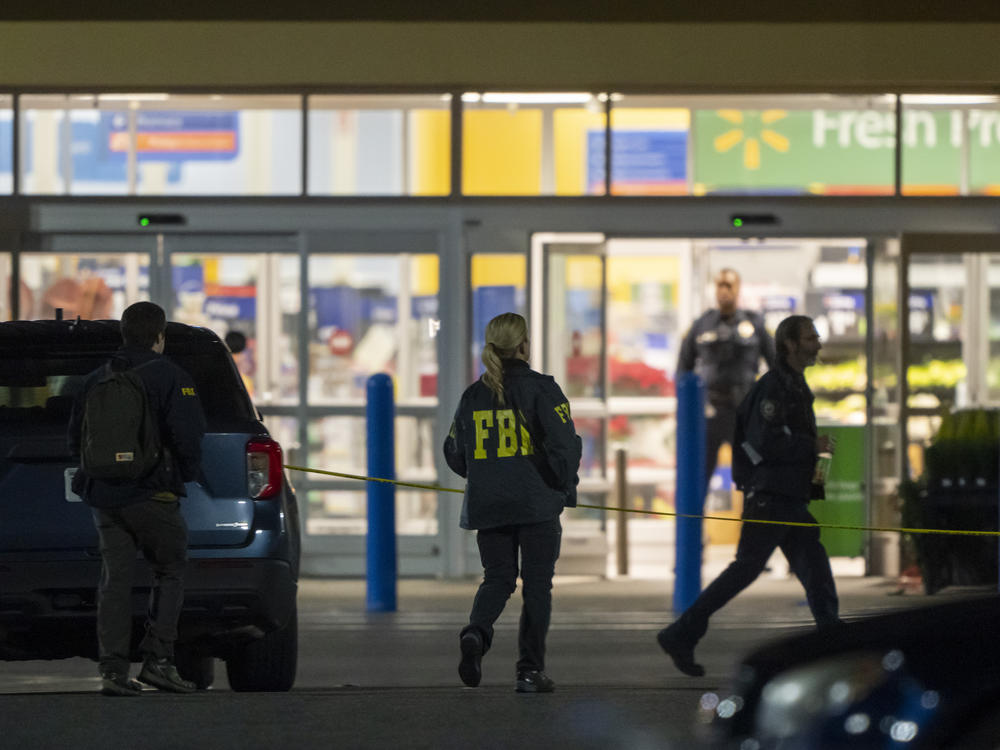 Law enforcement, including the FBI, work the scene of a mass shooting at a Walmart on Wednesday in Chesapeake, Va. / AP

A shooter opened fire in a Walmart in Virginia late Tuesday, leaving six people dead in the second high-profile mass killing in a handful of days. Police confirmed that the assailant is also dead.

The store in Chesapeake is now safe and will likely be closed for several days during the investigation, Officer Leo Kosinski said in the early hours of Wednesday.

The shooting came three days after a person opened fire at a gay nightclub in Colorado, killing five people and wounding 17. Earlier in the year, the country was shaken by the deaths of 21 when a gunman stormed an elementary school in Uvalde, Texas.

And since 2019, Americans have witnessed at least five deadly shootings inside supermarkets, including the deaths of 10 shoppers, most of them Black, at a Buffalo supermarket just this May.

Tuesday's shooting also brought back memories of a 2019 shooting in nearby Virginia Beach that left 12 dead. Then-Gov. Ralph Northam responded to that event by proposing a range of gun control measures for Virginia, the state that's home to the NRA.

After a backlash from pro-rights groups, including a high-profile 2020 rally of thousands of armed protestors, the measures saw mixed success. 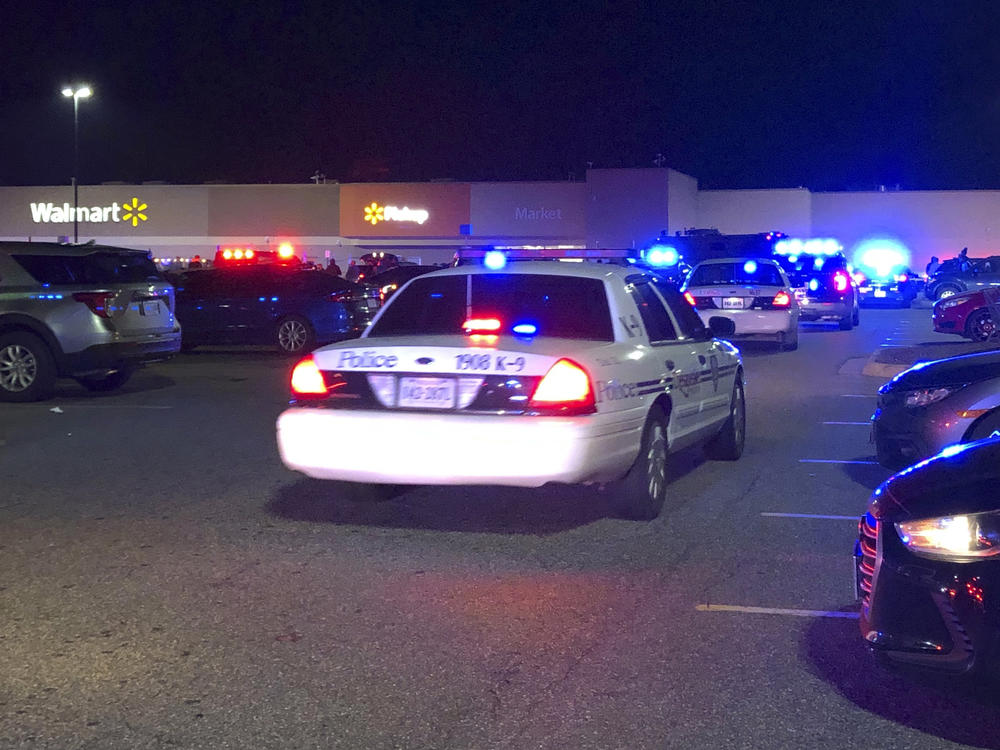 In this image from video Virginia police respond to the scene of a fatal shooting at a Walmart on Tuesday night in Chesapeake, Va. / AP

Earlier, Officer Kosinski said he couldn't say how the gunman died but that he didn't believe police fired shots. All indications so far suggest there was just a single shooter.

The shooting had apparently stopped when police arrived at the store in Chesapeake, which is Virginia's second-largest city and lies next to the seaside communities of Norfolk and Virginia Beach.

Mike Kafka, a spokesman for Sentara Healthcare, said in a text message that five patients from the Walmart were being treated at Norfolk General Hospital. Their conditions weren't immediately available.

Walmart tweeted early Wednesday that it was "shocked at this tragic event."

Virginia Gov. Glenn Youngkin echoed that sentiment, saying in a tweet that "heinous acts of violence have no place in our communities" and that he was in touch with law enforcement officers.

Chesapeake Mayor Rick West said in a statement he was "devastated by the senseless act of violence" and described his city as a "tightknit community." 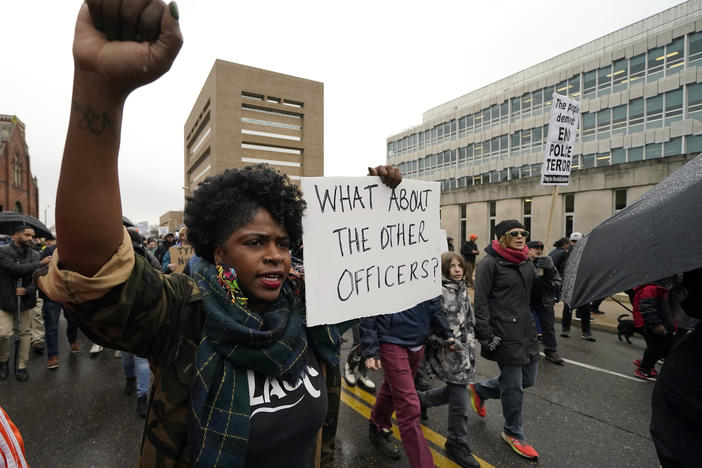 Nichols, 29, was pulled over on Jan. 7 for what police said was reckless driving. After trying to flee on foot, Nichols was severely beaten by police. He died in a hospital days later. 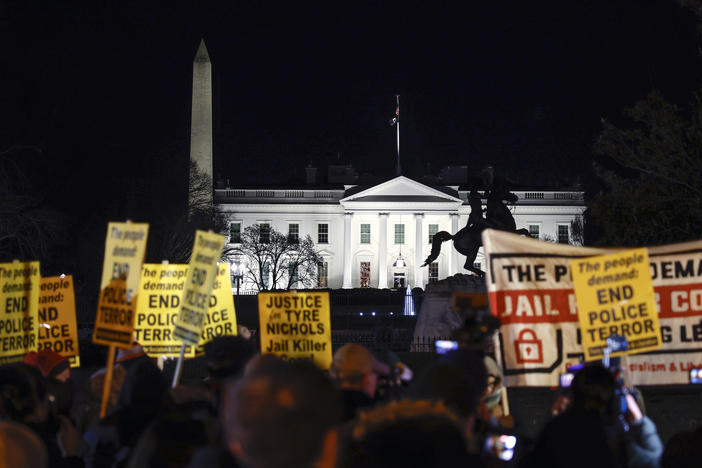 Mostly peaceful protests held across the U.S. after release of Tyre Nichols footage

In Memphis, where Nichols died, protesters shut down a major highway and chanted "justice for Tyre" before later disbanding. Demonstrations across the U.S. were largely peaceful. 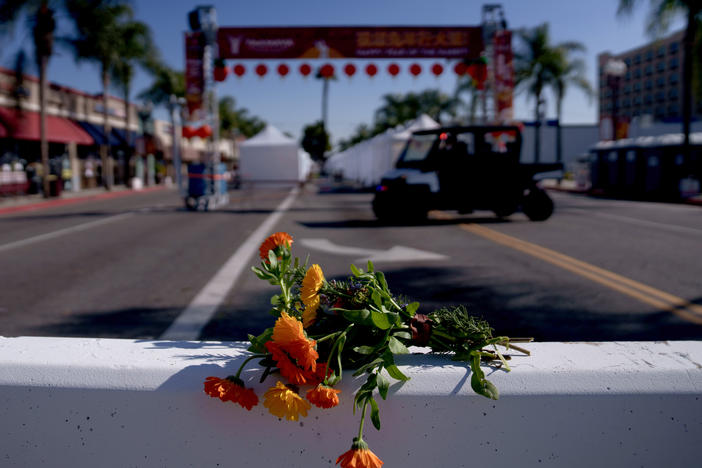 A suspect in the California mass shooting is dead, sheriff says

A gunman killed 10 people and wounded 10 others in the mass shooting in Monterey Park on Saturday. The incident took place near one of Southern California's largest Chinese New Year street festivals.