More than a thousand Starbucks employees went on strike on Thursday on what is one of the company's busiest days.

Members of the Starbucks Workers Union are picketing outside more than a hundred stores across the country on what they say is the group's largest single-day strike. The walkout falls on what's known as Red Cup Day, when the coffee giant hands out limited-edition holiday reusable cups. They're considered collector's items and customers line up at the crack of dawn to get their hands on a decorated cup. It's one of the coffee giant's most profitable days on the calendar.

But baristas such as Josie Serrano say it's emblematic of one of the union's fundamental requests: a call for better staffing.

"It's honestly one of those days that a lot of ... baristas try to ... ask for off because it's always always a very insane day," said Serrano, who works at a store in Long Beach. Calif.

Serrano says she has worked at Starbucks for about four and a half years. The store she works at is one of the 264 that have voted to unionize over the past year and joined the nationwide strike on Thursday.

Staffing is just one of the issues that Starbucks Workers United representatives say prompted them to launch the so-called Red Cup rebellion: A national strike with more than 100 stores staging their own picket lines.

The walkout is intended to get Starbucks to bargain with workers in good faith as the two sides try to hammer out new contracts, Serrano says.

According to the union, the company has retaliated against union leaders, and Starbucks lawyers have walked out on bargaining sessions or made last-minute rescheduling requests that make it challenging for members to participate.

But Starbucks' A.J. Jones, an executive vice president of communications, disputes that allegation.

"Nothing could be further from the truth," Jones told NPR, adding that the company has provided Starbucks Workers United with ample notice of bargaining session letters.

Jones said the company has probably been "overly aggressive" in trying to schedule bargaining sessions. The problem with recent talk breakdowns, he said, is that union leaders at the table want to record or broadcast negotiation talks on social media — a legal no-no.

"Under the National Labor Relations Act, you are not allowed to record bargaining sessions. And that actually is a clear violation of the act because of what's being discussed."

The workers union denies that that is a legitimate impediment. They say all they are doing is including union members on Zoom calls, which they claim they are allowed to do.

Meanwhile, on the picket line, leaders hope to win over customers who might not be thrilled with the strike if it interferes with their chance to get a red cup. So, they're offering an even more exclusive commemorative item: A union-designed red cup with the Starbucks Workers United logo on the front.

Serrano says this is a new kind of labor movement.

"I feel like the movement has been very fun. It's been very positive. And we just really want to be able to share that with our supporters ... like this is this is a party."

Currently, there are about 60 new bargaining sessions coming up before mid-December. 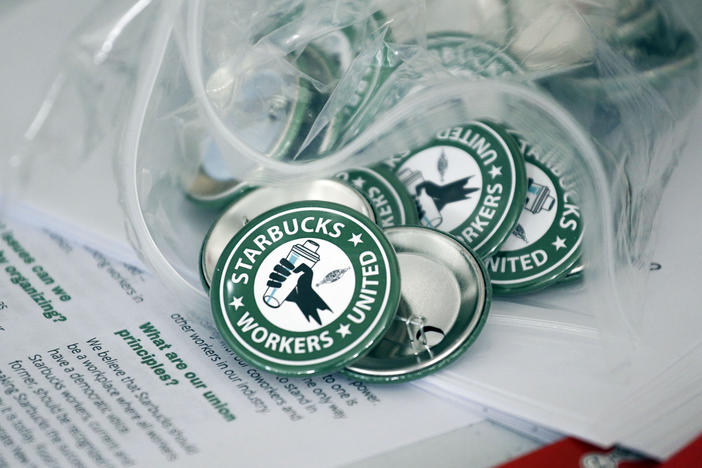 Starbucks gave the employees at the College Ave. location in Ithaca, N.Y., a one-week notice of the closure, the union says, with the store slated to permanently close on June 10. 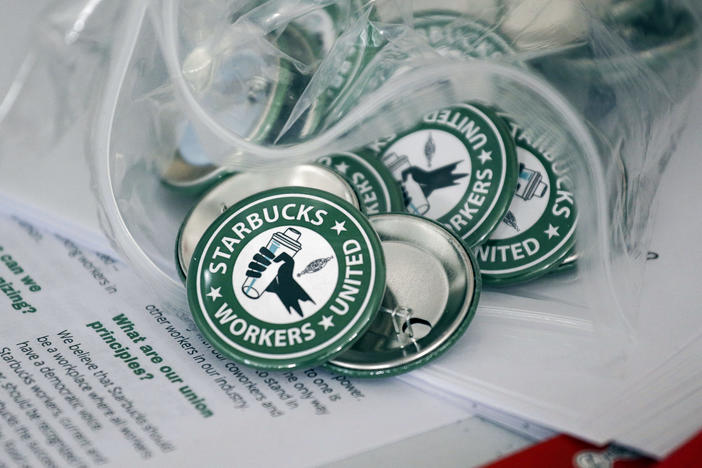 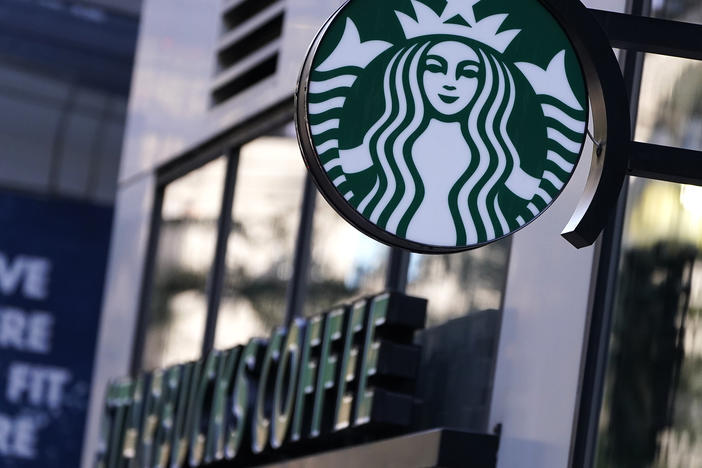 Starbucks workers form their 1st union in the U.S. in a big win for labor

Baristas and other workers from three stores voted whether to unionize. Starbucks fought the plan. Now