How did Atlanta accelerate gentrification and displacement? Local author counts the ways

LISTEN: Over the past few decades, the cost of owning a home in the Atlanta metro area has risen dramatically, and that has pushed some low income residents out of the area. In his new book, Dan Immergluck, professor of urban studies at Georgia State University, says the city of Atlanta failed to protect Atlanta's poorest residents from being displaced by gentrification. GPB's Peter Biello talks to him about it. 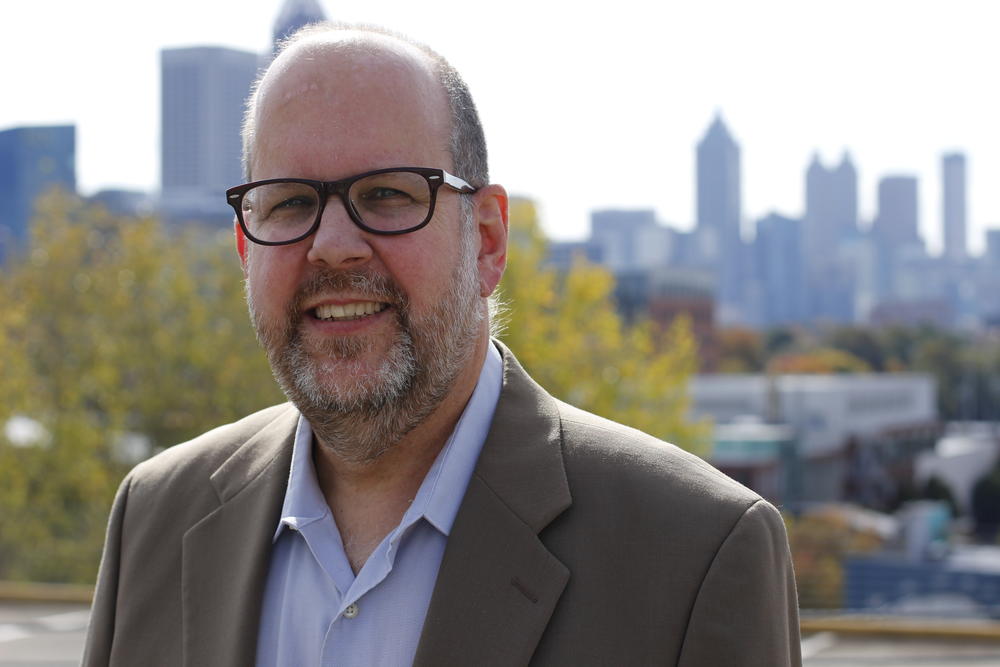 Dan Immergluck is the author of "Red Hot City: Housing, Race, and Exclusion in Twenty-First-Century Atlanta."

Over the past few decades, the cost of owning a home in the Atlanta metro area has risen dramatically, and that has pushed some low income residents out of the area. Dan Immergluck, professor of urban studies at Georgia State University, says the city of Atlanta failed to protect Atlanta's poorest residents from being displaced by gentrification. And he says this has hit Atlanta's Black community especially hard. His new book is Red Hot City: Housing, Race and Exclusion in Twenty-First Century Atlanta. He spoke with GPB's Peter Biello.

Peter Biello: There were several inflection points, as you write in this book. One of those being the 1996 Olympics when Atlanta decided to remake itself as a world-class city. Can you tell us a little bit about how the Olympics represented an inflection point where Atlanta could have made decisions that would help low income people become homeowners and build wealth? And then how it failed to do that?

Dan Immergluck: The focus on the around the Olympification of the city was: First we have to clear out these distressed communities of public housing. Atlanta had one of the worst public housing authorities in the country in the 20th century, especially by the end of the 20th century. They had disinvested from the stock. And instead of trying to repair it and improve it, they decided to demolish it and mostly displace those folks and give them housing vouchers and let them go elsewhere. The other thing, though, is the Olympics, together with some civic leadership, were seen as an opportunity to remake the city for the middle class, because Atlanta in the '70s and '80s had seen a decline in middle class populations, and this was seen as an opportunity to draw them back in.

Peter Biello: So this was essentially explicitly about getting wealthy people into Atlanta.

Dan Immergluck: That's right. And whiter people, to be honest. And they knocked down thousands of housing units, many in bad shape. But instead of trying to find and rebuild housing for those populations, much of the new investment was geared towards a different population. So the result was that really the seeding — or what I call the clearing of the way for emergent gentrification.

Peter Biello: Another inflection point you write about is the planning of the Atlanta BeltLine. Planners had some idea of the possible impacts of gentrification caused by the BeltLine, and they had some affordable housing goals, but they didn't really materialize in the way that they'd hoped. Can you tell us a little bit about that missed opportunity?

Dan Immergluck: The initial kind of visions of the BeltLine in 2003 and 2004 was really not about real estate development. It was about a vision of connecting the city through trails and transit. But then in 2004, the Trust for Public Land hires this well-known landscape architect, Alexander Garvin. And he writes this report called "The Emerald Necklace Report." And not one word in that quite long report about affordable housing, about displacement. The word gentrification wasn't used. It was seen as: these are distressed neighborhoods and this is a great opportunity to revalue those neighborhoods.

Peter Biello: Well, let me ask you at this point what city leaders could have done. Because they they clearly knew that property values were going up and corresponding property tax payments would go up as well. Those might be too expensive for the current occupants to handle. So what could they have done to help those people rather than let prices rise and let price exclude them?

Peter Biello: What kills me reading this book is that there were two opportunities to buy land at low cost around the BeltLine. The first one was before they announced that they were going to do this, because announcing that they would build this BeltLine primed that land for speculation. The prices went up and then they decided to buy some of it when it was way more expensive. The second time, during the Great Recession, land values and housing values really plummeted. But the city did not take advantage of it.

Dan Immergluck: That's right. It was an opportunity for a reset, for a redo, a do over, whatever you want to call it. Well, you dropped it. And in fact, people say, "Well, you know, the bond market was bad. We couldn't raise a lot of money." Some of that's true. But we had actually substantial federal money flowing into the city to help local governments buy property. We had a land bank that could have purchased many delinquent and dilapidated properties and acquire them because they were either tax delinquent, could have been acquired for nothing or were very cheap, like $10,000 a parcel. And again, the BeltLine was spending money. They were building the historic Fourth Ward Park. They were building trails. They were subsidizing Ponce City Market.

Peter Biello: So they could have paused all that and bought some land, set it aside for affordable housing.

Dan Immergluck: That's right. And then moved on. And it wouldn't have been a huge amount of time. You could have talked about a two- or three-year period of kind of waiting on that stuff. But it really was not just one missed opportunity. Like you said, it was two missed opportunities.

Peter Biello: When people are displaced by gentrification in Atlanta, where do they go?

Peter Biello: Not north because it's the more expensive.

Dan Immergluck: It's more expensive. There's more exclusionary zoning. Those suburbs, as I write about in the book, often push back on increased diversity near and within them. So low income people are going to the south, to the west, to the east, the outer counties sometimes. And this means farther from mass transit, reliable mass transit; farther from job centers, dense job centers, which means they're much more likely to almost have to own a car. Some people have asked me, "Would you prefer to be like 1980 when poor people were concentrated in the city and affluent people were in the suburbs?" I'm like, "No." But is it clearly better to have just affluent people in the city? To me, the choice is not between those two. The choice is something else. And that means mixed income communities. That means options to live in the city. One of the promising trends right now is more housing development near downtown Atlanta. I hope a lot of that is going to be devoted to deeply affordable housing because one of the best places for low income people in terms of services, job access, transit access is downtown Atlanta. 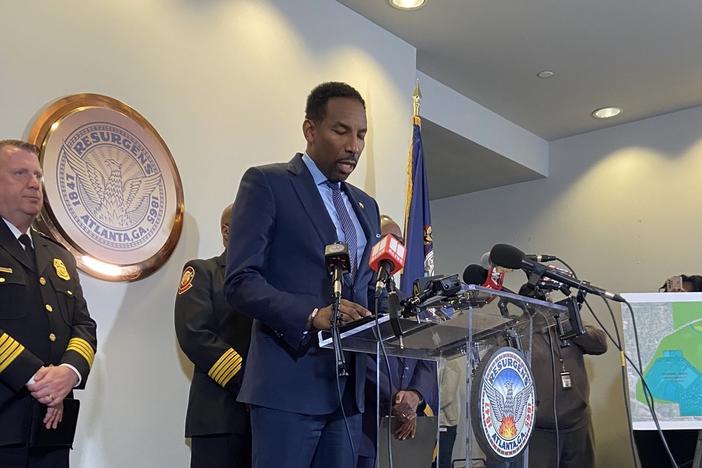 The leaders of Atlanta and DeKalb County have reached an agreement over a planned law enforcement training center.

Those in the music business are asking state lawmakers for more resources to enhance what's now a $4 billion Georgia industry.

Prominent Democrats are making another push to get President Joe Biden and the DNC to hold their 2024 Convention in Atlanta. 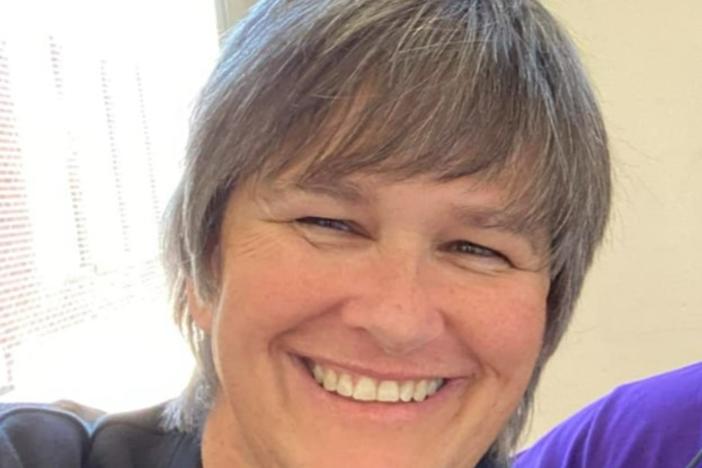 An anti-gay letter led to a superintendent's resignation. But the community wants her back

A South Georgia community rallied around a respected school administrator after an anti-gay letter circulated and she resigned. 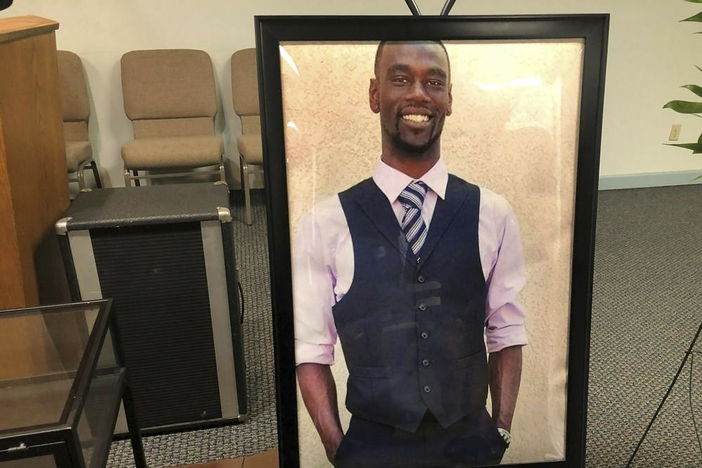 The Georgia State House held a moment of silence yesterday for Tyre Nichols, the unarmed Black man who died after police beat him in Memphis.

Georgia LGBTQ advocates are applauding the show of support for a south Georgia school administrator who resigned after someone circulated an anti-gay note about her to local pastors.

University of Georgia researchers are working to develop a market for jellyfish proteins.