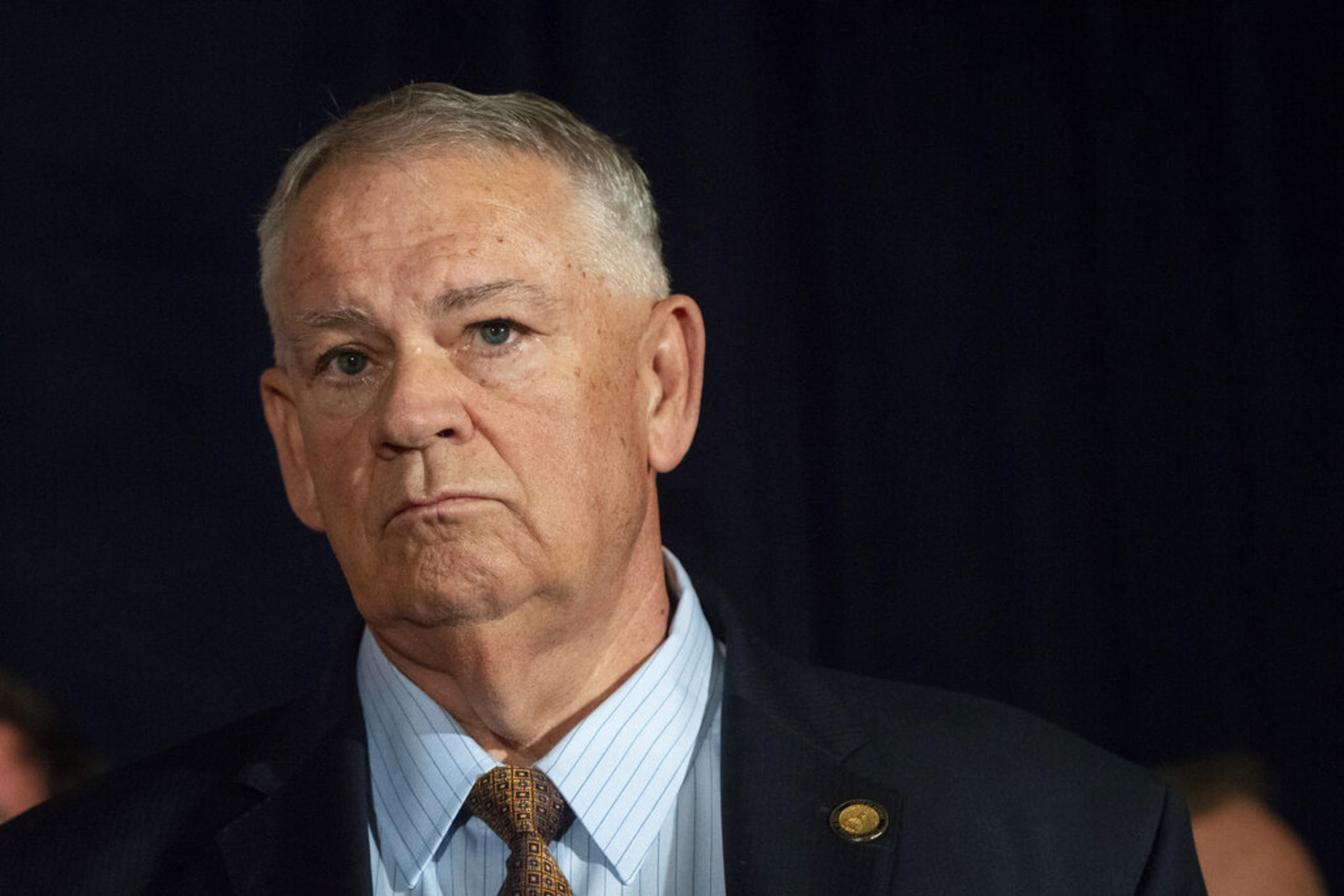 Georgia House Speaker David Ralston is stepping down as speaker at the end of the this year, he announced Friday, citing health concerns.

The 68-year-old Republican has been speaker since 2010. He was first elected to the state House of Representatives in 2002.

A lawyer from Blue Ridge in the north Georgia mountains, Ralston said he hopes to continue as a member of the House if his health concerns can be resolved. Ralston is unopposed for reelection in a district covering Fannin, Gilmer and Dawson counties.

“Serving as speaker of the Georgia House of Representatives has been the honor of a lifetime, and I owe a heartfelt thank you to my colleagues for the trust and confidence they placed in me thirteen years ago,” Ralston said in a statement. “I need to take time to address a health challenge which has arisen recently, and the House needs a speaker who can devote the necessary time and energy to the office."

Ralston's decision not to run for another term as speaker could set up a struggle for leadership in the lower chamber. Republicans currently hold a 103-76 majority in Georgia's House, with one seat vacant after an Augusta Democrat died. The whole House will elect a speaker when it convenes Jan. 9, but the House Republican caucus will pick a nominee who's likely to win the office in the days after Tuesday's election.

The GOP is favored to maintain control, but could come back with a narrower majority. That's important because legislation required 91 votes to pass in the chamber, not just a majority of those present and voting.

The speaker assigns bills to committees, controls the flow of legislation on the floor while presiding over House sessions and is the House's chief administrative officer. But, in reality, Ralston has been the second-most powerful man in state government, behind the governor.

He has had the power to shape legislation to his preferences. He displayed that earlier this year while muscling through a major reform of how mental health benefits are provided by private insurers and how the state handles provision of mental health.

“David Ralston has been a steadfast leader for Georgia throughout his time as Speaker, and our state is better off thanks to his wisdom and commitment to all Georgians while guiding the House through challenging times,” Republican Gov. Brian Kemp said in a statement.

Kemp is among those who owe Ralston a debt. After earlier stalling the Kemp priority, Ralston allowed the House this year to pass a bill that gave the state high school athletic association the power to ban transgender girls from playing sports matching their gender identity.

Ralston was first elected to the Georgia Senate in 1992 when Democrats were in the majority. He lost a race for attorney general to Democrat Thurbert Baker in 1998 before returning to the House in 2002.

Currently the longest-serving state house speaker in the United States, Ralston was cut from the mold of Tom Murphy, the west Georgia Democrat who led the House from 1973 to 2003. Ralston jealously guarded his power, taking the office after a chaotic period when the first Republican speaker in more than 130 years, Glenn Richardson, resigned following a suicide attempt and revelations of an extramarital affair with a lobbyist. Ralston had lost a speaker's bid against Richardson in 2008.

Ralston survived a challenge to his own power after The Atlanta Journal-Constitution revealed he had used his position as lawmaker to delay court proceedings for people he was representing in court. Most of the hard-core conservatives who rebelled against his leadership left the House, with some being defeated in primaries.

Ralston, for example, stripped state Rep. Barry Fleming, a Harlem Republican who was seen as a potential speaker candidate, from a position leading the committee that passed Georgia's election law this year, with Fleming moving to a smaller office. After David Clark, a Buford Republican, balked at House COVID-19 rules in 2020, Ralston had Clark escorted from the floor and changed the locks on Clark's office.

Some Republicans disliked Ralston because they saw him as insufficiently conservative. Ralston was always ready to cut taxes, boasting of a state income tax cut passed this year that could ultimately total $2 billion. But he helped rescue a hate crimes bill from legislative purgatory after the 2020 death of Ahmaud Arbery by telling state senators who opposed it that the House would blockade all their bills if the Senate did not act.

His co-sponsor on this year's mental health bill was Decatur Democrat Mary Margaret Oliver, maybe Ralston's warmest friend in the General Assembly. The close ties to her and former House member Calvin Smyre of Columbus meant Democrats could get a respectful hearing from Ralston, and sometimes get a little of what they wanted in legislation.

“As minority leader, I worked closely and well with him as speaker,” tweeted Democrat Stacey Abrams, who is challenging Kemp for governor on Tuesday. “Our politics differ, but my respect is deep and absolute.” 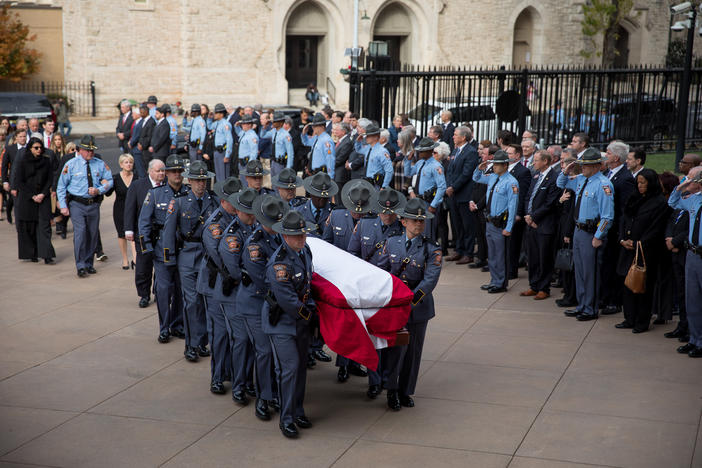 The Blue Ridge Republican, who died Nov. 16 at 68, was one of the most powerful and respected politicians in Georgia. 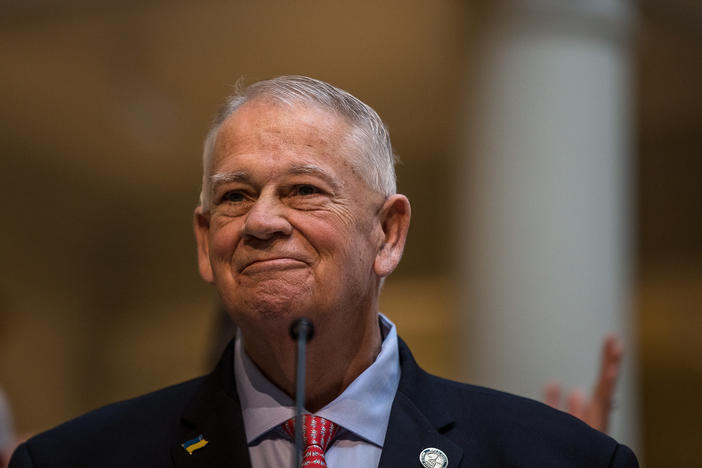 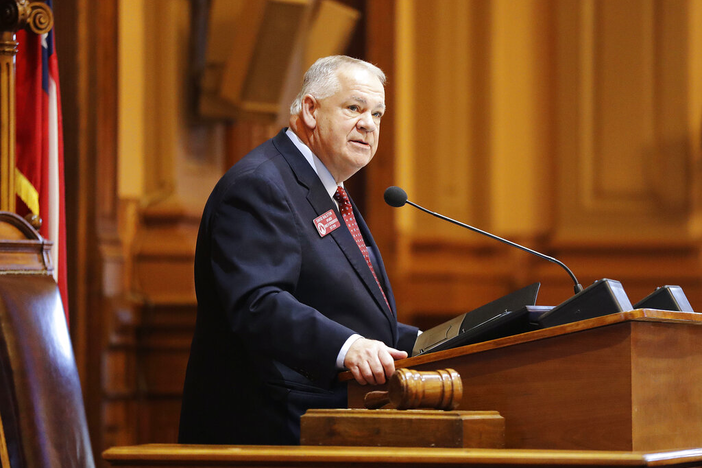