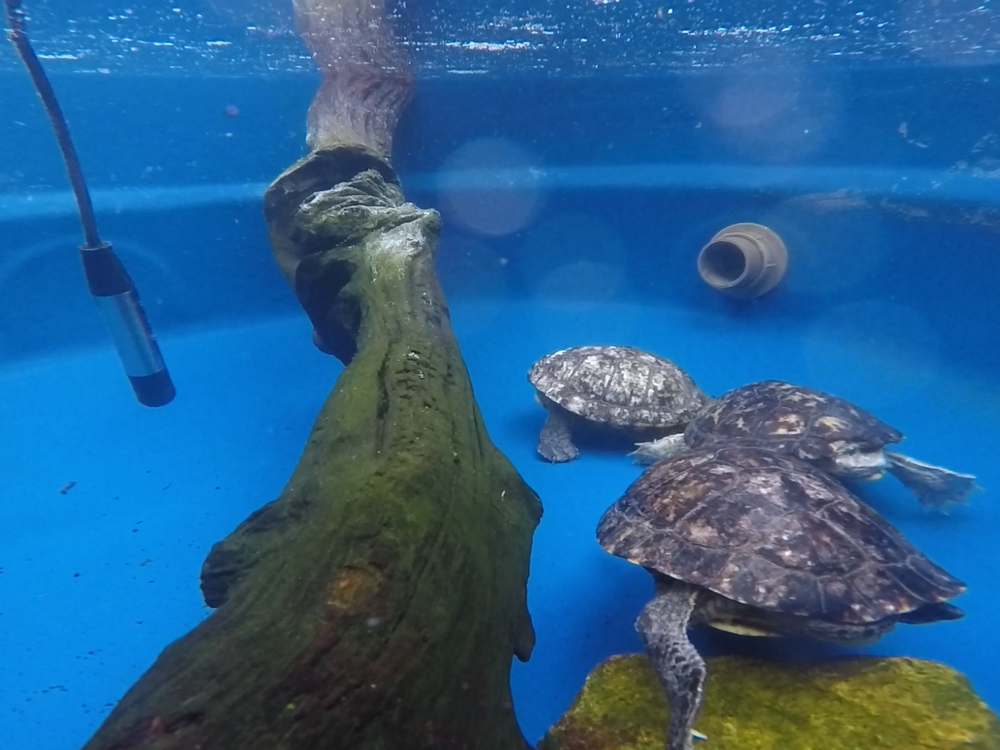 In the animal kingdom, some creatures are famous for the sounds they make — birds and their songs, cats and their meows, frogs and their ribbits.

But some animals are more quietly mysterious. Do turtles talk? What about other lesser-known vertebrates such as tuataras, caecilians and lungfish?

The answer is yes, according to a new paper in Nature Communications presenting evidence that many species thought to be mute do in fact vocalize — and the researchers caught it on tape.

Want to hear the evidence? Here's the sound of a southern New Guinea giant softshell turtle. And here's a caecilian, a limbless amphibian that lives hidden underground.

Gabriel Jorgewich Cohen, an evolutionary biologist working on his PhD at the University of Zurich, is the paper's lead author.

He explains that this project began after he read about a turtle in the Amazon making sounds, and he started wondering about the little sounds his own pet tortoises made. He got in touch with a researcher at his former university in Brazil who had created a tool that would be crucial to the research.

"He developed a type of hydrophone, which is pretty much a microphone that goes underwater," explains Jorgewich Cohen. "I took it home and I started recording my own pets. And I actually heard them making a lot of noises."

The project was on. He traveled to eight or nine institutions in five countries, on a quest to record animal species that were thought mostly to be mute. He recorded fifty species of turtles, as well as caecilians, tuataras (a reptile that's now found only in New Zealand), and lungfish (fish that can breathe air).

And it turned out, none of them were mute. "Actually every single animal I recorded made sounds," Jorgewich Cohen says.

He says the findings point to a common ancestor some 407 million years ago.

"Sometimes it's surprising how much we still don't know about things that aren't necessarily uncommon but live alongside us," says Neil Kelley, a paleontologist at Vanderbilt University.

Kelley says the paper's conclusion, mapping these vocalizations onto the evolutionary tree, make sense. He notes there are unique challenges in trying to study animal sounds over millions of years.

"It's very hard to trace that in the fossil record, because sounds obviously don't fossilize and most vocal equipment is soft tissue-based," he notes. 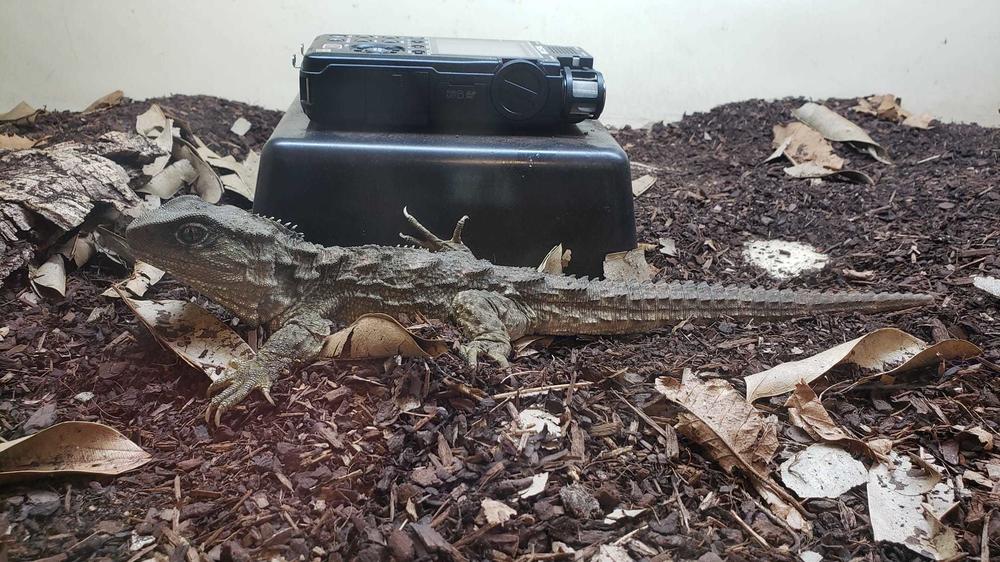 A tuatara — a rare reptile only found in the wild in New Zealand — was recorded at the U.K.'s Chester Zoo last year. / Gabriel Jorgewich Cohen

It's important to note that sound production and hearing are different things. Snakes, for example, are famous for their hissing sounds. But they aren't thought to be able to hear themselves — or each other — hissing.

And a turtle making sounds doesn't necessarily mean that it is communicating that way, says John Wiens, professor of ecology and evolutionary biology at the University of Arizona.

"I think there's some conflation of making sounds and acoustic communication," he says of the paper.

Jorgewich Cohen says that while the research team isn't sure what all the sounds they collected mean, they used several strategies to identify sounds used for communication — including using cameras to correlate sounds with behaviors that could demonstrate some kind of intention, and only including sounds that were recurrently produced and seemed correlated to social behavior.

Wiens says the recording of these sounds is an important step toward further understanding.

"If you don't record these sounds and report them, then there's no reason why anybody would study acoustic communication in those things," he says. "You don't even know that they're making sounds."

The next step, he says, is figuring out what these animals might actually be saying. 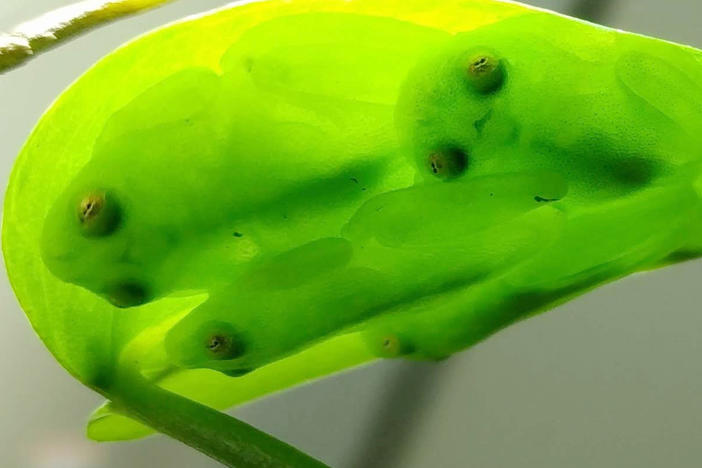 The astonishing vanishing act of the glassfrog, revealed

A kind of transparent frog achieves near invisibility by hiding its red blood cells during the day, scientists found. "I had never seen anything like that," researcher Carlos Taboada says. 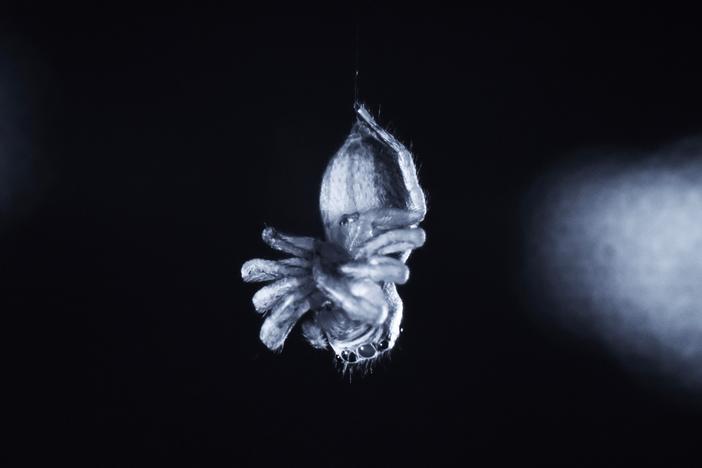 Spiders show signs of REM-like activity, raising the question: Do they dream?

A team of researchers filmed jumping spiders overnight and observed behaviors that mirror rapid eye movement sleep in other species. It helps that baby jumping spiders have translucent exoskeletons. 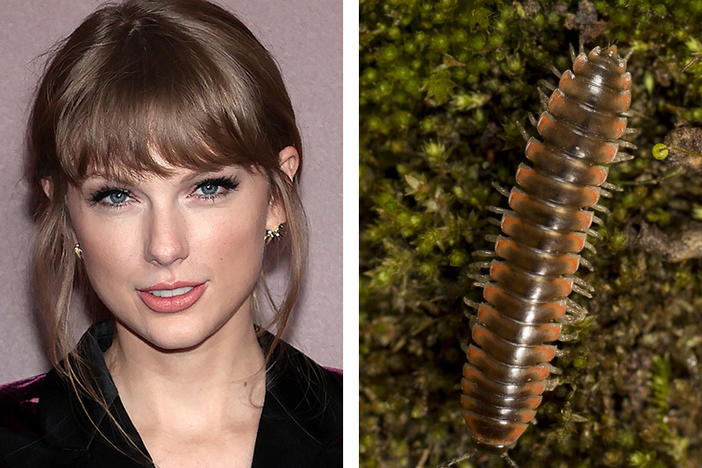 The Swift Twisted-Claw Millipede, or Nannaria swiftae, was among several new species found in Tennessee.