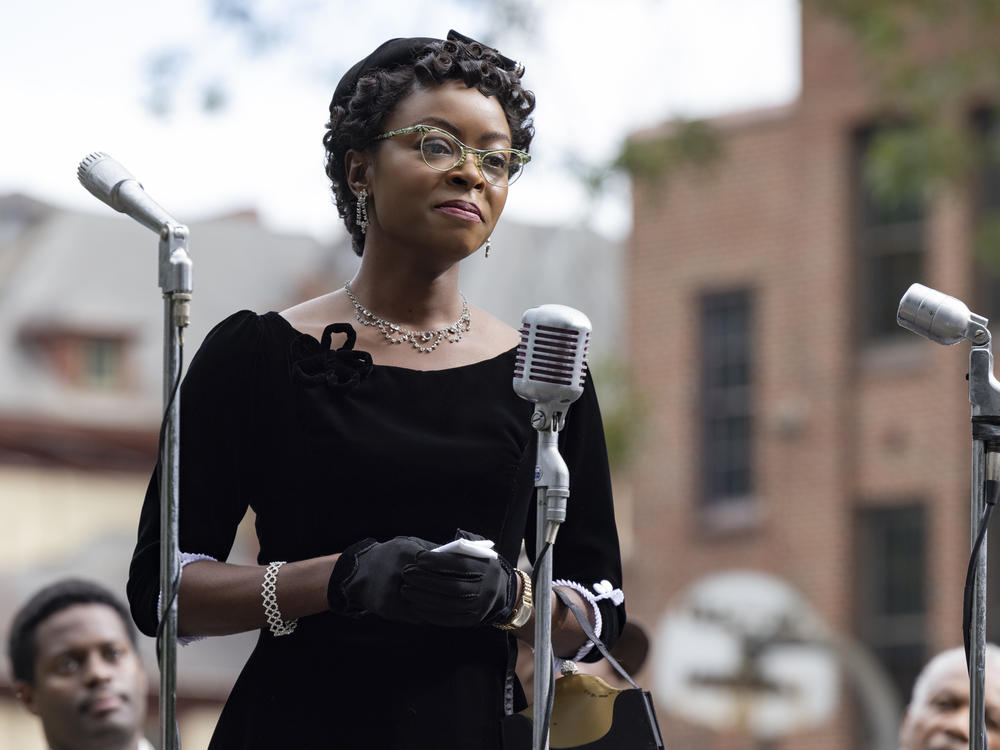 Like many Black people in America, director Chinonye Chukwu grew up learning about the story of Emmett Till, the 14-year-old Black boy who was brutally murdered in Mississippi in 1955 for allegedly flirting with a white woman. But far fewer people know the story of Till's mother, Mamie Till-Mobley.

Chukwu says Mamie and other Black women are often overlooked or erased from history. But Mamie's decision to hold an open-casket funeral for her son, and to publish photos of his mutilated face, served as a catalyst for the civil rights movement.

"Without Mamie Till-Mobley, the world wouldn't know who Emmett Till was," Chukwu says. "She wanted the world to witness what happened to her child so then this can stop happening to other Black children and Black people."

Her new film, Till, works to afford Mamie her "rightful place in history" by telling the story through her point of view. Though Emmett's murder is central to the narrative, Chukwu purposefully chose not to portray it on-screen: "I knew that the physical violence that was inflicted upon Emmett was not a necessary or important part of the story I wanted to tell, which was that of Mamie's journey and her becoming an activist — and also the love and humanity that existed between her and her child."

Till is Chukwu's third film. Her previous movies are Alaskaland and Clemency. Clemency won the 2019 dramatic grand jury prize at the Sundance Film Festival.

On filming upsetting material, and caring for the actors and crew on set

Myself and the producers were very intentional about protecting the mental and emotional well-being of everybody. So we had a therapist on set who was available to the cast and crew and was just such an invaluable resource in helping us process our feelings in real time. The parents of the child actors were on set and I wanted them as close as possible every day, if possible. And when I talk to their kids, I talk to them as well, because they're also a part of this journey. ...

When we were shooting this scene where Emmett's abducted, the actor who plays Emmett, Jalyn, who was 14 at the time, after a take or two, he had asked if we can pause so he can get a hug from his mom, and we just dropped everything so he can get a hug from his mom. And if Jalyn would have told me I don't want to do any more takes, then we wouldn't have done any more takes. We're human beings first and foremost. Those are some of the ways that we were really mindful of care. Also, there were just some scenes I limited to two takes because I just didn't want to go through that, put the actors through that repeatedly. And so I would tell the crew, "Listen, whatever we get in these takes is what's going to be in the film. So let's just make it as great as possible. But then we got to move on."

On recreating Till's dead body for the film, using a mold made of actor Jalyn Hall's body

It was a very harrowing process because I read and reread autopsy reports of what was done to Emmett and looked at diagrams and carefully examined the photograph and did a little bit of research about what being in water for three days does to a body. ... The actors who interacted with the body, like Danielle and Sean Patrick Thomas, who plays Gene, they didn't see or touch the body until we were ready to shoot the scene. And so the very first time they saw it was on camera. 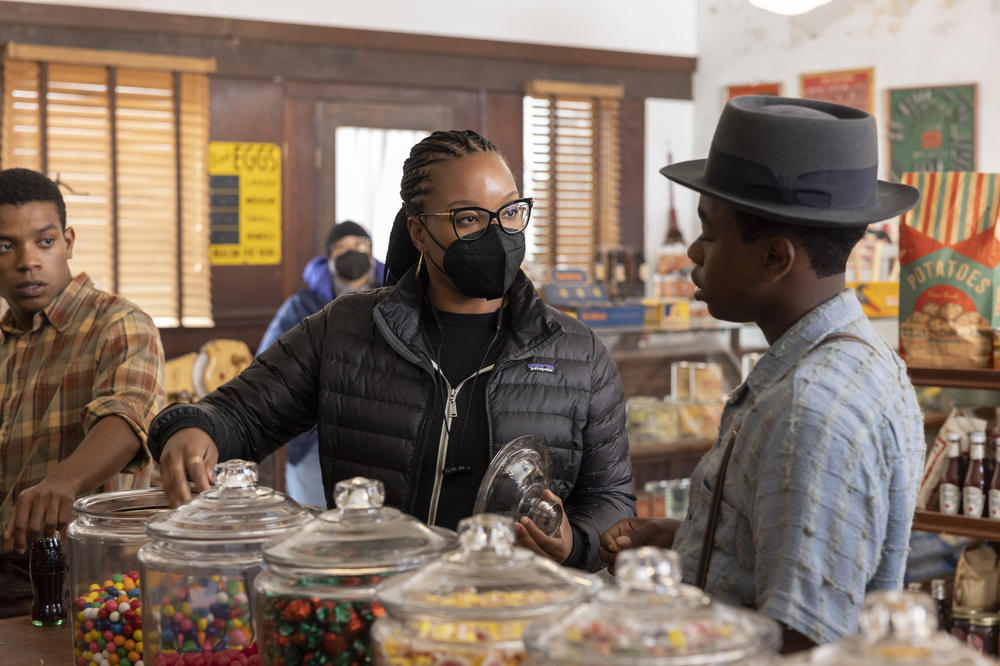 Director Chinonye Chukwu speaks to actor Jalyn Hall, who plays Emmett, on the set of Till. / Orion Pictures

On exploring Mamie Till-Mobey's private self and public self

One of the big things that I learned that Danielle Deadwyler, the actress who plays Mamie, and I talked about a lot, was the complex negotiation she had to make between her public and private self, her presentational self, and who she was in private. She's navigating a lot of different kinds of masks that she's having to put on as a Black woman in the world, a Black woman in America. So, for instance, when she goes to Mississippi for the trial and it's at this predominantly white, hostile space, and she is very much aware of those gazes and her presentational self in that space, versus who she is when she's all by herself, versus who she is when she's with her child, versus when she's with her partner, Gene, family, etc., etc. There are these constant negotiations she's having to make.

There's a scene in the film where Mamie is having a conversation with Huff, who's the legal counsel for the NAACP, and he's vetting her essentially, and based on how he thinks people will come at her, how he thinks the media will come at her. And so wanting to make sure that she's ready to face that and those kinds of racist, sexist negotiations that Mamie's going to have to navigate, the angry Black woman stereotype, the Jezebel stereotype, and this kind of policing of her body language and the way she looks. And all of that is absolutely what I and so many Black women in the world are constantly navigating in our lives to this day. And so I really, really empathized with Mamie in that way.

On how the film shows the trial of the men accused of Till's murder, but omits the not-guilty verdict

I really wanted to keep the narrative through Mamie's point of view, her perspective as much as possible. And so she left before the verdict was announced because she already knew what the verdict was going to be. And also, the ending of the film is not about the verdict. One of the things that Dr. T.R.M. Howard — who is, in my opinion, an unsung civil rights hero — asked Mamie during the trial when she visits Mississippi, is, "What is the work you're going to do regardless of the verdict?" Because there's still work to be done and we cannot put all our hopes on justice, progress and change on a verdict that's decided by within a system that's set up against you. And so I was thinking about that when thinking about, how do I want the arc of this film to be? And it cannot end at the verdict. It's about so much more. And Mamie comes to that realization in her own kind of arc in the film, and that propels her to leave and go on to being an activist in the world, because there's so much work to be done.

Lauren Krenzel and Susan Nyakundi produced and edited this interview for broadcast. Bridget Bentz, Molly Seavy-Nesper and Beth Novey adapted it for the web. 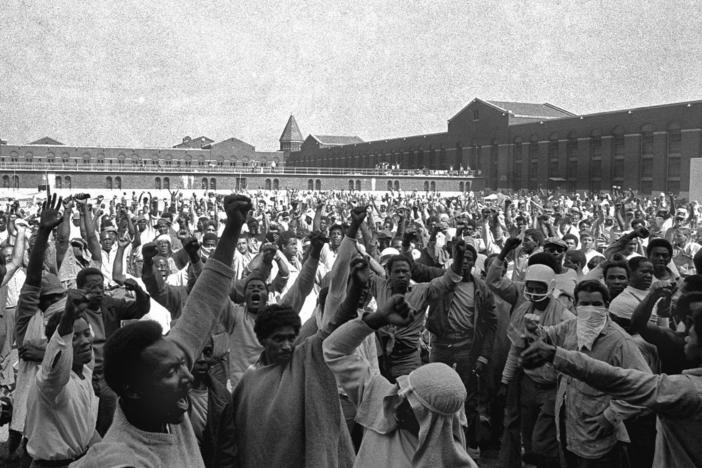 A new documentary goes behind the walls of the deadly 1971 uprising. Attica filmmaker Stanley Nelson and former prisoner Arthur Harrison reflect on the five-day revolt, and its lasting legacy. 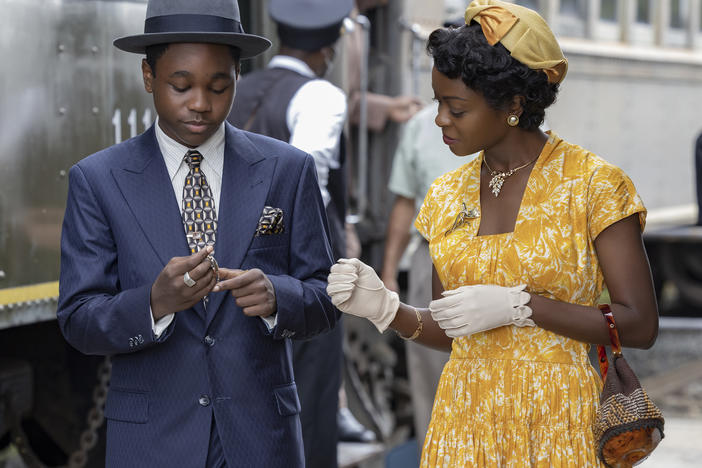 Emmett Till is known for his death. A new film about his mother also honors his life

In 1955, a 14-year-old Black boy was lynched in Mississippi. Till tells the story of Mamie Till-Mobley, whose insistence on an open-casket funeral helped ignite the civil rights movement. 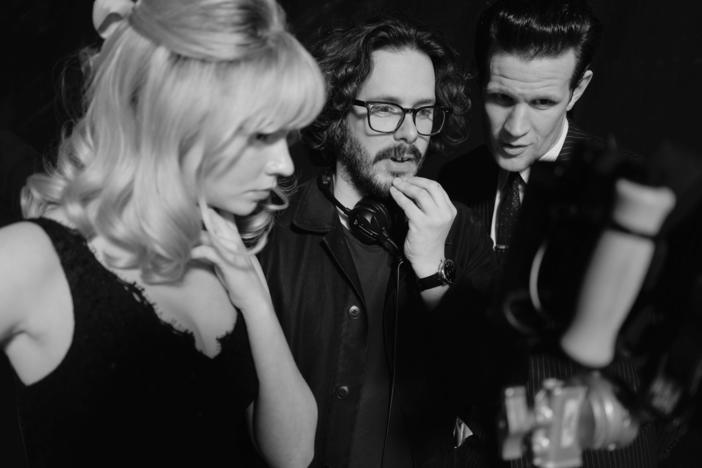 Wright's new movie centers on a young woman who is transported in her dreams into the swinging '60s of London: "The film is sort of about having nostalgia for a decade that you never lived in."