Playing Pirate: Looking back on the 'Monkey Island' series after its 'Return' 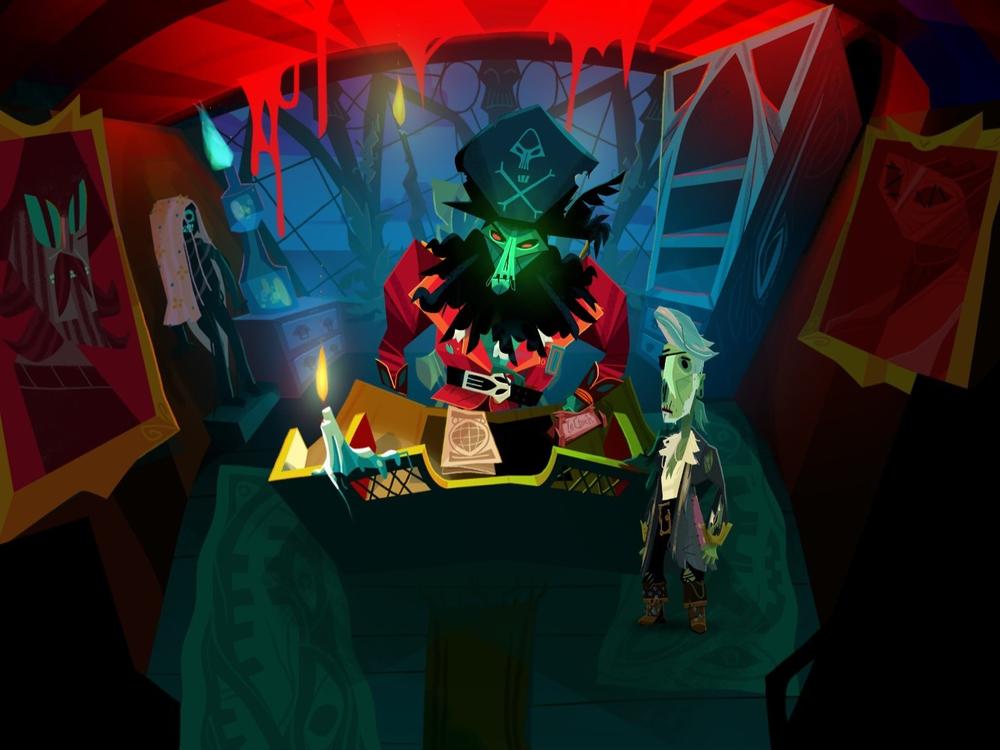 The intrepid Guybrush Threepwood (right), disguised as a zombie, beside his nemesis, LeChuck in 2022's 'Return to Monkey Island.' / Lucasfilm Games

I have no affinity for pirates. I'm prone to seasickness and haven't been on navigable waters in years. But one swashbuckler haunts me: Guybrush Threepwood, the bumbling hero of the Monkey Island games. This year's Return to Monkey Island gave me, and legions of fans like me, another chance to put on a pirate costume and relive his story — even if it wasn't everything we expected.

I'm not exactly sure what drew me to the Monkey Island series. I was too young to grasp the witty writing, let alone solve the famously deranged puzzles.

But there's something ingenious about 1997's The Curse of Monkey Island, the third game in the series and the first I encountered. Its animation wowed me, from the ludicrous designs to the van Gogh clouds that flitted over fictional Caribbean islands. It also drew me closer to my older brother, who steered me through Curse and convinced me to play the earlier titles, The Secret of Monkey Island and LeChuck's Revenge. 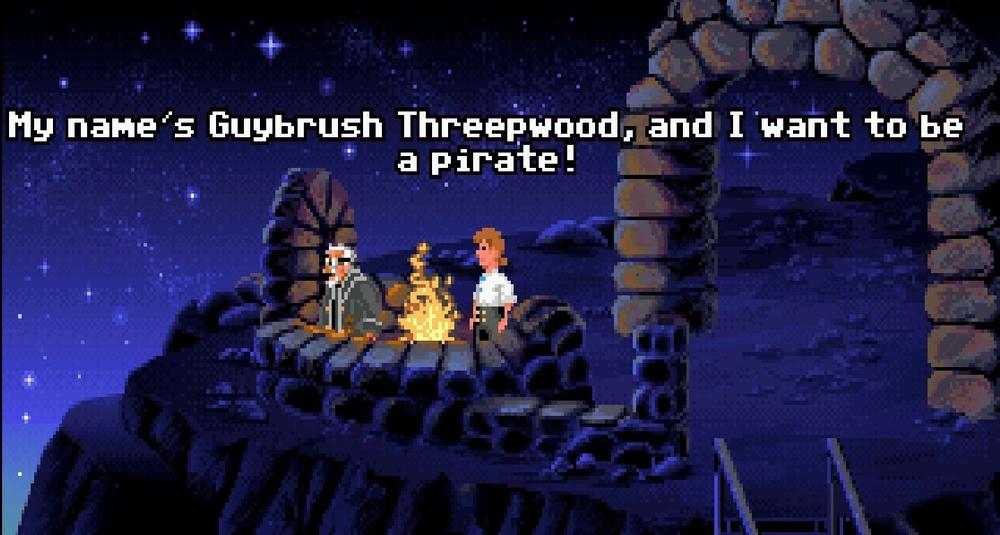 Guybrush Threepwood's iconic opening line in 1990's 'The Secret of Monkey Island,' the first game in the series. / Lucasfilm Games

Original designers at the helm

So, when news that the original creators, Dave Grossman and Ron Gilbert, had teamed up to make Return to Monkey Island, my brother was the first to text me. And we weren't the only enthusiastic nerds to gush over it — YouTube and Reddit also lit up with fan discussion.

"Here's to all the 40-something's trying to explain to their family why this is so very important and exciting," commented Greg Gates Jr. on the YouTube announcement trailer. "A simple instant buy. No other game series reminds me more of my childhood gaming days," adds user Penbotsu.

But the announcement also drew ire simply for how the game looked. After decades refining a trademark style, Return opted for a more abstracted, angular aesthetic.

The backlash got so venomous that co-designer Ron Gilbert even stopped talking publicly about the game for a while. After he came out of hiding, he talked about it on NPR's Here & Now: "Every Monkey Island game has a different art style. Talking to the guy who headed up Monkey Island 3 [Curse of Monkey Island], he was reminding us how much people hated the art from Monkey Island 3 when it came out, which is now beloved." 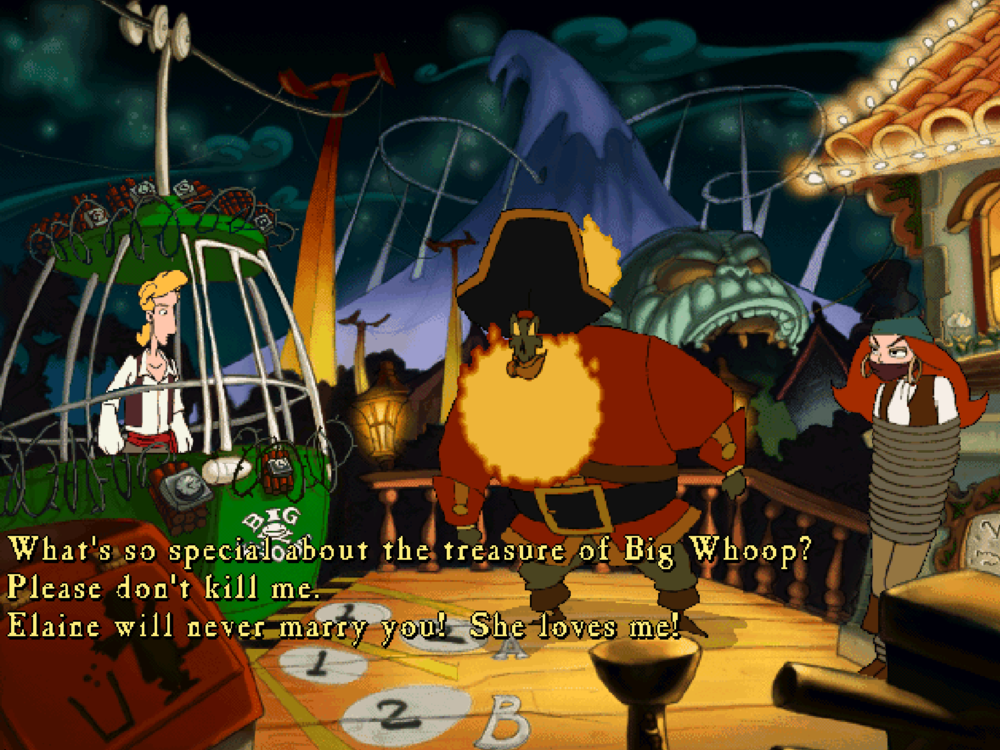 Some fans initially balked at the art style of 1997's 'The Curse of Monkey Island.' / Lucasfilm Games

I also love Curse of Monkey Island and its art, but I remained skeptical of Return to Monkey Island's new direction. Yet when I launched the game and heard the marimbas, courtesy of original composers Michael Land and Peter McConnell, it hit me — hard. As Guybrush's to-do list put it, I couldn't wait to "relive the glory days" and discover, once and for all, the Secret of Monkey Island.

Like its predecessors, Return is a gentle, Monty Python-esque adventure: less cutthroat, more funny-bone. There's no real way to lose the game — instead you progress by combining objects to unlock puzzles.

For example, in Curse of Monkey Island, you have to build a compass by attaching a magnet to a cork with a pin stuck through it. Then you drop the contraption into a filled mug so it points east. It so inspired me as a kid that I tried to replicate the contraption in real life with my mom — it (sort of) worked, though it flooded the countertop as water spilled off the mug's edge.

You wouldn't be a Monkey Island pirate with some thievery, disguises, and skullduggery too (thankfully, I didn't try any crimes out in the real world!). Like a surreal Halloween parade, Guybrush dons numerous costumes throughout the games. In Return to Monkey Island, he even impersonates a zombie to board the ship of "Ghost Demon Zombie Pirate" LeChuck.

Reflecting on the past

Yet as much as Return to Monkey Island plays like its forebears, it departs with a novel storytelling approach. It's framed as a tale told by an older Guybrush to his son, not unlike how a grandfather reads to his grandson in The Princess Bride.

The game also brought me back to memories of my younger days, when my brother and neighbor crowded around the computer to help me with puzzles way beyond a six-year-old's skill. Only this time, I had another ally. My partner helped me beat the game: she solved puzzles with little difficulty, and chuckled along with me at all the in-jokes, despite being blissfully unaware of the series until a year ago. 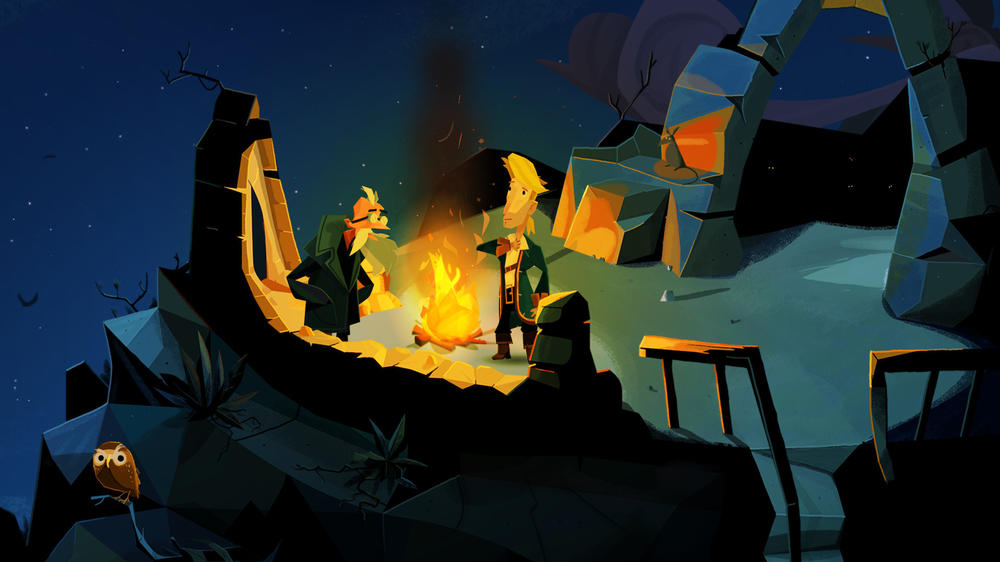 After eight hours of island hopping and absurd quests Return to Monkey Island finally gave us the Secret we sought (avast — spoilers ahead!). Guybrush pursues his nemesis LeChuck through a volcano, only to find himself in a theme park version of Mêlée Island, where he began his journey. Even LeChuck, his enemy since 1990, appears as a harmless animatronic.

Guybrush walks to a gaudy chest, finally equipped with the key to reveal the fabled Secret it contains. He opens it to discover a shirt inside that reads "I Found The Secret of Monkey Island and All It Was Was This Stupid T-Shirt," Guybrush reads each word out loud with increasing disappointment.

Not even Guybrush's kid can believe it, but he insists that's how it happened. His son leaves, looking for fun and excitement elsewhere, while Guybrush sits alone on a bench, staring directly at the player. After a few seconds of quiet contemplation, the game cuts to credits. 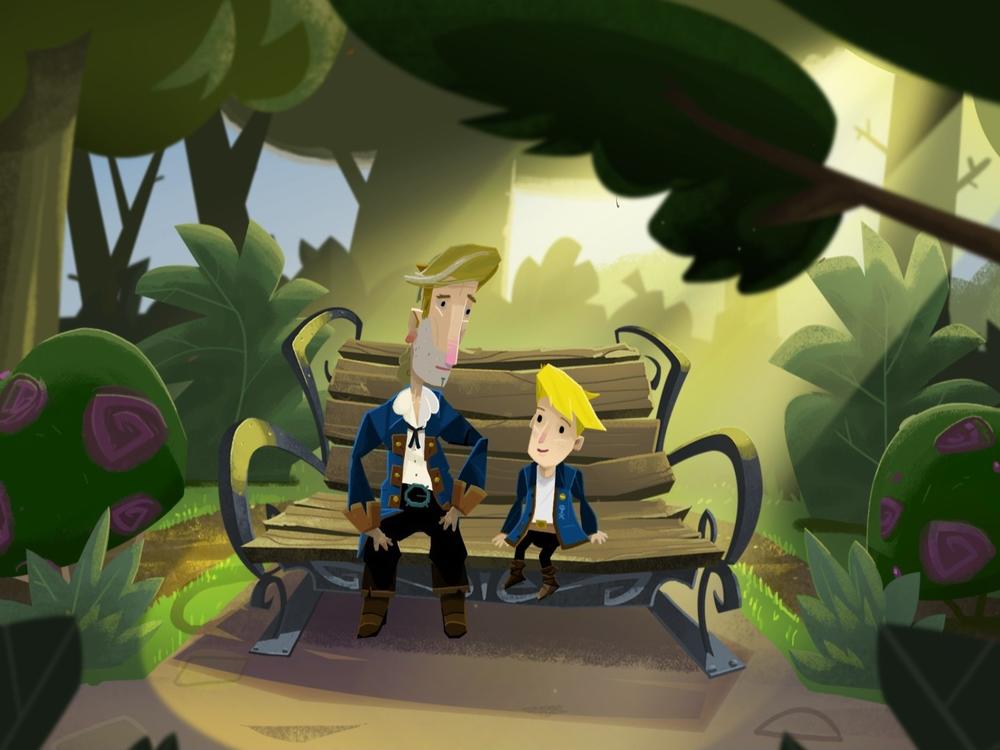 Guybrush and his son. / Lucasfilm Games

That anticlimax angered some fans and critics — but it gave me goosebumps. I understood Guybrush's Melvillian obsession with the Secret as never being the real point. It's really about the journey, and sharing the joy of it with others. As a parent might tell tall tales to a rambunctious child, or as brothers might bond over a game.

Revamps can be like sirens luring you out to sea. They're rarely as good as you think they'll be, and they often lead to disaster. But Return to Monkey Island faces this nostalgic allure head on. It took me back to the late '90s. I had found my crew and was ready to set sail. All I had to do was insert disk two.

Grant Albert is a freelance writer born, raised, and proudly based in Miami, Florida. Find him on Twitter: @GrantAlbert6 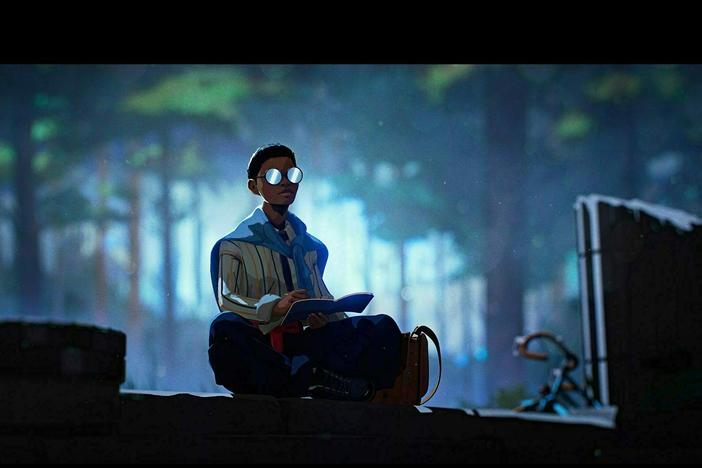 In 'Season: A letter to the future,' scrapbooking is your doomsday prep

Scrapbook and bike your way through a beautiful world in the face of a foretold cataclysm. 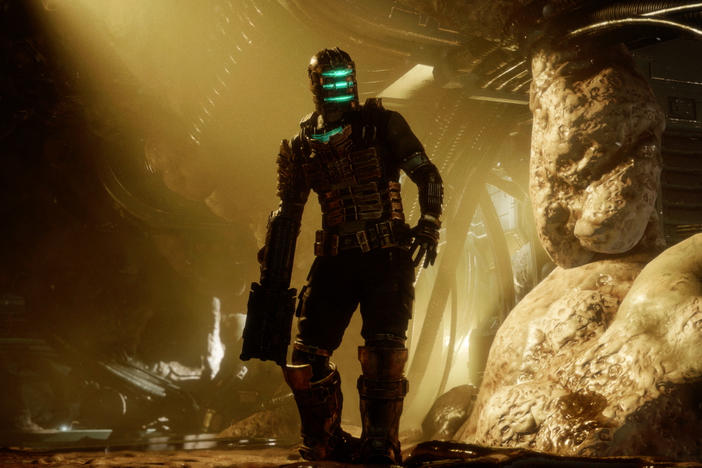 'Dead Space' Review: A new voice for a recurring nightmare

NPR's most anticipated video games of 2023

Even with the game delays we've gotten used to, 2023 is shaping up to be a banner year.