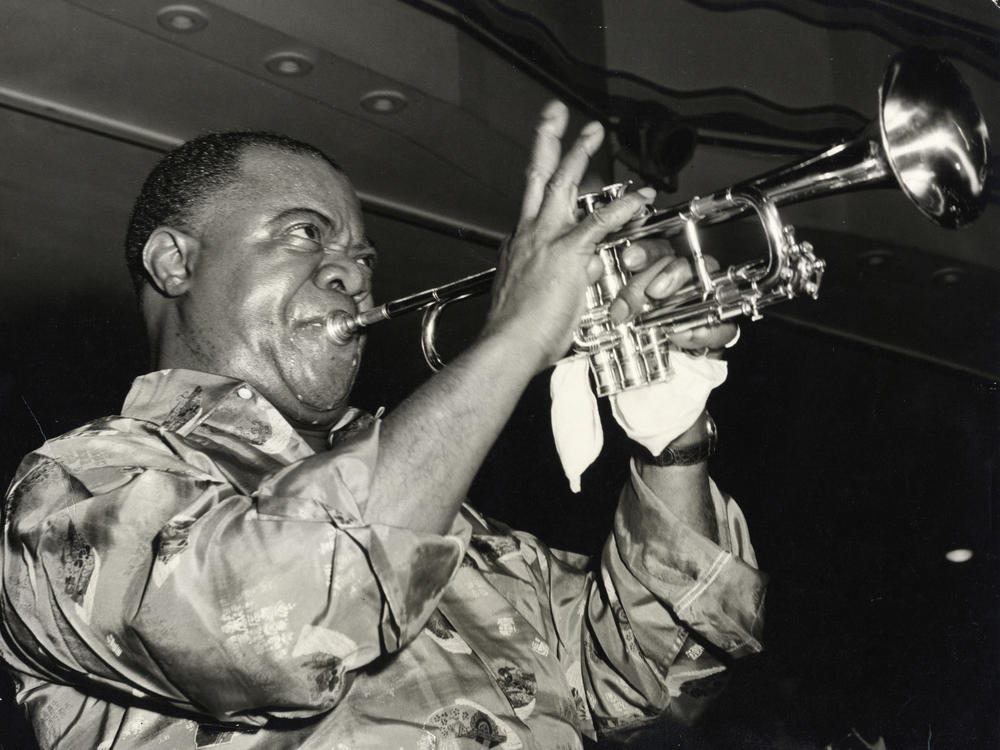 Louis Armstrong was a titan who never forgot his humble upbringings, and also a public figure who carefully assessed his own weight in the world. / Courtesy of Apple TV+

Louis Armstrong made his first transatlantic voyage in July of 1932, sailing from New York City to Plymouth, England, aboard the ocean liner RMS Majestic. This was a triumphant visit for Armstrong, whose bravura feats as a trumpeter and rugged ebullience as a singer had already made him a sensation on both sides of the pond. But while the British tour is one of many pivotal events in Louis Armstrong's Black & Blues, a revelatory new documentary out Friday on Apple TV+, its inclusion is most striking for the glimpse we get behind the curtain, where Satchmo allows his famous grin to constrict into a scowl.

His manager at the time was a potbellied white gangster named Johnny Collins, who wasted little on social niceties. The exploitative tilt of their working relationship was never a matter of public record — but the film, drawing extensively from Armstrong's private recordings, shares audio of Armstrong recalling a furious confrontation on the ship, with language that's jarring to hear in his iconic gravel-drawl. "I said, 'Listen, c*********. You might be my manager, and you might be the biggest s***, and book me in the biggest places in the world,' " he says. " 'But when I get out on that f***** stage with that horn and get in trouble, you can't save me.' " When Collins retorts by invoking the N-word, Armstrong fights the urge to break a wine bottle over his head, in order to kill him. "But the first thing I thought," he says, "[was] all them Black c********** in Harlem who'd say: I knew he would blow his top someday."

There's so much straining beneath the surface of this moment: the stark indignity and mortal risk faced by even the elite African American entertainers of the day; the fraught prospect of a white protector, with all the attendant imbalances of power; the notion of a mask, and what it means to vent freely without one; the sporting interest of a community, or at least a constituency, taking their bets as the pressure builds.

Louis Armstrong's Black & Blues is brilliantly steeped in these considerations — tracing them from the artist's rough childhood in New Orleans to his pop culture transcendence to his life as a neighborhood fixture in Corona, Queens, where his modest brick home is now the Louis Armstrong House Museum, which maintains a trove of scrapbooks, home recordings and other archival treasures that made this film possible. (Ricky Riccardi, Director of Research Collections at the museum, is credited as a consulting producer.)

Sacha Jenkins, the film's director, hails from Queens himself. So does the narrator he enlists to portray Armstrong in voiceover, the rapper Nas. Hip-hop is the cultural frame through which Jenkins approached this project — he's the CCO of Mass Appeal and has made previous documentaries about Rick James and the Wu-Tang Clan — and that influence can be felt in the film's stylish visual flow as well as the frankness of its racial disquisition. Louis Armstrong's Black & Blues isn't the film to unpack what made Armstrong such an incandescent jazz pioneer, though it allows a few noted experts, like Wynton Marsalis, to rhapsodize about his music. What the documentary does instead, with focus and flair, is explore Armstrong's multifaceted experience as a Black American musician who came of age right along with the 20th century, enduring the worst and somehow embodying the best.

The academic field of jazz studies has long apprehended Armstrong as a richly layered subject, possessed of more agency and ambiguity than his popular reputation would suggest. More than any other film that addresses his legacy, this one manages a similar depth of field. "Pops, he faced a lot of challenges, and he always faced them with style and maintained his sanity and his joy and his embrace of life," attests Marsalis in the film. "And it was not a simpleminded happiness. It was a transcendent joy." So much of the archival material assembled by Jenkins and his team — notably the vibrant footage of Armstrong with his wife Lucille, in the harbor of their home or as far afield as Ghana (on a 1956 tour) — aligns with this characterization. But there's also a strong subtext of critique that the film addresses in earnest, by revisiting a common complaint that Satchmo's style reeked of "Uncle Tom" subservience.

It's a perspective birthed out of the civil rights movement and an ensuing era of Black pride, though the film demonstrates how engaged Armstrong was in the cause — often from a pragmatic position behind the scenes but sometimes in an utterly exposed position along its front lines. We get to witness the dissonance of a time when Armstrong is being sent across the world by the U.S. State Department, even as white supremacy is rearing its head back home. Time and again, we see his guarded composure in the company of white interviewers, set against the exasperation of candid moments among friends or in the solitude of his study.

Hardly any of the film's insightful commentators — old Armstrong associates like guitarist and banjoist Danny Barker, trusted advocates like journalist Dan Morgenstern and photographer Jack Bradley, Black cultural critics as ideologically distinct as Amiri Baraka and Stanley Crouch ­— ever appear on screen. That decision sharpens the focus on the archival photographs and scrapbook collages that Jenkins chooses to feature. It also heightens the power of the footage he does include, whether from concert films, home movies or clips from The Mike Douglas Show, The Danny Kaye Show and the 1980s PBS series With Ossie and Ruby.

In that last scrap of footage, actor Ossie Davis recalls his own youthful ridicule of Armstrong's onstage image — "sweat poppin', eyes buggin', mouth wide open, grinnin' oh my Lord from ear to ear" — and then describes the moment he came around. He'd been cast alongside Armstrong in the 1966 Sammy Davis Jr. vehicle A Man Called Adam, and spotted Pops in an unguarded moment on set, with a lonesome and faraway look on his face. "I never laughed at Louis after that," Ossie Davis says gravely. "For beneath that gravel voice and that shuffle — under all that mouth, with more teeth than a piano had keys — was a horn that could kill a man."

The admission lands with force, because of the way that Jenkins has set the stakes in the film. Armstrong was a titan who never forgot his humble upbringings, and also a public figure who carefully assessed his own weight in the world. He kept a history of slights and injustices in his back pocket, like anybody else. He strove toward a universal message with his music, while preserving the particularities that shaped his language. Louis Armstrong's Black & Blues isn't the only valuable resource for those looking to understand him and it certainly won't be the last. But it's a gripping and essential addition to the historical record, precisely because it creates a space for Armstrong that can only ever be as complex and unresolved as America itself. 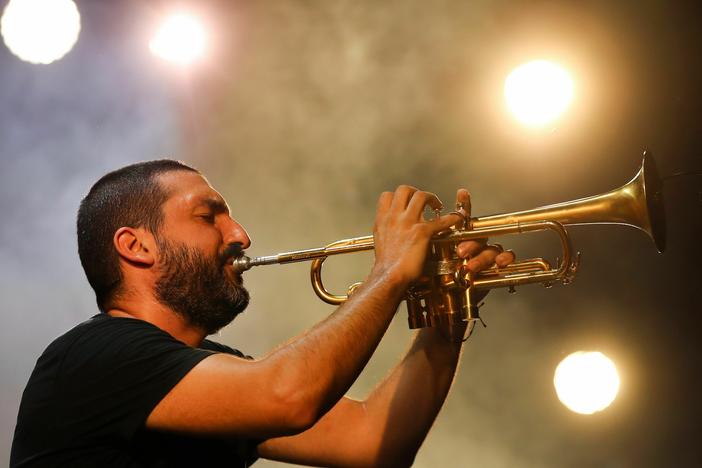 Common ground is the main theme of Maalouf's new album, which features a wide array of vocalists from across the pop music spectrum. Maalouf also recently revived an international trumpet competition. 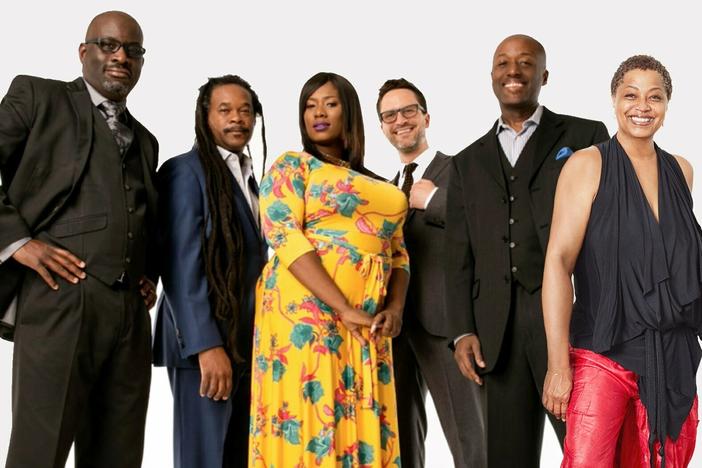 Celebrate New Year's with Toast of the Nation 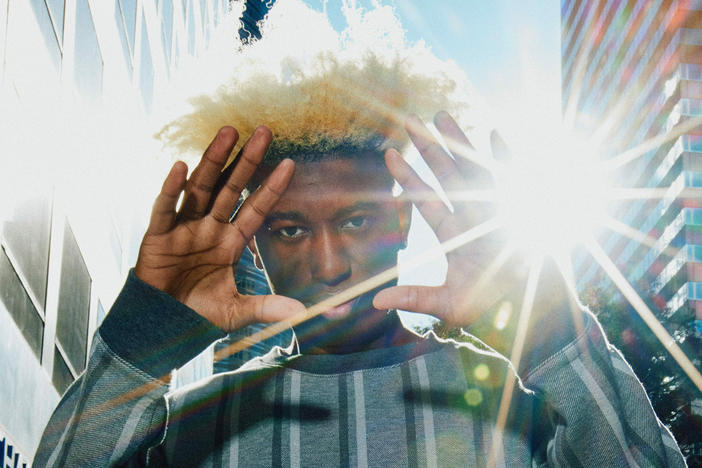 Julius Rodriguez, a young pianist fusing (all) the music from inside-out