The fastest ever laundry-folding robot is here. And it's likely still slower than you 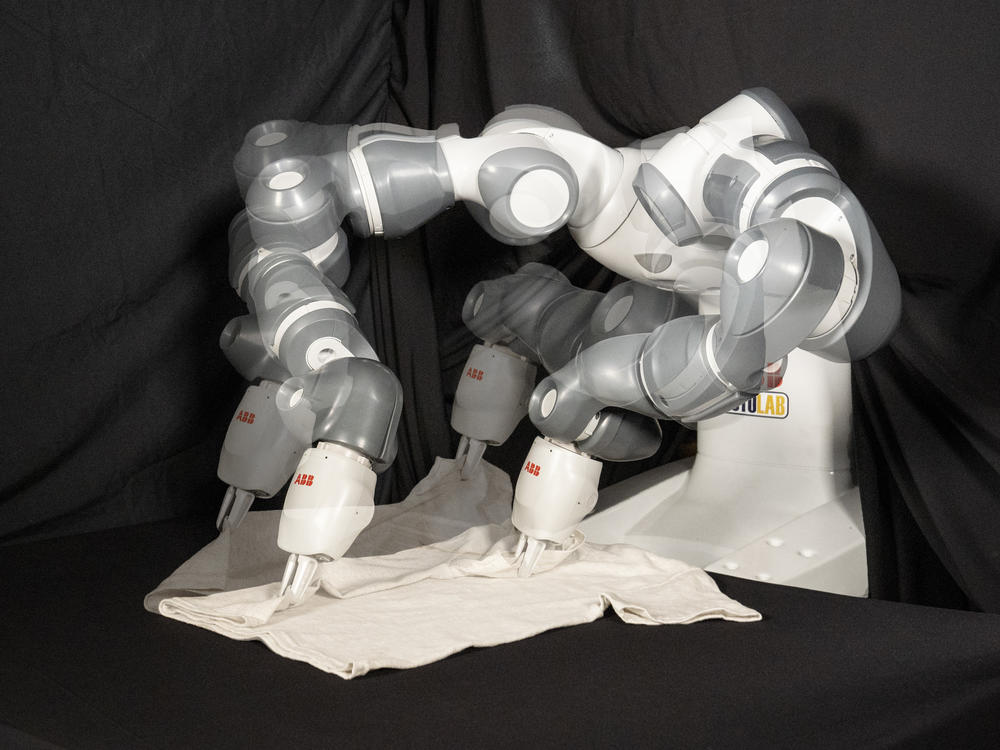 Most robots have not generally been equipped for the task of folding clothes. But an international group of researchers say their new method could change that — or at least speed up the process. Their robot is seen here in multiple exposures. / UC Berkeley

We've all faced it at one time or another: the looming pile of clean, crumpled laundry waiting hours (or days, hypothetically) to be put away.

There are plenty of machines that can wash and dry clothes. So why isn't there a way to similarly automate the dreaded folding process?

Researchers have looked into it over the years — and, as it turns out, robots just aren't good at folding laundry.

As NPR has reported, machines need clear rules in order to function, and it's hard for them to figure out what exactly is going on in those messy piles ("say, where the underwear stops and where the towel begins").

That's not to say that it's completely impossible. University of California, Berkeley professor Pieter Abbeel spent years teaching a robot how to fold a towel, eventually cutting that process down from 20 minutes to a whopping minute and a half.

And Silicon Valley-based company FoldiMate raised hopes and eyebrows when it showed off a prototype of its eponymous laundry-folding robot at the Consumer Electronics Show in early 2019. It said the machine could fold some 25 pieces of laundry — except for small items like socks and large items like sheets — in under five minutes, with an estimated price tag of $980.

It's unclear what happened to that company — its website is down and it hasn't tweeted since April 2020. Its sole competitor, a Japanese company with an AI-powered prototype, filed for bankruptcy.

In sum, most robots have not generally been equipped for the task. But an international group of researchers say their new method could change that — or at least speed up the process.

Two robotic arms are better than one

Researchers are calling the new method, SpeedFolding. It's a "reliable and efficient bimanual system" — meaning it involves two hands — that's able to smooth and fold a crumpled garment in record speed (for robots, that is).

SpeedFolding can fold 30 to 40 strewn-about garments per hour, compared to previous models that averaged three to six garments in that same time span, according to researchers. They say their robot can fold items in under two minutes, with a success rate of 93%.

"Real-world experiments show that the system is able to generalize to unseen garments of different color, shape, and stiffness," they add.

Only you know how long it takes to put your clean clothes away. But for comparison's sake, one dry cleaning company estimates it takes about 20 minutes to fold an average load of laundry.

The team of Yahav Avigal and Ken Goldberg of UC Berkeley and Lars Berscheid, Tamim Asfour and Torsten Kröger of Germany's Karlsruhe Institute of Technology, will be presenting their paper at a robotics conference in Kyoto this month.

They've also published their work — including videos and data sets — online. One minute-long video posted to YouTube shows the robot using the two pincers at the end of its arms to fold a T-shirt and a towel, a process that involves scanning the object, lifting up the object and putting it back down, flattening it out and making several precise folds.

Previous attempts at getting robots to fold these items mainly focused on single-arm manipulation or complex iterative algorithms that require a large number of interactions and therefore take longer to complete, the paper explains.

SpeedFolding takes a different approach. First, a novel neural network called BiManual Manipulation Network studied 4,300 human and machine-assisted actions in order to learn how to smooth and fold garments from a random configuration. That process can involve a number of defined movements including flinging, dragging, moving and "pick-and-place."

"Basically, the system needs to examine the initial state of the garment (using an overhead camera) and calculate where to grab it with its two arms to get the garment to the next desired step in the folding process," tech website Ars Technica explains.

Avigal, one of the robotics researchers, lays out the process in this Twitter thread:

It's still a long way from your laundry room

While researchers describe SpeedFolding as a significant improvement, it's not likely to hit the market anytime soon.

For one, Ars Technica tracked down a robot similar to the one they used and found that it retails for $58,000.

Plus researchers say there's more they want to explore, including "methods that can learn to manipulate a novel garment given a few demonstrations."

The paper does hint at potential future applications, noting for instance that garment folding has many uses in hospitals, homes and warehouses.

"Garment handling such as folding and packing are common tasks in textile manufacturing and logistics, industrial and household laundry, healthcare, and hospitality, where speed and efficiency are key factors," the researchers say.

That work is done mostly by humans for now, thanks to what researchers describe as "the complex configuration space as well as the highly non-linear dynamics of deformable objects."

But there's always hope that the future of folding will get even neater.

An earlier version of this story incorrectly said that Tamim Asfour and Torsten Kröger were affiliated with UC Berkeley. In fact, they are with Germany's Karlsruhe Institute of Technology. 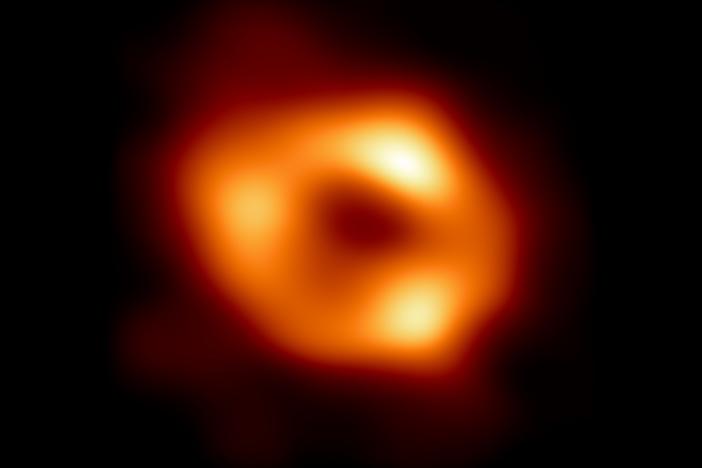 "We finally have the first look at our Milky Way black hole, Sagittarius A*," an international team of astrophysicists and researchers from the Event Horizon Telescope team said. 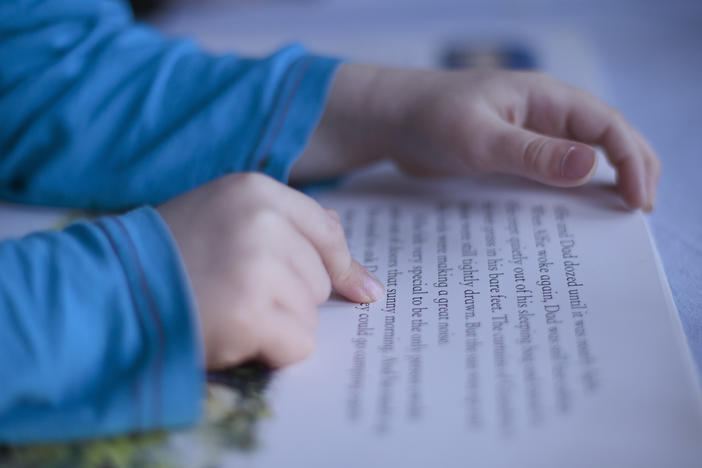 Reading Recovery is one of the world's most widely used reading intervention programs for young children. A new study questions its long-term impact. 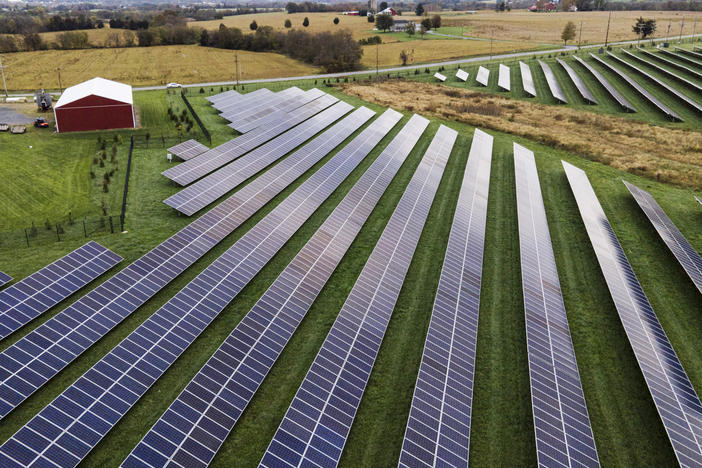 While standard solar panels can provide electricity during the day, this device can be a "continuous renewable power source" during the day and at night.