The U.K.'s Liz Truss hangs on by a thread, as party members call for her ouster 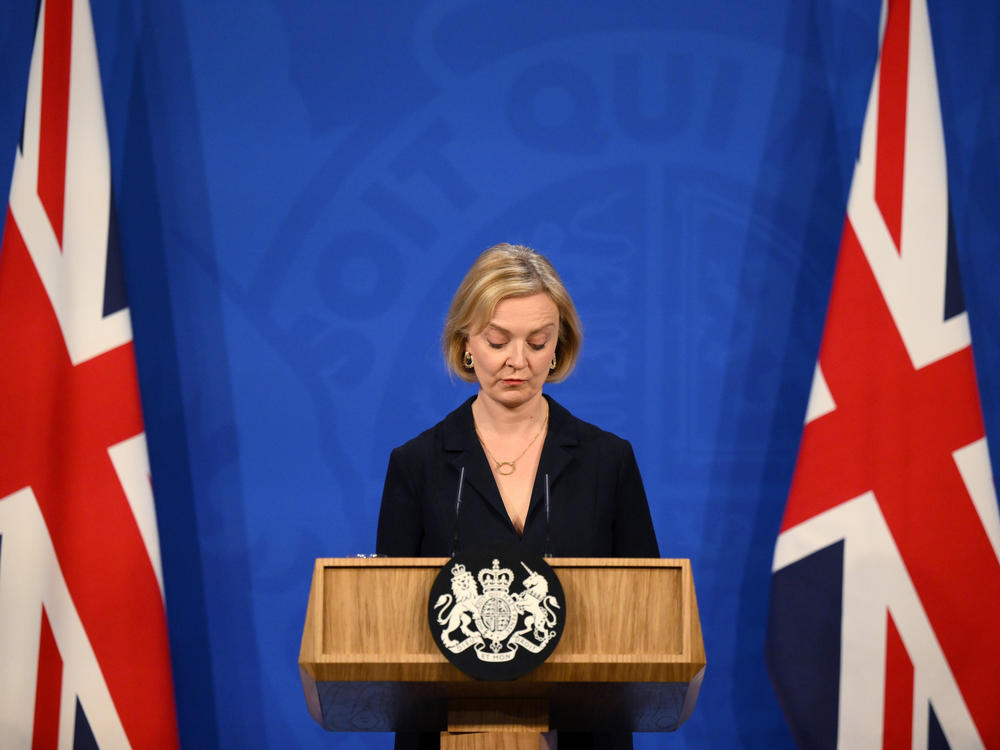 Britain's Prime Minister Liz Truss attends a news conference in the Downing Street Briefing Room in central London, Oct. 14. Truss has only been in office for six weeks but has already drawn calls for her removal. / AP

LONDON — After a bruising first six weeks in office, Britain's still very new Prime Minister Liz Truss is having to bat away repeated questions about her future at No. 10 Downing Street.

After serving as a Cabinet minister for more than a decade under three predecessors, Truss took office Sept. 6 at the end of a long leadership campaign to replace Boris Johnson, who had resigned amid a swirl of scandals centered on poor judgment.

But the vast majority of the economic vision that won her support from tens of thousands of grassroots Conservative Party members now lies in tatters.

She replaced the finance chief with a leadership rival

She fired her first finance minister, Kwasi Kwarteng, last Friday. Since then, she has had to watch his replacement, Jeremy Hunt — a former leadership rival she appointed to the second most powerful post in government — publicly tear down a series of proposals that she had insisted were critical to Britain's long-term economic growth prospects. They included cuts to the United Kingdom's basic rate of tax, after she had already reversed course on tax cuts for Britain's wealthiest. A planned drop in corporate taxes was junked too, along with plans to keep alcohol prices low and incentivize overseas shoppers to spend money tax-free in Britain.

Perhaps the most politically painful change of direction concerns an energy price cap that Truss promised last month to keep in place for the next two years. It was designed to protect British households from the high costs of gas and electricity required to heat and power their homes, and Truss as recently as last week taunted her political opponents for suggesting that two years was too long of a guarantee. If gas prices rose again precipitously, as they did earlier this year after Russia's invasion of Ukraine, the British government would be on the hook for what might be billions of pounds in unforeseen price hikes.

Hunt said this was inadvisable, and reduced the plan's lifespan to just six months. That means by next spring, Britons may be once more at the mercy of global energy markets, at a time when inflation is expected to still be very high, and interest rates set by the Bank of England will mean mortgage costs for many have soared.

Conservatives have fallen far behind Labour in polls

That damaging long-term outlook is what has many of Truss' fellow Conservatives concerned. The party's poll numbers have fallen through the floor, with around two years before the next election. Late Monday, Truss insisted in a BBC interview that she will lead her party into that election.

But already five Conservative legislators have publicly called for her to resign, with many more criticizing and questioning her position anonymously in British media outlets. British front pages in recent days have appeared united in the narrative that she cannot remain in the role for long.

"People don't respect her, they don't trust her, and the government is now effectively being run by a chancellor who is going against the very thing the prime minister stood on," Rainbow Murray, a politics professor at Queen Mary University of London, said on NPR's Morning Edition. Murray was referring to the formal name for the finance chief — the chancellor of the Exchequer, which is the U.K.'s Treasury.

Truss has apologized for recent mistakes, she told the BBC, but insists she has now fixed them and remains wedded to her vision for the country's economic growth. Chancellor Hunt will unveil a long-term tax and spending plan at the end of this month.

She has also sought to dodge questions from her chief political antagonists, the opposition Labour Party, which currently leads the Conservatives by 28 percentage points in voter intention, according to the latest poll from YouGov.

Criticism and jokes about Truss abound

Her failure to show up at the House of Commons on Monday to answer an urgent question about firing Kwarteng drew sharp ridicule.

"Instead of leadership we have this utter vacuum," Labour leader Keir Starmer said in Parliament.

Another Labour legislator accused her of having hidden "under her desk" to avoid parliamentary scrutiny.

It will be harder to avoid Wednesday, at the weekly ritual known as Prime Minister's Questions, when Truss will be forced to explain her actions and reactions to political friends and foes alike. 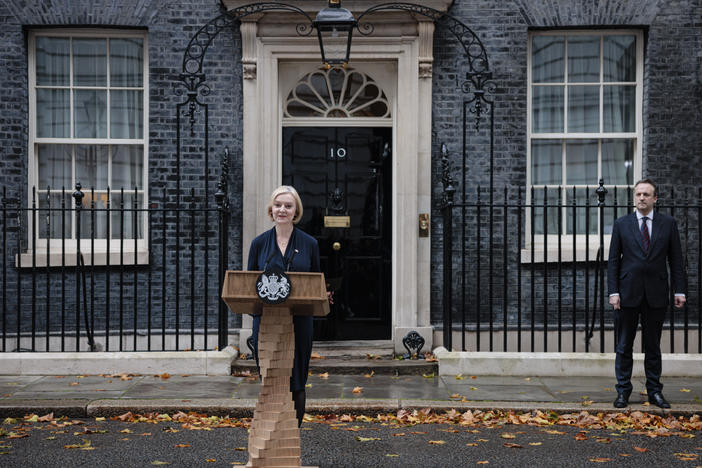 The U.K. will have 5 prime ministers in just 6 years. What's gone wrong?

With yet another prime minister's resignation, the British government's 10 Downing Street looks like a revolving door. Analysts blame polarization, populism, a flawed system and poor leadership. 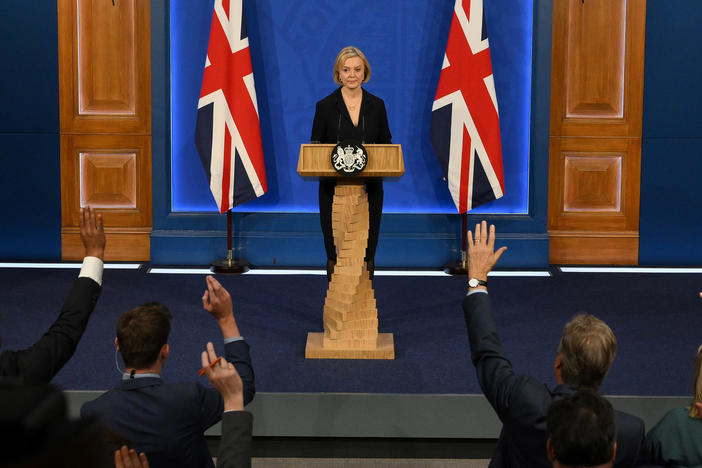 In a move to calm financial markets and her own Conservative Party, Prime Minister Liz Truss canceled planned tax cuts for corporations and replaced Kwasi Kwarteng as treasury head with Jeremy Hunt. 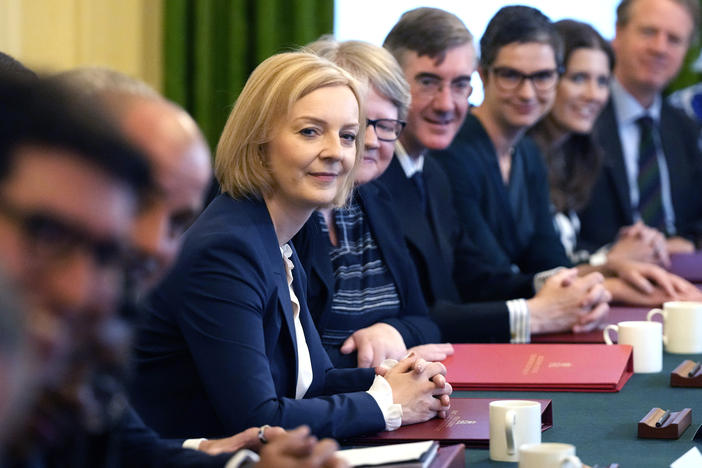 The U.K. now has its most diverse Cabinet in history thanks to new PM Liz Truss

For the first time in British history, none of the four most senior Cabinet posts — prime minister, chancellor of the exchequer, foreign secretary and home secretary — are taken up by a white male.