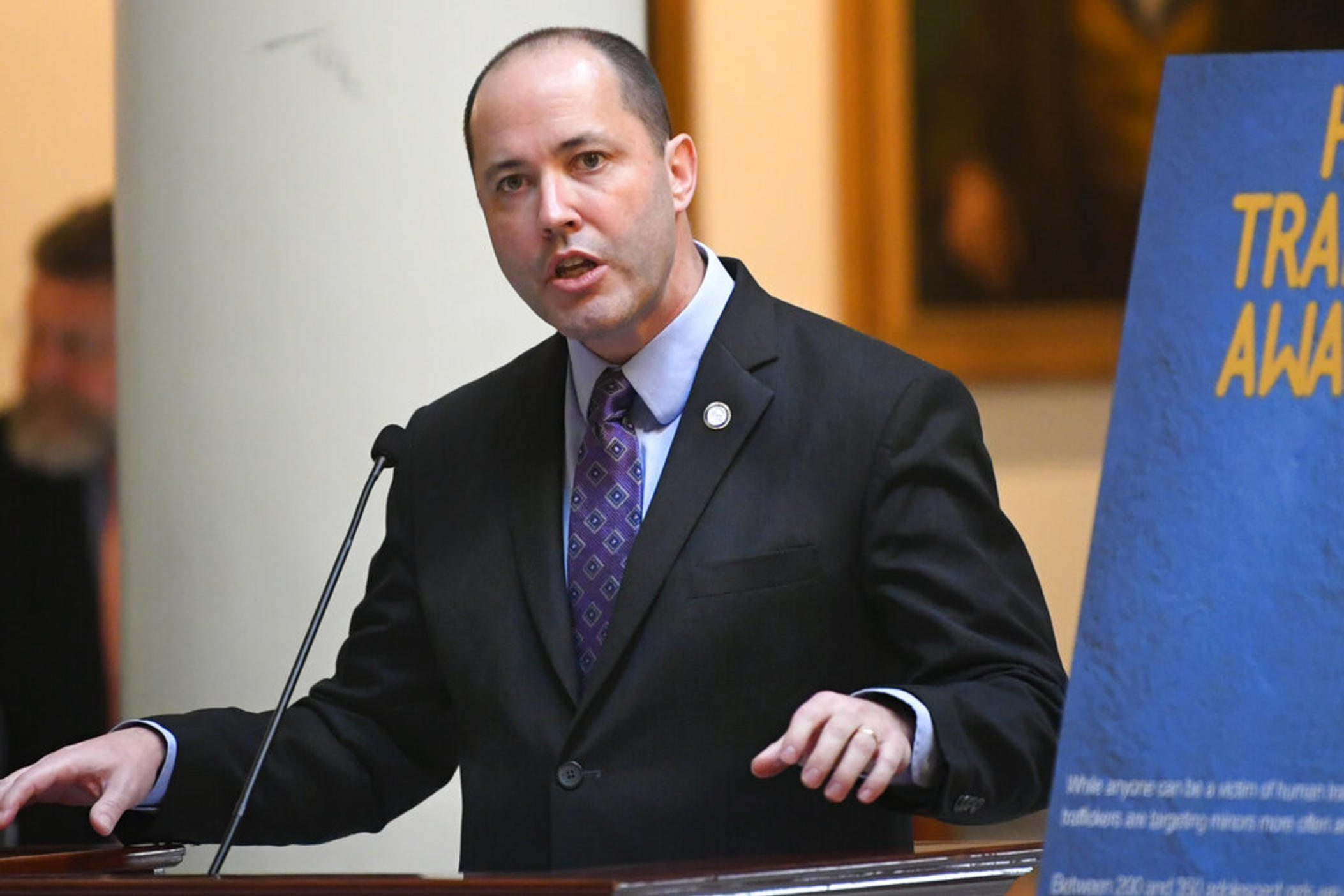 Caption
In this Jan. 13, 2020 file photo, Georgia Attorney General Chris Carr speaks at the state capitol in Atlanta. Democratic state Sen. Jen Jordan is leading with her advocacy of abortion rights as she challenges Carr. The two candidates also disagree over who would best protect Georgians from crime and what’s the best approach to protect consumers and encourage businesses.
Credit: AP Photo/John Amis, File

The Democratic state senator trying to unseat Georgia’s incumbent attorney general says abortion isn’t the only issue in the race, but she’s leading with her advocacy of abortion rights in her challenge to the Republican seeking a second full term as the state’s chief lawyer.

State Sen. Jen Jordan and Georgia Attorney General Chris Carr also disagree over who would best protect Georgians from crime, how independent the attorney general should be and what's the best approach to protect consumers and encourage businesses.

Jordan, a Sandy Springs lawyer, said she would support those challenging Georgia's six-week abortion ban on state constitutional grounds, a case set for a late October trial in Fulton County.

Carr, though, lumps Jordan's claim that there is a role for the attorney general to challenge state laws alongside some district attorneys who refuse to enforce certain laws.

“The job of the attorney general is to enforce the laws of the state of Georgia — period," Carr said after a campaign speech in August. "If you don’t like the law, you run for the legislature, or in her case you don’t quit the legislature. That’s how we change the laws. But for the attorney general or a district attorney to say, ‘I disagree with the law, so I won’t enforce it,’ is a dereliction of duty.”

Jordan won attention in 2019 for an impassioned speech against the anti-abortion bill that finally took effect this July after the U.S. Supreme Court overturned Roe v. Wade. The law bans most Georgia abortions once a “detectable human heartbeat” is present. Cardiac activity can be detected in an embryo as early as six weeks into pregnancy. 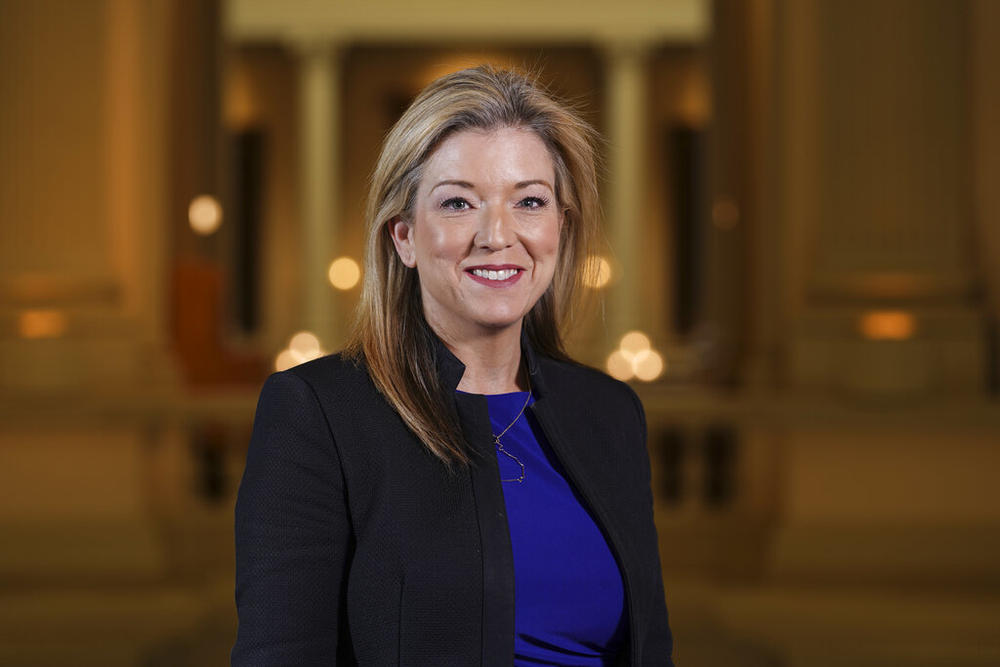 Georgia state Sen. Jen Jordan poses for a portrait at the capitol on Tuesday, Nov. 16, 2021, in Atlanta.

Carr quickly asked the 11th Circuit Court of Appeals to let that measure take effect once Roe was overturned.

He touts his “vigorous defense” of the law on his website, but it's not the centerpiece of his appeals. Instead, Carr leads with his office's newfound powers to prosecute gang members.

“Who are the communities that are most often terrorized by gangs? Lower income, racially diverse and immigrant populations," Carr told an Atlanta audience in August. "I don’t care if you live in southwest Georgia, southwest Atlanta, Buckhead or Blairsville, each and every Georgian deserves to be safe.”

Carr, chief of staff to the late U.S. Sen. Johnny Isakson and then state commissioner of economic development, was appointed attorney general in 2016 by Gov. Nathan Deal. The Dunwoody resident, closely aligned with Gov. Brian Kemp, won his first full term in 2018 over Democrat Charlie Bailey.

Carr has been active in suing President Joe Biden's administration, particularly over vaccine and mask mandates during the pandemic. He joined an earlier lawsuit that unsuccessfully sought to void former President Barack Obama’s health care overhaul.

Jordan said Carr should bear some blame for a 2021 robocall by the political arm of the Republican Attorneys General Association urging Trump supporters to march on the U.S. Capitol on Jan. 6 to “stop the steal.” Carr said neither he nor any other attorney general in the group authorized the call. Carr later resigned as chairman of the association and forthrightly said Biden won the 2020 election, calling Jan. 6 “one of the dark days in American history.” Jordan said that even if Carr didn't know about the call in advance, it's “disqualifying."

“If businesses think that each and every day the attorney general is going to wake up and sue you, we won’t be the No. 1 state in the nation to do business," Carr said.

Jordan, who touts prior suits against payday lenders and insurers found to be unfair to customers, said Carr has a lax approach to consumer protection. She said Carr didn't do enough to protect residents in her Senate district, including parts of Cobb and Fulton counties, from toxic gases emitted by a medical instrument sterilizing plant.

“The people that I’m going to prioritize — it’s the most vulnerable, our seniors, children, people that are targeted, the marginalized in this state. It really is about protecting the least of us, the left behind," Jordan said at an August campaign event. 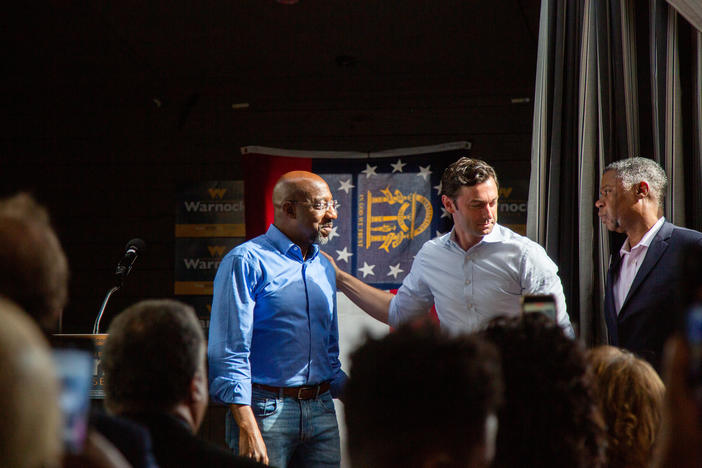