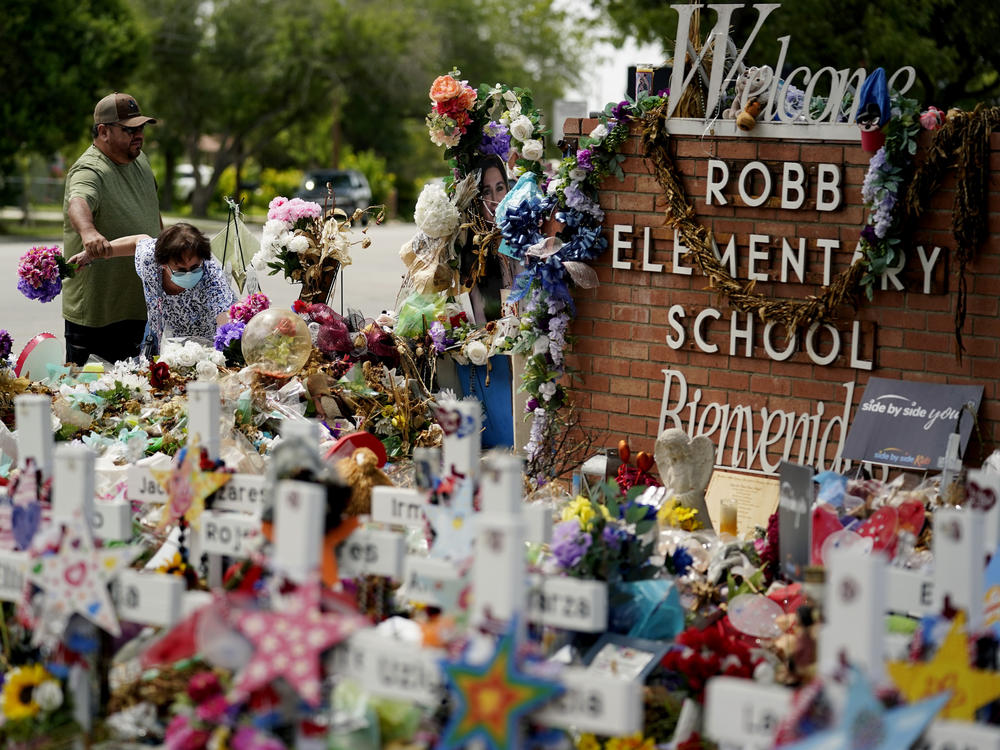 A memorial honoring the school shooting victims at Robb Elementary is seen on July 12 in Uvalde, Texas. / AP

The move by the Uvalde Consolidated Independent School District comes during an investigation by the Texas Police Chiefs Association and JPPI Investigations into law enforcement's delayed response to the Robb Elementary School shooting in May. Nineteen students and two teachers were killed.

"Recent developments have uncovered additional concerns with department operations," the district said, adding that currently employed officers will move to other roles in the district. A report on the investigation is expected later this month.

The Texas Department of Public Safety will provide coverage for campus and extracurricular activities for the time being.

Pete Arredondo — the schools police chief who oversaw the law enforcement response to the May 24 shooting — was fired in August.

Former TDPS trooper Crimson Elizondo, who was part of the delayed response to the shooting at Robb Elementary, was fired from the school district police department after pushback from parents.

Brett Cross, whose 10-year-old son Uziyah Garcia died in the shooting, had been protesting outside the Uvalde school administration building, demanding transparency and accountability — the first step of which he tweeted as being the suspension of involved officers. After 254 hours outside the building, demonstrators went home when UCISD issued the press release.

USICD Superintendent Hal Harrell also signaled in a note to staff that the board will discuss superintendent retirement options on Monday. Harrell said he has worked in education for 31 years, all in Uvalde. There's no set timeline for his departure, according to his message. 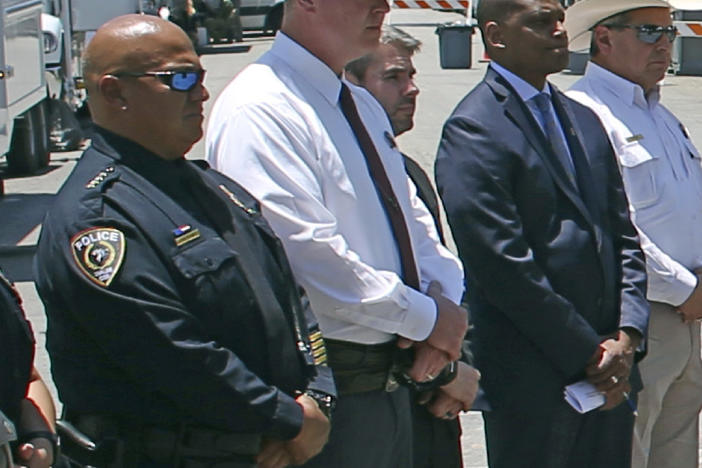 Pete Arredondo stepped down from his position in the City Council just weeks after being sworn in following allegations that he erred in his response to the mass shooting at Robb Elementary School. 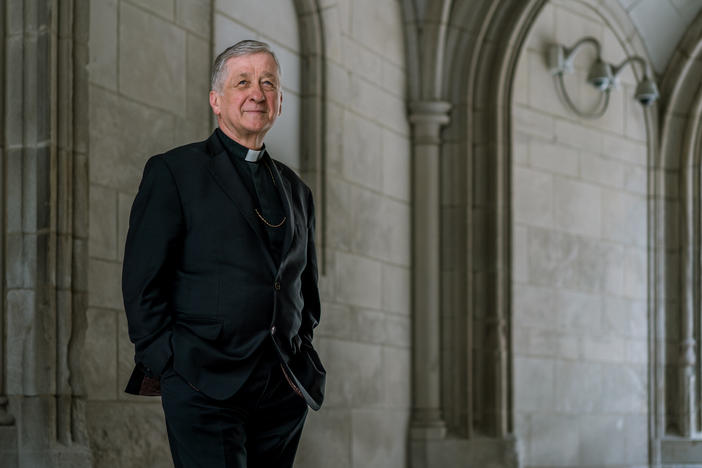 While some cardinals have sidestepped political discussions, Cupich spoke out against gun violence on Twitter hours after the shooting at Robb Elementary School. 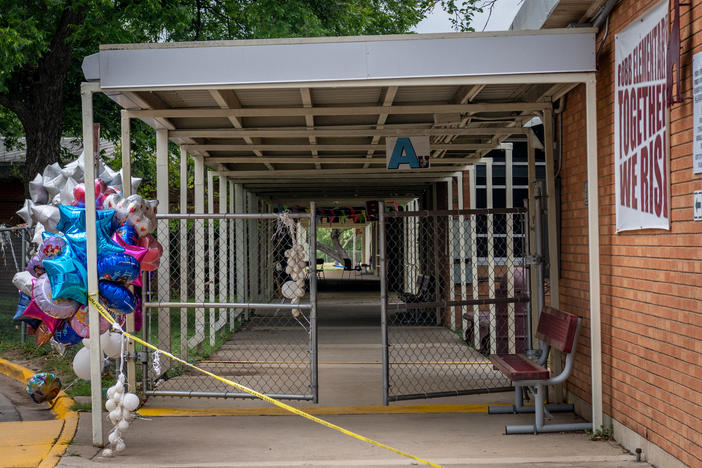 Texas officials had said a teacher propped door open at Robb Elementary just before a gunman entered and carried out a mass shooting — but they now acknowledge that the woman closed the door.