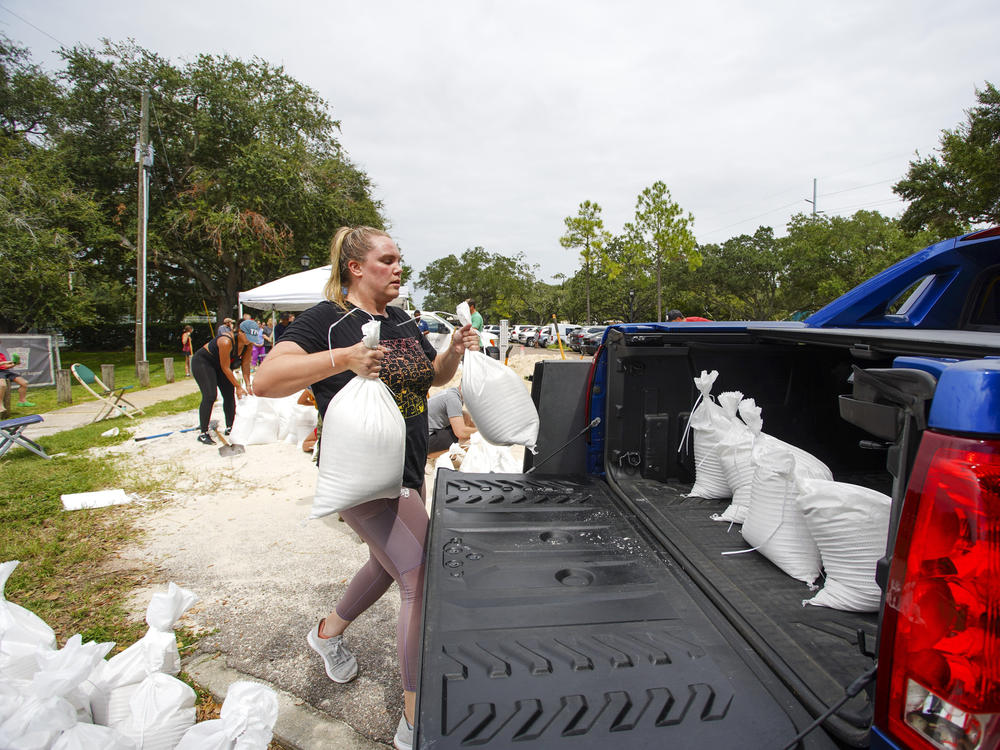 Victoria Colson, 31, of Tampa, Fla., loads sandbags into her truck along with other residents who waited for over 2 hours at Himes Avenue Complex to fill their 10 free sandbags on Sunday. / Tamp Bay Times via AP

HAVANA — Forecasters say Tropical Storm Ian has strengthened into a hurricane as it moves closer to Cuba on a track expected to take it to Florida in the coming days.

Ian was forecast to intensify rapidly and become a major hurricane as soon as late Monday.

Authorities in Cuba suspended classes in Pinar del Rio province and said they will begin evacuations Monday as Ian was forecast to strengthen before reaching the western part of the island on its way to Florida.

A hurricane warning was in effect for Grand Cayman and the Cuban provinces of Isla de Juventud, Pinar del Rio and Artemisa. The U.S. National Hurricane Center said Ian should reach the far-western part of Cuba late Monday or early Tuesday, hitting near the country's most famed tobacco fields. It could become a major hurricane before a likely landfall in Florida around the middle of the week, possibly the state's western coast or Panhandle

Meanwhile, residents in Florida were keeping a cautious eye on Ian as it rumbled ominously through the Caribbean on a path toward the state.

Gov. Ron DeSantis has declared a state of emergency throughout Florida and urged residents to prepare for the storm to lash large swaths of the state with heavy rains, high winds and rising seas.

Forecasters are still unsure of exactly where Ian could make landfall, with current models plotting it toward Florida's west coast or panhandle regions, he said.

"We're going to keep monitoring the track of this storm. But it really is important to stress the degree of uncertainty that still exists," DeSantis said at a news conference Sunday, cautioning that "even if you're not necessarily right in the eye of the path of the storm, there's going to be pretty broad impacts throughout the state."

Flash and urban flooding is possible in the Florida Keys and Florida peninsula through midweek, and then heavy rainfall was possible for north Florida, the Florida panhandle and the southeast United States later this week.

The agency placed a tropical storm watch over the lower Florida Keys on Sunday evening and has advised Floridians to have hurricane plans in place and monitor updates of the storm's evolving path. 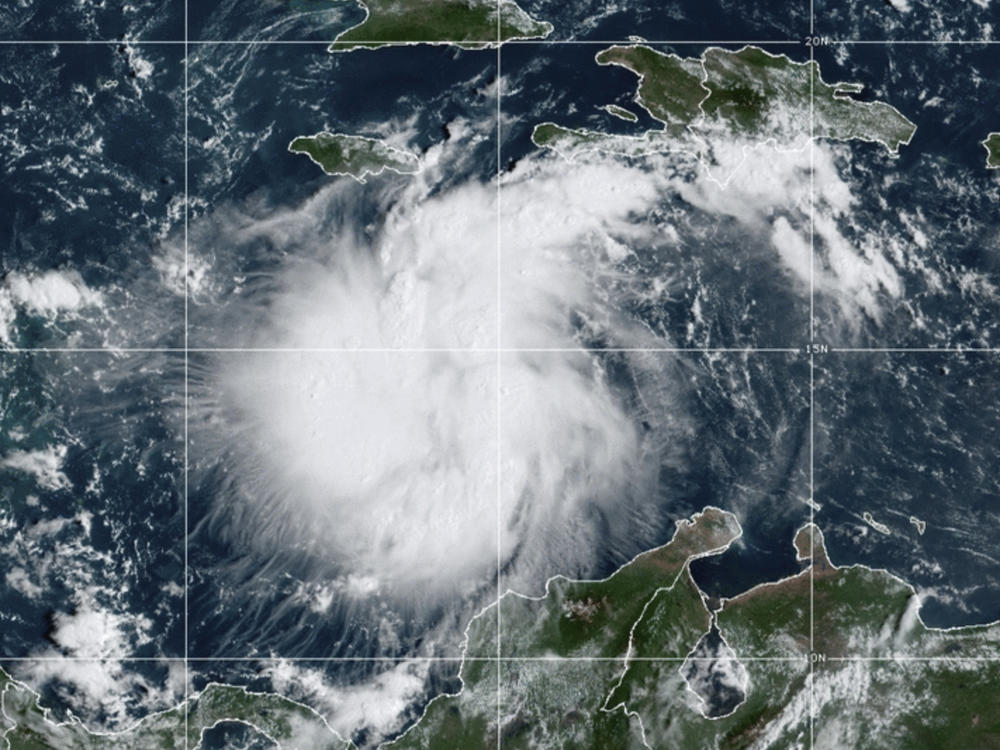 This satellite image provided by the National Oceanic and Atmospheric Administration shows Tropical Storm Ian over the central Caribbean on Saturday. / NOAA via AP

President Joe Biden also declared an emergency, authorizing the Department of Homeland Security and the Federal Emergency Management Agency, or FEMA, to coordinate disaster relief and provide assistance to protect lives and property. The president postponed a scheduled Sept. 27 trip to Florida because of the storm.

John Cangialosi, a senior hurricane specialist at the Miami-based center, said in an interview Sunday that it is not clear exactly where Ian will hit hardest in Florida. Residents should begin preparations, including gathering supplies for potential power outages, he said.

"It's a hard thing to say stay tuned, but that's the right message right now," Cangialosi said "But for those in Florida, it's still time to prepare. I'm not telling you to put up your shutters yet or do anything like that, but it's still time to get your supplies."

Local media in Florida have reported a consumer rush on water, generators and other supplies in some areas where residents moved to stock up on goods ahead of the storm. 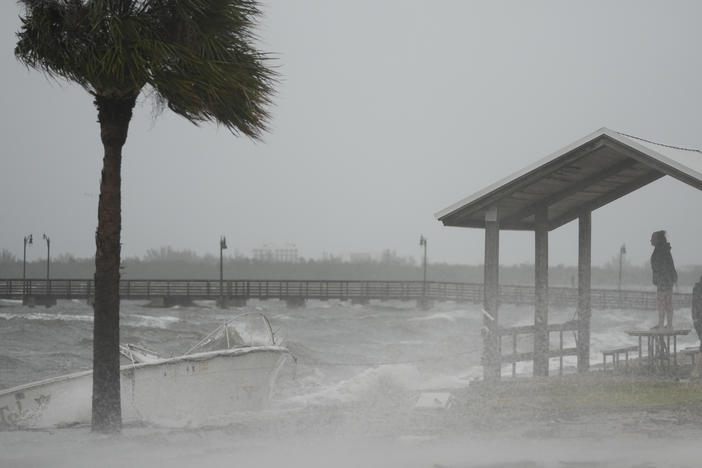 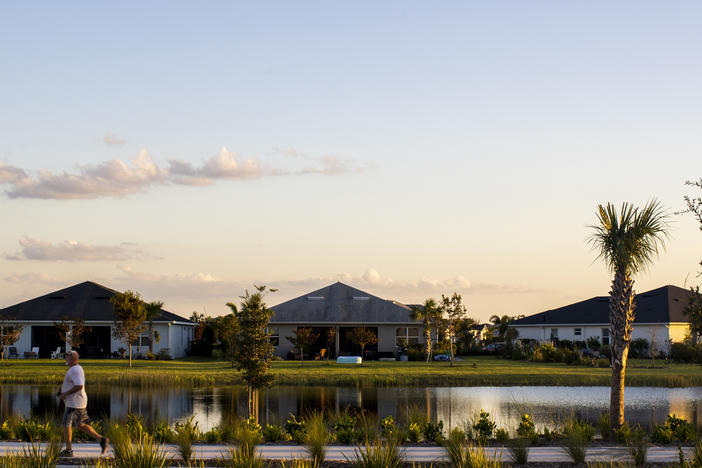 Hundreds of thousands of people in southwest Florida still don't have electricity or water. But Babcock Ranch, north of Fort Myers, was designed and built to withstand the most powerful storms. 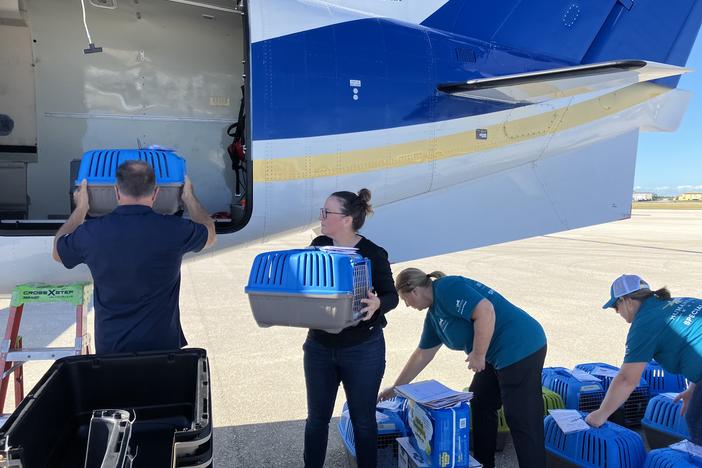 A shelter run by the Humane Society Naples is flying cats and dogs out of state to make room for a wave of new arrivals from families whose homes were destroyed and are now unable to care for a pet.