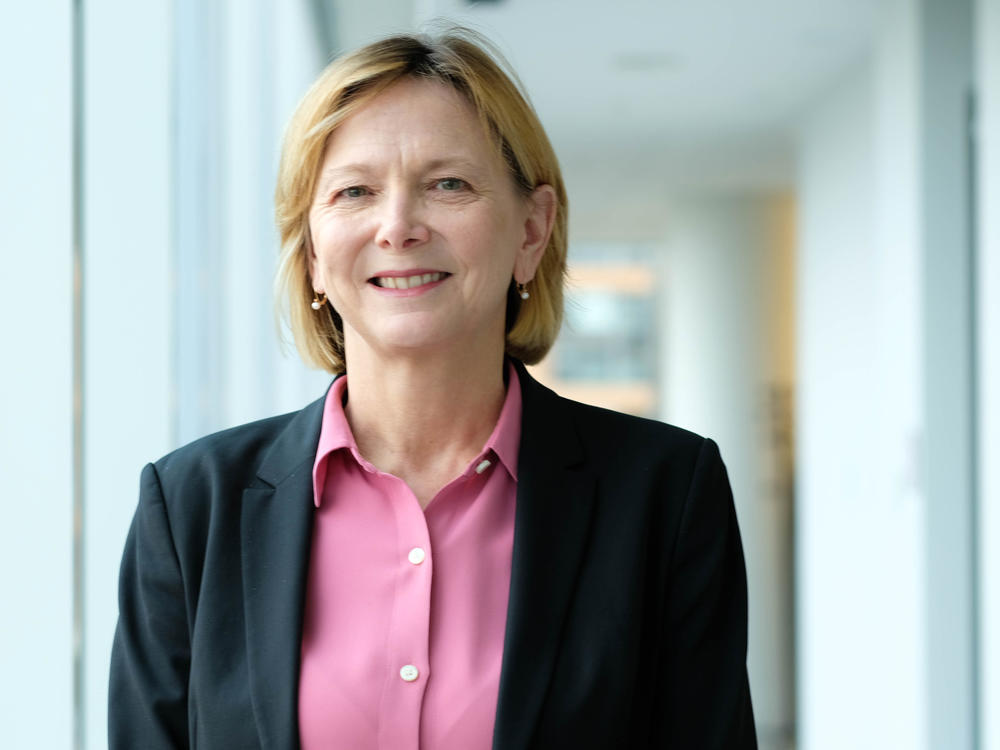 NPR news chief Nancy Barnes will leave the network in November. She announced her departure on the same day that NPR said it would hire a chief content officer to oversee both news and programming. / Wanyu Zhang

NPR's chief news executive, Nancy Barnes, said Friday she would be leaving the network, prompted by NPR CEO John Lansing's decision to create a new executive role above her.

A new chief content officer will oversee NPR's news and programming divisions, which have frequently collaborated and almost as frequently clashed over resources and priorities.

"As many of you have noted to me and others, there is increasingly overlap between the News and Programming divisions," Barnes wrote in a memo to staff Friday afternoon. "Now is the right time for me to pursue some other opportunities."

The development means NPR, one of a handful of vital players among national news organizations, will be searching for two top executives over news at the same time.

Barnes called her decision "bittersweet," but wrote that she supported Lansing's decision and asked that the staff give him their support as well: "NPR is a national gem. The work we do is critically important, now more than ever."

Barnes wrote that she would stay until at least late November. Both Lansing and Barnes declined to comment for this story.

NPR's leadership in podcasting has made the popular audio form one of the network's growing sources of audiences and revenues in recent years. Yet that has come under duress from competition from other public radio players and, more recently, for-profit outfits–leading to arms races for talent, audiences and revenue.

Barnes and NPR's senior vice president for programming and audience development, Anya Grundmann, often disagreed on which podcasts or innovations to pursue. (Grundmann did not respond to a note seeking comment.)

According to several colleagues, Barnes was surprised to learn how many podcasts stemming from clearly journalistic efforts were under Grundmann's control, such as Planet Money. (Some of them ultimately were placed under the guidance of both executives.)

Lansing's remarks in an initial memo to staff about the new executive job released Friday morning ahead of Barnes' revelation suggested that the network's search for a new chief content officer was driven by strategic aims and financial pressures. It reflected the changing nature of the media business, and the need to fight for audiences.

"We are funneling our international, national and local journalism into all available platforms to reach younger and more diverse audiences where they are," Lansing wrote. "We are also facing unprecedented competitive pressures from commercial media in all those spaces and the reality of our limited resources as a non-profit."

The move represents a back-to-the-future approach. Lansing's predecessor, Jarl Mohn, dispensed with the position in 2014, saying he felt the executive at the time was giving up too readily on NPR's promise in broadcasting amid changes in audience behavior. Mohn argued that NPR should stretch its ambitions on all platforms.

There is a philosophical as well as bureaucratic tension at play: NPR at times alternates between considering itself one of the nation's leading news organizations that also offers music and humor, and a media company with news as one key part of its brand and mission. (NPR offers the comedy show Wait Wait Don't Tell Me, YouTube videos of "Tiny Desk Concerts" and music podcasts of Alt.Latino, among many other projects.)

Barnes arrived at NPR in fall 2018 after leading the newsrooms of the Houston Chronicle and the Minneapolis Star-Tribune, two major regional news organizations with strong records of enterprise reporting.

She found herself confronted with the challenge of helping to restore a staff still shaken by the behavior and departure of her predecessor Michael Oreskes. He had been forced out a year earlier over multiple accusations of sexual harassment during the #MeToo moment.

Barnes helped NPR News achieve substantive accomplishments in a period buffeted by external crises that the network had to both endure and cover. She accelerated NPR's investigative and enterprise reporting efforts; helped map out reporting on the pandemic and the war in Ukraine; and broadened the network's coverage of issues of race, identity and social justice.

In addition, she oversaw a more aggressive stance in reporting on the growing threat to democracy from supporters of former President Donald Trump. Barnes also established a more muscular presence for the network in covering climate change. The newsroom continued to garner major accolades, winning its first Pulitzer, in collaboration with two member stations, and becoming a Pulitzer finalist several times.

Under Barnes, NPR News embraced analytical tools in helping to determine what stories to cover, in what manner, and on what platforms while still seeking to fulfill the network's stated public service mission. Those tools were also deployed to track more fully hiring practices and the diversity of the people NPR interviews in its stories and programs.

Lansing called Barnes a "strong partner" in a note to staff announcing a national search for her replacement.

Even so, the newspaper veteran's early tenure proved shaky and hard to surmount. Barnes took significant time to get up to speed on the imperatives and rhythms of broadcast, the complexities of dealing with the hundreds of member stations that make up the public radio system, and the increasingly restive newsroom staff. Some public radio station executives felt they did not fully understand her priorities.

An early slight of coverage, and later concerns over prominent departures

One example: an address to public radio station executives about the need to ramp up reporting on issues germane to people of color included the remark that NPR's coverage was "more lacking than we realized." That was taken as a slight by the network's Code Switch team, which had been established in 2013 and launched a podcast three years later. (She hailed its work when Apple named Code Switch the podcast of the year in 2020.)

In another instance, Barnes announced she would be making targeted layoffs to redirect resources toward her priorities; after an outcry, most of those affected, including longtime correspondent David Welna, landed new positions at NPR.

She did not strike a strong public presence as a journalism thought leader, as Oreskes had done; and Barnes was also characterized by many colleagues as aloof from her newsroom, though over time she weighed in with lengthy and laudatory notes to the news staff. The distance forced by the pandemic only accentuated that perception.

Last winter, unease erupted into public view over the departure of four female NPR hosts of color - each to other opportunities. Their decisions had been influenced by frustrations over compensation, opportunities and support. Several said they had found negotiations with the network troubling or offensive. Barnes' top executive over news magazines left the network several months later. Even so, hiring of people of color spiked upward at NPR and inside NPR News during her time.

Friday afternoon, Barnes shared a warning even as she struck a collegial tone in her note to the newsroom.

"We serve the public at a time when journalism is under attack and Americans cannot always agree on a shared set of facts," Barnes wrote. "We also know that countries such as China, Russia and Iran foment disinformation as a way of destabilizing the United States. We need to stand strong as a trusted international journalism organization."

Disclosure: This story was reported by NPR media correspondent David Folkenflik and edited by Deputy Business Editor Emily Kopp and Chief Business Editor Pallavi Gogoi. No senior news executives or corporate officials were allowed to see this article before it was posted publicly. 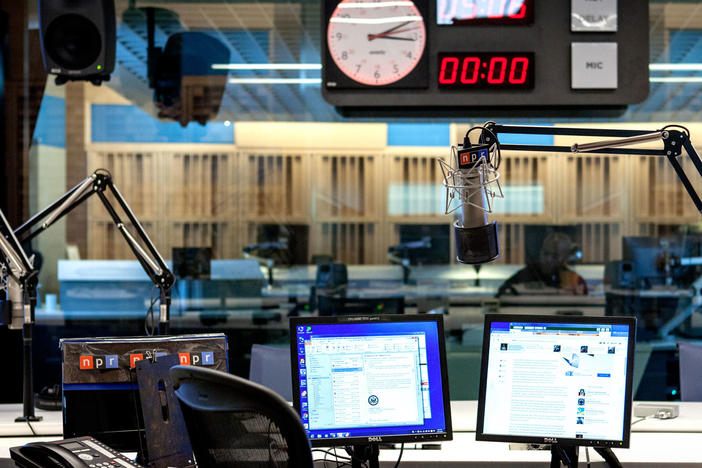 Because of the coronavirus pandemic, the public broadcaster lost about a quarter of its radio audience in the second quarter of 2020, compared with a year earlier. Even so, digital audiences surged. 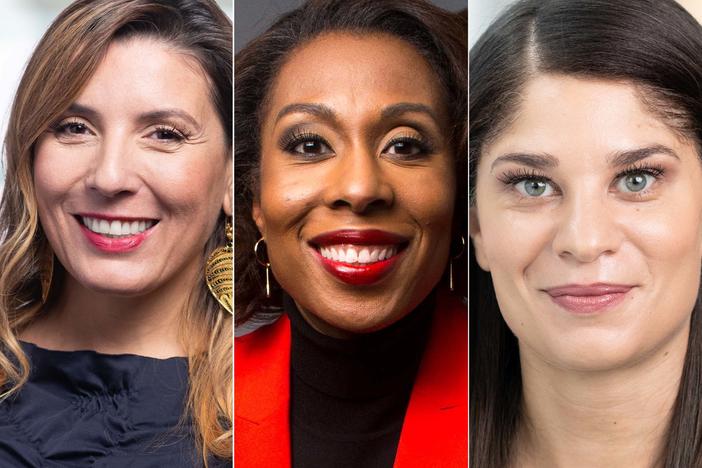 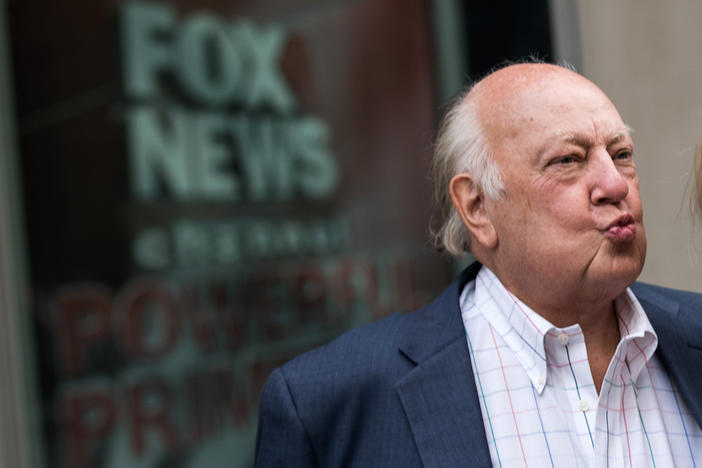