Education takes an unusual back seat in Georgia election 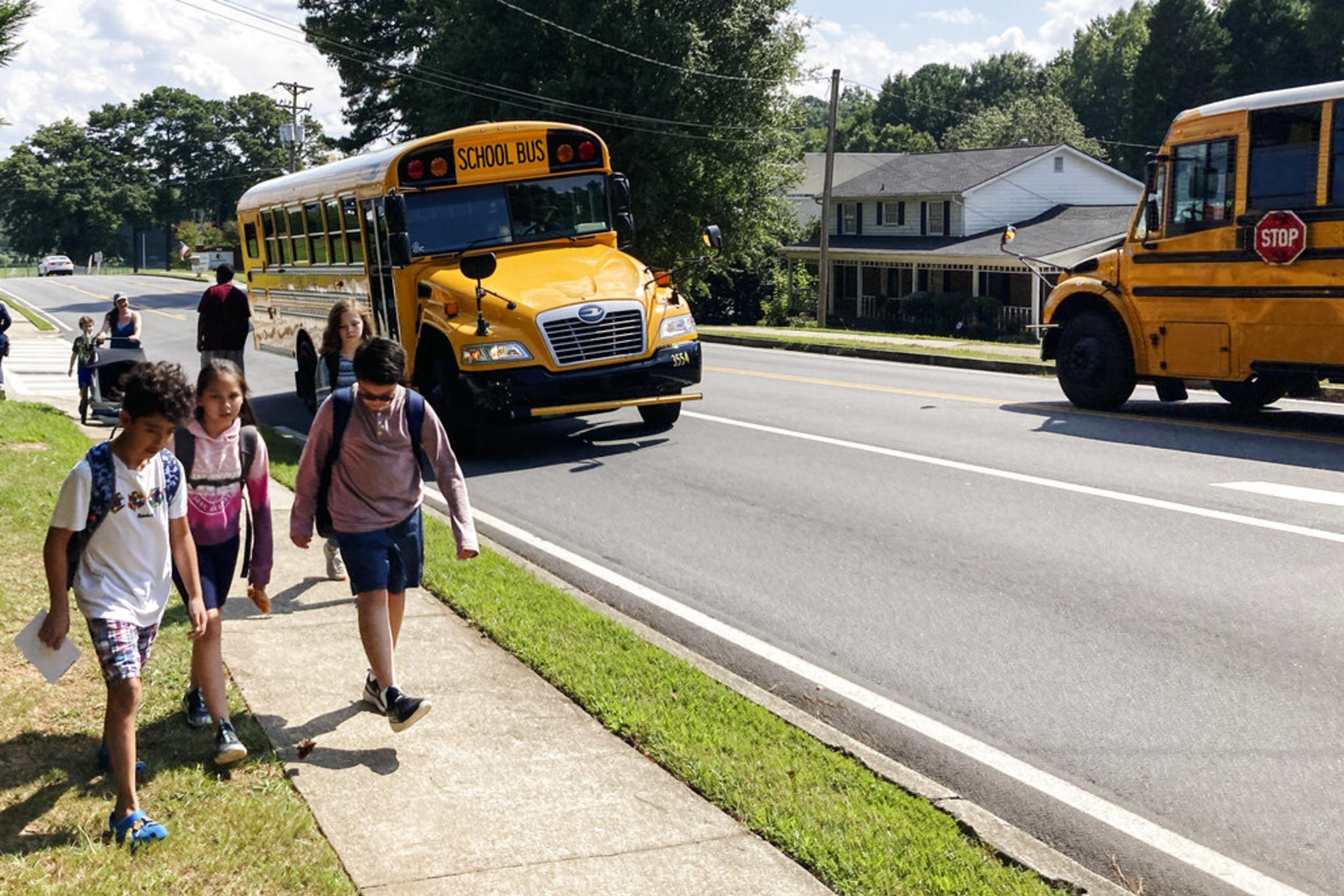 Like schools nationwide, those in Georgia face some big decisions in coming years.

But polls show K-12 education trailing among voter concerns this year, and candidates are spending more time talking about inflation, the economy, abortion and guns.

When it comes to education issues, Gwinnett County parent and former teacher Missy Purcell says, "I'm not hearing a lot."

Abrams proposes a big boost in teacher pay, more state-paid preschool slots for lower income families and an increase in college aid financed by legalizing casinos. She also pledges efforts to block conservative laws that limit what schools can teach about race and make it easier for parents to challenge books.

"We have to invest in our children from cradle to career and we have to pay our educators a professional wage," she told Democrats at their state convention in Columbus on Aug. 27. "We've got to keep our teachers in the classroom and not the courtroom."

Kemp rolled out a more modest agenda, including a grant program aimed at helping students learn what they missed during the pandemic, encouraging teacher aides to become full teachers and increasing funding for school counselors.

"We have to do more work addressing the pandemic learning loss, bringing more educators and counselors into into our schools and keeping our students and staff safe," Kemp said Monday at a school in Statham.

But other concerns appear to be crowding out education, especially among Democrats.

Walking her two children home from Camp Creek Elementary in the Gwinnett County suburb of Lilburn, Katherine Camp said her family moved to the area so her children could attend the highly rated school.

"This is better than private school in some ways," Camp said, noting both her children get special education services.

Gwinnett is Georgia's largest school district, with 180,000 students, more than 10% of statewide enrollment. It has been a magnet for families but has seen fighting over the district's direction in recent years as newly ascendant Democrats took over the school board and other county offices.

But Camp said her top issues are health care and ensuring state laws don't hamper people from voting. Even her top education issue, preventing school shootings, is mostly about controlling guns across society.

That's a decline for what's traditionally a centerpiece issue, especially in Southern states where educational attainment has lagged.

"Not just in Georgia, but across the South, individuals have been proud to be labeled the education governor," said Charles Bullock, a political science professor at the University of Georgia.

In September 2018, 16% of Georgians in an Atlanta Journal-Constitution poll said "public schools" were the most important election issue that year, which tied with health care for second place overall behind the economy. A Fox News poll conducted this August showed 3% of registered voters in Georgia naming "education" as their top issue in the Senate race.

Georgia is spending more than $25 billion on public schools this year, out of a $58 billion budget, one indication of how education dominates state government. Georgia's 120,000 public school teachers have historically been a key voting bloc. For example, a 2002 revolt by teachers helped deny Democrat Roy Barnes a second term after the governor tied teacher evaluations and bonuses to student performance and eliminated tenure.

Kemp courted teachers in 2018, promising a $5,000 pay raise that Abrams derided as a "gimmick." Kemp delivered on that pledge and also sought their favor by backing moves to reduce standardized testing.

But the tone toward education shifted in Georgia after Republican Glenn Youngkin's gubernatorial victory in Virginia showcased conservative complaints about schooling. This spring, as Kemp faced a Republican primary challenge, he signed a raft of culturally conservative school bills, regulating how race could be taught in schools, making it easier for parents to challenge books they viewed as inappropriate and nudging the state athletic association to ban transgender girls from high school girls sports. Youngkin is coming to campaign with Kemp on Tuesday.

Abrams has proposed boosting average teacher pay to $75,000 and guaranteeing a starting salary of $50,000. The plan would cost a projected $1.65 billion in new spending.

That sounds attractive to Amber Karasik, a special education teacher at Gwinnett County's Jenkins Elementary School and board member of the Gwinnett County Association of Educators. Karasik echoes Abrams' arguments that Georgia shouldn't be content to rank 21st in average pay among states at $60,553 annually, although that's substantially higher than neighbors.

"We want to keep our best teachers, our best talent, in the state, and for somebody that may be considering getting a teaching degree, it probably would behoove them to move elsewhere," Karasik said.

Kemp isn't offering a new pay raise plan. He said in Statham that he "would love to continue to pay state employees more" and argued teachers should trust him because he delivered on his $5,000 promise.

Georgia has largely let its 181 school districts decide how to aid students' academic and social recovery from pandemic-related disruptions. But others want Georgia to better guide districts on effective teaching, pointing to states such as Mississippi that saw test scores rise after implementing changes.

Purcell said that when she briefly returned to teaching after having children, she felt Gwinnett County did little to educate her on what had changed while she was gone. Her youngest son, Matthew, was struggling to read until Gwinnett County paid for him to attend a special school.

"I would rather have a lot more direction from the state level for districts to use evidence-based programs, especially in our foundational subjects like reading and writing and math," Purcell said. "If we don't set kids up for success early on, we're basically giving them a life sentence of failure." 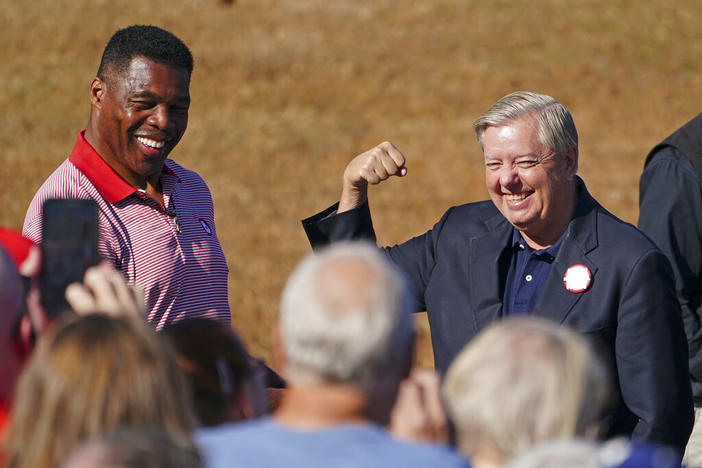 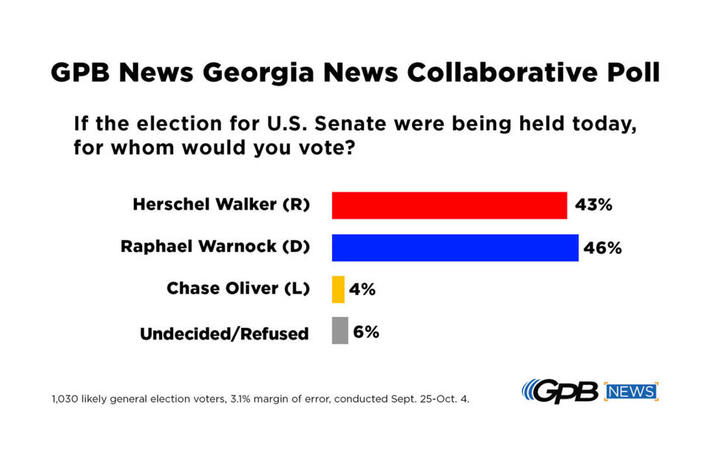