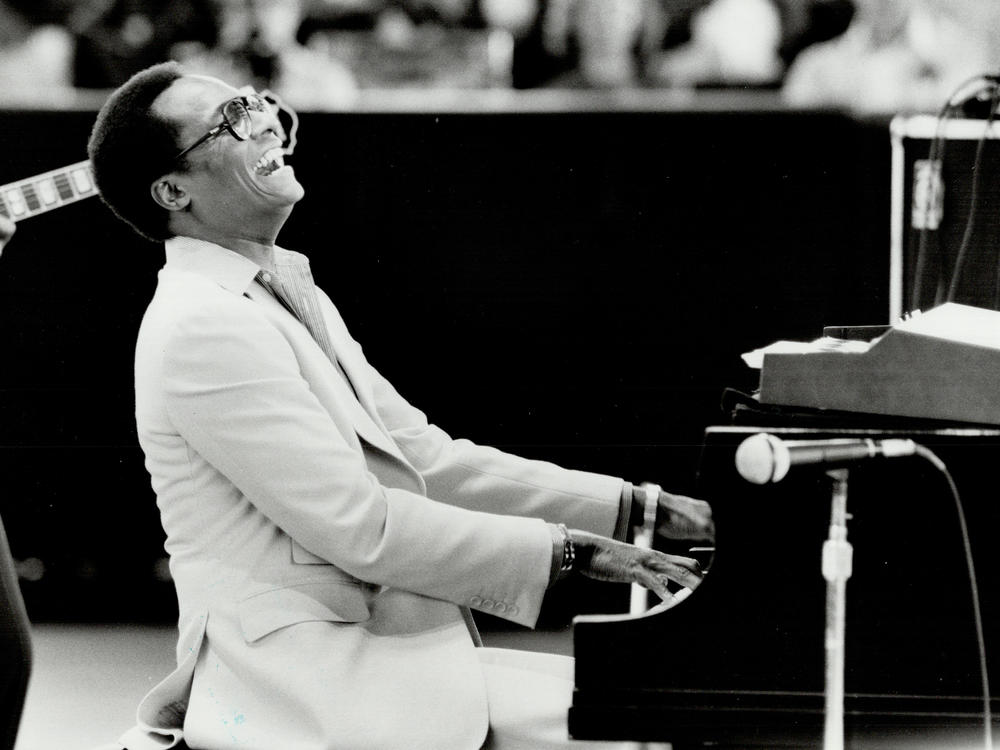 Ramsey Lewis, seen here performing at the Ontario Jazz Festival in 1981, died Monday at his home in Chicago. / Toronto Star via Getty Images

Ramsey Lewis, a pianist who sustained connections between jazz and popular music at a time when those bonds often seemed fragile and imperiled, died on Monday in Chicago, his hometown. He was 87.

His death was announced by his manager, Brett Steele, who cited natural causes.

Throughout his career, Lewis was the embodiment of jazz crossover. His affinity for gospel and blues tunes melded seamlessly with easygoing, unfettered forays into the rock and soul standards of the 1960s — a transaction that yielded major dividends with a trio album recorded at Washington D.C.'s fabled Bohemian Caverns in 1965. The title track of that album — "The 'In' Crowd," a cover of Dobie Gray's rhythm-and-blues hit from the previous year — made its own leap into the charts, spending 16 weeks on the Billboard Top 100 and rising as high as No. 5. The album spent 12 weeks in the top spot among best-selling R&B albums.

The rowdy, funky, hard-swinging acoustic jazz of Lewis, bassist Eldee Young and drummer Red Holt blended nicely with the wildly eclectic musical mélange making its way through the radio airwaves that summer of '65, including the Rolling Stones' "(I Can't Get No) Satisfaction," The Four Tops' "I Can't Help Myself," Tom Jones' "What's New, Pussycat?" and The Beatles' "Help!" For his part, Lewis received not only chart success with "The 'In' Crowd" but also cultural acclamation: the song earned him the Grammy award for Best Instrumental Jazz Performance.

Lewis built on his popular success later that year with Hang On, Ramsey! — another live trio album, recorded at the Lighthouse Café in Hermosa Beach, Calif. This time the playlist dug even deeper into the contemporary repertory, with a cover of "Hang On, Sloopy!" that reached No. 6 on the R&B chart and No. 11 on the pop chart. Two covers of songs by The Beatles, "A Hard Day's Night" and "And I Love Her," were included with more traditional standards like "Satin Doll" and "The More I See You."

Towards the decade's end, Young and Holt left the trio to form their own jazz combo. They were replaced by bassist Cleveland Eaton and drummer Maurice White. In 1974, Lewis reunited with White — a founder and architect of the seminal soul band Earth, Wind & Fire — to record Sun Goddess, an album whose emphasis fell on amplified instruments, prefiguring what we know as "smooth jazz." That album topped Billboard's Top Soul Albums chart, and its title track became a hit single. Maurice White's brother Verdine, a bassist with EWF, played and provided vocals on the album, as did the group's lead vocalist, Philip Bailey.

Ramsey Emmanuel Lewis, Jr. was born on May 27, 1935, in Chicago. Growing up in the Cabrini-Green housing project, he began playing piano at age 4. He began his classical training at the Chicago Music College Preparatory School, while playing piano and organ in his local church. He carried the abiding influences of both his gospel and classical training into a stylistically eclectic yet rhythmically grounded approach to jazz.

"I lucked out," Lewis told a Chicago Sun-Times interviewer in 2018, "because both my parents loved classical and gospel music. My dad loved jazz as well. So, I was hearing this music around the house since I was born."

In all, Lewis recorded more than 80 albums, winning three Grammys and scoring five gold records. In 2007, he was named a Jazz Master by the National Endowment for the Arts. He hosted a longtime syndicated radio show, Legends of Jazz, that was developed into a public television series in the mid-2000s.

Though the 1970s were considered by many to be a low point for jazz's popularity, Lewis' crossover success raised hopes that the music would maintain the same connections with rock, soul, and pop that it had in the first half of the 20th century. By reaching out to audiences of all ages and musical tastes with such a varied and cross-generational repertoire, Lewis was making as bold an investment in the future of jazz as any (so-called) avant-gardist or neo-classicist.

His commitment to jazz's present and future found other outlets — notably as artistic director of Jazz at Ravinia, for which he composed two commissioned works: "Proclamation of Hope, for the bicentennial of Abraham Lincoln's birth; and "To Know Her," a full score for the Joffrey Ballet. He also helped organize Ravinia's Jazz Mentor Program. In 2005, he launched the Ramsey Lewis Foundation, seeking to connect at-risk children with the joys of musical creation. His memoir — Gentleman of Jazz, coauthored by Chicago jazz journalist Aaron Cohen — will be published next year.

"I think [in] everything I do, the common denominator is improvisation," Lewis told Molly Murphy in a 2006 interview for the National Endowment For the Arts. "Improvisation that should swing, have some forward motion to it, even if it's a ballad, to have some movement about it. Where are you going to find that spontaneous improvisation in the moment except in jazz?" 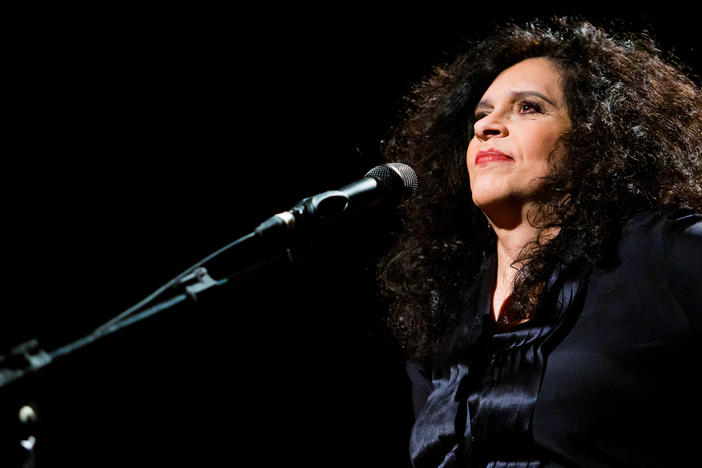 Costa's voice was a key part of the sound that combined Brazilian pop music, psychedelic rock and the avant-garde in the late 1960s. 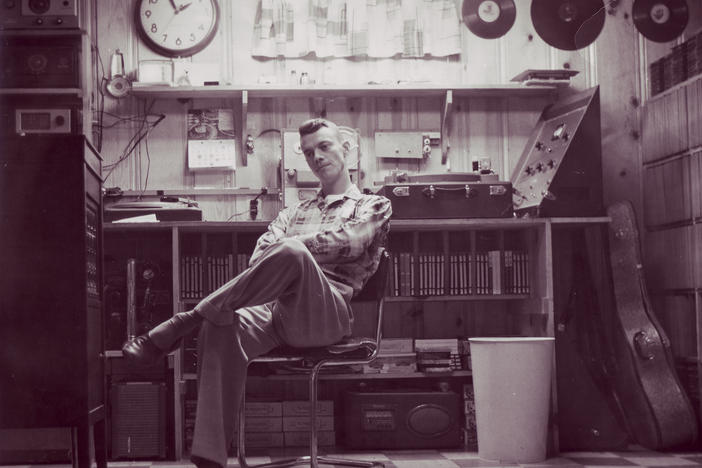 Joe Bussard, the collector who preserved early American recordings, has died at 86

Joe Bussard not only sought out obscure 78-rpm records that otherwise would have disappeared, but shared the music with giddy excitement. 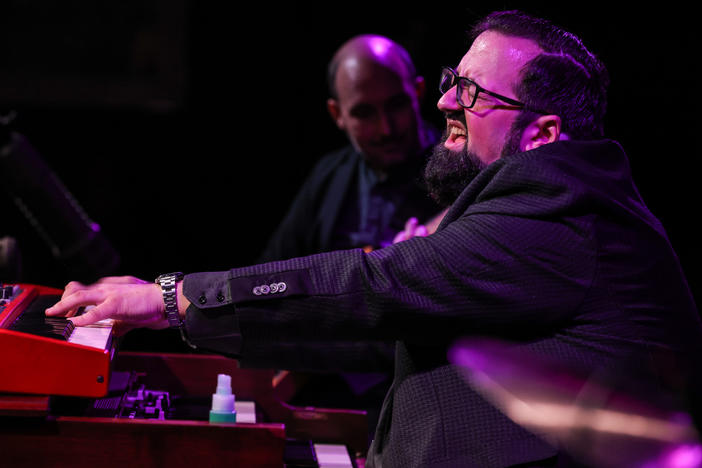 Joey DeFrancesco, driving force on the Hammond organ, dies at 51

DeFrancesco played in Miles Davis's band as a teenager, brought the sound of the Hammond B-3 organ roaring back to the jazz mainstream in the 1990s and remained the instrument's most visible champion.