LONDON — King Charles III gave his first public speech, in an emotion-laden prerecorded broadcast that started at the same time as a service Friday evening to commemorate his late mother began at St. Paul's Cathedral.

It came just a day after Queen Elizabeth's death at her Balmoral estate in Scotland, and after Britain's new head of state had traveled south from there to London, arriving at Buckingham Palace alongside his wife Camilla, now the queen consort, and before waiting crowds of thousands.

He spoke from the same room Elizabeth had often used for her televised Christmas broadcasts, but his tone was mostly somber and serious as he paid tribute not only to her as a monarch, but as a mother.

Below are three of the major takeaways:

1. As king he has to hand off charity work

For decades, Charles has focused much of his attention and intellect on programs and passions that have been of interest to him: underprivileged young people, climate, agriculture and even community development are subjects close to his heart and have inspired his efforts. But he acknowledged in his address that the charities and organizations he has supported or spearheaded must now be led by others, as he takes on the additional constitutional roles and responsibilities of kingship. "This important work will go on in the trusted hands of others," he said.

The new king insisted that a primary part of his mission as monarch would be to provide a form of consistency in matters both temporal and spiritual, in the way he said his mother had done, despite huge social, political and cultural changes across Britain over the last seven decades. He said though the institutions of state had changed, and despite various challenges, he said the United Kingdom's values have remained constant and should continue to do so. As the new head of the Church of England, he said that his own faith had helped him to develop a sense of duty to others, and to respect Britain's system of parliamentary government.

He focused on the important role two women had played already in his life, his mother and his wife, but also how the latter, Camilla, would continue to support him during this moment and the years to come. He said that her new position of queen consort was a recognition of her own "loyal public service." He appeared keen to play up her own ability to meet what he called the "demands" of this new role but also — in the most emotional words of his entire delivery — he thanked the woman he called his "darling Mama" for her love and devotion. 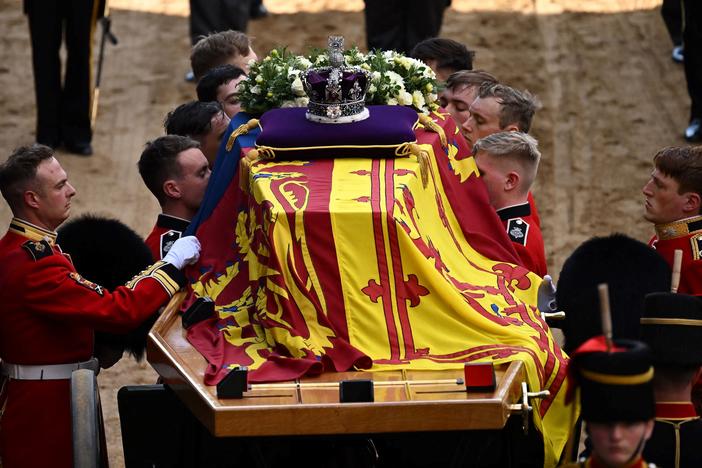 2,000 guests are due to attend Queen Elizabeth's funeral at Westminster Abbey

World leaders and members of the public, including national health workers, are invited to pay tribute to the United Kingdom's longest-reigning monarch. 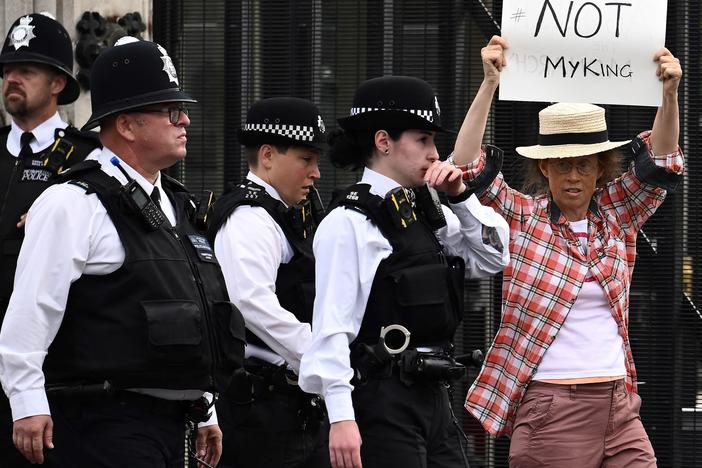 Anti-royal protesters are being arrested in the U.K. as the 'Not My King' tag grows

A woman was arrested at St. Giles' Cathedral in Edinburgh on Sunday; in London, a protester holding a sign reading "Not my king" was led away by a group of uniformed officers. 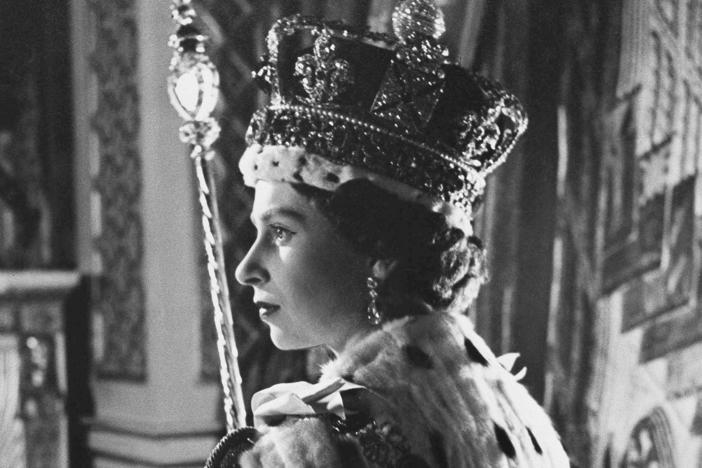 Queen Elizabeth II, the monarch who brought stability to a changing nation

The queen served as the United Kingdom's monarch since 1952. Her reign spanned a remarkable arc in British history and was defined by duty to country — and considerable family pain.