Russia-Ukraine war: A weekly recap and look ahead (Sept. 5) 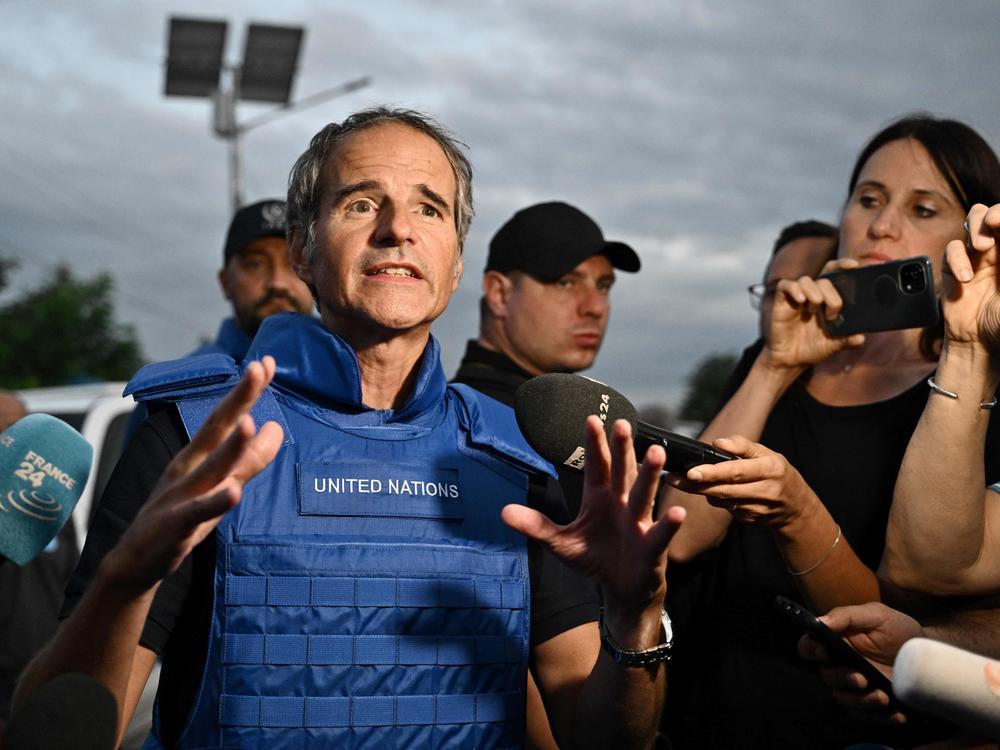 International Atomic Energy Agency chief Rafael Mariano Grossi talks to reporters on a road outside the city of Zaporizhzhia after his visit to the Russian-held Zaporizhzhia nuclear power plant in southern Ukraine on Sept. 1, amid the Russian invasion of Ukraine. / AFP via Getty Images

As the week begins, here's a look ahead and a roundup of key developments from the past week.

What to watch this week

On Monday, Brussels hosts a meeting of the EU-Ukraine Association Council, whose agenda includes the European Union's support for Ukraine amid the Russian invasion and Ukraine's application for membership in the bloc.

On Tuesday, the United Nations Security Council is expected to convene, on Russia's request, to discuss the Russian-occupied Zaporizhzhia nuclear power station in southern Ukraine, following recent attacks, outages and an international inspection at the plant.

Also, Boris Johnson's tenure as British prime minister comes to an end. He won praise and affection from Ukrainians as a strong supporter of Kyiv.

And Russian President Vladimir Putin is scheduled to visit the Vostok military exercises in eastern Russia.

On Wednesday, the U.N. Security Council is due to talk about forced displacement in Ukraine, as announced by France.

Thursday, U.S. Ambassador to the U.N. Linda Thomas-Greenfield will give a preview of Washington's priorities at the U.N. General Assembly later this month. On Saturday, she will address global food security, which has also been affected by the war.

Friday, EU energy meetings are to hold an extraordinary meeting following price surges largely due to fallout from the war in Ukraine. Additionally, EU economy and finance ministers and central bank chiefs will also hold an informal meeting.

On Sunday, Russia holds gubernatorial elections in over a dozen regions.

Meanwhile, security analysts will watch for developments as Ukraine's counteroffensive in the south goes into its second week.

Aug. 29: Ukraine launched a counteroffensive in southern areas captured by Russian forces early in the war.

Aug. 30: Former Soviet leader Mikhail Gorbachev died at 91. An interpreter who worked with him later told Reuters that Gorbachev had been "shocked and bewildered" by the Russian invasion of Ukraine. Putin didn't attend the Sept. 3 burial ceremony, and the Kremlin gave it only limited elements of a state funeral.

Ukraine's new school year began in the middle of a war. While some schools started in person, most will try to hold classes online. More than 2,000 centers of learning, from preschools to universities, have been damaged or destroyed, the Education Ministry says.

Russia kicked off Vostok 2022, a week of military exercises with other countries. Some analysts say the drills reflect Moscow's deepening ties with China and India.

Sept. 2: President Biden asked Congress to approve $11.7 billion for Ukraine, including $7.2 for military-related costs and $4.5 billion for direct economic support.

Sept. 3: The embattled Zaporizhzhia nuclear station was once again knocked off its last external power line but was still able to run electricity through a reserve line. Russia and Ukraine have blamed each other for shelling in the area.

Russian shelling hit Ukraine's Kharkiv, in the northeast, and Mykolaiv, in the south.

Sept. 4: John Sullivan left his post as U.S. ambassador to Russia and will retire from public service, the U.S. Embassy in Moscow said. He was appointed in December 2019 by then-President Donald Trump and stayed on through a tumultuous time. Elizabeth Rood becomes the embassy's charge d'affaires until Sullivan's successor arrives.

Along the front lines in eastern Ukraine, cut off from resources, a resilient city holds on.

What it's like for Ukrainians working at a nuclear plant under Russian occupation.

Russia's effort to break European energy unity seems to be failing — at least for now.

As inspectors leave Ukraine's nuclear plant, the mayor of a nearby town has high hopes.

What inspectors are looking for at Ukraine's war-damaged Zaporizhzhia nuclear plant.

A Ukrainian neurologist from Kyiv checks back in with NPR, saying dozens of medical professionals from the West have offered help since the first interview.

At Latvia's border with Russia, the line grows long, and tempers short.

Massive military aid package to Ukraine signals U.S. is in war for the long haul.

You can read past recaps here. For context and more in-depth stories, you can find more of NPR's coverage here. Also, listen and subscribe to NPR's State of Ukraine podcast for updates throughout the day. 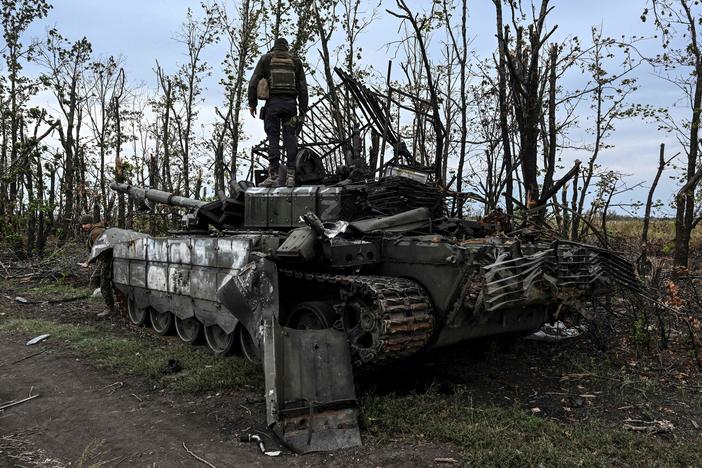 Russia-Ukraine war: A weekly recap and look ahead (Sept. 12) 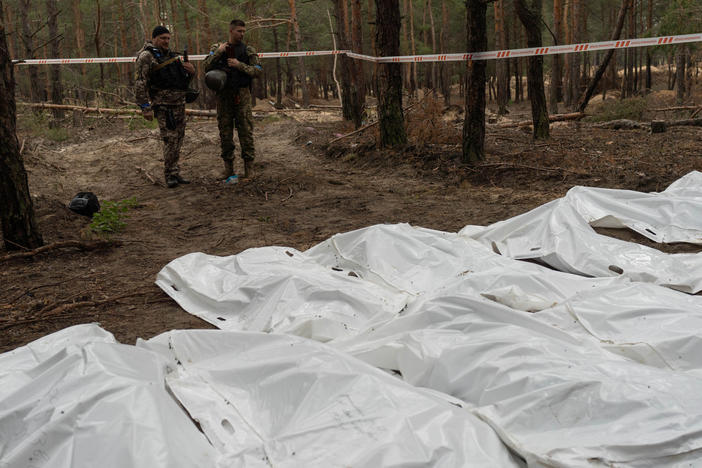 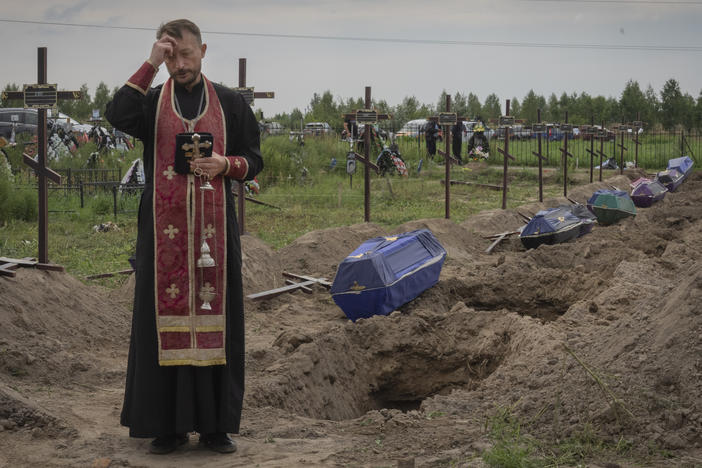