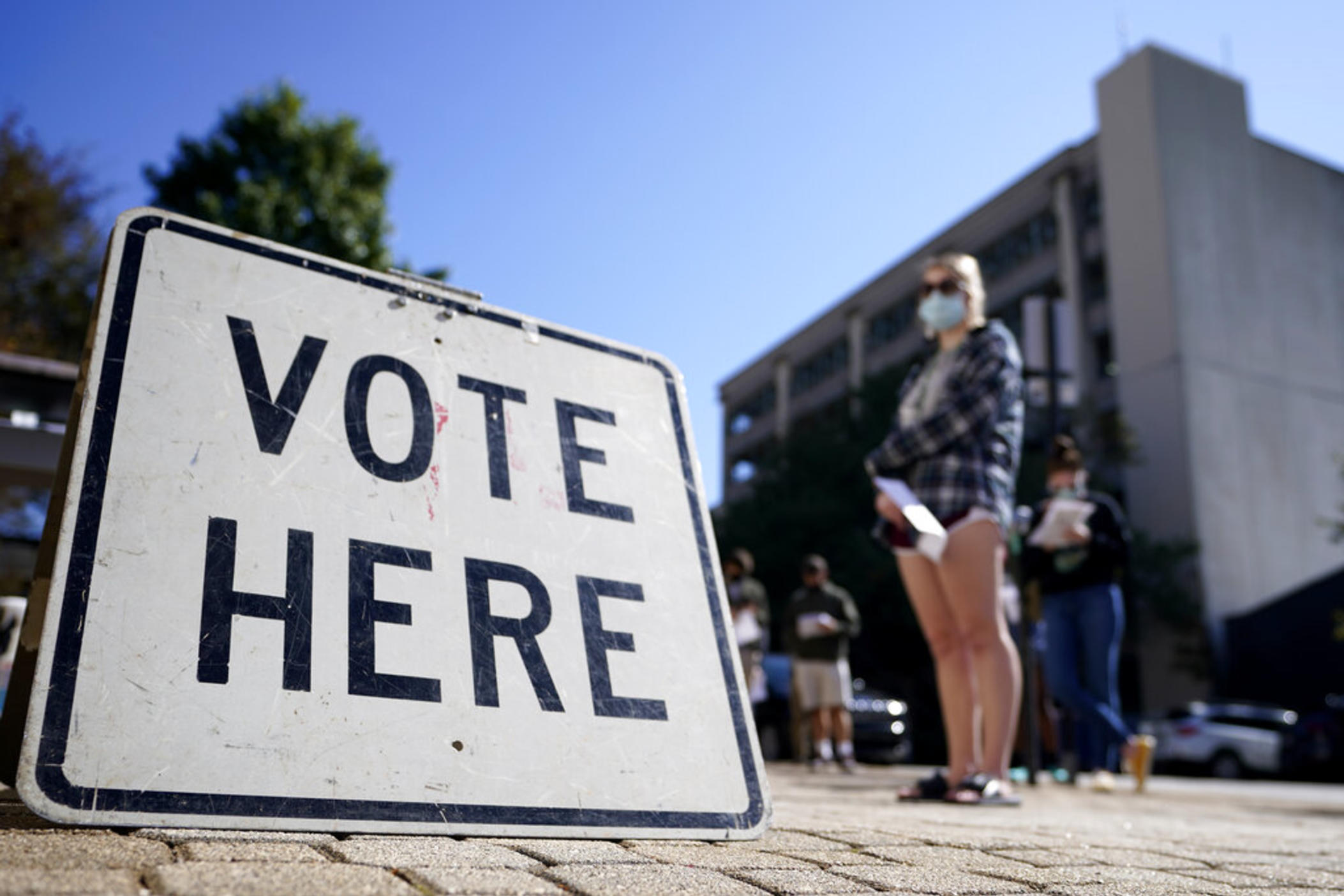 Caption
Voters stand in a line as they wait to vote early on Oct. 19, 2020, in Athens, Ga. Lawyers on Monday, July 18, 2022, asked a federal judge to block Georgia's 2021 ban on giving gifts including food and water to voters waiting in line.
Credit: AP Photo/John Bazemore, File

A judge has declined to block a section of a Georgia election law that bans handing out food and water to voters waiting in line.

The provision is part of a sweeping elections overhaul passed by Georgia lawmakers last year. Voting rights groups, who have filed a lawsuit challenging multiple parts of the law, argued that the provision infringes their free speech rights and should be immediately blocked while the case is pending.

The 74-page order, which was issued Thursday, means that the provision will remain in effect for the closely watched November general election. Republican Gov. Brian Kemp is locked in a rematch with Democratic challenger Stacey Abrams, while Democratic U.S. Sen. Raphael Warnock is trying to fend off a challenge from Republican Herschel Walker.

The state had argued that the provision was necessary to protect against conditions at polling places that could raise worries over potential illegal campaigning or vote buying. State lawyers also argued it was too close to the upcoming election to make changes.

U.S. District Judge J.P. Boulee said the voting rights groups may ultimately prevail on part of their challenge, but he agreed with the state that it's too close to the election to block any part of the provision. He noted that requiring different rules for the general election than those in place for the primaries earlier this year could cause confusion for election workers. 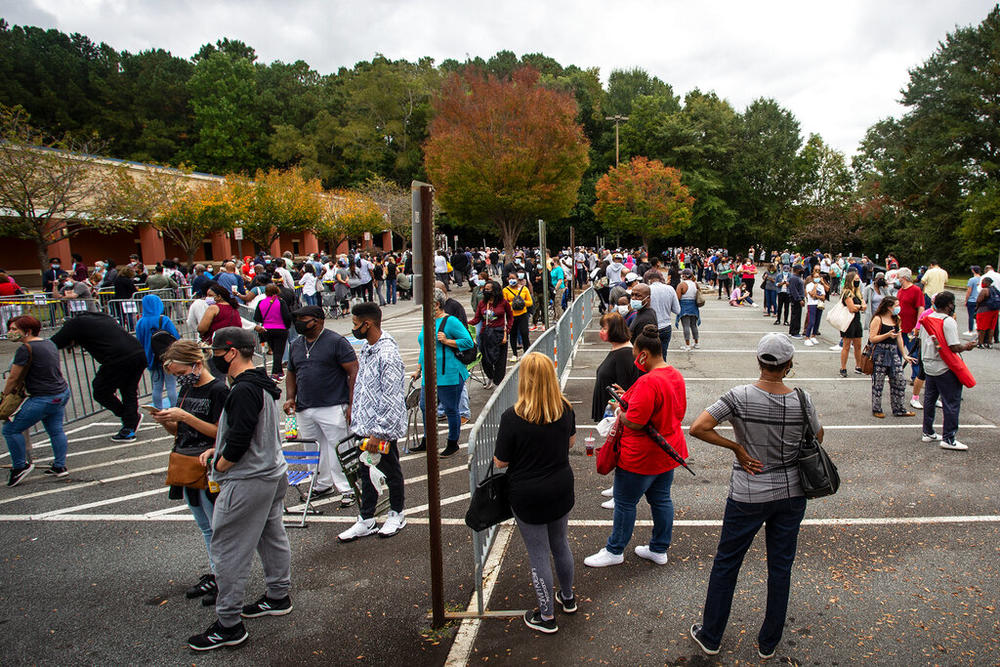 Hundreds of people wait in line for early voting on Oct. 12, 2020, in Marietta, Ga. State Election Board member Matt Mashburn testified at a hearing on Monday, July 18, 2022, that conduct he witnessed at this polling place led him to conclude it was necessary for the state to ban all gifts to waiting voters, including food and water.

Boulee said that voting rights groups had failed to show that prohibiting the distribution of food and drinks within 150 feet (45 meters) of a polling place violates their constitutional rights. But he said that another part of the provision that bars people from offering food and drink within 25 feet (7.6 meters) of any person in line is probably unconstitutional because that zone is tied to the location of voters and could stretch thousands of feet from the polling place.

The voting rights groups expressed disappointment with Boulee's ruling but said they will continue to fight.

"While Georgia's cruel ban on line relief stands for now, we look forward to presenting our broader case against SB 202 at trial, where we will prove that many provisions in the legislation violate federal law and the Constitution," said ACLU of Georgia voting rights attorney Rahul Garabadu.

Republicans have said high turnout and short lines in this year's primary elections show that the new law doesn't discourage or restrict voting. But critics say it disproportionately affects marginalized voters, and many Democrats have pledged to roll it back.

The U.S. Justice Department has also filed a lawsuit alleging that the 98-page Georgia voting law is racially discriminatory, but it was not part of the request to immediately block the food and water provision. 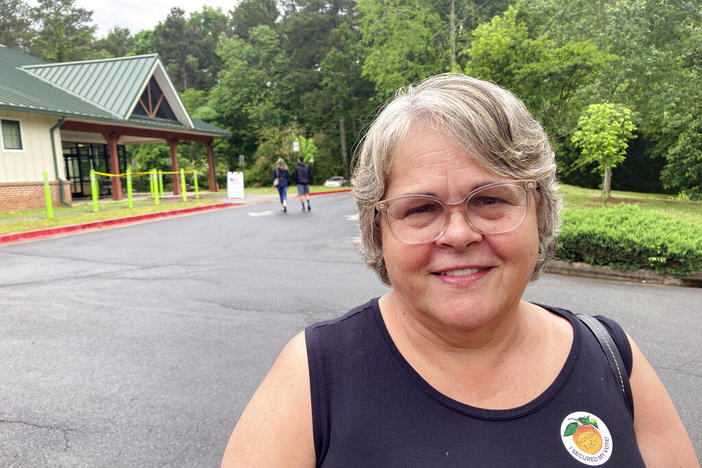 Tens of millions of people in the United States opted for mail ballots during the pandemic election of 2020. This year, voters in the early primary states are returning in droves to in-person voting. In Georgia, early in-person voting is shattering records. 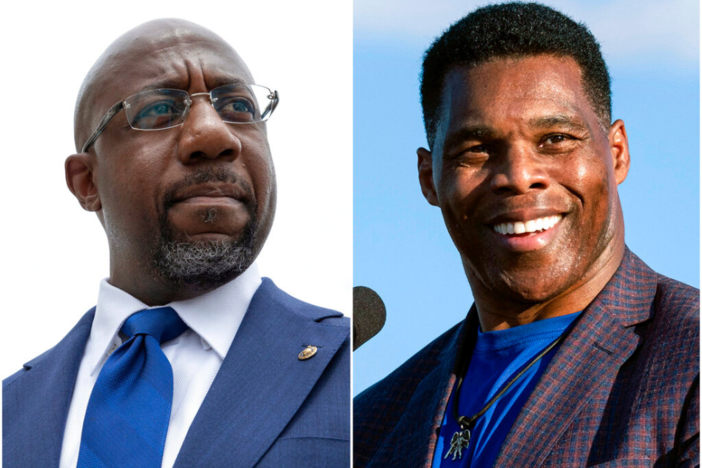