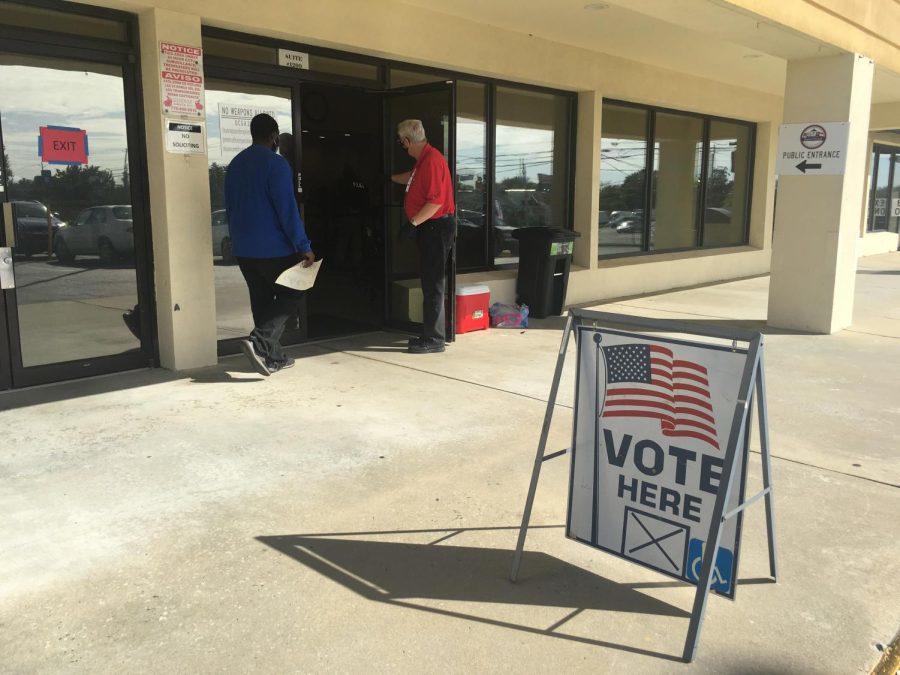 The Macon-Bibb County Board of Elections has been searching for a new elections supervisor since January.

The battle over who has the authority to select a candidate for Macon-Bibb County elections supervisor is now in Superior Court.

On Aug. 8, the Macon-Bibb County Board of Elections and Chairman Mike Kaplan filed a civil action against Mayor Lester Miller and all the county commissioners.

The board contends that they alone have the responsibility to select an elections supervisor candidate who must be approved by the mayor and commission to be hired.

Miller rejected the board’s nominee in May when partisan social media posts were discovered on social media accounts bearing the candidate’s name. The elections representatives then withdrew that nomination which was never added to a county commission agenda for a vote.

In June, the Board of Elections discussed taking Miller to court over the change but reluctantly agreed 3-2 to join the mayor’s committee as the election office has been without a permanent supervisor since Jeanetta Watson resigned in January.

The next day, Miller told The Macon Newsroom that he did not have to include the board in the committee and could have nominated a candidate himself or formed a selection committee from people “off the street.”

The board cited that comment in their court filing this month.

At the time, Miller said: “I’m not trying to change the way it is, we’re just following the process that we believe the law was intended to do, and I just felt it necessary to include them as part of our committee process because they’re in that position.”

The county charter says “The governing authority of Bibb County, upon the recommendation of the board of elections, shall appoint a person whose title shall be ‘elections supervisor’…”

It’s the board’s position that the mayor is usurping its authority in selecting the candidate by committee instead of allowing the board to put forth another name.

The mayor’s committee would have excluded the politically independent, at-large chair Kaplan and two other members of the board of elections, according to the court filing.

“Defendants’ proposed selection committee not only violates the separation of powers enshrined in… the charter, it also threatens to undermine the public’s trust in anybody who is appointed as elections supervisor, as that person would be the product of an inherently partisan and unlawful process,” stated the complaint.

“By appointing two Democrats and two Republicans to the selection committee, Mayor Miller, a Republican, has essentially made himself the tie-breaker and ensured that nobody will be recommended for the elections supervisor role who he and his political faction do not approve of,” the complaint further states.

The board maintains that its members are “ready, willing, and able to work collaboratively with the mayor and commissioners to identify a qualified elections supervisor candidate, while still respecting the Board of Elections’ independence and role in this process.”

The election board is asking a judge to compel the mayor and commission to abide by the charter, deem the mayor’s selection committee as illegal and declare that county elected officials may only approve an elections supervisor who was selected by them.

They also are asking the court to dismantle Miller’s committee, which has never met, and pay their attorney fees.

The board’s regular counsel, William Noland, is a private contractor hired by and paid by the Macon-Bibb County Attorney’s Office, so he recused himself. The board hired Atlanta attorney Lee Parks, who has reduced his rate, but the board members are still incurring legal fees for which the board says it’s entitled to be reimbursed.

They are asking for a judge to block the committee and hold a hearing as soon as possible.

Miller declined to comment Thursday on the court action, but said the county is preparing a response.

Summonses issued for the mayor and commissioners dated Aug. 8 give them 30 days to answer the complaint or a default judgment will be granted for the board of elections.