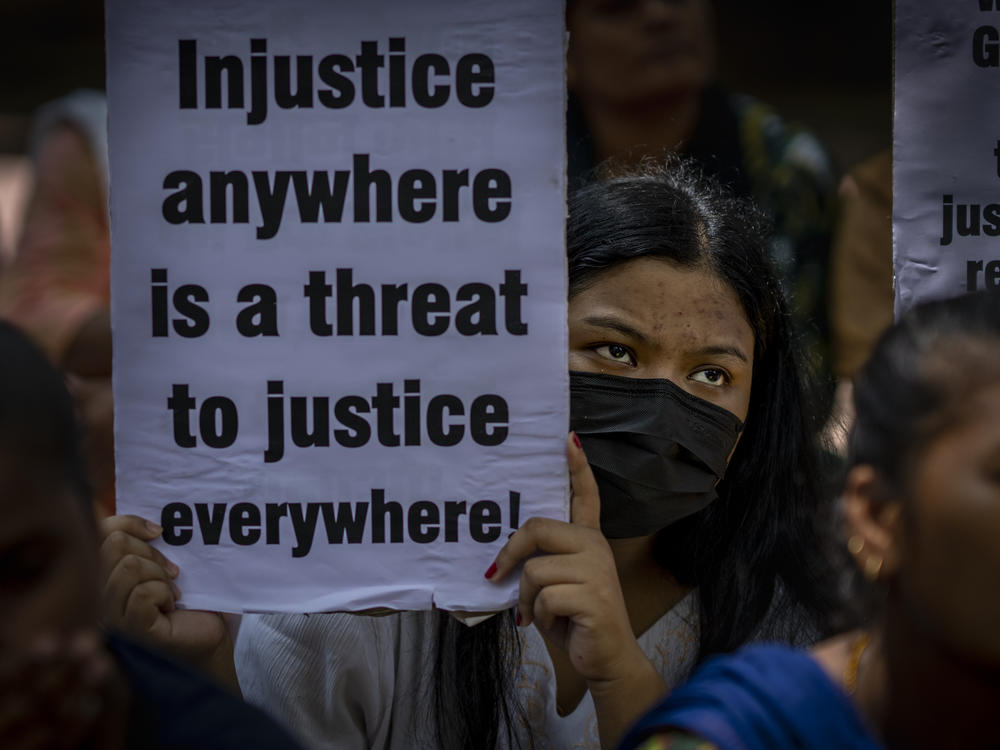 An activist holds a placard during a protest against remission of sentence by the government to convicts of a gang rape, in New Delhi, India, Thursday, Aug. 18, 2022. / AP

NEW DELHI — A Muslim woman who was gang raped while pregnant during India's devastating 2002 religious riots has appealed to the government to rescind its decision to free the 11 men who had been jailed for life for committing the crime, after they were released on suspended sentences.

The victim, who is now in her 40s, was pregnant when she was brutally gang raped in communal violence in 2002 in the western state of Gujarat, which saw over 1,000 people, mostly Muslims, killed in some of the worst religious riots India has experienced since its independence from Britain in 1947. Seven members of the woman's family, including her 3-year-old daughter, were also killed in the violence.

The 11 men, released on Monday when India celebrated 75 years of independence, were convicted in 2008 of rape, murder and unlawful assembly.

The victim said the decision by the Gujarat state government has left her numb and shaken her faith in justice.

"How can justice for a woman end like this? I trusted the highest courts in our land," she said in a statement late Wednesday, adding that no authorities reached out to her before making the decision. "Please undo this harm. Give me back my right to live without fear and in peace."

On Thursday, dozens of women protested against the release of the men in the capital, New Delhi. Maimoona Mollah of the All India Democratic Women's Association said they are demanding the state to roll back its decision.

"(The victim) and other survivors should be allowed to live in peace and dignity," Mollah said.

Raj Kumar, additional chief secretary in Gujarat, where Prime Minister Narendra Modi's Bharatiya Janata Party holds power, told the Indian Express newspaper that the convicts' application for remission was granted because they had completed more than 14 years in jail. A state government panel made the decision after considering other factors like their age and behavior in prison.

Kumar said the men were eligible under a 1992 remission policy that was in effect at the time of their conviction. A newer version adopted in 2014 by the federal government prohibits remission release for those convicted of certain crimes, including rape and murder.

The riots have long hounded Modi, who was Gujarat's top elected official at the time, amid allegations that authorities allowed and even encouraged the bloodshed. Modi has repeatedly denied having any role and the Supreme Court has said it found no evidence to prosecute him.

Videos on social media showing the men being welcomed with sweets and garlands after their release from prison went viral, triggering outrage and anger from women, rights activists and opposition politicians.

Vrinda Grover, a lawyer, called the decision a "travesty and grave miscarriage of justice," while speaking to India Today TV.

Opposition lawmaker Rahul Gandhi took aim at Modi on Twitter, questioning what kind of message it sent to women in India from a government that says it wants to empower women.

"The entire country is seeing the difference between your words and deeds," he wrote in Hindi. 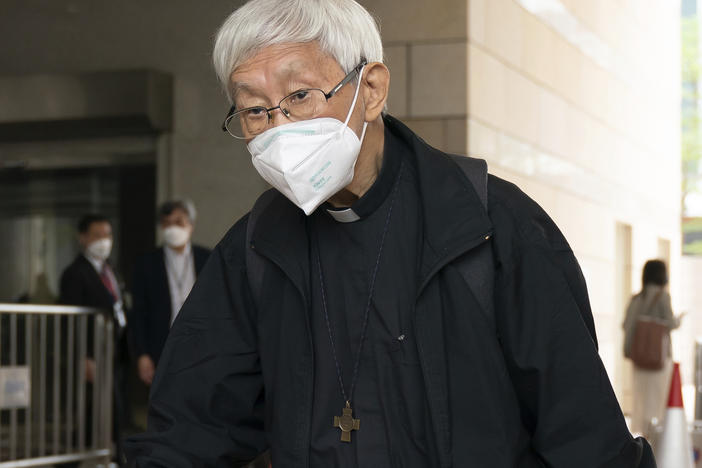 A 90-year-old Roman Catholic cardinal and five others were fined after being found guilty of failing to register a fund that aimed to help people arrested in widespread protests three years ago. 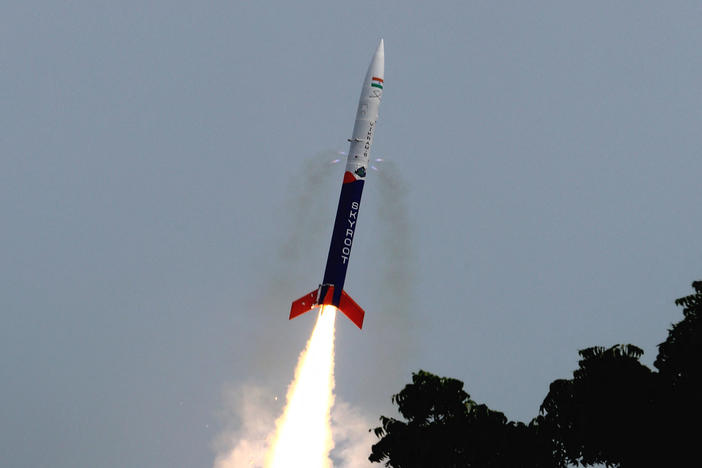 The launch is a milestone in India's effort to foster a private space industry. The rocket, made by Hyderabad-based Skyroot, was aloft for about five minutes and reached peak altitude of 55 miles. 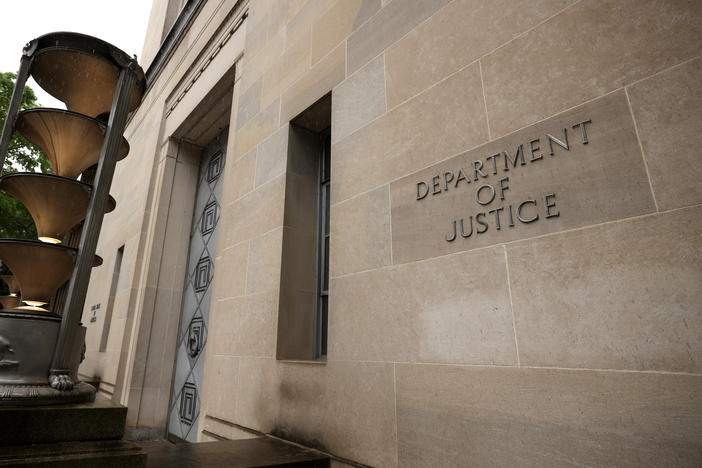 Yanjun Xu was convicted last November of economic espionage by a federal jury in Ohio.