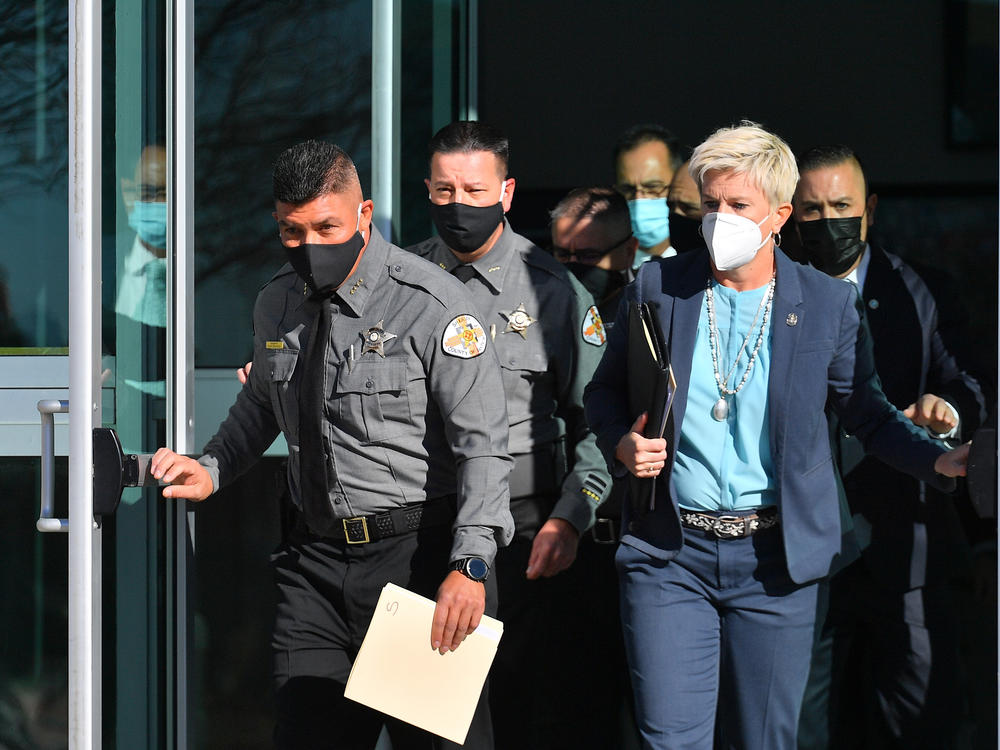 County and state officials exit the Santa Fe County Public Safety Building in New Mexico ahead of a news conference to update members of the media on the shooting accident on the set of the movie Rust.

For months, actor Alec Baldwin has said that he did not pull the trigger of a gun that fatally shot a crew member while they were filming in New Mexico. But new forensic evidence may tell a different story.

The FBI recently finished and sent a report to the Santa Fe County Sheriff's Office, which is handling the investigation. Officials found that the weapon, meant to be a prop, could not be fired without pulling the trigger.

Baldwin's lawyer called the FBI's findings "misconstrued," adding that the gun in question was in "poor condition," in a statement to NPR.

The investigation into the shooting is ongoing, and so far no one has been charged with any wrongdoing, according to the Santa Fe County Sheriff's Office.

What happened and Baldwin's response

The incident took place in October, while Baldwin was rehearsing a scene on Santa Fe's outskirts for an upcoming Western movie, Rust. At the time, the actor was practicing how to draw a revolver and point it at the camera. When the gun fired, a bullet struck and killed cinematographer Halyna Hutchins as well as injured the movie's director, Joel Souza.

The state medical examiner identified a gunshot wound in Hutchins' chest and ruled her death an accident, according to documents obtained by NPR.

In a prime-time interview with ABC News last winter, Baldwin denied claims that he pulled the trigger. "I would never point a gun at anyone and pull the trigger at them. Never," he said.

"Someone is responsible for what happened, and I can't say who that is," Baldwin added. "But I know it's not me."

A number of lawsuits are ongoing

After the fatal incident, Hutchins' family filed a wrongful death suit against Baldwin and the production company.

Others who were on set when Hutchins was killed, including the film's script supervisor, the lead camera operator and the production's main medic, have filed lawsuits over the trauma they went through.

Hannah Gutierrez-Reed, who was in charge of the film's firearms, has also filed a suit against an ammunition supplier for including live rounds in an ammunition box that allegedly was meant to include only prop ones.

Baldwin's lawyers have also filed an arbitration against the production company, arguing that the actor's contract includes language that protects him from any costs or claims against him. They are also seeking coverage for his legal fees.

A spokesperson for the state bureau told NPR that the company has been cooperative but has yet to pay the fine.

What the latest forensic report shows and what's next

According to the FBI report, the gun in question "could not be made to fire without a pull of the trigger" while the hammer was cocked at the one-fourth and half positions.

The ballistic analysis also found that the weapon "could not be made to fire without a pull of the trigger while the working internal components were intact and functional" when it was fully cocked.

"He was told by the person in charge of safety on the set that the gun was 'cold' and believed the gun was safe," said Baldwin's attorney Luke Nikas, adding that Baldwin was not aware of the unsafe conditions on set.

Gutierrez-Reed's lawyer, Jason Bowles, told NPR in a statement, "The newly released FBI reports show the revolver was in good working order and that Baldwin had to have pulled the trigger to fire the revolver, directly contradicting his prior statements."

Bowles said Baldwin "ignored" Gutierrez-Reed's request to do cross-draw training, which would have forbade pointing a weapon at anyone or having his finger on the trigger during the cross draw.

The Santa Fe County Sheriff's Office told NPR that detectives are still waiting to receive and review phone records. Once that's done, the case file will be forwarded to the district attorney for review and final charging decisions. 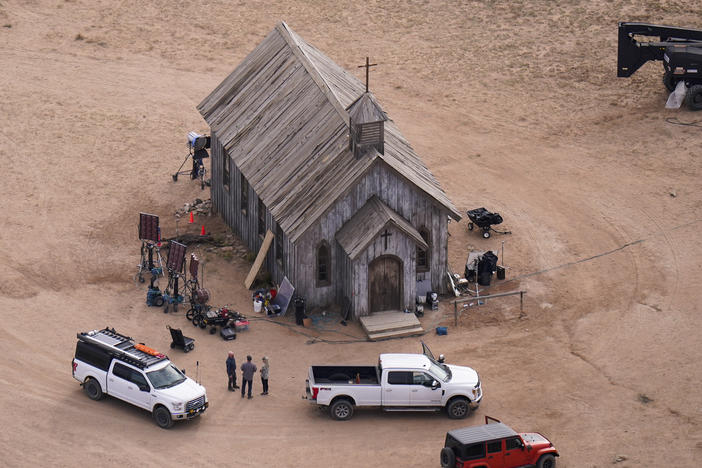 It's been nearly nine months since Alec Baldwin fatally shot cinematographer Halyna Hutchins with a gun meant to be used as a prop. They were part of a crew in New Mexico filming the Western Rust.

Alec Baldwin argues he's not liable for Hutchins' death, in filing against producers

The arbitration demand provides the fullest accounting yet of the accidental shooting of cinematographer Halyna Hutchins from Baldwin's perspective.