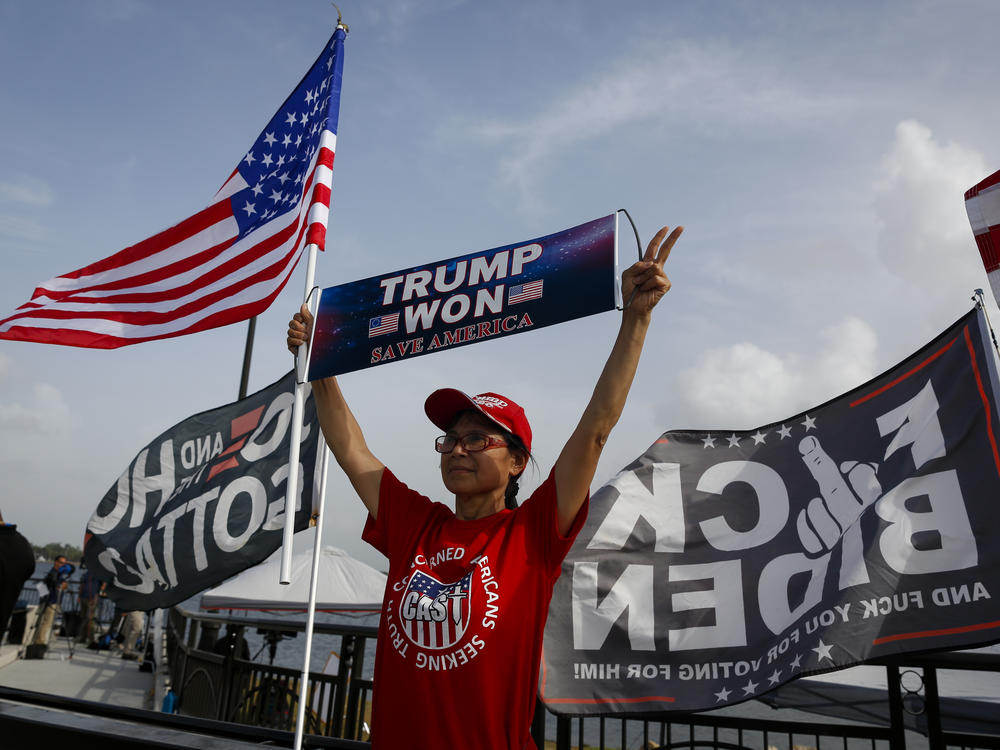 Supporters of former US President Donald Trump outside Mar-A-Lago in Palm Beach, Florida, US, on Tuesday, Aug. 9, 2022. Donald Trump faces intensifying legal and political pressure after FBI agents searched his Florida home in a probe of whether he took classified documents from the White House when he left office, casting a shadow on his possible run for the presidency in 2024.

PALM BEACH, Fla. — A day after the FBI executed a search warrant and removed documents from Mar-a-Lago, supporters gathered Tuesday near former President Donald Trump's Florida residence. On Monday, in the hours after Trump revealed that federal agents had conducted what he called a "raid" of the private club where he lives part-time, supporters began gathering on the causeway linking Palm Beach with the mainland. Some stayed overnight in RV's or trucks.

On Tuesday, a handful of supporters, many wearing MAGA hats, waved U.S. and Trump flags, and received honks of support from passing motorists. Erica Huang drove from Orlando and spent the night on the causeway. She said, "I wanted to support Trump who's in a dark time." Huang, who is originally from China said she knocked on 3,000 doors canvassing for Trump in the 2020 election. "He's rescuing our country," she said. "We love him."

West Palm Beach resident Larry Moore arrived on the causeway Tuesday morning "to see the crowd and to show my support" for the former President. Moore said he was outraged by the FBI's search of the former President's Florida home. "This is unprecedented in the history of our country that the Biden administration is doing this. And if Biden claims he didn't know about any of this, I can't believe it." White House officials say they were unaware that the FBI was searching Mar-a-Lago. The FBI director, Christopher Wray, was appointed by Trump in 2017.

Moore believes this action makes it more likely than ever that Trump will run for President once again in 2024. "They're forcing his hand and he has to run," Moore said. "They're doing this and throwing it in his face. I think they've backed him into a corner." If he does run in, Moore says, he'll vote for Trump. 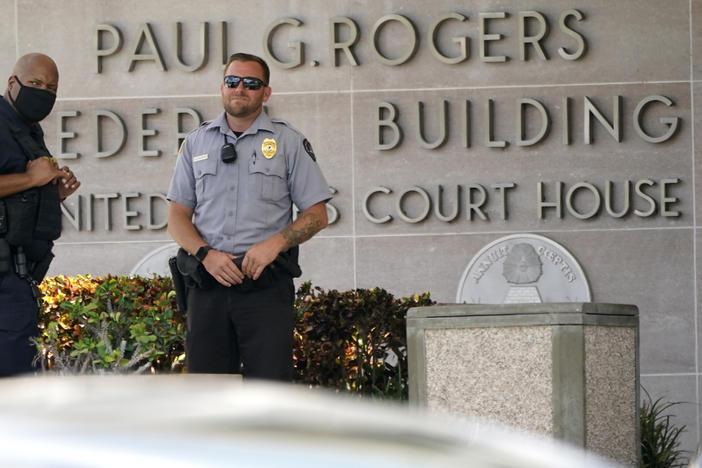 A judge has granted Donald Trump's request for an independent review of materials seized from Mar-a-Lago. A special master says that the primary qualification is remaining neutral, which isn't easy. 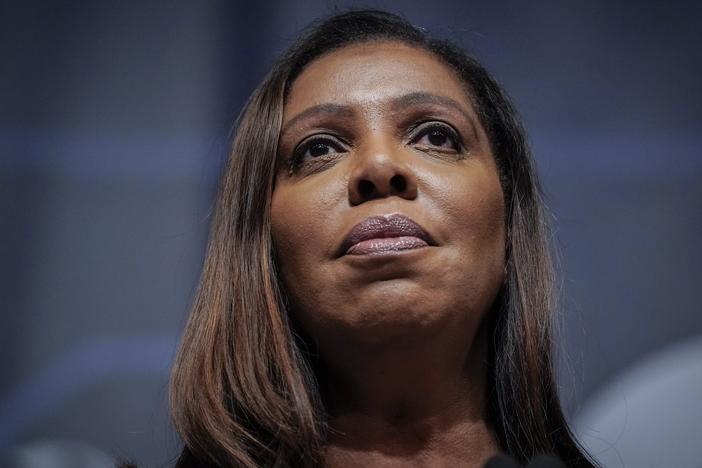 AG Letitia James is seeking $250 million in damages and to bar Trump and his children from conducting business in New York state, where they built their fortune. 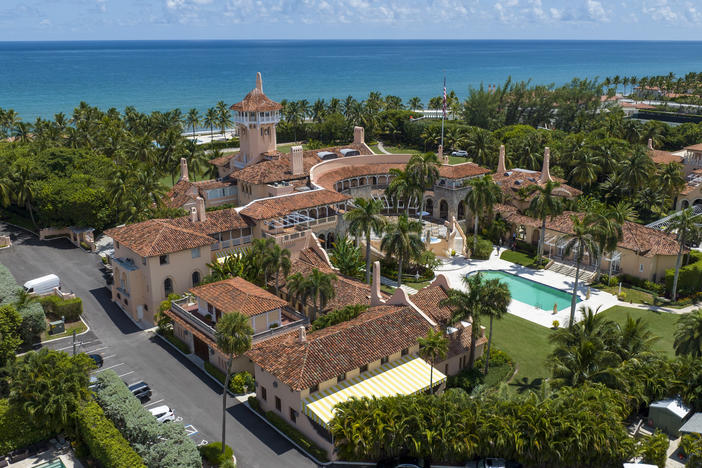 Justice Dept. and Trump lawyers dispute how the Mar-a-Lago special master should work

Late Friday, lawyers for former President Trump and the Department of Justice released different names for who they would want to review documents found in the court-authorized search of Trump's club.