China's military drills around Taiwan show how it is closing the gap with the U.S. 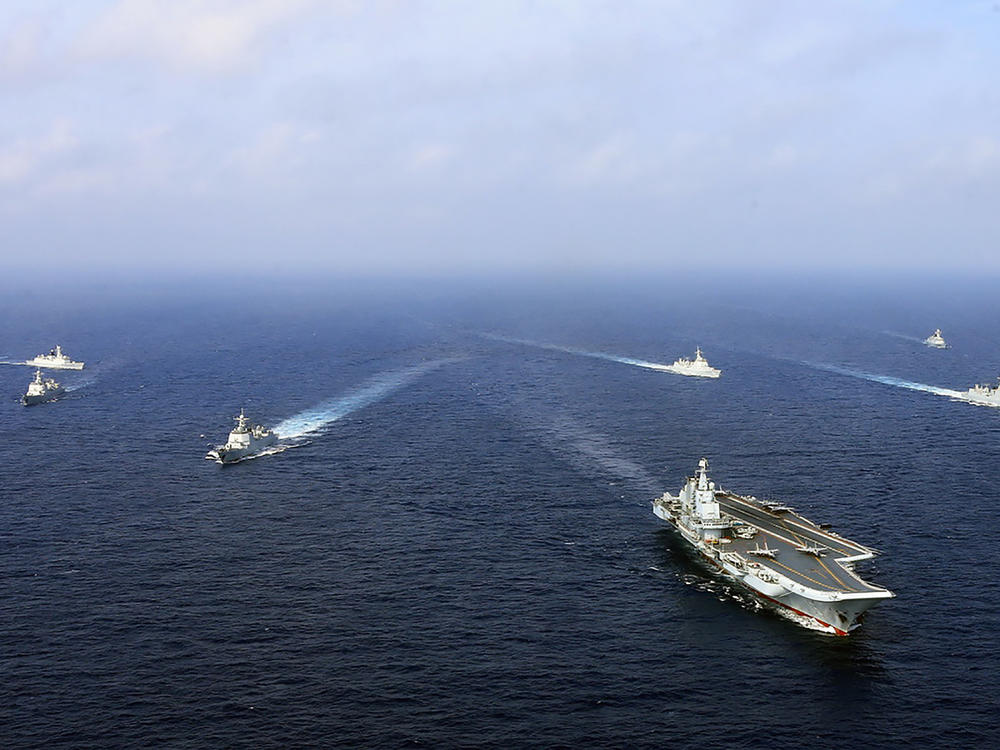 An April 2018 photo provided by the Chinese government shows the country's first aircraft carrier, the Liaoning (front), steaming with other ships during a drill at sea. / AFP via Getty Images

As Beijing conducts military drills around Taiwan in the wake of a controversial visit to the island by House Speaker Nancy Pelosi, it brings to bear much more potent naval, air force and missile capabilities than those it fielded a quarter-century ago during the last major crisis over the self-governed island.

The military exercises, which began hours after Pelosi departed on Wednesday and are expected to continue into the weekend, serve as a stark reminder of just how far China's military has come since 1995-1996, when Beijing fired salvos of missile near Taiwan and conducted naval exercises, including amphibious operations of the kind that would be necessary for a full-scale invasion of the island.

At the time, China's military "was more from the 70s, early 80s" in terms of capability and modernization, says Anthony Cordesman, a national security analyst with the Center for Strategic and International Studies. It was "ineffective as a fighting force," he says.

No longer, experts say. China's navy has gone from essentially a coastal patrol force to a fleet that includes aircraft carriers and submarines and is capable of operations far from the mainland. Its warplanes, while not quite as capable as the latest U.S. models, are not far behind them. 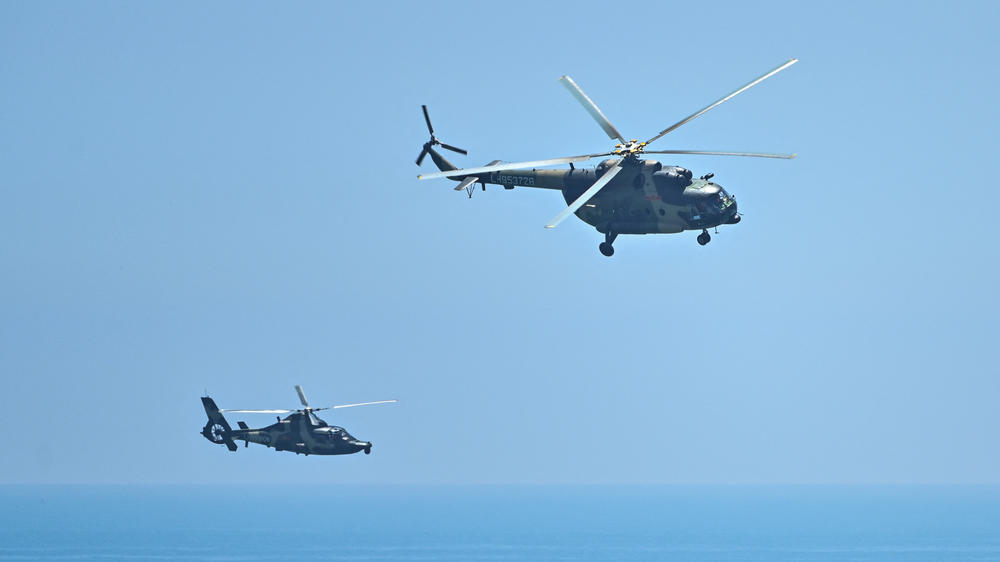 China's current generation of warplanes are still based on Soviet designs, primarily the Su-27 and its successor, the Su-35, from the 1970s and 1980s, says Robert Haddick, a visiting senior fellow at the Mitchell Institute for Aerospace Studies and author of Fire on the Water: China, America, and the Future of the Pacific. "But they've been upgraded, upgraded, upgraded over all this period of time," he says.

"The Su-35 is roughly equivalent to the U.S. Air Force's F-15E Strike Eagle aircraft" and can carry a variety of anti-ship and land attack weapons in addition to air-to-air capability, Haddick says.

The planes have better avionics, radar and weapons than their Soviet-era counterparts, says Lonnie Henley, a retired intelligence officer and lecturer at George Washington University's Elliot School of International Affairs.

He says a small number of more sophisticated planes that China claims have stealth capability, and are also reportedly ready to fly. "They look like a stealth fighter," he says, but acknowledges that it's hard to say at this point whether they come close to matching the reduced radar signature of planes such as NATO's F-35. 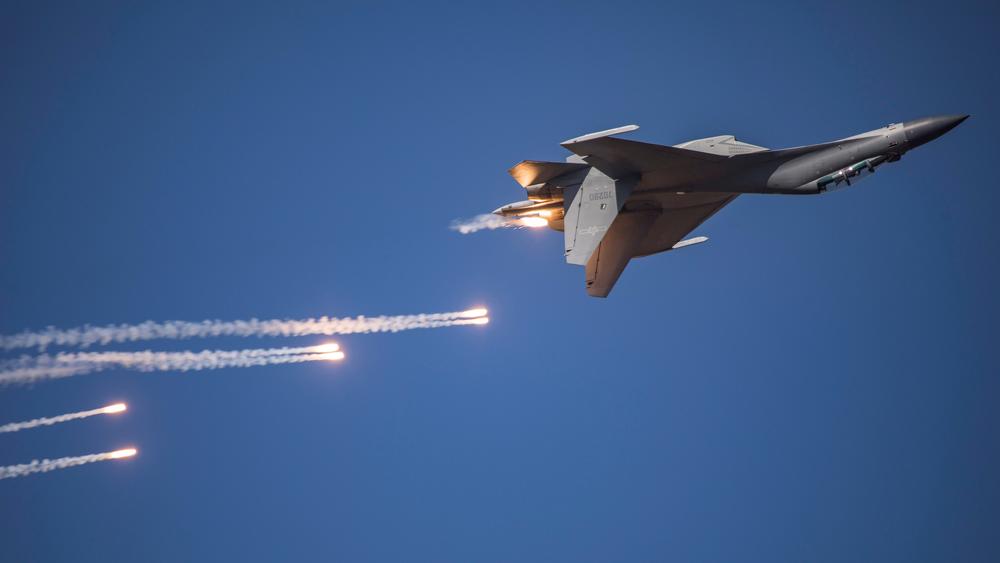 China's gains make it a growing threat to U.S. operations in the Pacific

Meanwhile, China's anti-ship cruise missiles "are more capable than those of the United States [and] more numerous," according to Haddick.

"Now they pose a grave threat to U.S. naval operations west of Guam," where a major U.S. naval base is located, he says.

In the event of a shooting war, U.S. surface ships, including its aircraft carriers, could find themselves in the cross hairs, he says. The same is true for China's aircraft carriers, two of which are currently considered "combat ready" with a third still being fitted out.

"They are smaller carriers" compared to the U.S. behemoths, Haddick says. But unlike the U.S., China is not trying to project naval power globally. At least not yet, he says. The aircraft carriers "are not designed to reach out to the United States," according to Haddick, but "if you combine them with the deployments [China has] made on islands in the Pacific, they certainly represent a capability that is a threat."

Beijing's Type 055 destroyer, "the largest surface combatant currently being built in the world," is being compared with its U.S. and British counterparts.

Michael O'Hanlon, a senior fellow at the Brookings Institution, says China's sub-surface capabilities are also a concern for U.S. war planners. "Their diesel submarine fleet has come a long ways," he says, acknowledging that it's "not as good in the open ocean as our capability because it's not primarily a nuclear-powered fleet."

"But for the noisy waters of the western Pacific not too far from home territory," O'Hanlon says, the subs "would definitely be one of their big aces in the hole."

China is near even with the U.S. when it comes to cyber and space

China's space and cyber capabilities could also prove formidable in the event of war, O'Hanlon says. "Their ability to interfere with our space operations, their ability to target using their own space capabilities and certainly their cyber war capabilities are all, I would say, only a half level below ours and capable of causing some pretty serious problem."

Still, China hasn't been involved in a shooting war since 1979, when it clashed with Vietnam. It's troops aren't battle tested.

"One never knows until action actually occurs whether the training program was so adequate or not," Haddick says. "And so it remains a mystery even to the Chinese themselves, I'm sure." 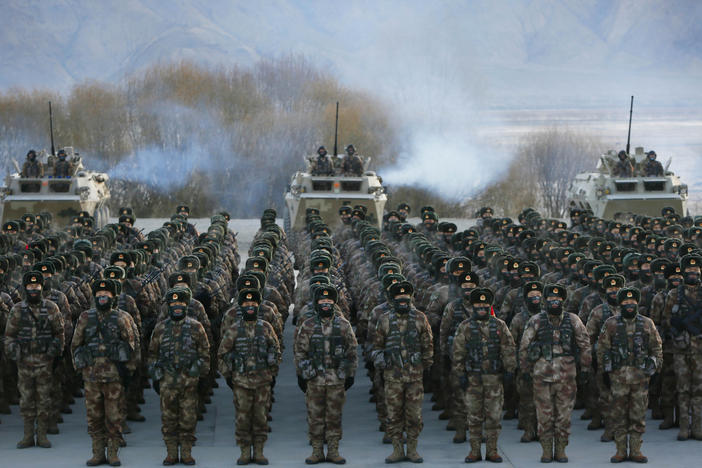 The Pacific Deterrence Initiative aims to beef up the military in the Pacific and work more closely with partners and allies. But some experts are cautious about inflating the Chinese threat. 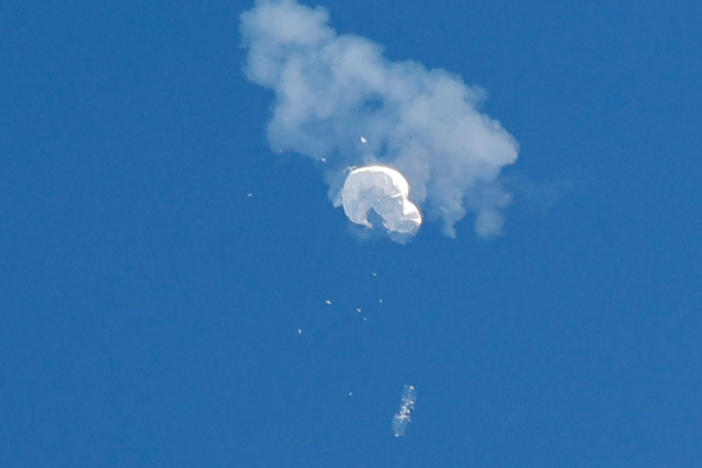 This wasn't the first Chinese balloon over the U.S. Why were the others ignored?

Chinese surveillance balloons have flown over the U.S. at least four times in recent years. But the U.S. didn't learn about these cases until the intelligence community discovered them afterwards. 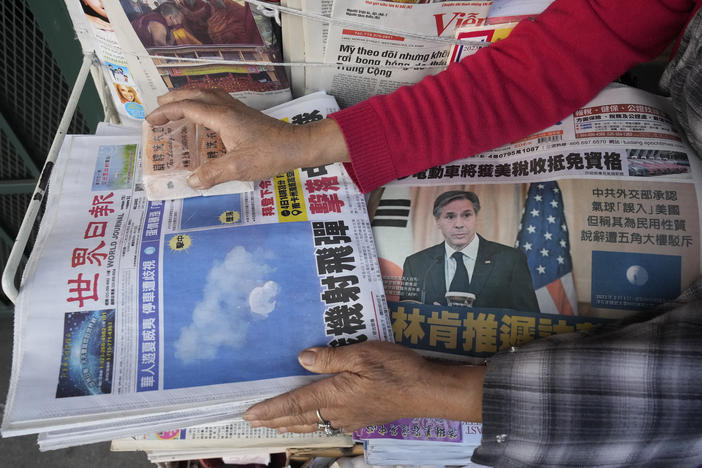 China accuses the U.S. of indiscriminate use of force in shooting down of balloon

China on Monday accused the United States of indiscriminate use of force when the American military shot down a suspected Chinese spy balloon over the weekend.