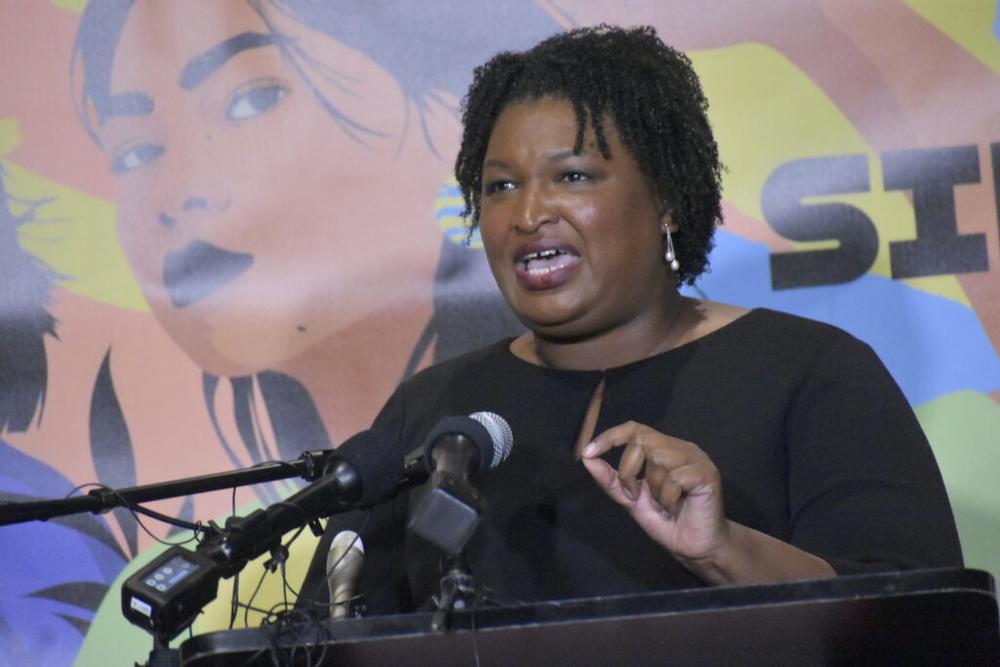 Democrat Stacey Abrams is locked in a rematch with now-Republican Gov. Brian Kemp.

The state’s Government Transparency and Campaign Finance Commission advanced the investigation into the New Georgia Project and New Georgia Project Action Fund following Monday’s preliminary hearing. The nonprofits are accused of skirting financial disclosure laws by spending money on campaign flyers and election canvassing, which would have required them to file reports with the commission on $4.2 million in contributions and $3 million of expenses between 2017 and 2019.

Attorneys representing the voting rights advocacy groups said Monday the organizations’ behavior was typical of other nonprofits and the ethics agency’s investigations failed to prove that organizations intended to influence voters.

Monday marked the latest development in the wide-ranging investigation into Abrams by a Republican majority board that can levy a large fine after finding reasonable grounds that the voting advocacy groups violated law. Abrams’ camp has characterized the probes as a politically motivated as she heads into a November’s election against GOP Gov. Brian Kemp.

The bank records of two organizations were obtained through subpoenas in late 2019. The investigation began soon after the ethics commission hired former Douglas County prosecutor and Kemp donor David Emadi to serve as its executive secretary.

Among the expenses was $36,000 paid to a printing company to produce doorknockers listing a slate of Democratic candidates to vote for in 2018.

And the action fund should’ve reported $4.2 million in 2018, a time when canvassers were paid to encourage people to vote for Abrams, the complaint alleges.

More than 500,000 Georgia voters have been registered since Abrams launched the New Georgia Project in 2014. The affiliated nonprofits pursue a mission to spur voter engagement and protect voters’ rights. The organization mainly focuses on underrepresented and historically disadvantaged eligible voters, especially with Black, Latino, Asian-American and younger people.

“They’re not run for the primary purpose of electing or nominating candidates to office,” said Aria C. Branch, the group’s attorney.

Branch, however, said the canvassing was part of an agreement to contract their staff with an independent committee.

The action fund reimbursed the costs of canvassers who were initially paid out of the New Georgia account.  The nonprofits were engaged in activities similar to a museum having a gift shop or renting out space for weddings, Branch said.

“In this case, Georgia Project Action Fund has expertise in canvassing Black voters and underprivileged communities in Georgia and it was hired for that purpose,” she said.

“It’s our position that the bank records that have been obtained by the commission and that our amended complaint actually corroborate the vendor relationship and that vendors are not required by law to register or report as independent or campaign committees,” Branch said.

Some commissioners said that while they voted to proceed beyond the preliminary hearing stage, they had questions about the ethics commission wading into agreements like typical business subcontracts. The shift from a charitable organization to campaign group also would mean that donors can’t remain anonymous.

“I share some of Commissioner (Rick) Thompson’s concerns about the slippery slope,” commission member David Burge said. “I think it’s an issue that’s going to have to be vetted more thoroughly in a different forum.”

Branch said that affiliated nonprofits often share staff and office space but are treated as separate entities under law.

“There’s nothing that is problematic about those reimbursements having taken place, it’s really for administrative convenience when you’re running affiliated nonprofits,” she said.