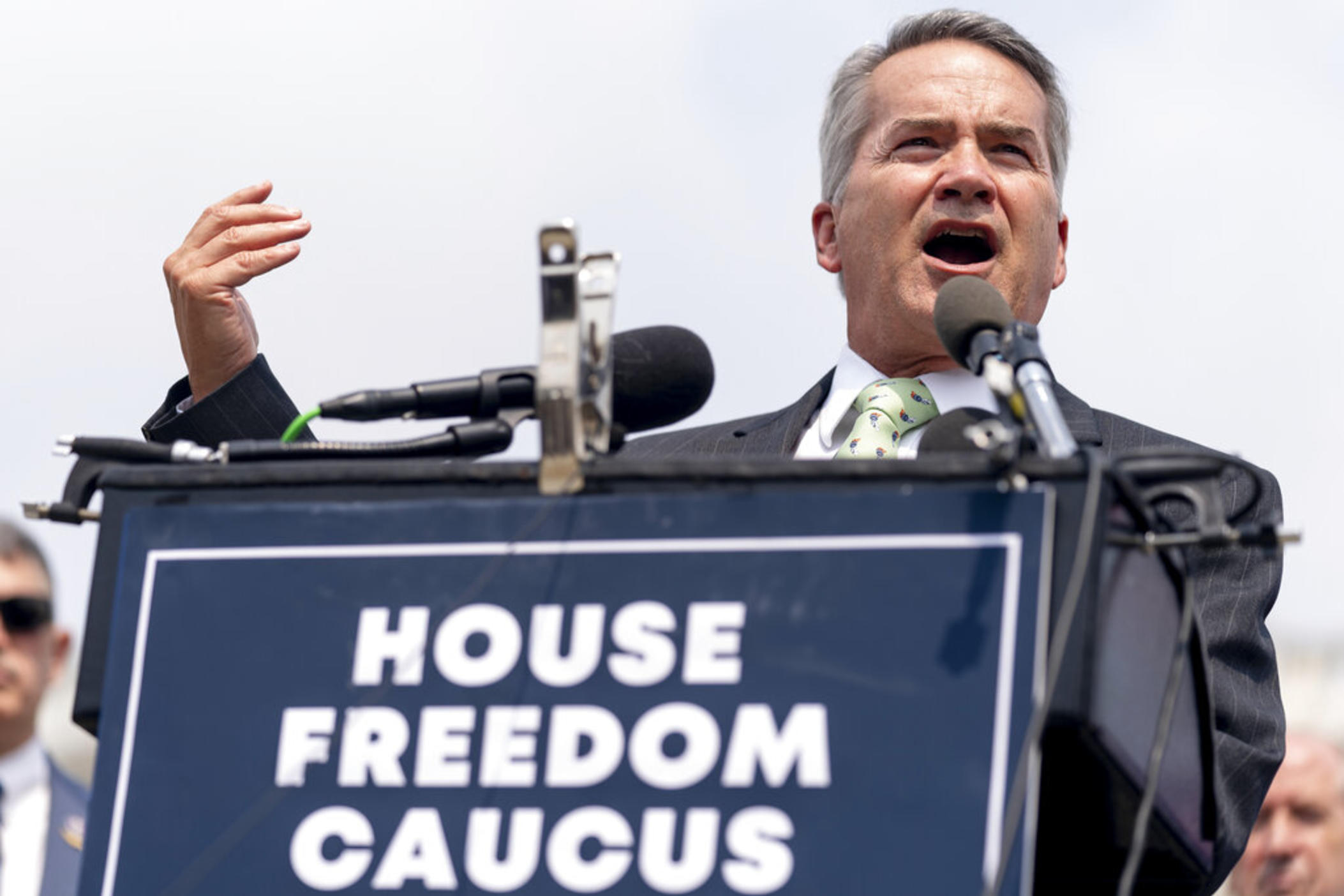 Caption
Rep. Jody Hice, R-Ga., speaks at a news conference held by members of the House Freedom Caucus on Capitol Hill in Washington on July 29, 2021. Hice has been subpoenaed to testify before a special grand jury that is investigating whether former President Donald Trump and others illegally tried to interfere in the 2020 election in Georgia.
Credit: AP Photo/Andrew Harnik, File

Republican U.S. Rep. Jody Hice of Georgia is fighting a subpoena seeking to have him testify before a special grand jury that is investigating whether former President Donald Trump and others illegally tried to interfere in the 2020 election in the state.

The subpoena, which Hice received on June 29, orders him to appear before the special grand jury in Atlanta on Tuesday, his lawyer said in a court filing. Hice on Monday filed a motion to quash the subpoena in federal court in Atlanta.

Any discussions Hice had as he investigated “alleged irregularities” in the election were within his authority as a member of Congress and are shielded by the U.S. Constitution from any legal proceedings and inquiry, his lawyer wrote in the filing. High-ranking officials, such as members of Congress, also should not be called as witnesses unless the information that they could provide cannot be obtained from another source, the filing says.

Hice is trying to have his challenge to the subpoena heard in federal court rather than before the Fulton County Superior Court judge who's overseeing the special grand jury.

Fulton County District Attorney Fani Willis opened an investigation early last year into whether Trump and his allies committed any crimes as they sought to overturn his narrow election loss in the state. A special grand jury with subpoena power was seated in May at her request.

A number of top Republican state officials — including Secretary of State Brad Raffensperger and Attorney General Chris Carr — have already testified before the special grand jury. Gov. Brian Kemp is set to give a sworn recorded statement on July 25.

Hice, who will leave office in January after an unsuccessful bid to unseat Raffensperger, was one of several GOP lawmakers who attended a December 2020 meeting at the White House in which Trump allies discussed various ways to overturn Joe Biden’s electoral win. Hice joined other members of the House Freedom Caucus, a conservative wing of the chamber, in the hourslong meeting to discuss with then-White House chief of staff Mark Meadows two specific strategies to subvert the election results.

The first was an effort to appoint an alternate slate of electors who would falsely declare Trump was the winner in seven battleground states won by Biden. The second was a plan to ramp up a pressure campaign against then-Vice President Mike Pence to disregard the true electoral votes from those seven states when he presided over the ceremonial certification process on Jan. 6, 2021.

Cassidy Hutchinson, a former aide to Meadows, revealed the details of the White House meeting to the House committee investigating the Jan. 6 insurrection at the U.S. Capitol.

Graham has a hearing scheduled in federal court in South Carolina later this week to try to fight Willis’ attempt to get him to testify.

Willis, a Democrat, has indicated that she's interested in the actions of the group of 16 Georgia Republicans who, acting as an alternate slate of electors, signed a certificate falsely stating that Trump had won the state when it was actually Biden who got the most votes. 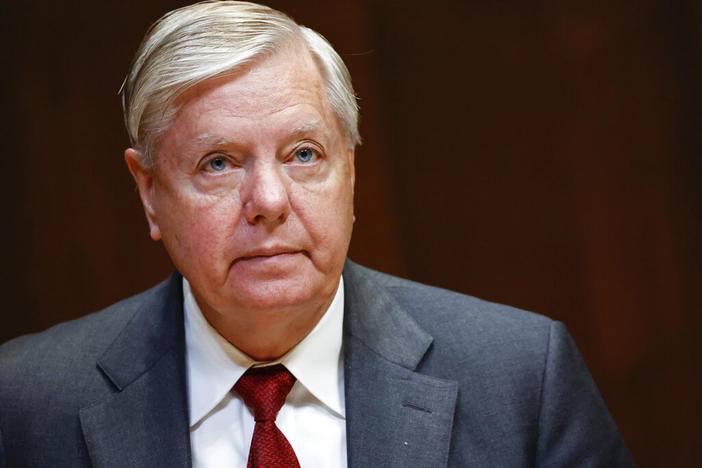 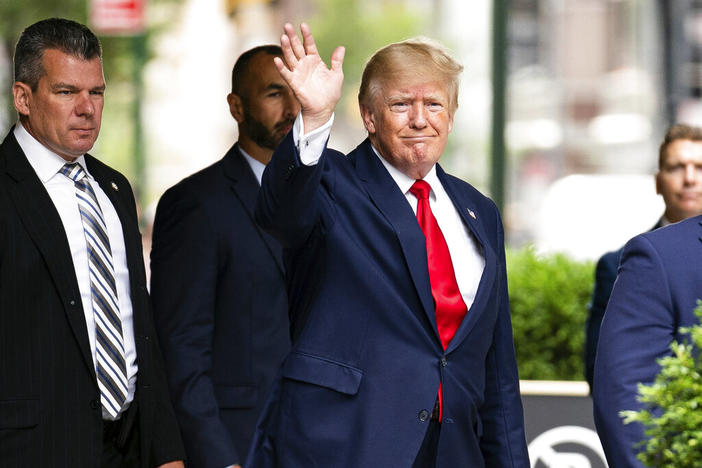 Donald Trump has hired a prominent Atlanta criminal defense attorney known for defending famous rappers to represent him in matters related to the special grand jury that's investigating whether the former president illegally tried to interfere with the 2020 election in Georgia. Drew Findling's clients have included Cardi B, Migos and Gucci Mane, as well as comedian Katt Williams. 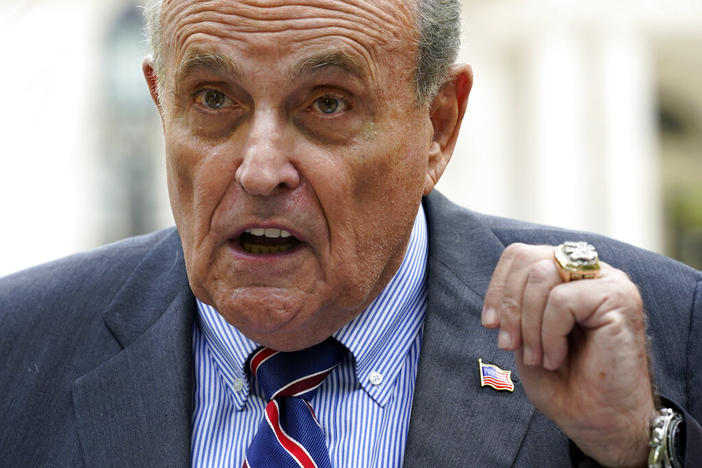 A lawyer for Rudy Giuliani says the former New York mayor will not appear as scheduled Tuesday before a special grand jury in Atlanta that's investigating whether former President Donald Trump and others illegally tried to interfere in the 2020 general election in Georgia.