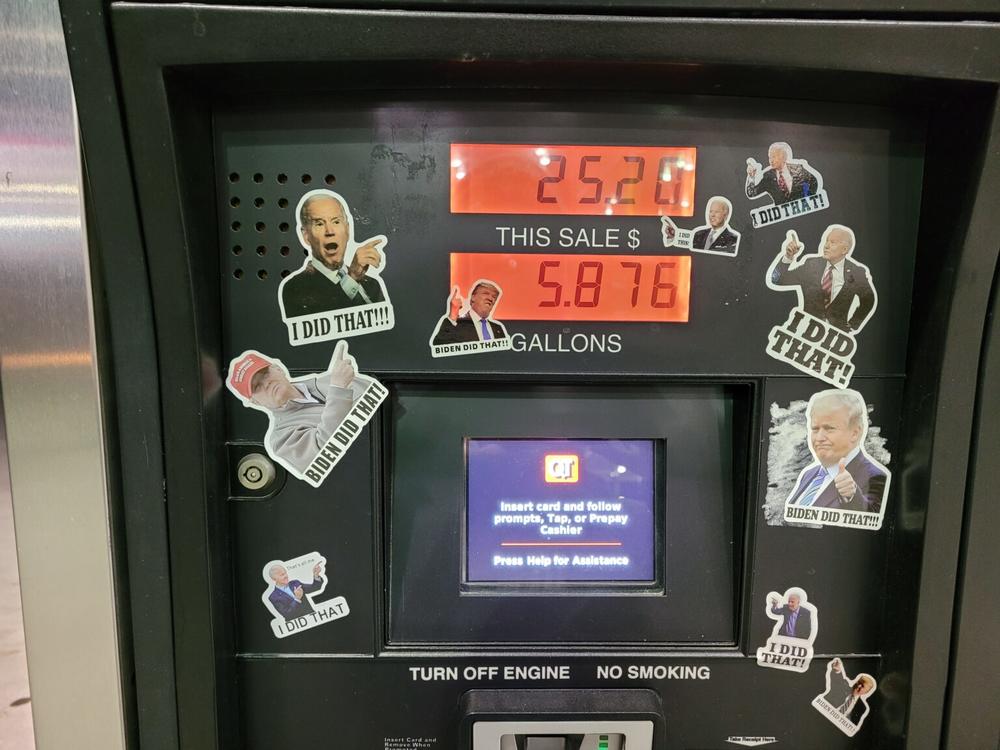 The gas station pump is now a major front in the 2022 elections in Georgia.

Many Georgians hitting the road for the Fourth of July travel season saw a familiar face at the gas station as Democratic gubernatorial candidate Stacey Abrams smiled from screens on over 5,500 gas pumps across the state.

Abrams’ campaign purchased ads on the pumps in an attempt to defang Gov. Brian Kemp’s messaging on high gas prices.

“Georgians are struggling with rising costs, but one candidate for governor has a plan to help,” says a male voice in the ad as footage plays of Abrams speaking with voters. “Stacey Abrams says no to tax increases, but she says that’s not enough. She’s also calling to suspend the gas tax through the end of 2022 to keep more money in your pocket.”

On March 18, Kemp signed a bill suspending the state’s fuel tax through May 31. He has since renewed it several times, most recently on July 1, and it is set to expire Aug. 13 unless renewed again. Abrams says Kemp should give Georgians the certainty of knowing the tax will be suspended at least through the end of the year.

“In March, I took decisive action to help those impacted by high prices at the pump,” Kemp said in a statement following the latest renewal. “Unfortunately, President Biden and Democratic leaders have not done their part to tackle this issue, instead calling on Americans facing record-high inflation to live more frugally. To provide actual relief to Georgians, I am once again extending the supply chain state of emergency and suspending our state motor fuel tax.”

Kemp is likely relishing the opportunity to thumb his nose at national Democrats each month, while taking steps he can argue will keep dollars in Georgians’ pockets, said University of Georgia political science professor Charles Bullock.

“What Republicans very much want to talk about right now would be the cost of groceries, cost of gas, prices in general,” he said. “What they don’t particularly want to talk about, at least in this state, would be things like abortion rights or Democratic allegations of voter suppression. Those are the kinds of issues the Democrats want to talk about, along with the expansion of Medicaid. So the inflation elements, Republicans think, will work for them, and they will link both Abrams, but also Warnock, to the Democratic administration, in essence, saying ‘if you want prices to stabilize, you don’t want to see continued inflation, you need to make sure that Republicans are in control of politics.’”

President Joe Biden’s disapproval rating is a historically dismal 56.3%, worse than any other modern president, according to data from FiveThirtyEight.

An ABC News/Ipsos poll found that 32% of Americans listed the economy, unemployment and jobs as their top issue, more than three times more than the second-highest priority, crime and corruption. At the same time, pollsters found only 37% of respondents approve of Biden’s handling of the economy.

Republican Senate nominee Herschel Walker is taking a similar tack to Kemp in his campaign against Democratic Sen. Raphael Warnock, seeking to tie the senator to the unpopular president.

In recent statements, Walker has blamed Warnock for voting against the Keystone XL pipeline and for allowing oil to be shipped overseas while prices are high in the U.S.

“Raphael Warnock voted four times to cancel the Keystone XL Pipeline, and Joe Biden just said that we need to deal with these high prices ‘as long as it takes,’” Walker said in a statement Tuesday. “As Sen. Warnock continues to enable Joe Biden, I have one question for him: are you willing to stand up to the extreme base of your party and support expanded domestic drilling including fracking and reopening the Keystone XL Pipeline?”

Warnock has pushed measures he says will help offset inflation for Georgians — including a suspension of the 18-cent federal gas tax, an idea now supported by Biden, but not by other elected Democrats — and price caps on drugs for seniors and insulin users.

Economists tend to point to a number of factors to explain recent high pump prices, including U.S. energy policy, but also geopolitical factors like the war in Ukraine and economic considerations like worldwide consumption increasing due to post-pandemic demand after production shrank during the height of the pandemic.

Presidents have little direct influence over pump prices, and senators and governors have even less, but that may not matter to voters, Bullock said.

“Most voters don’t have a bachelor’s degree, much less a doctorate in economics,” he said. “So the average voter can feel the pain, the pinching shoe, as it were, but not know exactly how to correct it. When the team is doing badly, what do you do? You fire the coach. Maybe there are lots of other reasons why the team is doing badly. But it’s a very dramatic thing to do, blame the current administration and put in the other team.”