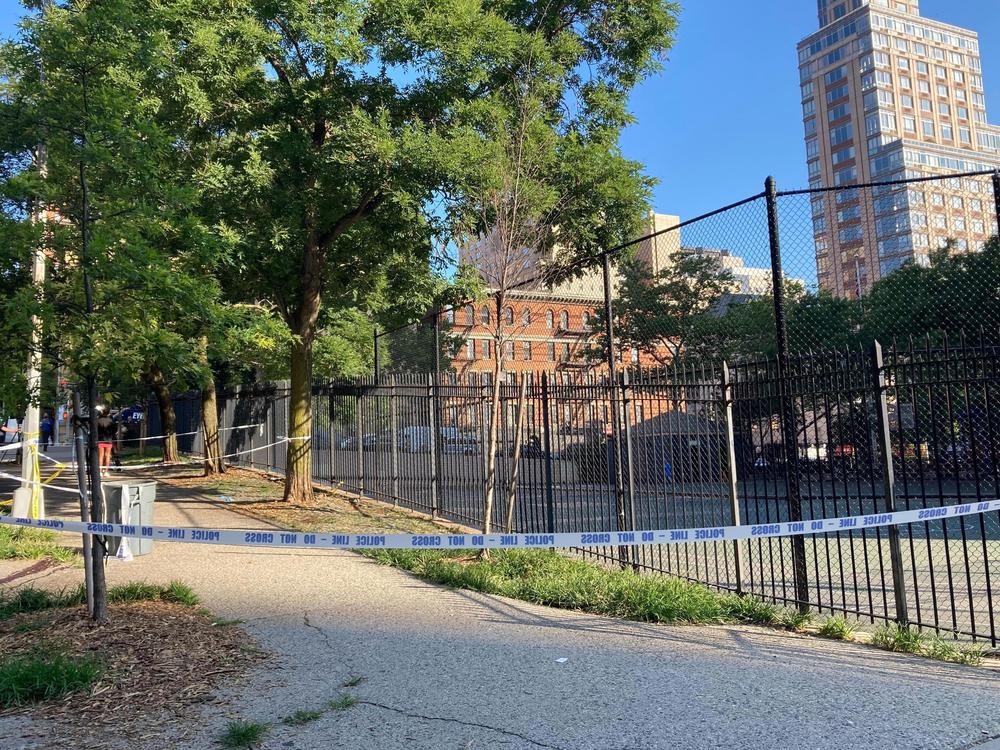 Crime scene tape surrounds the area on New York's Upper East Side, Thursday, June 30, 2022, where police say a 20-year-old woman was fatally shot Wednesday night while she pushed her infant in a stroller. / AP

A 20-year-old woman was shot in the head and killed Wednesday while pushing her infant in a stroller in New York City, according to police.

At about 8:23 p.m., the woman was walking with her 3-month-old in Manhattan, near the corner of East 95th Street and Lexington Avenue, when a man dressed in a black hoodie and black sweatpants shot her "from very close range," NYPD Commissioner Keechant Sewell said.

The man immediately fled on foot.

The woman was found unconscious and transported to the hospital. She was pronounced dead at 9:20 p.m., Sewell said.

No arrests have been made yet. Sewell was unable to confirm if the shooting was a domestic violence incident.

"This entire day, we have been addressing the problem of the over-proliferation of guns on our street, how readily accessible they are, and how there is just no fear in using these guns on innocent New Yorkers, and this is a result of that," Adams said.

A vigil was held for the victim at the site of the shooting Thursday.

Gun arrests are at a 28-year high in New York City. There were 2,007 gun arrests from January to May, a year-to-year increase of 84 arrests from the first five months of 2021, NYPD said. 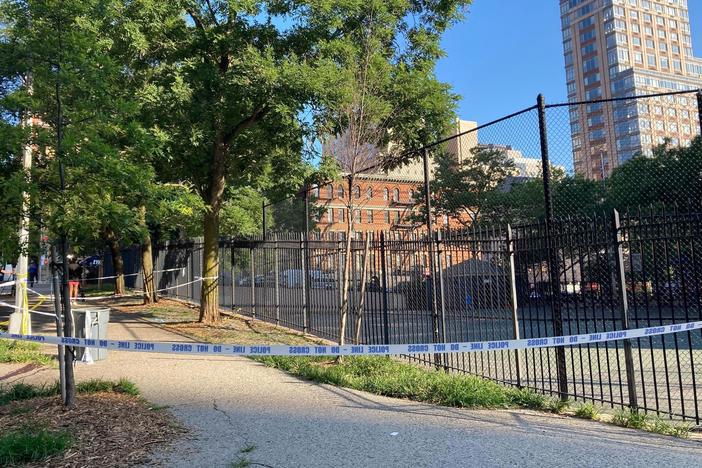 NYPD Police Commissioner Keechant Sewell was unable to confirm if the shooting was a domestic violence incident. 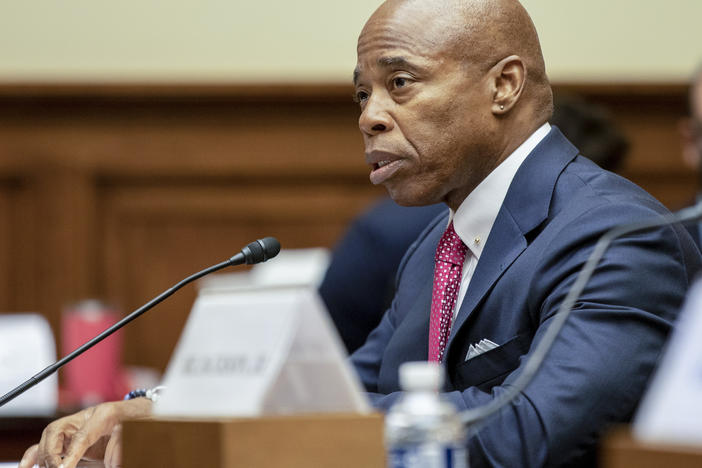 New York's mayor testified at a House committee hearing on gun control this week, urging federal lawmakers to act. He spoke to Morning Edition about the steps his city is taking. 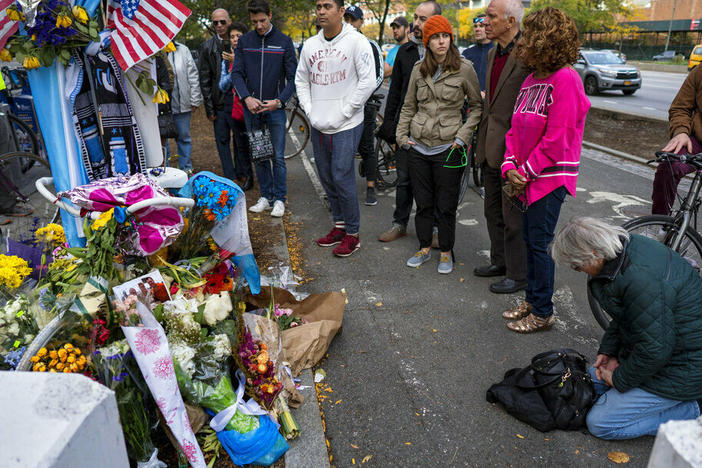 Sayfullo Saipov was found guilty of running down riders with a rental truck on a Manhattan bike path in 2017. Prosecutors said the Halloween attack was inspired by his reverence for the Islamic State.