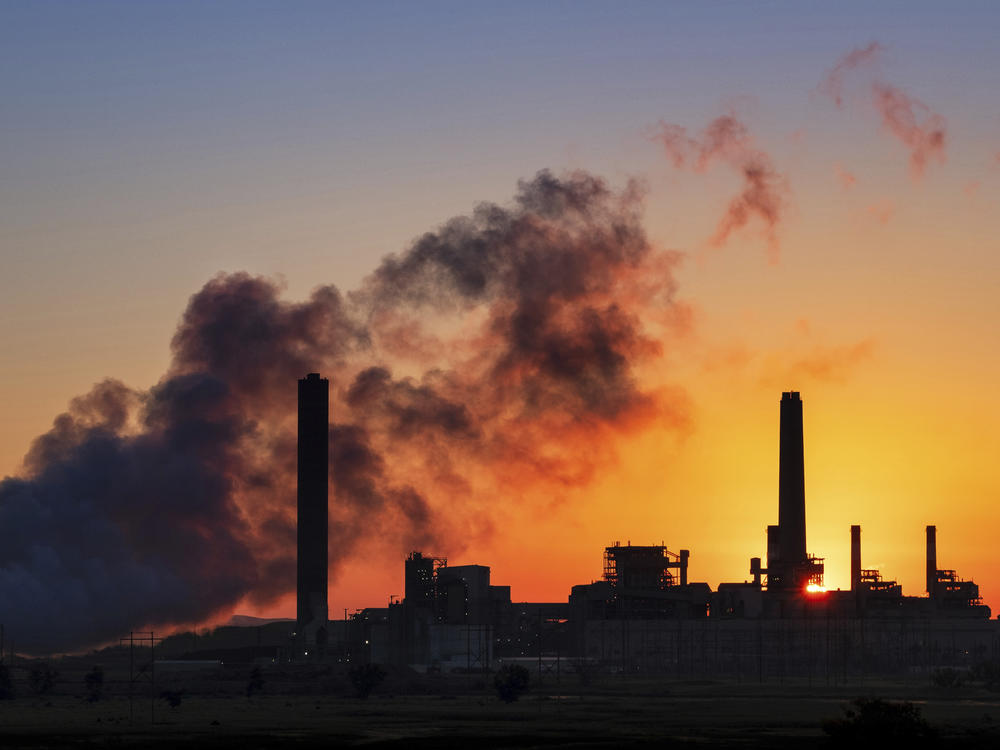 In this July 27, 2018 photo, the Dave Johnson coal-fired power plant is silhouetted against the morning sun in Glenrock, Wyo. / AP

That left the Obama White House to rely on the 1970 Clean Air Act in order to craft regulations that would reduce greenhouse gas emissions from power plants, currently the second most carbon-polluting sector in the country.

In its opinion in West Virginia v. the Environmental Protection Agency, the U.S. Supreme Court has now curbed what actions the Biden White House can take under that law.

"EPA claimed to discover an unheralded power representing a transformative expansion of its regulatory authority in the vague language of a long-extant, but rarely used, statute," wrote Chief Justice John Roberts in the majority opinion, which all six conservative justices joined. "That discovery allowed it to adopt a regulatory program that Congress had conspicuously declined to enact itself," he wrote.

In practical terms, the decision prevents the agency from setting carbon-emission limits as a way to force the entire power generation industry to move away from burning coal to other, less-polluting energy sources, as the Obama Administration had attempted to do with its Clean Power Plan.

While expected, "this was a significant blow" said Carol Browner, Director of the White House Office of Energy and Climate Change Policy during the Obama Administration. Being able to look across the entire grid and encourage cleaner electricity based on the best, cheapest sources available was a powerful tool to combat climate change, she said.

The decision is a win for coal-fired power plants and the fossil fuel producing states that brought the suit.

"I applaud the Supreme Court's decision today in West Virginia v. EPA," said West Virginia Governor Jim Justice in a statement. "This ruling in favor of West Virginia will stop unelected bureaucrats in Washington, D.C. from being able to unilaterally decarbonize our economy just because they feel like it," he continued.

How limiting is it

Changing how the U.S. makes electricity is still a major climate policy goal of the Biden Administration, even if the path to get to achieve it has narrowed.

Power generation is not only a major emitter itself, but making it more climate-friendly is key to lowering transportation and residential emissions, because electric appliances and vehicles will require low-carbon electricity in order to fulfill their promise, according to Vickie Patton, general counsel for the Environmental Defense Fund.

The timing is important, too. In order to reduce overall U.S. carbon emissions by 50% as of 2030, as the Biden Administration has pledged, electricity generation must slash its emissions even further, by 80% over the same timeframe, according to the Environmental Defense Fund.

While the courts have now limited how the EPA treats carbon dioxide from power plants, legal experts said they stopped short of closing off other means of lower emissions.

"The court restrained itself from saying, 'You can't do this and you can't do that,'" said Jody Freeman, Founding Director of the Harvard Law School Environmental Law and Policy Program. Options like co-firing coal with low-polluting fuels are still on the table, for example. The majority opinion also explicitly did not rule out a cap-and-trade system, which Freeman called, "the silver lining in the in the opinion."

Current regulators were already planning to work around the decision. EPA administrator Michael Regan said as much earlier this year, indicating that other limits on other pollutants could still steer power generation away from heavily polluting coal. "I don't believe we have to rely on any one regulation" to reduce greenhouse gas emissions from power plants, he said, according to E&E News.

"I think it will be helpful to EPA because it will likely establish the parameters under which they can regulate power plants," said Jeff Holmstead, a former administrator for the EPA during the George W. Bush Administration. That's as opposed to guessing where those parameters are and then fighting over them in court later.

Effects on other cases/climate impacts

The Justices also named the "major questions" doctrine in their decisions, which says that agencies cannot assume powers with such "vast" economic and political impacts unless expressly mentioned by Congress. That runs counter to long-standing precedent giving agencies latitude to define the terms of the statutes that authorize their actions.

"It's this very blunt instrument... that could chill an awful lot of regulation by not just the EPA but other agencies and climate policy," said Freeman.

The same "major questions" reasoning has popped up in other key climate cases as well, including arguments against regulating emissions from from vehicle tailpipes to weighing the "social cost of carbon" when making a regulatory decision.

Later this fall, the Supreme Court is expected to rule in Sackett v. EPA, a case which explores the question of what exactly are considered "waters of the U.S." That term, and how it's applied, are important because the Army Corps of Engineers and EPA use it when deciding what falls under their purview in the Clean Water Act. Both are also working on rules to refine the definition.

While technically about a parcel of marshy land in Idaho, the Justices ruling on that case could have a sweeping effect on how the government regulates pollution in bodies of water generally.

The WV v. EPA decision, said Tom Johnson, an attorney at Wiley Rein who filed an amicus brief on behalf of petitioners, could act as "tea leaves" for how the Supreme court is thinking about the waters of the U.S. case. 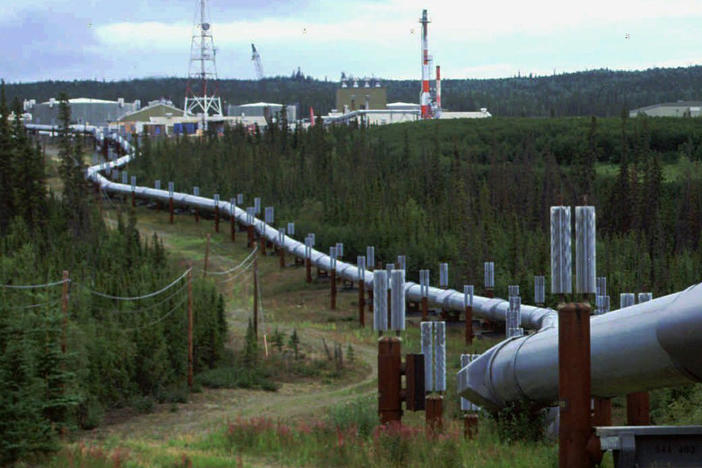 In a major expansion, proposed U.S. rules would apply not only to new oil and gas operations but also older ones. Methane is a potent greenhouse gas considered key to slowing global warming quickly. 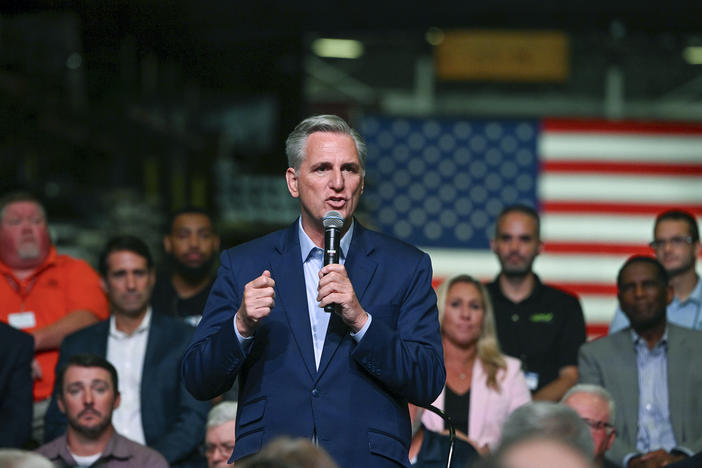 Republicans promise more oversight of billions of dollars meant to address climate change as they prepare to take control of the House. Climate advocates say the U.S. can still meet ambitious goals. 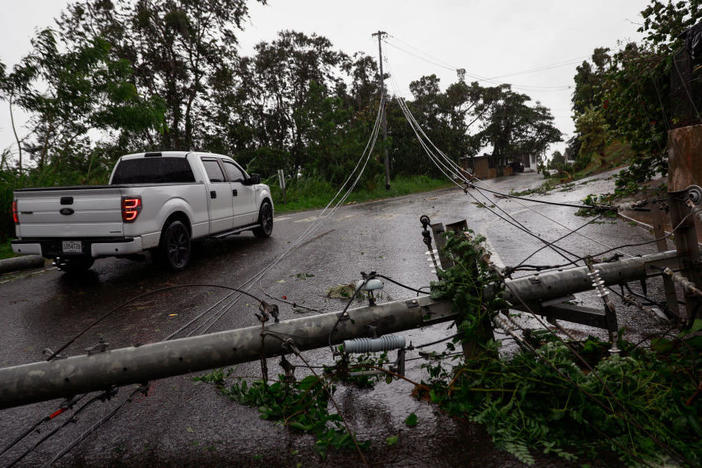 Puerto Rico is in the dark again, but solar companies see glimmers of hope

Around 50,000 solar and battery power systems have been installed on homes in Puerto Rico in recent years, and most seemed to continue working during Hurricane Fiona.