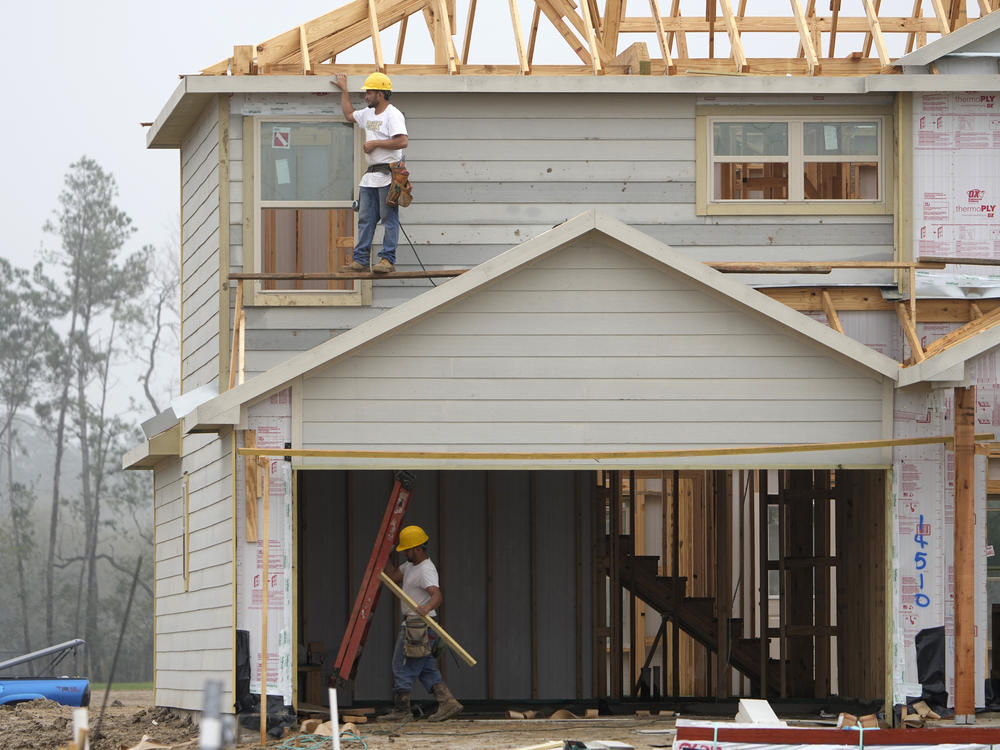 Mortgage rates have been rising sharply as supply chain delays have slowed construction. That has many people in a costly bind - some can't afford the house they agreed to buy 6 months ago. / AP

These days Ari Brooks is trying really hard not to think about mortgage rates.

"I try not to, because it gives me a lot of anxiety," she says. Brooks and her family live just outside Boise, Idaho, which has turned into one of the toughest places in the entire country to buy a house.

People have been moving there in droves, driving prices up 82% in just the past three years, according to data from the National Association of Realtors.

So after getting outbid again and again, she and her husband TR Brooks decided to buy a house from a homebuilder before it was built.

"It seemed very attractive in that there's no bidding war," he says. "There's a price you agree on. And it doesn't go up while you wait for it to be built." 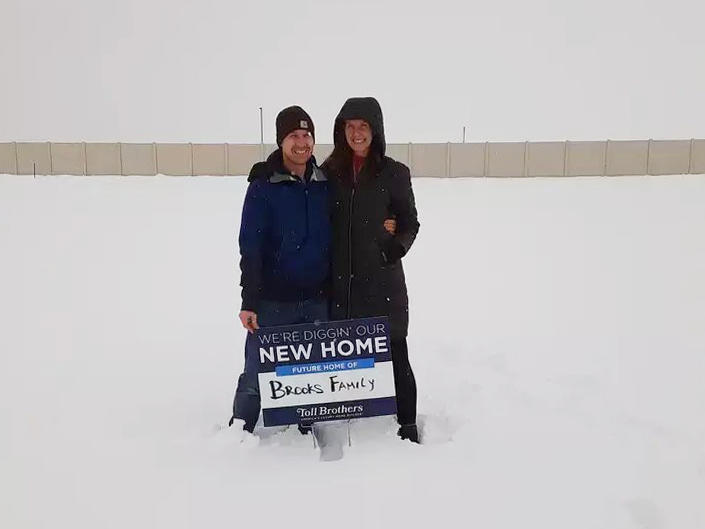 Ari and TR Brooks stood on the land where their new home would be built the day they agreed to buy it back in February of 2021. But the home is still not completed and mortgage rates have risen dramatically. / TR Brooks

But that was a year and a half ago. They thought it would take about 9 months for the house to be finished. But labor shortages and pandemic supply chain delays have kept builders waiting on everything from roof trusses to windows and doors. Meanwhile, interest rates have taken an enormous jump, from about 3% up to around 6%.

The couple is lucky that when rates started rising they locked in a mortgage rate for 11 months from the homebuilder's lending division. Most lenders don't even offer such long term rate locks.

But that expires in a few months, and their house still isn't finished. And if their rate lock expires, buying the house will get much more expensive with today's higher mortgage rates.

A lot of new construction homebuyers are getting hit with that price shock now.

"I mean this is real life stuff ," says Kenny Parcell, a realtor in Spanish Fork, Utah, who says he's working with young families facing the same situation. "[It's] the dream of homeownership and they're watching it go away."

Parcell says some of his clients signed contracts to buy homes, but now they can't qualify for a mortgage to buy the same house they could afford just six months ago.

"We've had 10 people we've been working with that are canceling," he says. "There's a lot of tears shed, you have real empathy for these people."

Parcell says families have put down deposits of $20,000 or $30,000 when they agreed to buy the house. Now they could lose that money.

"Some builders are willing to give that back ," Parcell says, because they view the situation as a hardship and figure they can sell the home for more money now anyway.

"Other builders said, sorry," he says. "It was non-refundable."

So he says people are scrambling, lawyering up to try to get the money back. Some are trying to borrow money from family members to help them buy the house.

NPR wants to hear from you if you're in this situation. Click here to tell us your story

Others are considering adjustable rate loans which have lower monthly payments, though with that comes the risk of higher payments down the road if rates keep rising.

Saving up for a bigger down-payment

Back in Boise, Ari and TR Brooks are in better shape. TR is a psychology professor. Ari is a social worker. So they have solid incomes and even if they do get hit with that much higher mortgage payment, they could still afford to buy the house. It would make money very tight though.

"We've got a kiddo in daycare full time," Ari says, adding that they're already feeling the higher cost of gas and groceries and the general inflation in the economy right now.

"We also have a car that's a bit of a time bomb," says her husband. "We have some expenses coming up."

Meanwhile, the couple has been saving up all they can for a bigger down payment, so they can borrow less money for their mortgage if they have to pay that much higher interest rate. 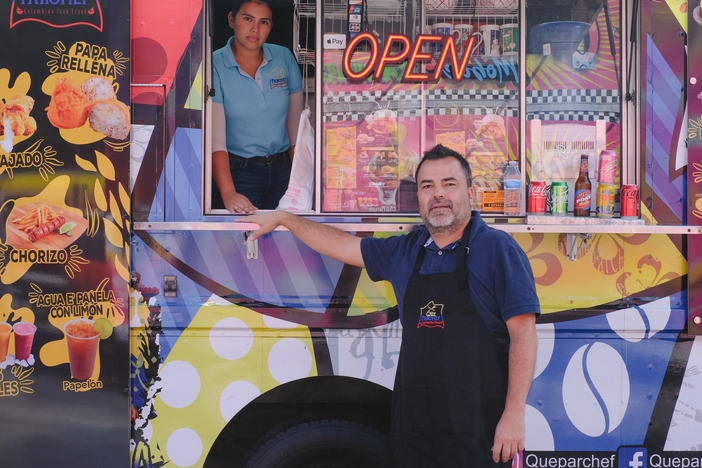 There's a high-stakes tug of war over new homes. Many people who signed contracts before houses were built now are scared to buy them. Builders don't want them to back out and are keeping deposits. 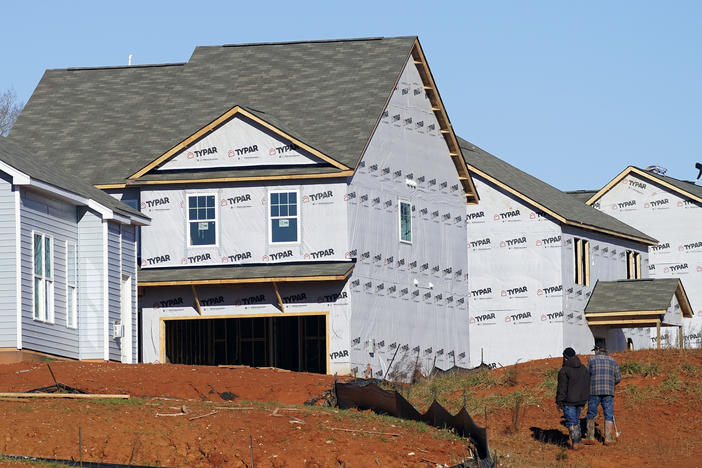 For first time homebuyers it was one of the hardest years ever to afford a house. But homeowners saw tremendous gains in housing wealth. 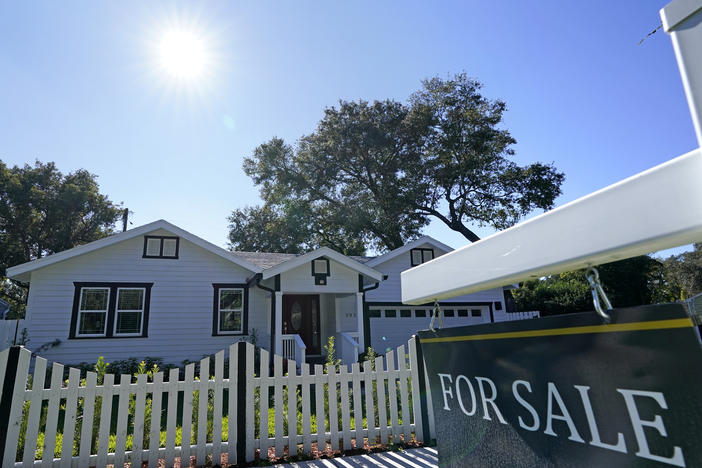 Buying a home gets even harder as mortgage rates top 7%

It's harder to afford homeownership than it's been in decades as a steep run-up in both prices during the pandemic and more recently interest rates hit buyers from both sides.