After the Supreme Court's decision overturning Roe v. Wade was announced on Friday, a visibly angry House Speaker Nancy Pelosi stepped before the cameras to rail against a decision that she described as devastating in its consequences and a first step toward criminalizing health freedom for women.

It was a defeat decades in the making, as abortion-rights supporters steadily lost ground in the federal courts and failed to halt reproductive restrictions that bubbled up at the state level.

"We took our eye off the ball," acknowledges Melissa Murray, a constitutional law professor at New York University School of Law. Murray, who teaches courses on family law and reproductive rights, says progressives responded inadequately to a well-coordinated effort by conservatives playing the "long game."

With abortion already banned in at least seven states and more than a dozen others expected to either prohibit or severely restrict the practice in the coming weeks, progressives are being forced to confront their missteps in the defense of Roe as they assess how to move forward on abortion rights and other issues in the wake of the court's landmark decision last week in Dobbs v. Jackson Women's Health Organization.

What occurred was "a failure to fight on a lot of different fronts," Murray says.

The overturning of Roe was, in large measure, the pinnacle of a methodical and highly effective conservative strategy patiently carried out over the past half-century. Murray points to the gradual stacking of the Supreme Court in favor of conservatives and state laws severely restricting abortion.

But equally important was "an inattentiveness to the lower federal courts" on the part of progressives — as these courts were routinely upholding state-level anti-abortion legislation, Murray says.

To that list, Murray adds an erosion of voting rights that made it more difficult for women of color — likely the group most affected by the reversal of Roe — to have a say at the ballot box.

Samuel Lau, a spokesperson for Planned Parenthood Federation of America, concurs. "Disenfranchising people, gerrymandering voters out of meaningful representation, confirming federal judges with records hostile to civil and reproductive rights, and instituting undemocratic voting restrictions is in large part how we arrived here — especially when you look at the erosion of abortion rights on the state levels," he says.

Progressive groups largely failed to coordinate on these disparate fronts in the fight, Murray says.

She points to the 2018 fight over the Mississippi law at the center of the Supreme Court's decision in the Dobbs case. At the time, a proposed law in the state, which has since stalled, would have made it easier to register to vote.

Many Black women see a connection between voting rights and efforts to end abortion, Murray says. But instead of fighting on both fronts, abortion-rights activists remained focused solely on abortion.

"I don't want to criticize any particular organization, but I will just say I don't think there was much of an effort until quite recently to think of all of these things as threats that worked in concert," she says.

And, they ignored red states

Michelle Colón, the co-founder and executive director of SHERo Mississippi, an abortion-rights group, says among abortion-rights advocates, there has been a long-standing lack of cohesion.

Activists in places such as California, New York and Washington, D.C., were not very concerned about what was happening in red states, such as Mississippi, according to Colón.

"People still cared about Texas and Florida because they had ... the electoral votes that were in double digits," she says. However, "as long as it stayed below the Mason-Dixon Line in states that had nothing to offer politically [to] the national Democratic Party ... mainstream organizations didn't care."

This made it easier, she says, for abortion opponents to seed cases in the courts that would chip away at reproductive rights first and then ultimately prompt the end of Roe altogether.

Carol Sanger, a professor at Columbia Law School, says it is also important not to discount the anti-abortion movement's deep pockets. Thanks to donors such as the billionaire brothers Charles and David Koch, there was no lack of funding, she says.

Andrea Miller, president of the National Institute for Reproductive Health (NIRH), agrees. "This really was about the degree of funding and diligence and focus," she says.

"That's really where the blame should lie. [Abortion opponents] were very clear about their goals. They were incredibly determined and refused to ever give any ground," she says.

Conservatives focused on the courts

In 2016, Senate Republicans led by then-Majority Leader Sen. Mitch McConnell, citing the nearness of the presidential election, took the unprecedented step of refusing to consider then President Barack Obama's nomination of Merrick Garland to the Supreme Court. In relatively quick succession came the 2018 retirement of Justice Anthony Kennedy, once a key swing vote on the court, and the death of liberal Justice Ruth Bader Ginsburg in 2020. Together, these events, Sanger says, were "almost impossible to overcome."

Despite strong headwinds facing his judicial nominees, Obama deserves "some blame" for not being more aggressive in pushing them through, she says.

Thanks to McConnell, former President Donald Trump got three Supreme Court appointments, giving conservatives a 6-3 majority: Instead of Garland, it was Neil Gorsuch; Kennedy was succeeded by Brett Kavanaugh; and Ginsburg was replaced by Amy Coney Barrett. Barrett's nomination was confirmed just days before the 2020 presidential election, despite McConnell's earlier objections to the timing of hearings on Garland's nomination.

It was at the moment when Barrett's nomination was confirmed that the eventual overturning of abortion protections seemed all but certain, says Mary Ziegler, a professor of law at Florida State University and the author of several books on Roe v. Wade.

Despite the conservative gains and the missteps of progressives, "there was no moment when it became inevitable really until Amy Coney Barrett joined the court," she says.

Before that time, there were no guarantees for either side. "This is a case of conservatives doing a lot of things right [and] progressives doing things wrong," Ziegler says.

Case in point, conservatives rallied voters around the idea of capturing the courts and using them to fight battles they were having trouble winning in the states and in Congress. By contrast, progressives did a poor job of grassroots organization, Ziegler says, by largely failing to convince voters that the courts are "an issue that you should care about, that control of the courts was something you needed to worry about."

The NIRH's Miller also concedes that the messaging could have been better. "I actually think 'safe, legal and rare' was a mistake," she says, referring to a slogan picked up by then-candidate Bill Clinton in 1992.

There was never any reason to stigmatize abortion, Miller says. "The reality is that there has always been a need for abortion, regardless of whether it's legal or not."

The immediate fight will play out in the states

So, where do abortion-rights advocates go from here?

Any federal law protecting abortion would be difficult or impossible to pass — and would be nearly certainly struck down in light of Dobbs. An executive order from President Biden would likely suffer the same fate.

"It's going to be much harder for conservatives to enforce bans on abortion than to pass them," Ziegler notes. "So one thing progressives are going to do, and I imagine probably do fairly successfully, is just say, 'OK, this is the law on the books in the state, but good luck enforcing it.'"

Finding an acceptable approach to enforcement is already proving a challenge in some states with newly enacted anti-abortion laws, such as Utah and Texas, where courts have temporarily blocked abortion bans from taking effect.

Meanwhile, a majority of Americans have consistently supported abortion rights and, according to an NPR/PBS NewsHour/Marist National Poll that came out on Monday, that still holds.

Progressives "have some advantages," Ziegler says. "Namely that this is not a decision that's in line with popular opinion, including in some red states."

The states are likely to be the prime battleground for abortion-rights advocates moving forward, Miller says.

"The path forward really is through the states," she says. "I believe that that is really the place where if greater attention had been paid, perhaps we wouldn't have seen quite the tsunami in 2018 or the number of bills restricting access to abortion and now banning abortion."
Copyright 2022 NPR. To see more, visit https://www.npr.org. 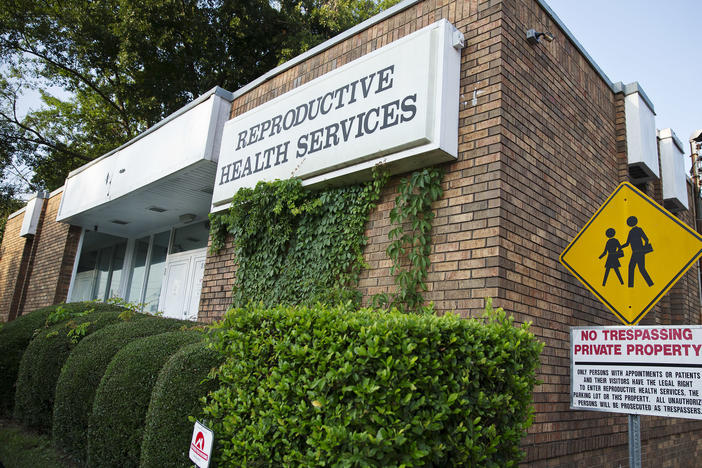 In the month since the Supreme Court voted to strike down Roe v. Wade, 43 clinics across 11 states have halted abortion care, a research group says.

A lawyer for the doctor who performed the abortion sent a cease and desist letter threatening legal action against Attorney General Todd Rokita for suggesting the doctor may have broken the law. 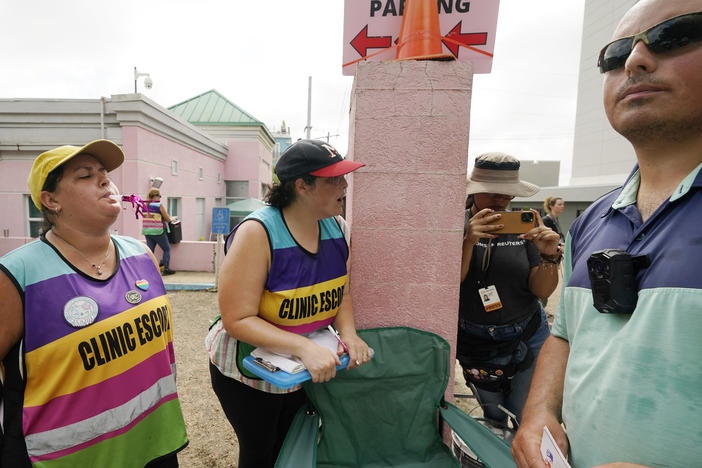