With Roe overturned, state constitutions are now at the center of the abortion fight 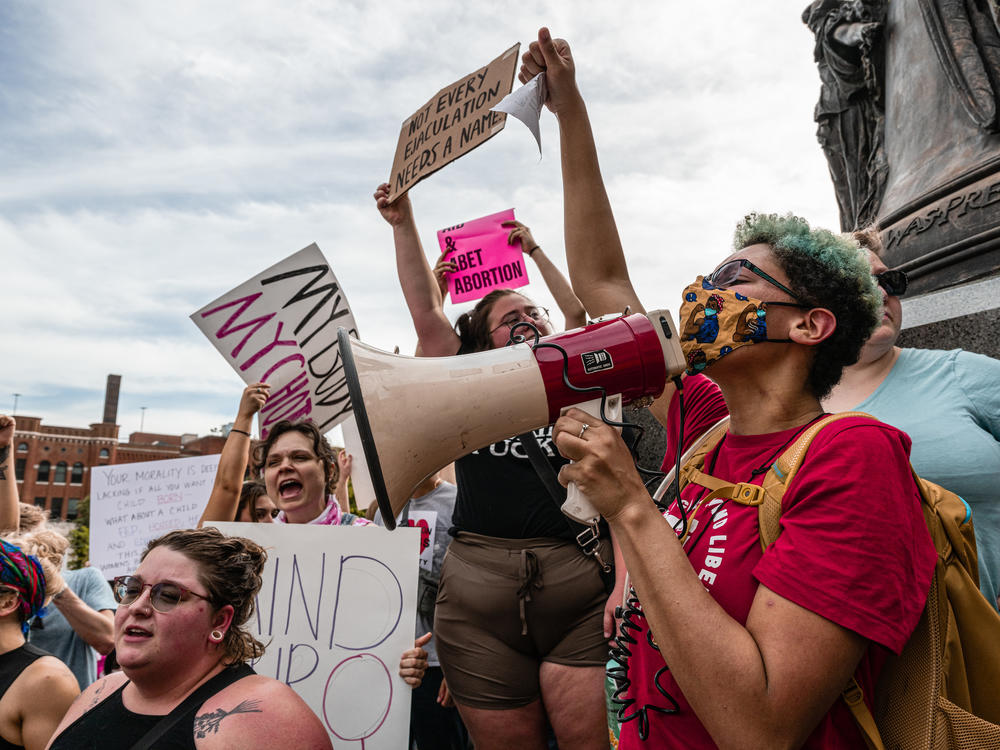 Abortion rights protesters in Louisville, Ky., after the Supreme Court announced it had voted to overturn Roe v. Wade. On Monday, abortion rights advocates filed a lawsuit arguing that the Kentucky state constitution protects the right to abortion.

For decades, the legal battle over abortion focused on the U.S. Supreme Court and its guiding document, the U.S. Constitution.

Now, with Roe v. Wade overturned, the legal spotlight has shifted to the states, where abortion supporters and opponents must contend with 50 different constitutions that, in many places, guarantee rights more broadly than their federal counterpart.

The legal chaos has already begun. In a half-dozen states and counting, lawsuits argue that new restrictive abortion laws are in violation of state constitutions.

So, too, the stakes have grown for ballot measures scheduled this year to amend those constitutions, whether to protect the right to an abortion or eliminate it.

"For anyone who thought, 'Oh, Roe v. Wade is done and now this whole thing is over' — I have bad news," said Mary Ziegler, an abortion law expert at the University of California Davis, tells NPR. "This is just going to be an even more complicated chapter that we're entering into."

And experts say the uncertainty could continue for years to come, given the relative ease of amending state constitutions and the judicial elections in many states that can result in rapid changes to a court's ideological makeup.

In the days since the Dobbs decision, abortion rights organizations have filed lawsuits challenging state courts to find a right to abortion in at least four states, including Utah, Kentucky, Idaho and Mississippi. (Some other active legal challenges, including lawsuits in Wisconsin, Louisiana and Texas, do not ask judges to evaluate the constitutionality of abortion rights. Rather, they point to administrative errors or other enforceability questions as reasons for judges to invalidate the laws.)

They join two lawsuits in Florida and Michigan that were filed in anticipation of Roe being overturned. At question in Michigan is a nearly-century-old abortion ban that had long gone unenforced. In Florida, Gov. Ron DeSantis signed a law in April that would ban abortions after 15 weeks. It has since been challenged by Planned Parenthood, which has asked a judge to block the law before it takes effect at the end of the week.

All of the legal challenges emphasize the disruptions to a person's life and the risks to their health and economic security that come with pregnancy and childbirth.

But the lawsuits are not identical. Each appeals to specific lines of legal theory unique to each state, citing different state provisions and different case histories to support their arguments.

In Utah, Planned Parenthood's suit argues that the state's trigger ban violates seven different sections of the Utah state constitution. A judge has temporarily blocked Utah's abortion ban as a result of the lawsuit — allowing abortions there to resume for 14 days.

The Idaho lawsuit points to a history of legal decisions by the Idaho Supreme Court that advocates say indicate a right to "intimate familial decisions," including procreation. In Kentucky, the ACLU has appealed to that state's legal traditions of privacy and self-determination.

And in Mississippi, Jackson Women's Health Organization — the abortion clinic at the center of the Dobbs case — filed a new lawsuit Monday.

"Mississippians still have a separate and independent right to privacy under the Mississippi Constitution that the Mississippi Supreme Court held encompasses a right to abortion," the lawsuit states, citing a 1998 decision by the state court that remains legally binding, the clinic's lawyers argue.

Like the U.S. Constitution, no state's constitution explicitly includes a right to abortion (or other reproductive rights, like the use of birth control).

But many describe rights to life, liberty and the pursuit of happiness. Others demand equal protection under the law.

And unlike the U.S. Constitution, 11 states explicitly guarantee a right to privacy, an important legal underpinning of the original Roe decision in 1973.

"There's all kinds of generally phrased provisions in state constitutions that can be used to anchor litigation," said John Dinan, a professor of politics at Wake Forest University.

Courts in conservative states like Montana and Tennessee, for example, have struck down laws designed to limit abortions through imposing waiting periods or onerous regulations for clinics.

Another example is Florida, said Ziegler, where a privacy clause was added to the state constitution in 1980. "Ever since then, Florida has had fewer abortion restrictions than you would have expected because of that state's constitutional provision," she said. 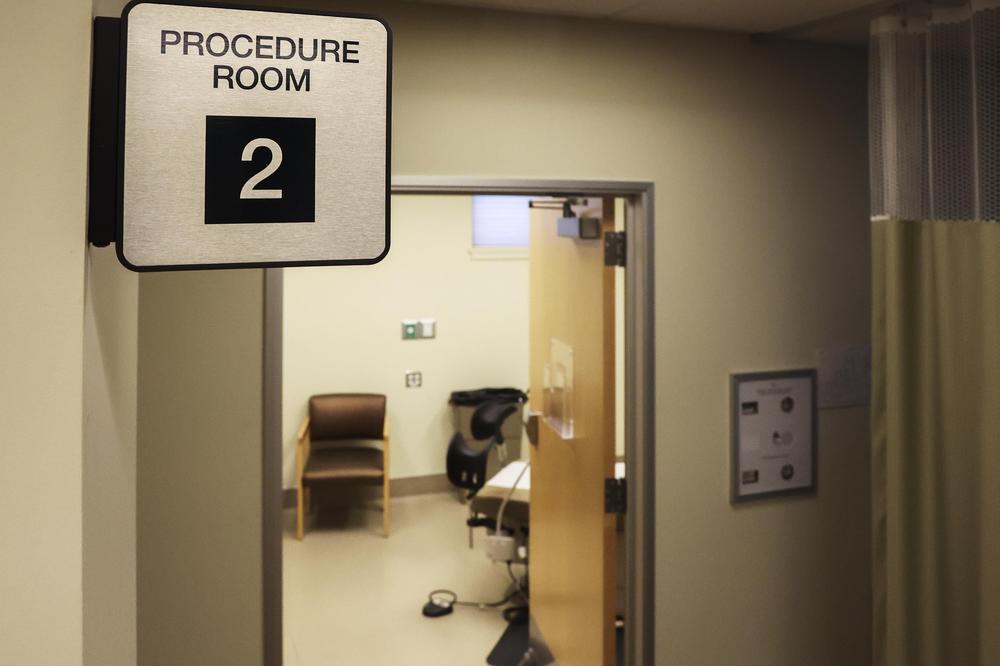 The rise of anti-abortion constitutional amendments

In the 2000s, anti-abortion activists vexed by state supreme courts began to turn to a simple solution: Amend the constitutions to explicitly eliminate the right to abortion.

State constitutions are generally much easier to change than the federal Constitution. Once a state legislature has proposed an amendment, most states require only a simple majority of voters to approve it. (Voters have amended their state constitutions more than 700 times since 2006, according to Ballotpedia. By contrast, no effort to amend the U.S. Constitution — which requires a two-thirds vote in the House and Senate, along with ratification by 38 states — has been successful in decades.)

In 2014, Tennessee became the first state in the nation to enact an amendment that expressly declared no right to abortion in the state's constitution. Alabama, West Virginia and Louisiana have since followed suit.

In August, voters in Kansas will become the first to consider such an amendment in a post-Dobbs political reality. Kentucky will vote on another in November.

In Kansas, the state's supreme court voted in 2019 to find a right to abortion in the state constitution's "life, liberty and pursuit of happiness" clause. That ruling remains in effect today — meaning abortion is legal in Kansas despite Dobbs. That could change if voters approve the amendment in August.

Now, abortion rights advocates are turning to the amendment solution, too.

Four states and the District of Columbia have already codified the right to abortion throughout pregnancy, according to the Guttmacher Institute, a research group that advocates for abortion access. That includes New Jersey and Colorado, which passed those measures earlier this year.

In Vermont, voters in November will consider a first-of-its-kind constitutional amendment guaranteeing "personal reproductive autonomy." On Monday, in the wake of the Dobbs decision, legislators in California approved a similar ballot measure to put to voters in November.

An abortion rights group in Michigan backed by the ACLU, is working to gather enough signatures to do the same there.

High court judges in 38 states are subject to elections, according to the Brennan Center — whether they are elected directly by voters, or appointed initially then later face retention votes. In many states, partisan governors or legislatures appoint judges.

"This is all going to be very much in flux and very much open to popular influence and popular votes in elections," Dinan said. "You can have one state supreme court voted in. Then several years later, it can change."

Look at Iowa, he said, where this month the state supreme court overturned a ruling from just four years ago that had outlined a broad right to abortion. Since the original ruling in 2018, the state's Republican governor, Kim Reynolds, was able to replace four of the court's seven judges, opening the door for a new decision.

No matter which view of abortion voters may take, the new focus on state constitutions heightens the importance of voting in state elections. According to Ballotpedia, nearly 90 state supreme court seats are on the ballot this year.

"States have been doing this the whole time, and the stakes have been higher than most Americans realize," Ziegler said. "I think this is something that's probably overdue in terms of people paying more attention and understanding the importance of state constitutions for the rights we have." 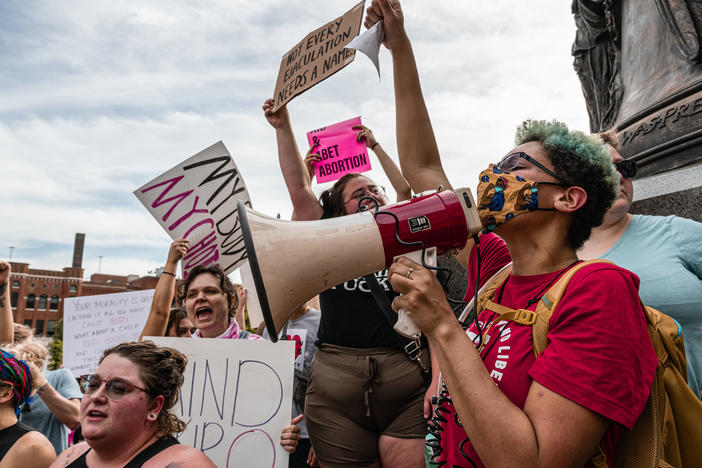 With Roe overturned, state constitutions are now at the center of the abortion fight

In a sense, what was one battleground has become 50, as advocates on both sides of the abortion issue race to put the issue before state constitutions. Half a dozen lawsuits are already in court. 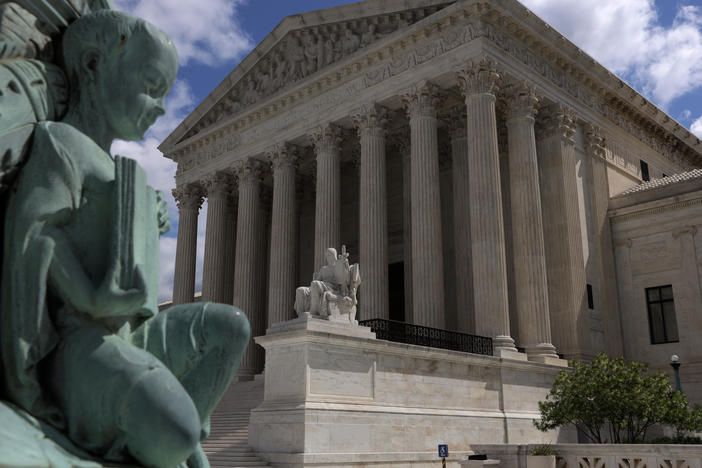 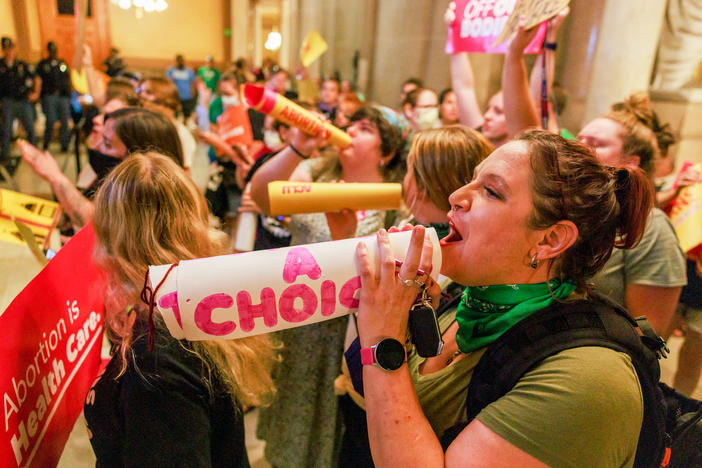 A cascade of new abortion restrictions known as "trigger bans" are taking effect in the aftermath of the Supreme Court decision overturning the right to the medical procedure.