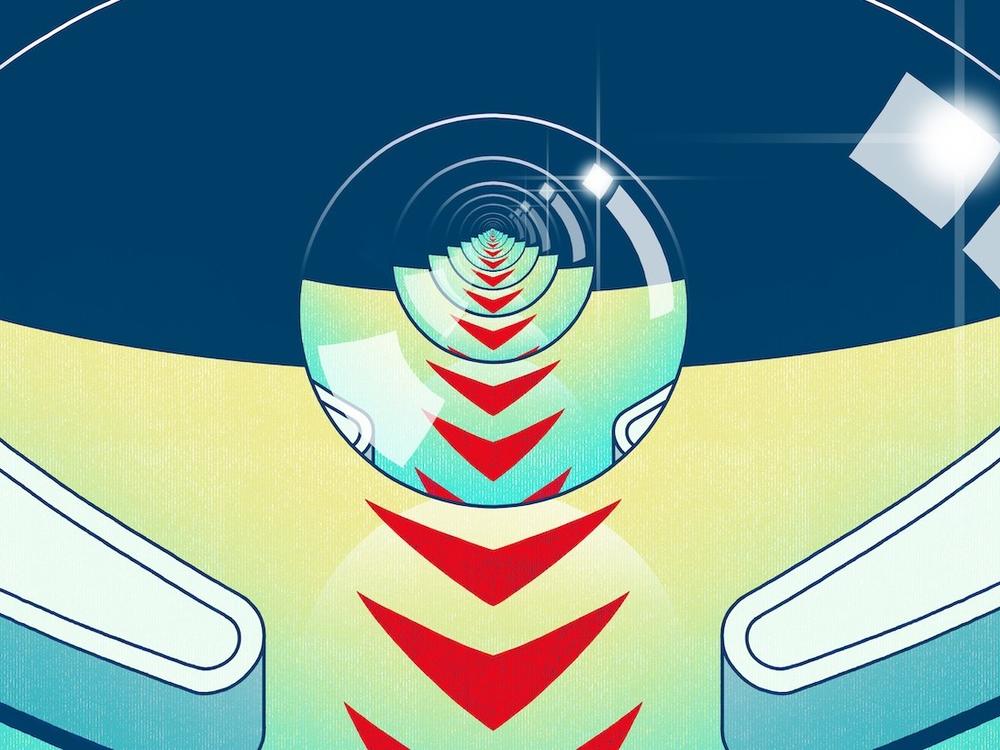 I fell in love in the back of a punk rock Mexican restaurant and bar in Baltimore. Not with my husband, though we'll get to him later. I fell in love with pinball.

For many, the draw of pinball is nostalgia. Not for me. I can't remember playing before I was in my 20s. But when I got my hands on a machine for the first time at age 25, I was hooked by the bells and chimes, the rhythmic flippers and the spinning silver ball. Soon, I was regularly trading in dollar bills for pockets full of quarters, looking for my next game.

It wasn't long before I was introduced to the world of competitive pinball. Yes, that is a thing — and people take it really seriously. 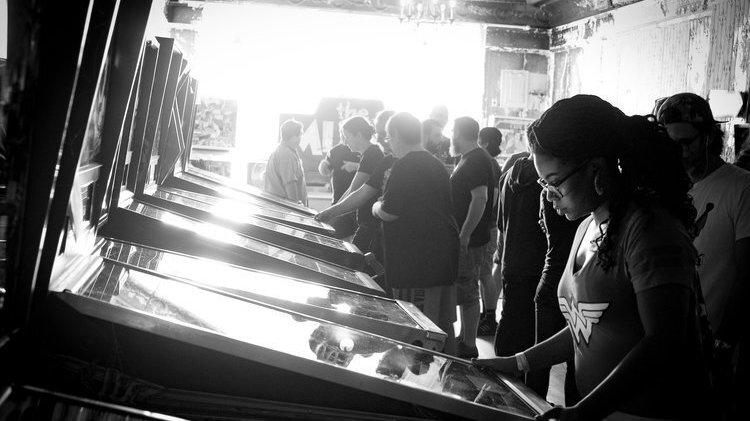 There are leagues and tournaments around the world, where people who love pinball gather to play games against each other on sets of machines that span decades. Competitors square up on banks of games at apartments, bars — or for larger events where machines fill the floor in hotel ballrooms and convention centers. And yes, there are often prizes.

At first I wasn't very good. In fact, in the first game of my first season in a league, I nervously committed a major faux pas. I played out of turn, which meant I was disqualified from that game. I was mortified. There were a few tears, but I kept showing up. And I got better.

And even when I wasn't getting better, I was getting obsessed.

I sought out machines far and near

Before long, I found myself hopping in the car and traveling for tournaments, in our area but also out of state. Going to theNew York City Pinball Championships in Manhattan and Pinburgh in Pittsburgh became annual "family vacations" for my husband and I. I got to play in the first Women's International Pinball Tournament — which, despite playing poorly, has been one of my most memorable experiences.

There were also quieter moments, like when we stumbled upon a machine tucked away in the corner of a rest stop. With the help of the crowdsourced database Pinball Map, I was able to explore the dozens of pinball bars and restaurants that have popped up in my hometown since I moved away.

My husband and I even started to put together our own dream basement arcade. The games span decades. My husband drove out of state on a surprise errand a few years back and came home with a Game of Thrones machine, which is manufactured by Stern. He wrapped it in wrapping paper as a Christmas present, complete with a bow on top. We recently moved Mini Cycle, a game from the 1970s, into our house, after a friend in the neighborhood was moving and couldn't take it with him.

But most importantly, pinball is also how I found my people. 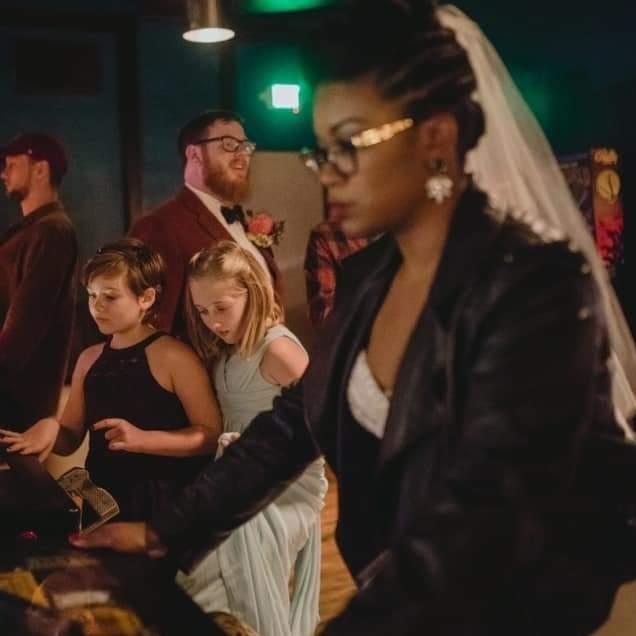 Juana Summers playing pinball on her wedding day, with her husband and stepkids pictured in the background.

Pinball brought me a community

I moved to Baltimore from Washington, D.C. in 2015, but my job requires a lot of travel, meaning there weren't many easy opportunities to make friends. Playing in a pinball league gave me a way to connect — and it led to some lifelong friendships.

Within an hour of getting married, I ducked out with my husband (photographer and stepkids in tow) to play a few games at a local bar. The owner and his wife have become some of our closest friends, and were guests at our reception. And our officiant: A woman we met playing in our pinball league.

When my grandmother died last year, a group of women pinball players — some of whom I have never met in person before but have been talking to about competitive pinball initiatives for years — sent a beautiful flower arrangement.

The pandemic dealt a blow

While the onset of the pandemic was a boom for many types of gaming — because you could do it from home, safely — it wasn't great for competitive pinball.

The hobby that I love involves machines that can weigh more than 300 pounds, and playing together means gathering in person. (Virtual pinball is a thing – but doesn't quite feel the same.) Competitive pinball wasn't pandemic-proof. Tournaments stopped, leagues suspended operations, and arcades and other locations across the country felt the strain financially.

We ended up renting a machine for a couple months from a friend who was an operator. It was a way to support his business — but it also gave us something to lose ourselves in, at a time when nothing felt certain.

Pinball has kept me going

After a 2-year, pandemic-enforced hiatus, I got back to playing competitively again this spring.

That's how I found myself taking a nearly two-hour road trip to a brewery in the Virginia suburbs to play in a women's tournament organized by my friend Stephanie, one of the top-ranked pinball players in the world. 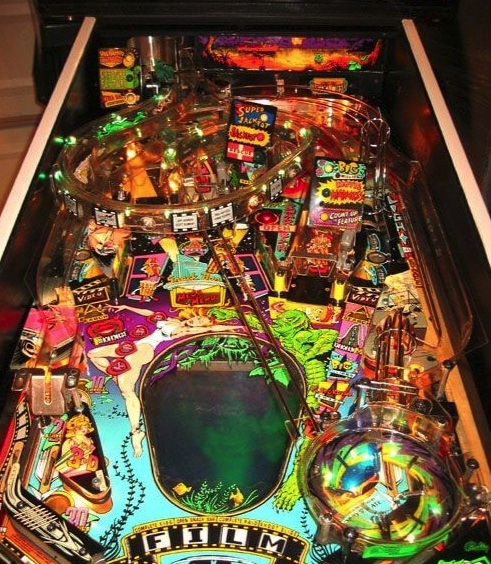 Eighteen players showed up on a Sunday afternoon. For some, it was their first tournament. Some others, like Stephanie and I, had been playing for a long time. It was a strikes tournament. You win your game, no strike. You lose? You get a strike. Four strikes and you're out.

Playing in that tournament was one of the first times in years that I'd been able to silence everything else in my head and just focus on the game in front of me. For a few hours, there were no looming news deadlines, no thoughts of what I was going to feed everyone for dinner. I just had to focus on the balls in front of me, the shots I needed to make, staving off the elimination I had to stave off.

I wound up knocked out in a squeaker of a loss in a game of Guardians of the Galaxy and took fourth place that day. If I'm being honest, I wish I had been able to overtake the other players in that last game. Like with anything in life, I am relentlessly critical of my own pinball performance.

But it was nice to be reminded of why, even after years away, I will probably always love pinball — and everything (and everyone) it's brought to my life. 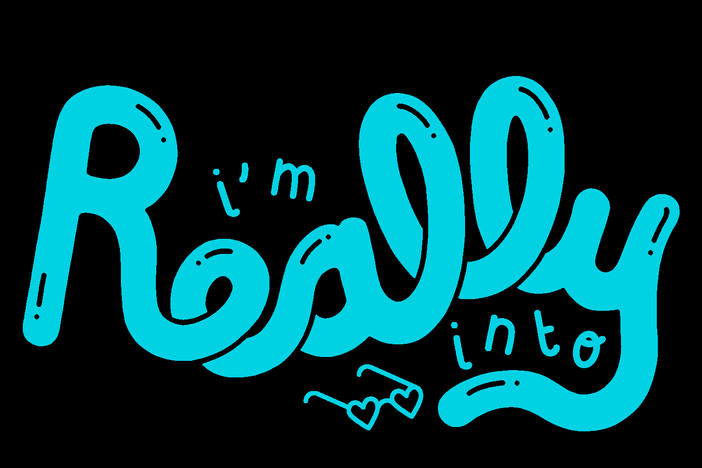 From rapping to raising goats, you've got some wonderful hobbies

We asked NPR readers and listeners to share what they're really into and why it brings them joy. If you need a new hobby, here are a few unconventional ideas. 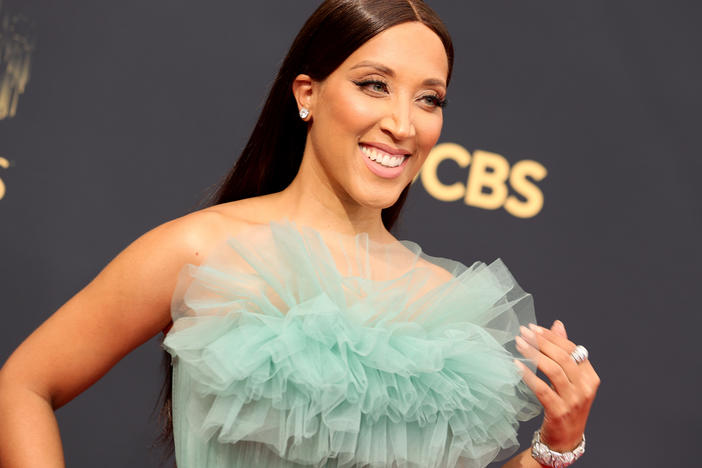 Robin Thede is the creator and star of HBO's A Black Lady Sketch Show, which is nominated for five Emmys this year. But, what does she know about Bob Ross' Joy of Painting, a white dude painting show? 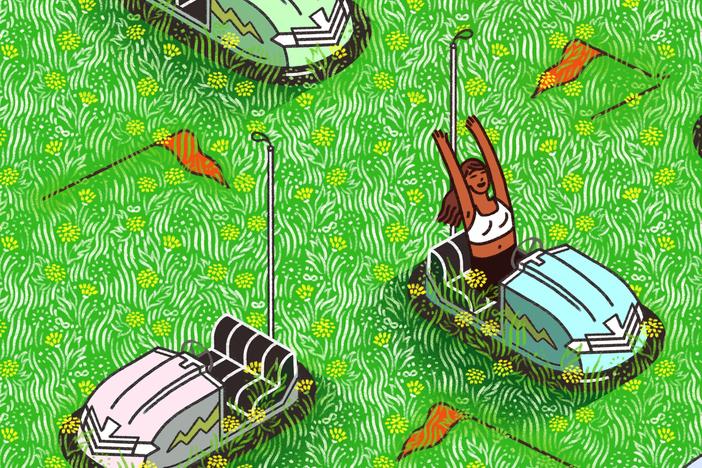 What we've lost — and what we've found — in abandoned theme parks

There's something fascinating about the life and demise of theme parks — the taste of nostalgia, that everything has an end, the unforgiving churn of capitalism, the loss of beloved structures.