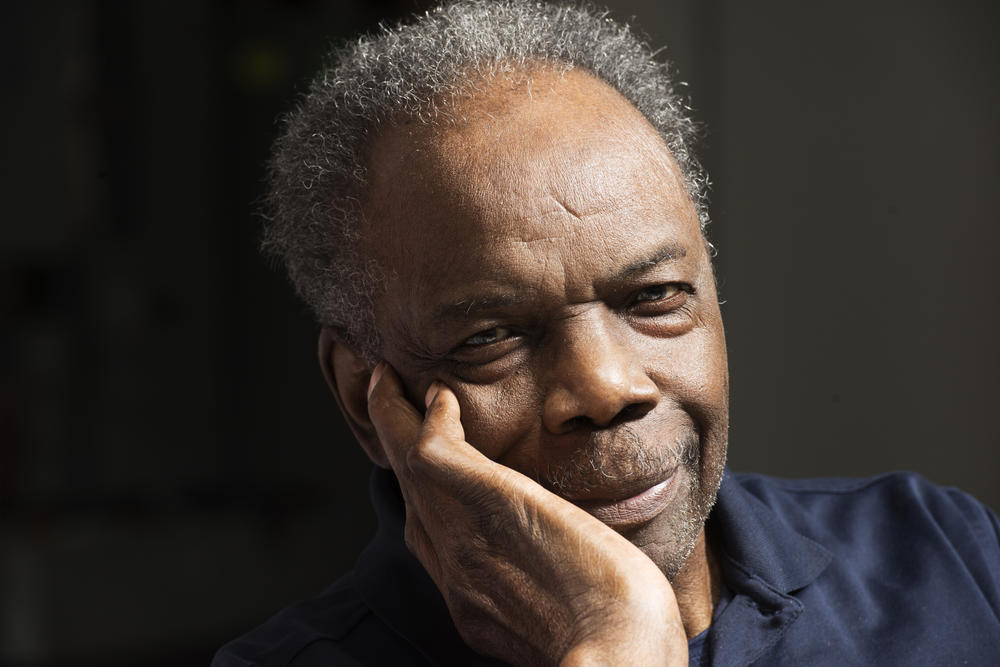 One of the most important and influential abstract visual artists in the U.S. has died: Sam Gilliam, a great colorist whose work influenced generations of artists, was 88 years old. His death was announced by the Pace Gallery, which had represented him since 2019.

Gilliam was born in Tupelo, Miss., in 1933 as the seventh child of eight, born to a father who worked on the railroad and a homemaking mother. He attended the University of Louisville for both bachelor's and master's degrees, but in 1962 moved to Washington, D.C., where he lived and had his studio for the rest of his life. He became one of the leading artists of the Washington Color School — a 1950s movement that emphasized large fields of color.

He was very interested in freeing his paintings from the boundaries of canvases and frames. Instead, in his Drape works of the 1960s, he took unstretched canvases and hung them from ceilings or pinned them in great waterfalls to walls. Each time his work — part painting, part sculpture — was installed in an exhibition, it hung differently, never the same way twice.

In a 2018 Morning Edition profile, Gilliam explained that the intention behind his Drape work was "to develop the idea of movement into shapes" — and that he was inspired by laundry hanging from a clothesline.

During the late 1970s, he thickly painted canvases, and then cut out and rearranged geometric shapes. The results evoked both African American quilts and the improvisations of the jazz music he loved. 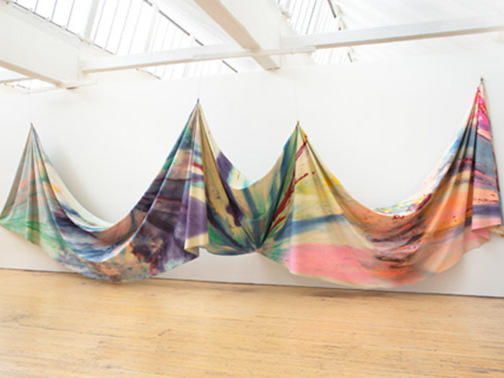 Sam Gilliam's 1968 work Double Merge, which is currently on display at Dia Beacon in Beacon, N.Y.

In 2016, Gilliam debuted a 28-foot public work commissioned by the then-new Smithsonian National Museum of African American History and Culture.

His work is represented in the collections of some of the world's most celebrated museums, including the Metropolitan Museum of Art and the Museum of Modern Art in New York; the Art Institute of Chicago; the Tate Modern in London; and the Musée d'Art Moderne in Paris.

Currently, the exhibition Sam Gilliam: Full Circle is on view at the Hirshhorn Museum and Sculpture Garden in Washington, D.C., through Sept. 11, and his work Double Merge is on view at Dia Beacon in Beacon, N.Y.

Gilliam was also the recipient of solo shows at New York's Museum of Modern Art, the Studio Museum in Harlem and the Whitney Museum, as well as at the Phillips Collection in Washington, D.C. In 2015, he was awarded the U.S. State Department's Medal of Arts Lifetime Achievement Award.

In the 2018 Morning Edition profile, the then 84-year-old Gilliam said that he felt that he was in his prime, despite health challenges. "I've never felt better in my life. I stopped drinking, I stopped smoking. I live for this period of being in the studio and actually working." 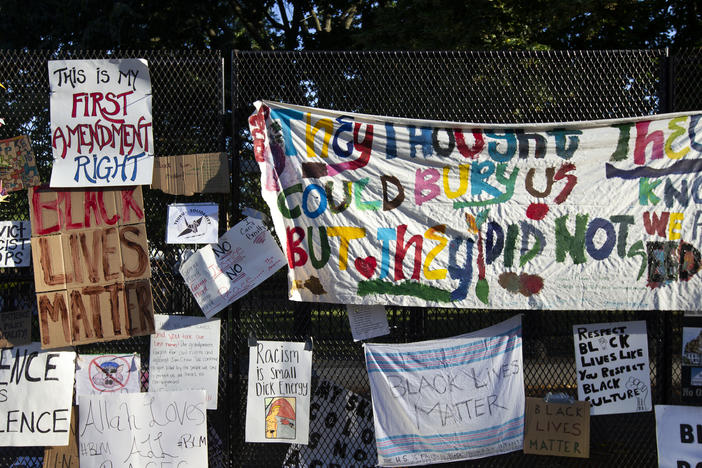 Artwork from the Black Lives Matter memorial has a new home: the Library of Congress

The artwork that once served as a memorial to the movement is being displayed in a new online exhibit at the Library of Congress. So far, 33 pieces are posted. 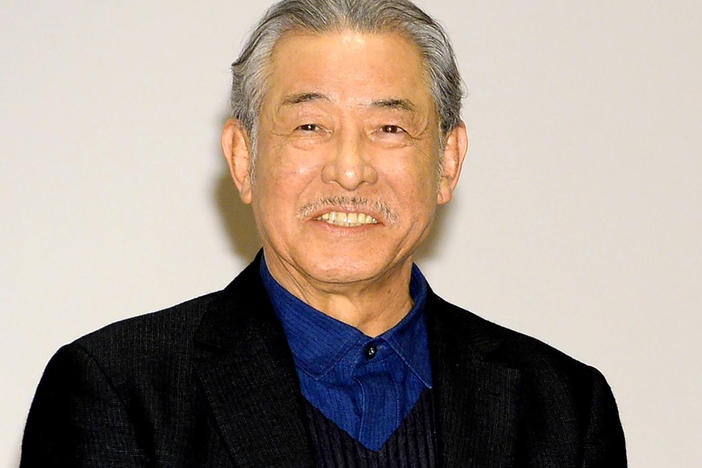 Miyake defined an era in Japan's modern history, reaching stardom in the 1970s with his origami-like pleats that transformed usually crass polyester into chic. 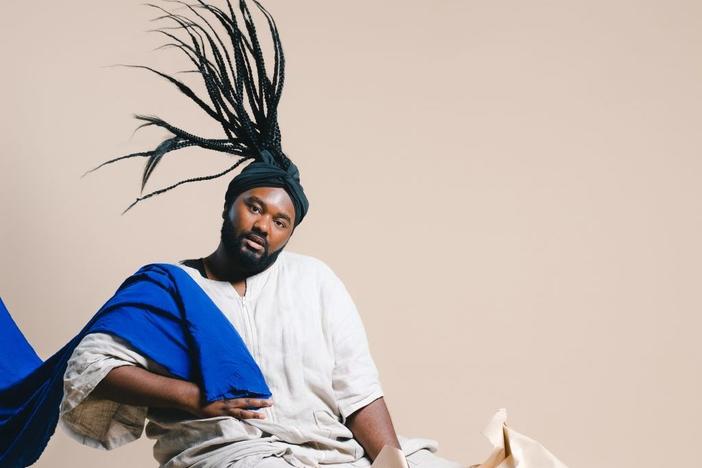 Musician and artist Tunde Olaniran is a rising star from Flint, Michigan whose exuberant work comments on serious issues such as environmental injustice and the carceral state.